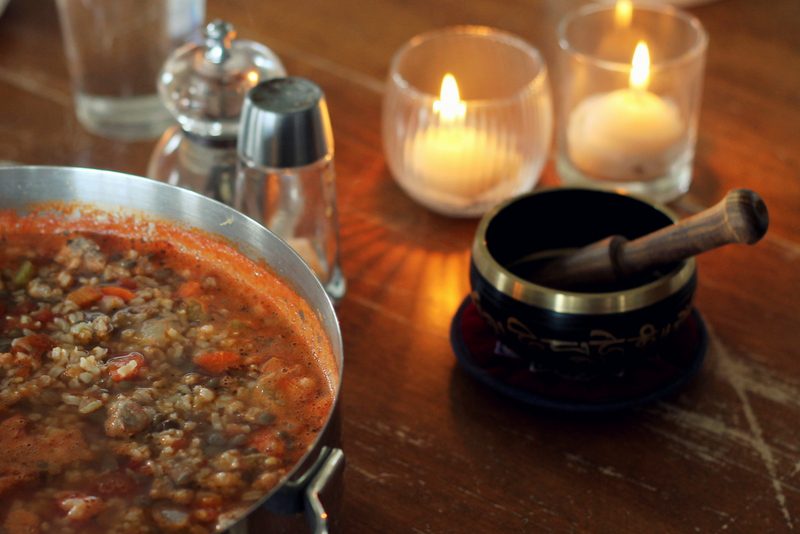 Several weeks back, Ree wrote about one of her favorite family movies: The Crash Reel, a youtube documentary about snowboarding. After doing a little research (here’s the trailer), I decided it would be a good Sunday night family movie.

We loved it. It was about so much more than just snowboarding: fascinating family dynamics, Down Syndrome, and traumatic brain injuries. After watching, I felt filled up like I had just eaten a feast, so much had I gotten out of it.

The part that stuck with me was the family prayer time. Twice, they showed the family beginning their meal with a silent prayer, the start of which was marked by the mother striking a singing bowl. As the single note reverberated, the family bowed their heads. When the note faded away to nothing, the prayer was over.

I’ve long been a fan of silent prayer, that moment of stillness before the chaos of clattering silverware and raucous conversation. Mealtimes, I believe, even the ones in which we’d just as well be clawing each other’s eyes out as sitting at table together (and maybe those times especially), are sacred. Sitting together and eating is so simple it almost seems inconsequential, yet it’s anything but.

So now we have our own prayer bowl. It lends a ceremonial feel, a simple elegance, to our slapdash suppers. With one strike of the bowl, we grow still, together straining to listen as the note fades. When it’s gone, the silence lingers, leaving each of us with our own thoughts until I close the time with an amen. 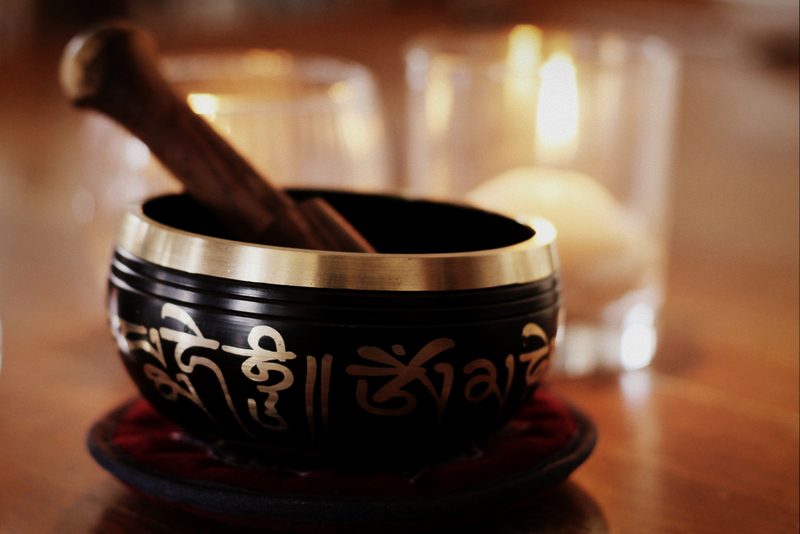 Does your family have a mealtime prayer tradition?
***

P.S. The bowl only rings for 10-15 seconds. At first this bothered me, but then I decided I liked the quiet that followed. For me, the purpose of the sound is to pull us into silence. However, it bothers my husband that it’s over so fast. Maybe this one would’ve been better?

This same time, years previous: mini merry maids, perfect pretzels with a side of poison, and meatballs.