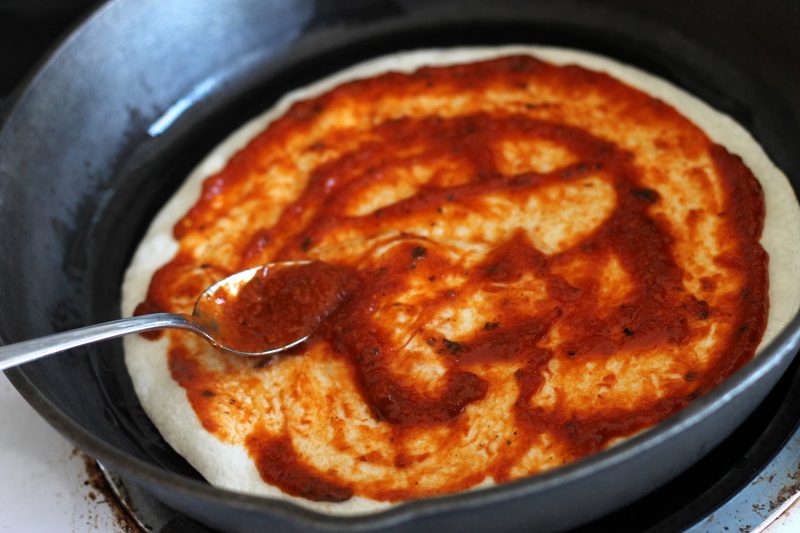 Last week Julie did a post about pizza made with a flour tortilla crust. At first glance, I thought her idea was stupid. I grew up creating makeshift pizzas from halved English muffins and bagels. Soggy-crusted and bready, those pizzas were never as good as the real deal. The tortilla pizza was bound to be just another disappointing creation. Or so I thought.

I was wrong. Turns out, these tortilla pizzas are unique and fabulous, and it’s all because of the two-step process: first on the stove top and then under the broiler. This method creates a crispy-thin crust that’s still chewy and pliable and a bubbly, golden brown, cheesy top. Pizza perfection in five minutes flat. 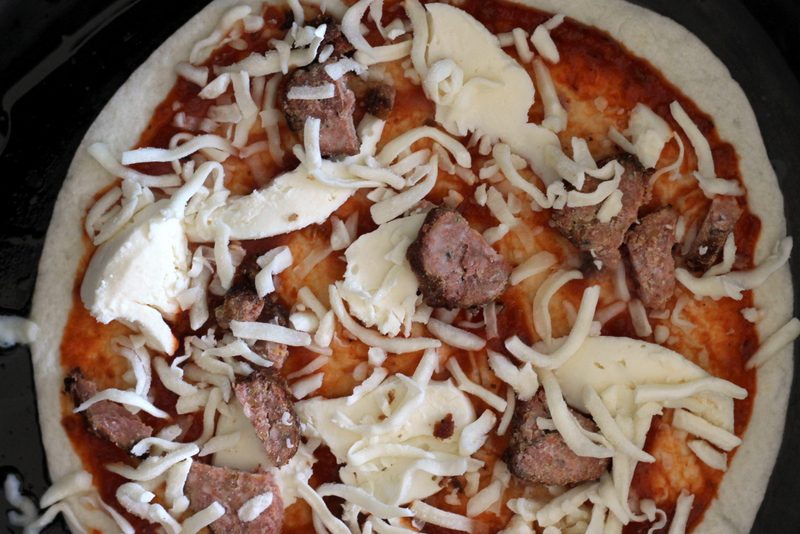 Even though these pizzas are a snap to make, if you’re feeding a small herd of people as I usually am, the process can get a little tedious. Like pancakes and grilled cheese, the process is not complicated, but you can’t leave your station. To speed the process, I use two skillets: while one pizza is being assembled, the other is broiling. 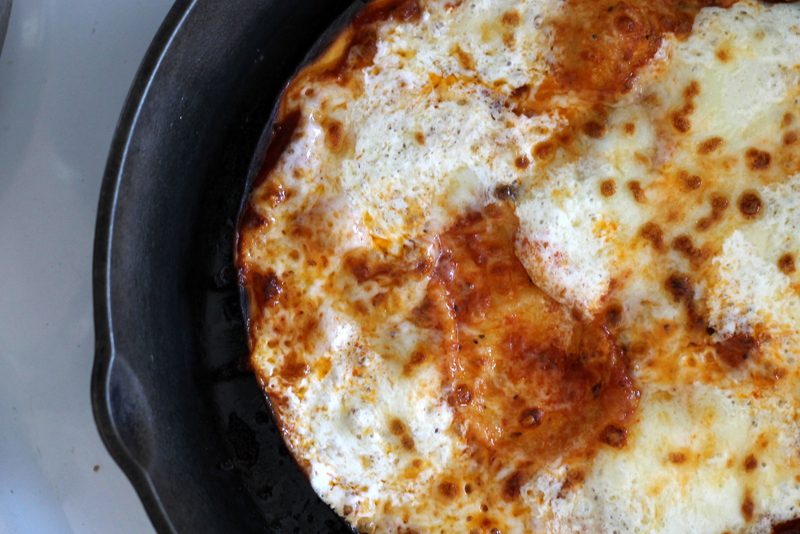 When I served these for supper the other night, the family went wild. A few days later, I made them again for lunch and got the same reaction. My kids usually eat two pizzas each, though my older son and husband can put away three or more in a sitting. 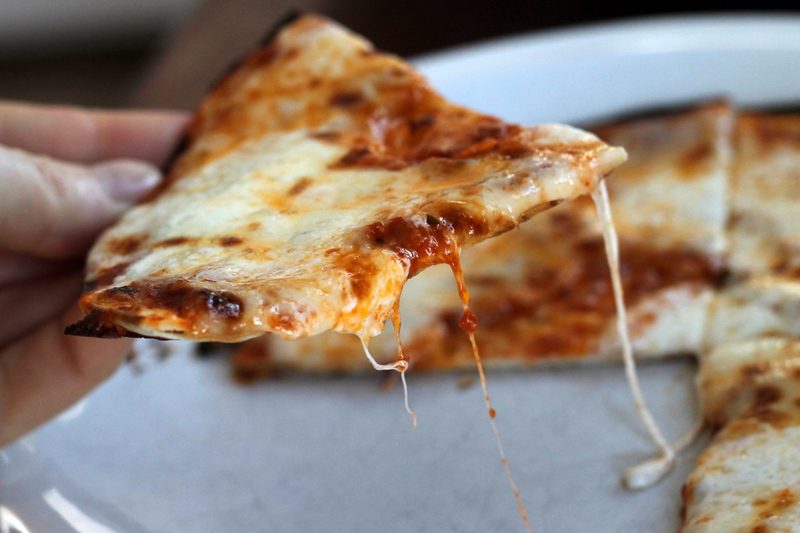 Crispy Pan Pizzas
With inspiration from Julie of Dinner With Julie.

In the photos above, I used a mixture of fresh mozzarella and grated, plus my homemade pepperoni (that the kids like better than the bought stuff!). I was rushing, so the pizzas aren’t quite as brown as they should be.

Set a cast iron skillet over a burner set to medium heat. Lightly brush the skillet with olive oil and smack in a tortilla. Smear the tortilla with pizza sauce, sprinkle it with cheese, and add your toppings. As soon as the bottom of the tortilla is golden brown—and you want to make sure it really is golden brown all over because this is what gives the pizza its structure and crunch—pop the skillet under the broiler for a couple minutes. Once the cheese is bubbling and brown, and the tortilla edges have crisped up nicely, the pizza is done. Slip the pizza onto a plate, slice it into wedges, and serve.

This same time, years previous: keep everlastingly at it, the quotidian (1.27.14), swimming in the sunshine, Friday evening fun, down again, Gretchen’s green chili, to meet you, and ode to the titty fairy.