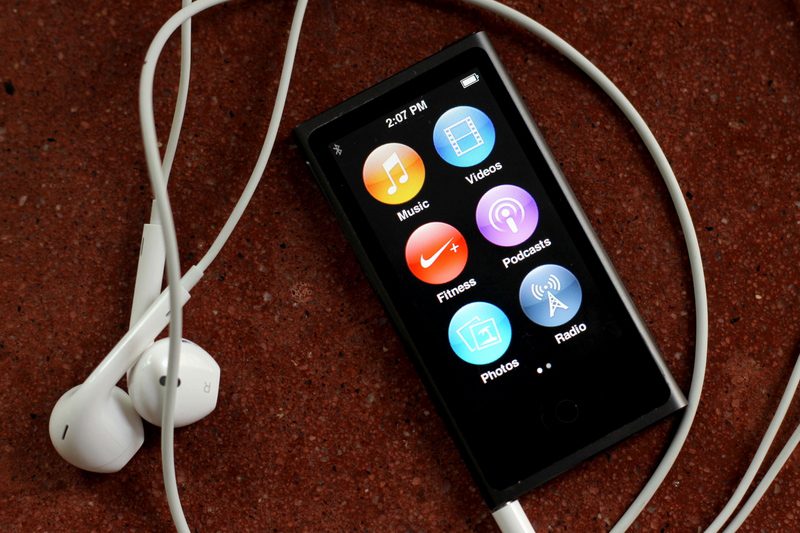 Listening…
My husband gave me an Ipod nano for my birthday. I was sick of always having to shut off NPR whenever any kids wandered into the kitchen/downstairs area—approximately every 3.4 seconds—not because I didn’t want them to hear NPR but because I can’t handle competing noises, which is funny because my children don’t take turns when they talk so you’d think I’d be used to it by now.

Anyway. Whenever I wanted to hear a podcast, I’d have to play it on the computer which involved navigating speakers and cords and then having a screen in the kitchen always drawing my eye when I just wanted to listen and cook without any pixelated distractions, and still, there was that same old problem of kid interruptions, plus some of the podcasts weren’t fitting for young ears, so I’d end up doing lots of deep sighing and dashing across the kitchen to hit the pause button.

(Actually, even with the Ipod, I still do a lot of sighing and hitting of the pause button because the kids can’t stand seeing me with earbuds stuffed in my ear holes, but at least there are no screens involved and no one else has to hear what I’m listening to.)

The Moth: fabulous storytelling that make for satisfying entertainment anytime. The older children enjoy them, too.

Limetown: a fictional mystery told a la Serial. My older daughter loves this one (because I let her listen after me). When the story gets tense, she stops whatever she’s doing and just stands there, frozen.

What are your favorite podcasts? I’m particularly interested in stories about raising kids without school, entertaining nonfiction, raw interviews with real people, etc. Also, do you know of any good podcasts geared for teens?

Watching…
Everest: my husband and I went to see this on his birthday. It was eerie to watch such an intense movie while having him whisper in my ear, I was in that village, or I landed on that runway, or Our helicopter was in worse shape than that one. Back home I announced to the children that they were never, under any circumstances, permitted to climb Mt. Everest. PERIOD.

Spare Parts: our most recent family night movie (from Redbox) about a high school robotics club that beats MIT. All four kids were engaged so it counted as a winner.

The Martian: both older kids saw it in the theater with their mentors and thoroughly enjoyed it.

The Newsroom: a show that my husband will watch with me! Much less glitz than most shows, and heavy on the news (obviously). Republican news anchor Will McAvoy’s rant in the very first show is pretty awesome. Through Amazon Prime.

How The States Got Their Shapes: a pleasant way to get a grip on US geography. The only difficulty is finding time to watch it when everyone is home, including Papa. Through Netflix streaming.

Reading…
I inhaled my Aunt’s new cookbook (!!!), Baking With Whole Grains: Recipes, Trips, and Tricks for Baking Cookies, Cakes, Scones, Pies, Pizza, Breads, and More! This is the same auntie who gave us our recipe for salsa and blueberry bars. 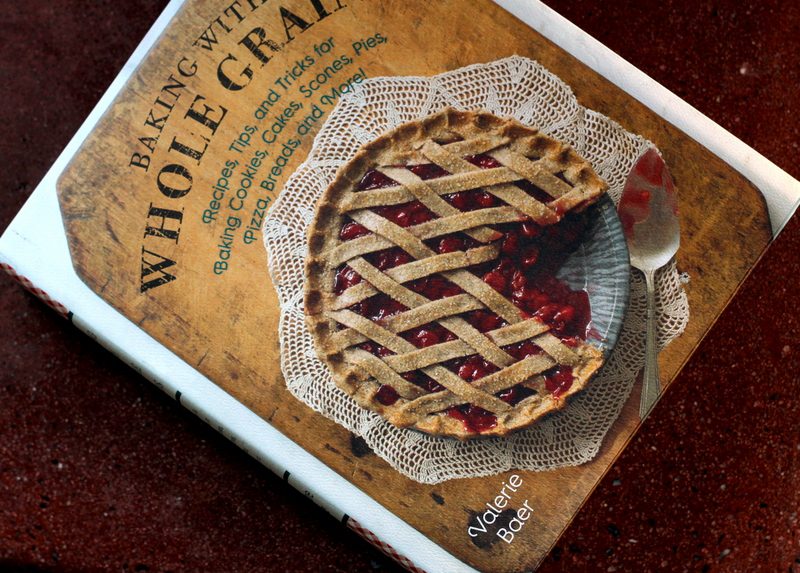 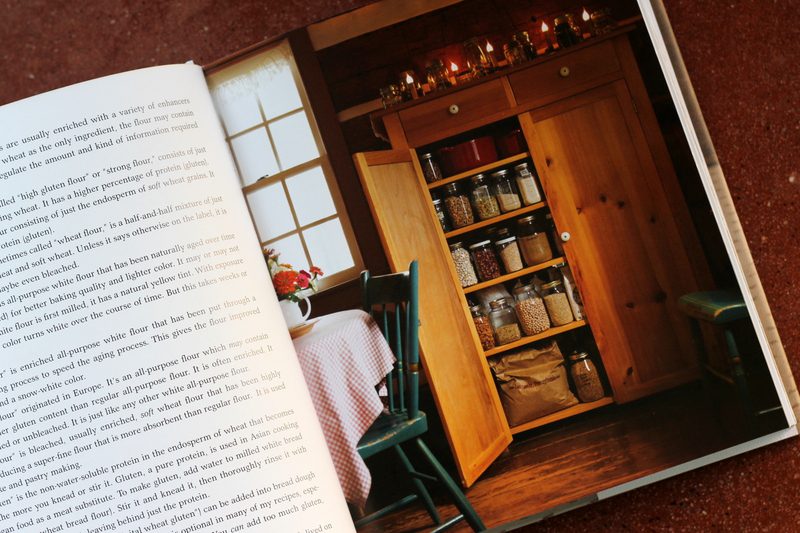 Check it out, y’all. The woman knows her way around a wheat field and a kitchen.

11/22/63 by Stephen King. My very first King read and the experience was not traumatic! And then I bought The Eyes of the Dragon because the reviews said it’s a good read for young teens and adults alike. Currently, my husband is in its clutches.

On Writing: A Memoir of the Craft by Stephen King. I read the library’s copy and then ordered my own from Amazon because it’s amazing and because I want my older son to read it this year. King is fascinating.

Bird by Bird by Anne Lamott. This is my selection for our next book club meeting so I recently skimmed it in preparation for our gathering. (Current dilemma: to serve pie or scones or something else altogether….)

The Elements of Style by William Strunk Jr. and E.B. White. Ordered from Amazon because King wouldn’t shut up about it. It’s next up on my reading list (and it will be assigned reading for my older son, as well).

Crash-Proof Your Kids: Make Your Teen a Safer, Smarter Driver by Timothy C. Smith. Despite hating the title (sounds way too much like helicopter parenting and it contained a typo which does not inspire confidence), I ordered this one because my sister-in-law told me to. In a household bursting with new, and soon-to-be-new drivers, it’s a fitting book to have laying around. The kids find it quite interesting. Even the nine-year-old has taken to reading sections out loud just because.

Why Not Me? by Mindy Kaling. A breezy read.

Holes by Louis Sacher. This is what I’m reading out loud to the children. The younger two don’t remember it, and my older daughter and husband are enjoying the repeat performance. (My son is excused to read other stuff since this book is way too familiar to him.) Also, at the kids’ urging we’ve been reading some Edgar Allen Poe. It is October after all.

What the kids are reading:
Older son: Into Thin Air by John Krakauer.
Older daughter: Unbroken by Laura Hillenbrand.
Younger daughter: anything from The Dork Diaries by Rachel Renee Russell.
Younger son: Harry Potter and the Half-Blood Prince by J.K. Rowling. 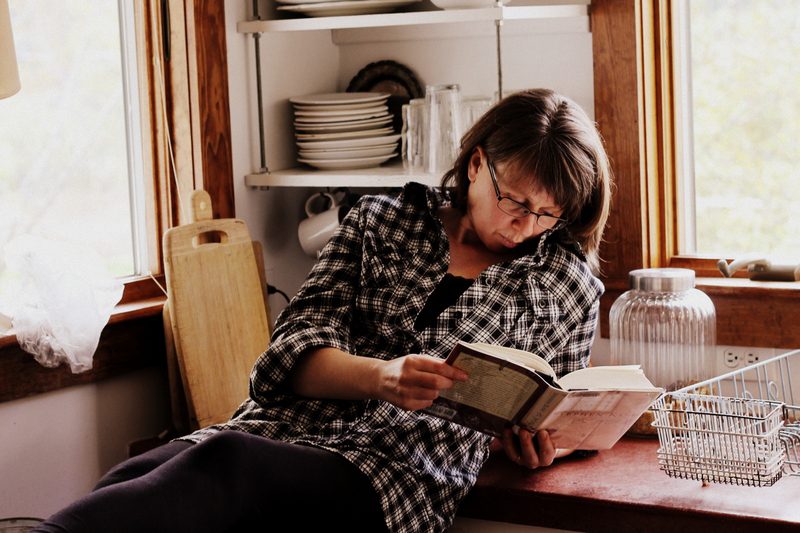 What are you watching, listening to, and reading right now? Inspire me!

This same time, years previous: the business of school, the quotidian (10.29.12), how to bake a pie on the stovetop, and Go Obama!.