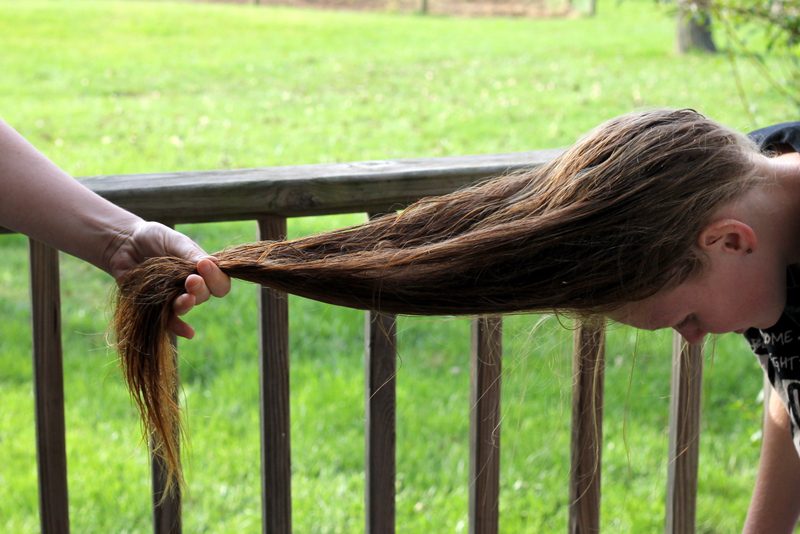 My older daughter decided she wanted to cut her hair. She wanted a bunch taken off, she said, but she still wanted it long, or at least long enough to pull back into a ponytail.

“Look,” I said. “You have two options. One, you can get it professionally cut. I’ll chip in 15 bucks towards the cost and you’ll have to pay the rest out of pocket. With long hair like yours, the cut should last about a year, so it’d be worth the investment. Or, I could Google it and do it myself. Your choice.”

Ever the thrifty one, she opted for the home-cut version. So after work one day, while she was in the shower washing off the horse stink, I logged onto YouTube for a crash course in layering. I didn’t understand most of what I watched, but I got the general idea.

First off, just for kicks, I did the what-you’re-not-supposed-to-do cut: flipping the hair over her head, pulling it straight out and chopping it off. It worked fine (ha), but she wanted it shorter. And more layered. So I set about experimenting. “It’s a good thing your hair grows fast,” I chirped. “I’m probably going to screw this up.”

I was following the directions, but suddenly her hair looked way too short. My husband stepped out on the porch to have a look-see and actually gasped. So I told her to sit tight and ran back inside to re-watch the video. I was doing it right. Or mostly right, anyway. Thus reinforced, I went back outside and continued hacking away.

And it turned out amazingly fine! Dramatically lightened and plenty long enough for a ponytail. She could hardly quit tossing her head long enough for me to snap some photos. 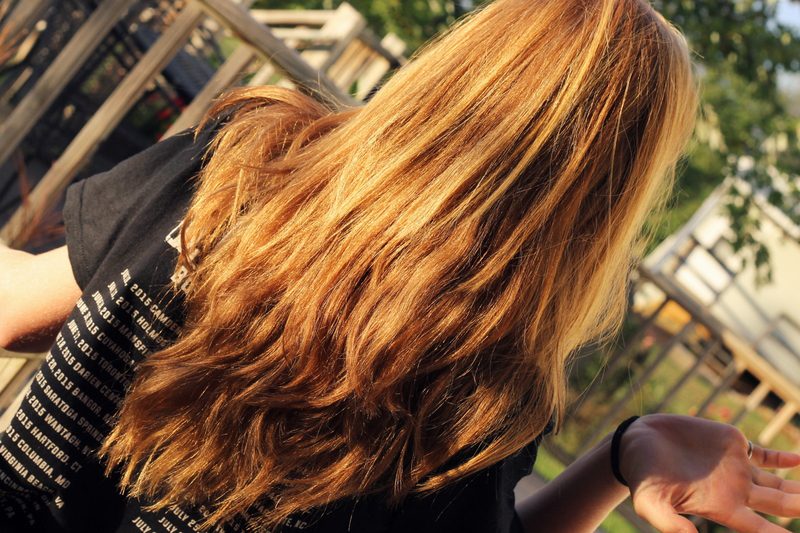 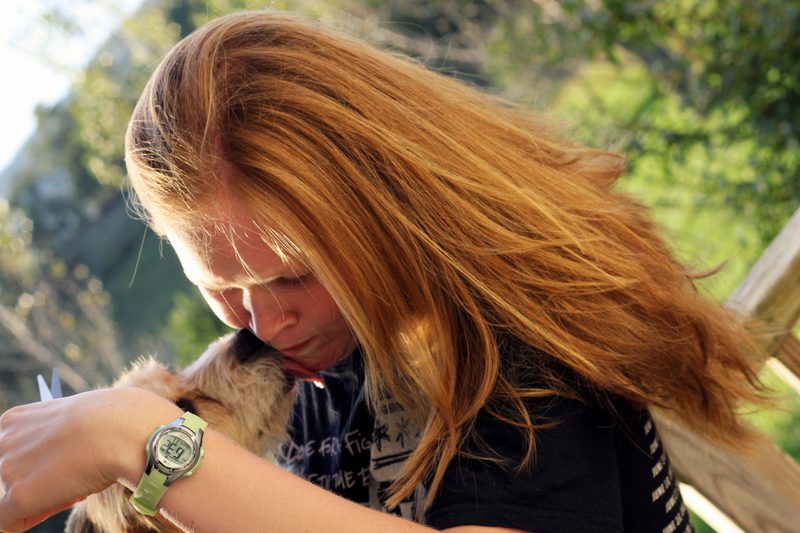 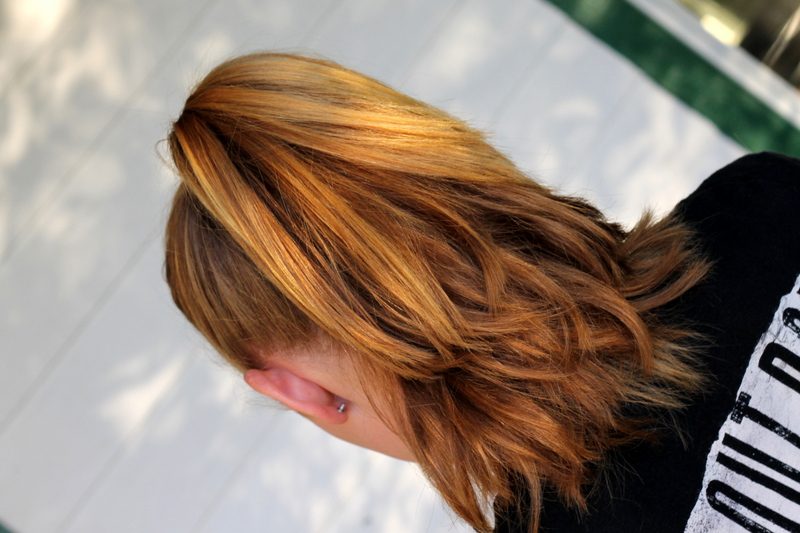 I still need to do some touch-up around the face—shaping and texturing, something—but it’s no biggie. Cutting long hair is much easier than I thought it would be. 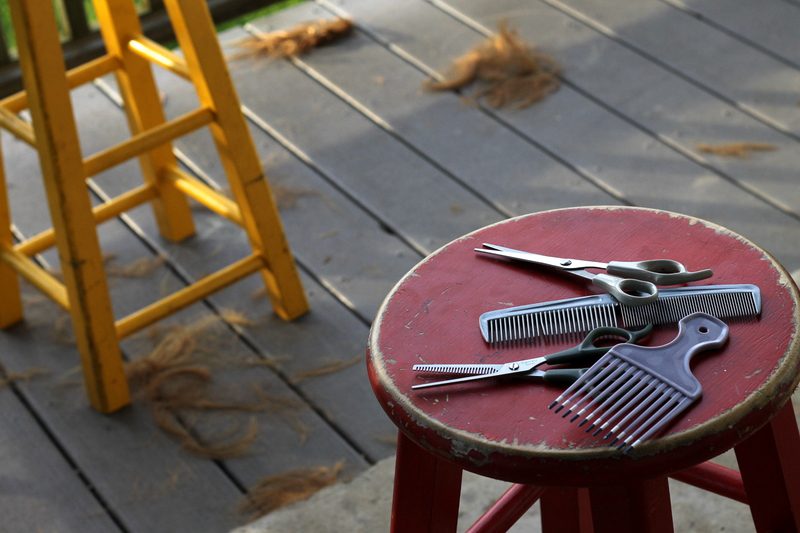 This same time, years previous: on quitting, in which I have a come-to-Jesus moment, the run around, minute by minute, she outdid herself, a jiggle on the wild side, a list, and my beginnings.