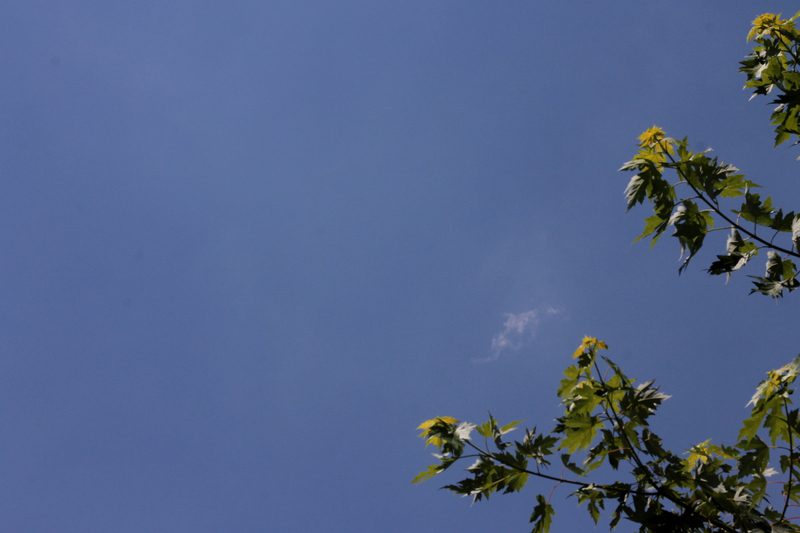 Last week when I went to the midwives for a routine check-up (I am not pregnant), I learned (from a blood draw that ran amok—have you ever had them pierce a nerve instead of the vein? I practically levitated right out of my chair) that I have a vitamin D deficiency. So take the vitamin D pills, the midwife said.

Back home, I read up on vitamin D deficiencies. From the research, it would appear that pretty much everyone has one. Those who are most susceptible include dark-skinned and obese people, as well as people who consistently use sunblock or stay out of the sun. Even though you can get trace amounts of vitamin D from food, this vitamin is actually manufactured by the body—exposure to sunlight is what triggers the production—which means that vitamin D is not an actual vitamin. While some sources said a supplement is adequate, others said that the only effective way to raise levels is through noontime sun exposure to the trunk of the body (insert elephantine trumpet sounds).

So I did something I never, ever, evereverever do: I laid out. Because I’m so pasty pale and ridiculously sun sensitive, I set the timer for just ten minutes before hoisting my shirt and making myself comfortable on the deck, my head on a pillow just inside the shady doorway. (Once I asked my husband to take a picture, but he refused, claiming the glare from my stomach was too blinding.) That evening I noticed that my stomach was covered in little red, raised dots. Did I burn that fast? Good grief.

Over the next week I continued to sunbathe off and on, never for more than ten minutes and sometimes for as little as five. The dots persisted. In fact, my whole stomach was a puffy, non-itchy rash. Was it hives? Did I have a sun allergy?

As luck would have it, this was the week I was scheduled to see my dermatologist for (yet another) routine check-up. After scrutinizing my stomach, she declared it a heat rash. It was perfectly harmless, she said. I could continue to toast my tummy in moderate amounts, should I wish. But why not just take the pills? She added that right now researchers are reevaluating the recommended range for vitamin D levels. Since so many people are deficient, they’re questioning whether they might have set the levels too high.

So now I’m wondering how to proceed. Should I take the pills? Keep sunbathing? Ignore the whole thing? I’m at a loss.

PS. The dermatologist told me I have beautiful skin. After a minute or two of pondering that unexpected observation—I consider my skin to be functional, not beautiful—I asked what her indicators were for beautiful skin. No sun damage, she said. No sun spots and discoloring. That’s funny, I said, because I had horrible sunburns as a child. Well, you’ve taken such good care of your skin that you’ve reversed the damage, she said. Huh. I had no idea skin damage could be reversed. Did you?

This same time, years previous: do you strew?, heading north, the quotidian (7.30.12), a quick pop-in, shrimp, mango, and avocado salad, and experimenting.