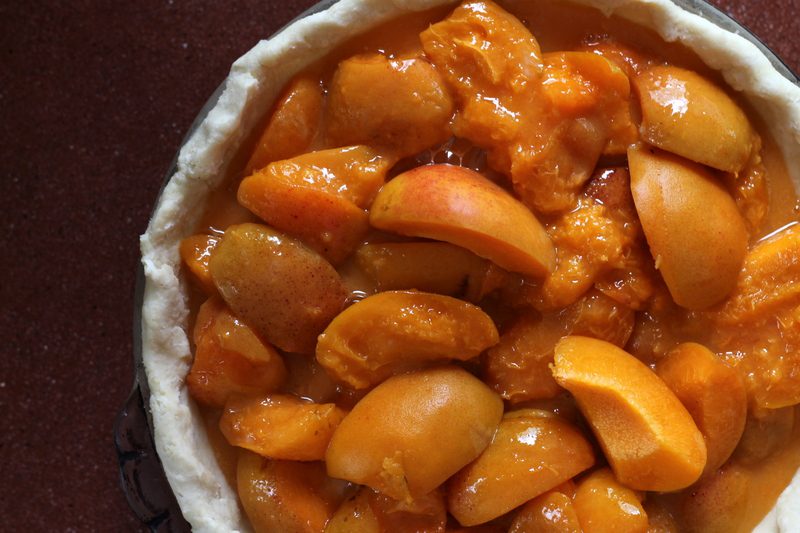 I realize that apricot season is almost over—I just whirled the last few golden orbs into a smoothie for the kids’ lunch yesterday—but then I saw them in the grocery store so I know they’re still somewhat relevant. And anyway, I keep doing this silly thing called Forgetting That The World’s A Big Place. Our apricots may be done, but yours might just be starting. Amazing, that.

Actually, I do this all the time. Think egocentrically, I mean. I’m not being selfish, really, just chronically oblivious to the fact that other people have realities that are different from mine. For example, I’ll read something fascinating but then won’t bother to write about it or link to it because I assume that, since I know it, everyone else must already know it, too. If we have fresh tomatoes (!) and no apricots, then such is the state of the world. If my children hit a rough developmental patch between the ages of nine and eleven, then all children must do the same. This probably also explains why I’m repeatedly caught off-guard when people ask me questions about things that seem so normal to me, such as homeschooling. It comes as such a shock that my perceptions are not theirs.

All this to say: perhaps you have apricots, yes? 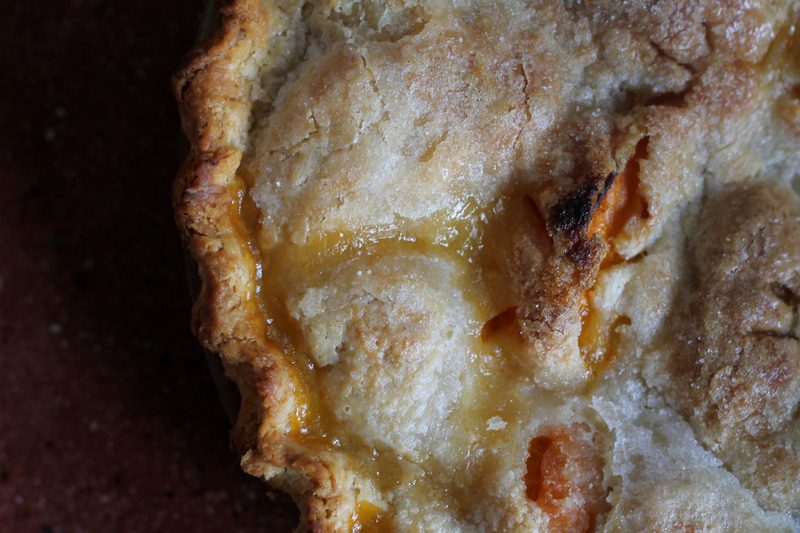 I skimmed through a bunch of apricot pie recipes before coming up with my version. Many of the recipes called for the addition of cinnamon or another fruit such as red raspberries. I’m sure they would all be delicious, but I wanted a straight-up apricot pie, no bells and whistles. This did the trick. 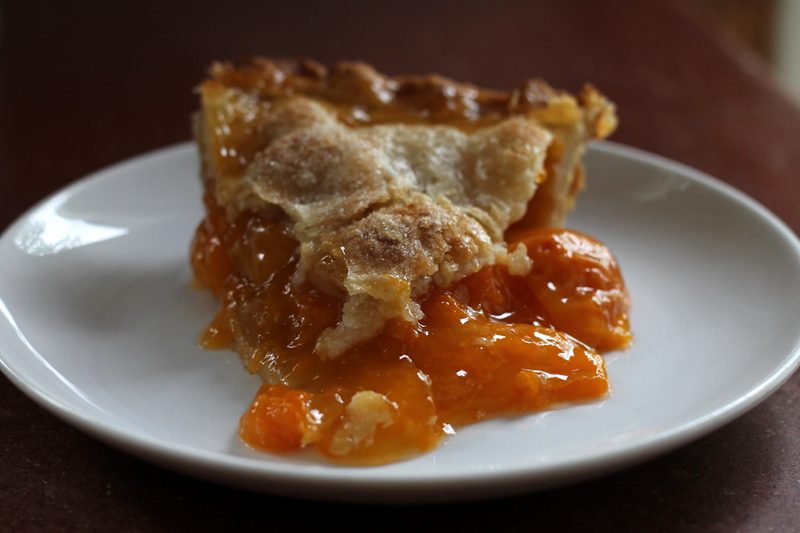 In a large bowl, gently toss the apricots with the sugar and thermflo. Line a 9-inch pie pan with one of the rolled-out pastries. Tumble in the sugar-covered ‘cots. Roll out the second pastry, cut a few air vents in the center with a table knife, and lay it over the fruit. Cut off the extra pastry and crimp the edges together. Brush the top pastry lid with half-and-half and sprinkle liberally with sugar. (I want to try this method next time.)

Bake the pie at 450 degrees on the bottom oven rack for about 20 minutes. Reduce the heat to 350 degrees and continue to bake for another 20-30 minutes. If the edges start to burn, cover them with some foil. If the juices start to bubble over, slip a piece of foil under the pie plate to catch the drips.