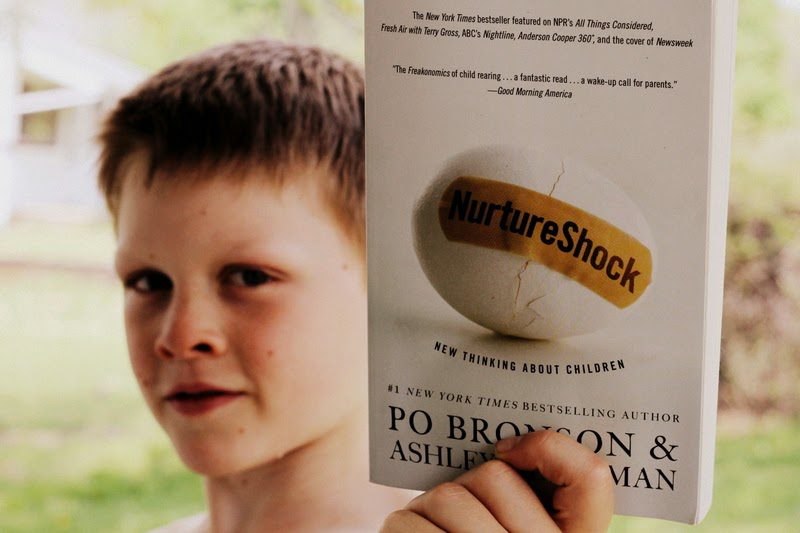 Upon seeing a friend mention NurtureShock by Po Bronson and Ashley Merryman on Facebook, I ordered it immediately. This is not like me. I’m much more likely to use Amazon to research books and then check them out through the library. But not this time. The book had scads of rave reviews, and I had a hunch I’d want to pass it around and use it as a reference. ‘Twas a smart move.

The authors’ premise is that we approach parenting with a lot of instincts that are actually just culturally-based practices. In fact, there is a slew of scientific research explaining how these “instincts” are actually false and harmful, but somehow no one is paying attention to the facts. These authors use the science we’re all ignoring to challenge our parenting methods and debunk our assumptions. So enlightening!

Some of their critiques of common parenting practices came as no surprise to me, but even so, it was refreshing to understand the Why and How. Other critiques were brand new and gave me pause. Just to give you an idea, here are a few concepts I gleaned (interpreted with all my biases and therefore not at all scientific, so don’t quote me). 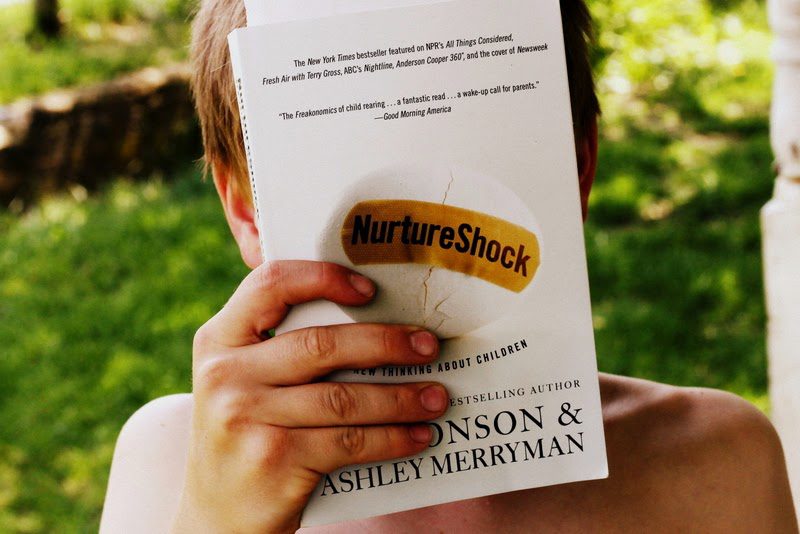 *Parents feel that arguing with their teens is a bad thing, but it doesn’t seem to bother teens that much. Also, teen arguing is actually a healthy sign of respect and shouldn’t be perceived as a threat to the parent-child relationship.

*Adults are motivated by praise; children not so much. In fact, praise unmotivates children.

*Observing healthy conflict has no negative effect on children as long as they also see the resolution. In fact, kids need to observe conflict and reconciliation. So don’t start an argument with your spouse in front of the kids and then finish it in private. Put it out there.

*For adults, playtime is a way to relax and rejuvenate; for children, it is crucial to their development.

*It’s pointless to do IQ testing on children before the second grade and yet we do it on a regular basis (sometimes as early as 9 months) and then lock children into (or out of) gifted programs.

*White parents don’t teach their children about race because they hope their kids won’t notice it. This is false. The window of opportunity when children are most receptive to learning about the equality of all races begins to close in early elementary school, so talk early and talk often.

*When children are consistently sleep-deprived (and children are, across the board, getting an hour less of sleep then they should be), it does irreversible brain damage.

But the idea that struck me as the most intriguing has to do with how children learn to talk. (Apparently there is a big push to get kids to talk earlier? I did not know this, or if I did, I’ve forgotten. All I remember about my kids learning to talk is being kind of happy when my kids couldn’t talk because, once they learned, I had competition.) In order to get kids to talk earlier, parents might do things such as make their babies watch language videos, speak to them in two languages, or keep up a running commentary of everything that’s going on.

None of this works. You know what does? Responding to the child. If parents notice what the child is looking at something and then name it, or if they respond to their child’s babbling with physical affection, their child’s language learning increases with leaps and bounds. In other words, kids learn language best when they initiate the learning process and the adults follow their lead and respond accordingly.

Which sounds like good evidence in favor of self-directed learning, yes? When children—or adults, for that matter—initiate their own learning, learning happens so much more efficiently and effectively. Our role as parents is not to lecture our kids, or flood them with information, but rather to observe them closely and then respond at their level. This is so simple it feels stupid, but it works. 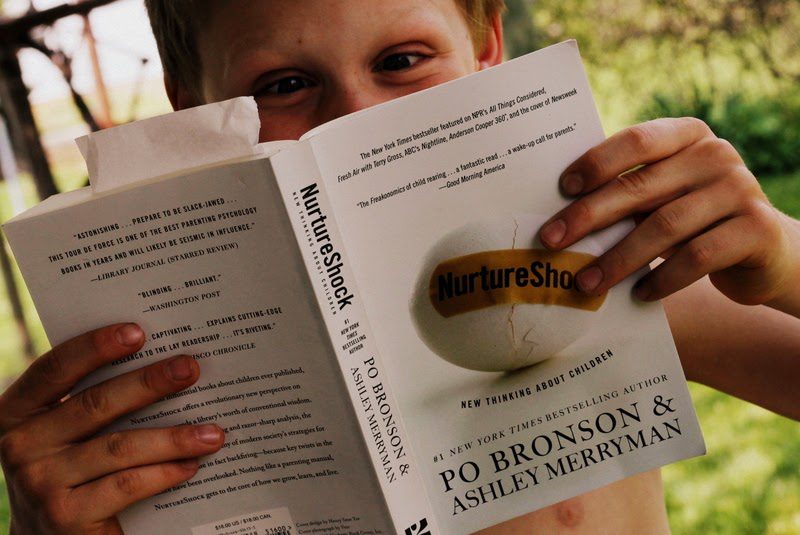 To be fair, I don’t think the authors once mentioned homeschooling, but I felt that many of the concepts affirmed the practice. For example, take this paragraph on page 194 regarding children and socialization (a question that homeschoolers field with exhausting regularity). For more punch, I suggest reading it out loud.

We thought that aggressiveness was the reaction to peer rejection, so we have painstakingly attempted to eliminate peer rejection from the childhood experience. In its place is elaborately orchestrated peer interaction. We’ve created the play date phenomenon, while ladening older kids’ schedules with after-school activities. We’ve segregated children by age—building separate playgrounds for the youngest children, and stratifying classes and teams. Unwittingly, we’ve put children into an echo chamber. Today’s average middle schooler has a phenomenal 299 peer interactions a day. The average teen spends sixty hours a week surrounded by a peer group (and only sixteen hours a week surrounded by adults). This has created the perfect atmosphere for a different strain of aggression-virus to breed—one fed not by peer rejection, but fed by the need for peer status and social ranking. The more time peers spend together, the stronger this compulsion is to rank high, resulting in the hostility of one-upmanship. All those lessons about sharing and consideration can hardly compete. We wonder why it takes twenty years to teach a child how to conduct himself in polite society—overlooking the fact that we’ve essentially left our children to socialize themselves.

This same time, years previous: the quotidian (5.5.14), fence, not what we’re used to, the quotidian (5.6.13), so far today, my boy, rhubarb chicken and mushroom chicken, rhubarb cream pie, I have nothing to say, the bike question revisited, naked pita chips, pounding the pulpit, and baked macaroni and cheese.