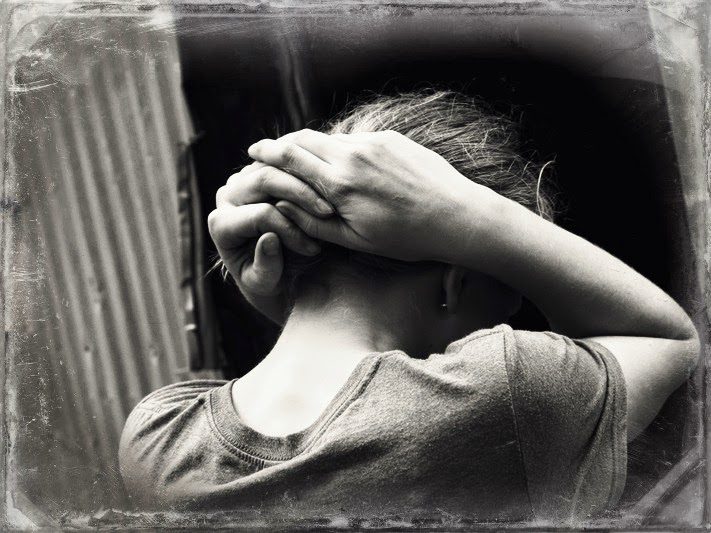 Have you heard the Fresh Air interview with Sally Mann? She’s a photographer specializing in black and white photos of life in the South, her family, decaying human bodies (from a forensics lab), a series of photos of her husband’s withering body, and—what got her a lot of negative attention from the media—photos of her young children, naked. Her pictures are stunningly raw and intimate.

Terry Gross opened the interview with the controversy surrounding Mann’s photos of her naked children. Terry painted a word picture of several of the photos, including this one: a young, naked girl leans against a bed, one hand on her cocked hip, the other hand touching her chest. Another child is in the bed under the covers. Immediately, all my red flags went up. How was this not child pornography?

But Mann was neither ruffled nor defensive. She simply explained the situation: their family lived in the deep South with not another human for miles around. It was so hot that her children rarely bothered to wear clothes, and they pretty much lived in the river all day long. That particular day, the older daughter was sick in bed. The younger daughter, the picture of health, was standing beside her, defiantly flaunting her good fortune over her laid-out sister. That was it: two sisters—one healthy and one not—juxtaposed.

I find it disturbing that I (and everyone else, apparently) was so quick to sexualize the children. And I am both fascinated and dismayed by how far my perceptions were from the truth.

Art in context makes sense. The risky thing about art, though, is that it’s rarely in context. It’s one person’s experience put out to the world for interpretation. In a sense, we’re all artists, shaping our lives, editing its meaning, curating our existence, longing for appreciation. No matter how carefully we craft ourselves, we are received differently, depending on the person.

That’s what I got out of Terry’s interview with Sally Mann: to approach people as I would art. To appreciate art—to appreciate each other—I need interest, open-mindedness, a few questions, and the time to listen, the only agenda being to hear what the other person wants to say.

It’s so simple, really. Remembering to do it is the hard part.

This same time, years previous: the quotidian (5.26.14), questions and carrots, we love you, Wayne, and de butchery.