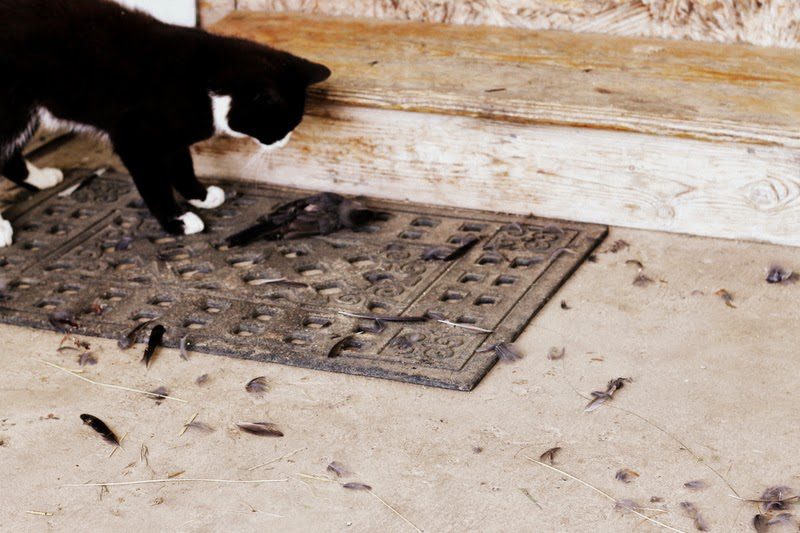 Hot weather has hit. All the trees have all the leaves (or they will in two more days), and they make that swoony swishy noise when the breeze blows. The birds are singing their fool heads off, building nests, and crashing into our windows and then getting eaten by the cat.

I’ve gone to the greenhouse twice. There is dirt under my nails and dirt clods (small ones!) on my kitchen floor. The children are sick of asparagus, the eggs are coming in fast, and for the first time ever, we have all the rhubarb we can eat. Yay for planting a second rhubarb patch!

The other day I found myself with some leftover sour cherry and rhubarb crunch and a half box of vanilla ice cream. Everyone knows that fruit crunches are meant to be eaten with vanilla ice cream, and everyone also knows that fruity sauces are great on top of ice cream. I have two fabulous ice cream books (this and this), so I happen to know there are all sorts of delux ice cream recipes that call for making a fruit sauce or cookie base and then folding it into the ice cream. But why complicate matters? If you have a leftover crunch, a brand new fancy ice cream is only seconds away.

Or so I figured. It was worth a shot, right? I dumped the ice cream into a bowl and hacked it up with a spoon. Then I cut in the leftover crisp, taking care not to over mix—I wanted the swirl effect, not a soupy mess. I packed the new ice cream back into the carton and popped it into the freezer to set up. 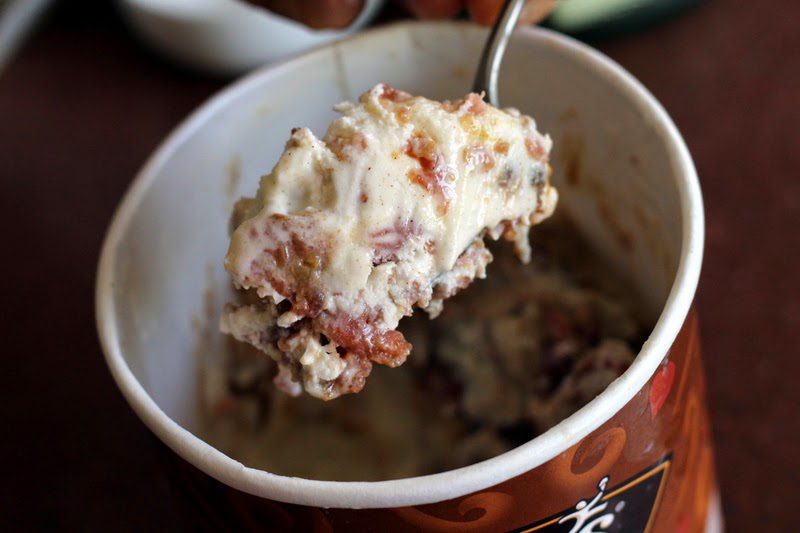 As I dug into my treat later that afternoon, my husband (who was not in the mood to eat ice cream, what ails him?) wondered out loud why this was superior to plain crisp with plain ice cream. I explained that it’s the difference between ice cream with tooth-breaking chocolate on top and ice cream with soft chocolate swirled throughout. Totally different. 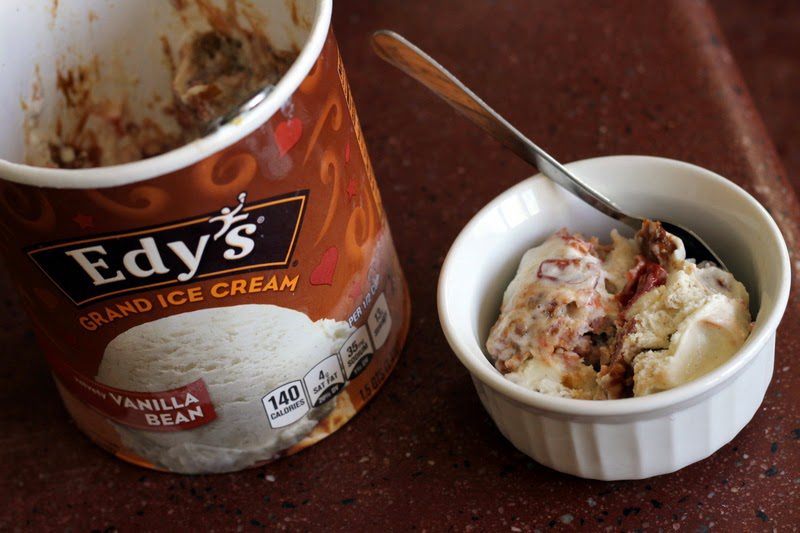 Also, when pairing crunches and ice cream, crunches are often served warm, making the ice cream all creamy-melty. Which is good! But this combo is not the same. The crisp is frozen, yes, but instead of completely hardening, the brown sugar and oatmeal topping turns chewy and caramely. Same for the fruit: instead of turning icy and hard like frozen fruit does, it’s tender, juicy, and toothsome. 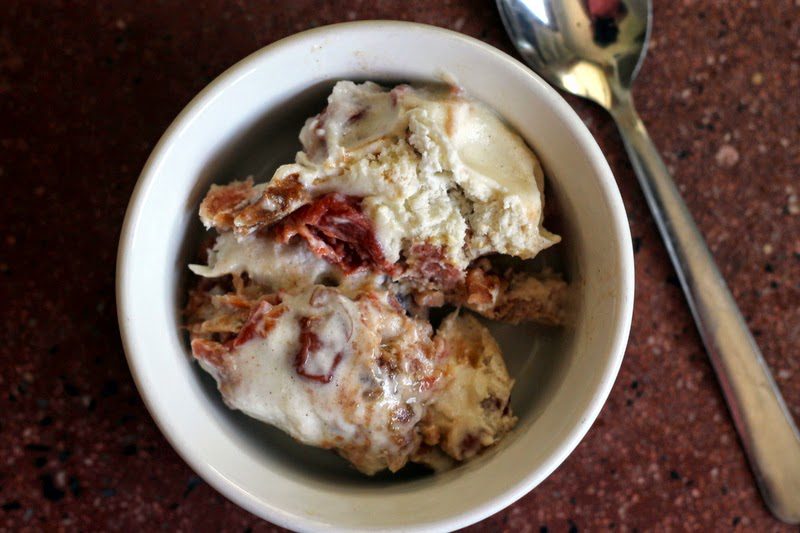 You just may want to give it a go.

When I made my rhubarb crunch, I used half sour cherries and half rhubarb. Use whatever fruit you want.

In a large bowl, cut the crunch into the ice cream. Don’t incorporate it. You want to be able to tell the two apart. Package the new ice cream into a container. Freeze for several hours before serving.

This same time, years previous: how it is, immersion, black bean and sweet potato chili, the family reunion of 2012, “that’s the story of Mom and us”, warts and all, and kind of a joke.