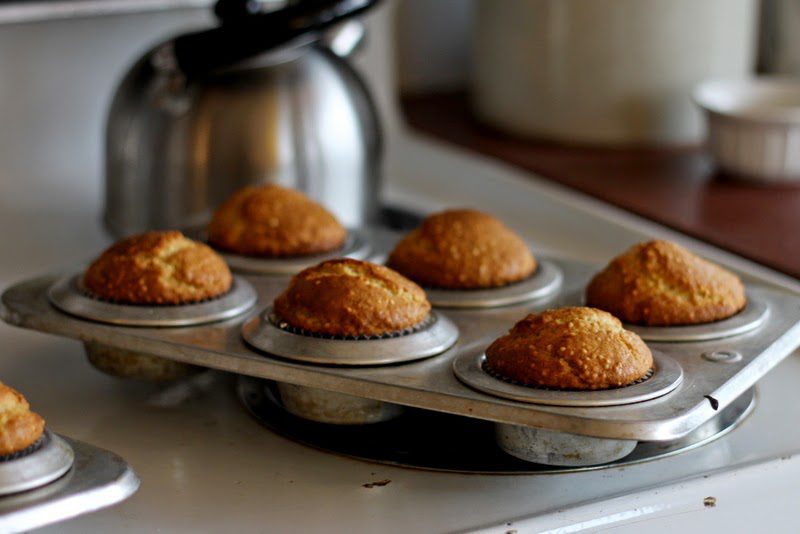 If you’re anything like me, you occasionally buy unusual ingredients for a specific recipe, use what you need, and then shove the remainder of the bag into the freezer where it rattles around till kingdom come. (Confession: my freezers are a mess.) But sometimes bad habits pay off! For instance, these millet muffins.

I discovered the recipe on Ruth Reichl’s blog and immediately noted that it called for three-quarters cup of millet. Just one batch of muffins would make a serious dent on my millet stash! So I rummaged up my ancient bag of millet and whipped those muffins up. 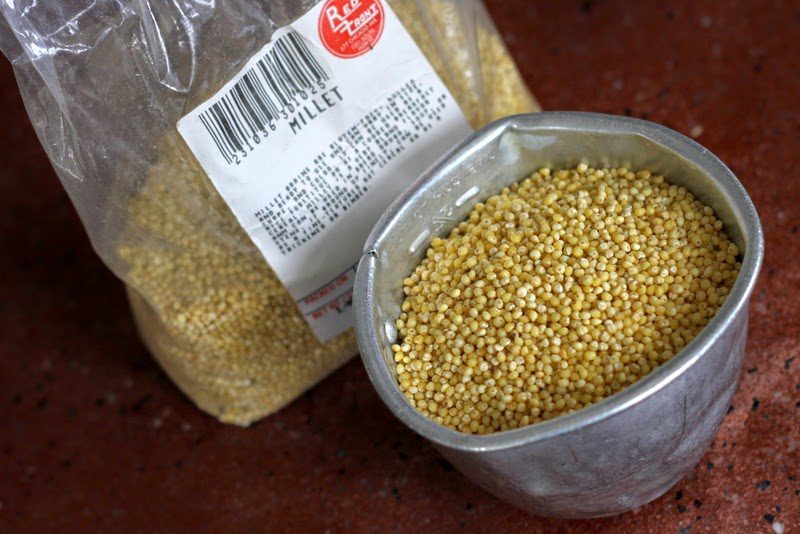 And they were good! Kind of like corn muffins, a friend suggested, but—and this is the best part—with grains that crackle and pop between your teeth. 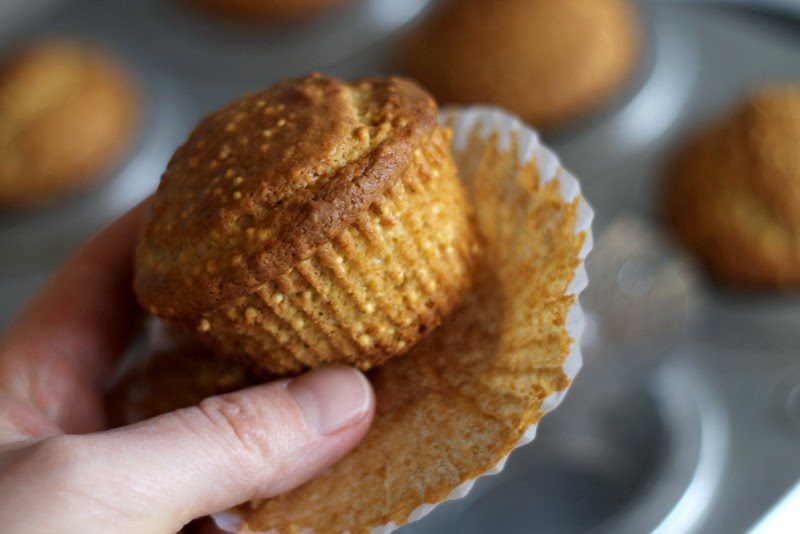 Ruth calls for partially crushing the millet in the blender, but I found that the cooled muffins had a mildly unpleasant sandy texture. So I made them again, this time with the millet intact (and with some whole wheat). The resulting muffins were better: fluffier and even more delightfully crackly. 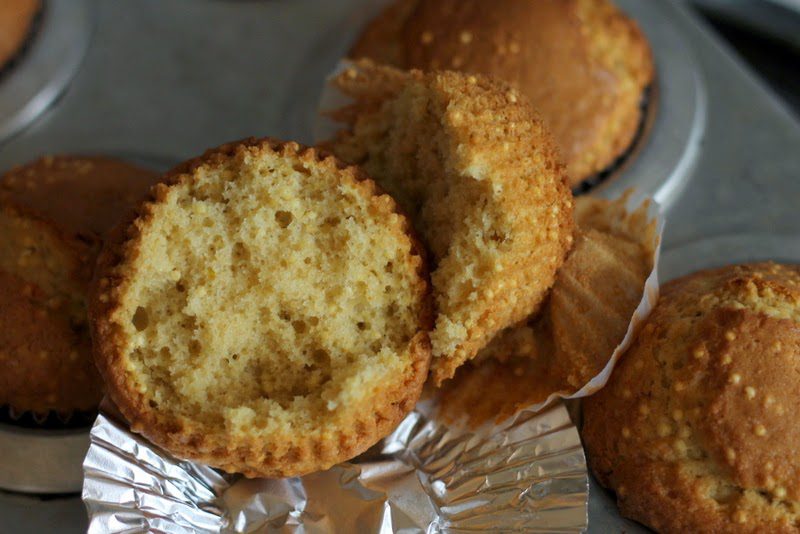 I’ve taken to eating two each morning: the first one with coffee and the second one a couple hours later with a giant mug of tea. 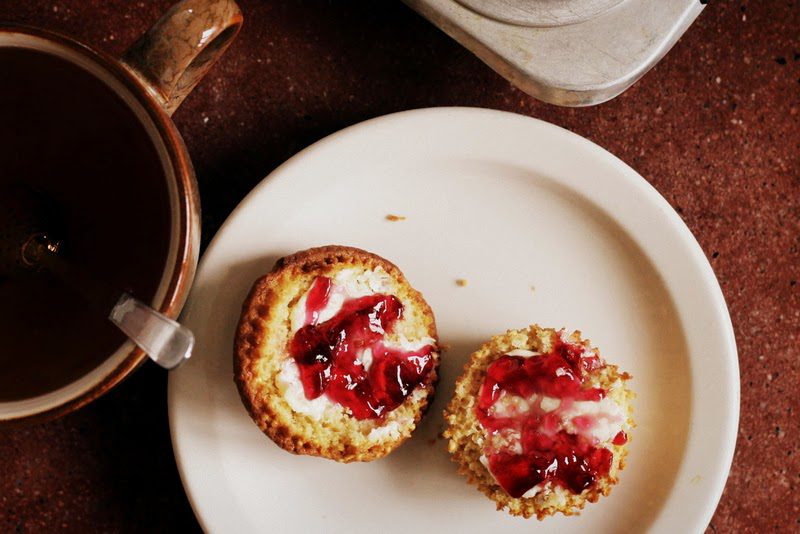 Cream together the egg and sugar. Beat in the melted butter.

In a separate bowl, combine the flours, baking powder and baking soda, and salt.

Briefly stir the dry ingredients into the creamed butter mixture. Stir in the sour milk and then the millet.

Promptly (if you let the batter sit, the millet will lose its crunch) divide the batter between 12 muffin tins and bake the muffins at 375 degrees for 20 minutes or until golden brown and firm to the touch. Serve warm. Leftover muffins freeze well.