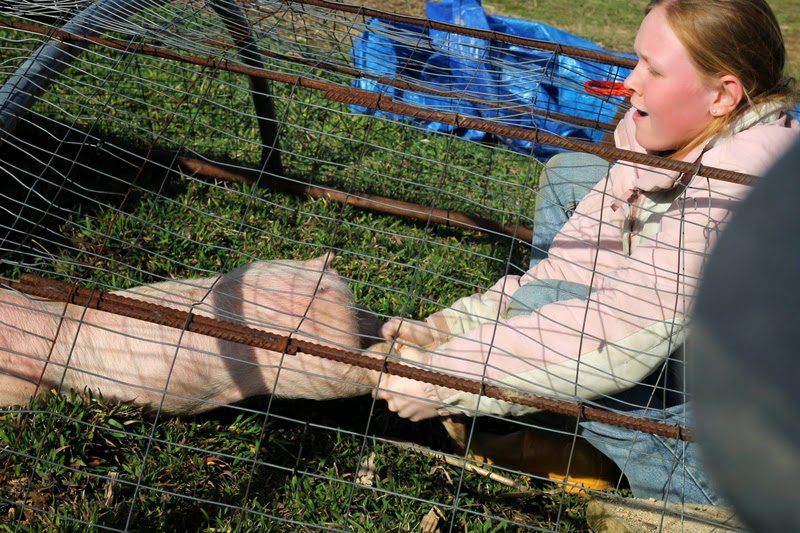 Over the weekend, my husband and older daughter fixed up a home for the piggies. They carved out a corner of the pasture using chicken fencing and the already-there fencing, and then electrified the whole thing. My husband built a little shelter and stuffed it with hay. They relocated the water barrel and feed container.

And then it came time to move the pigs. 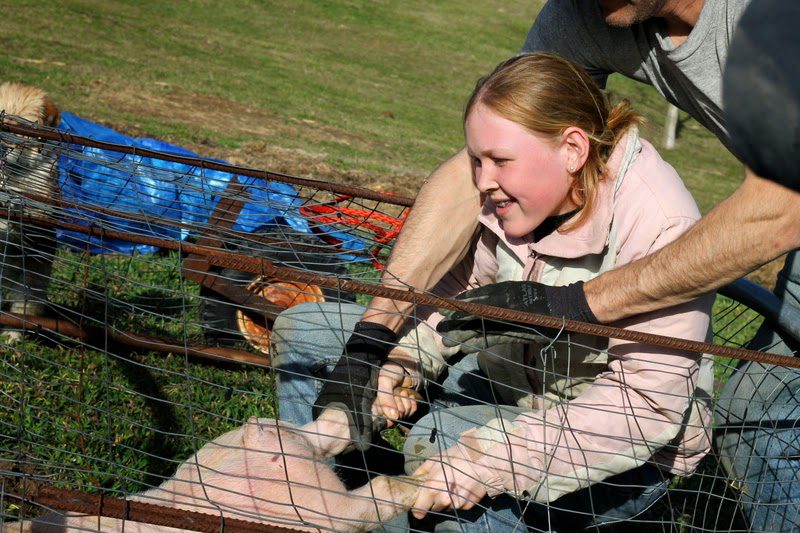 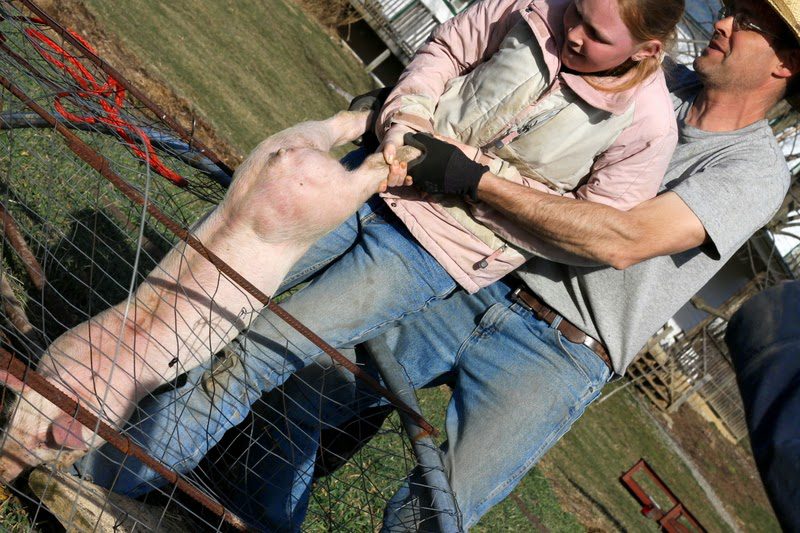 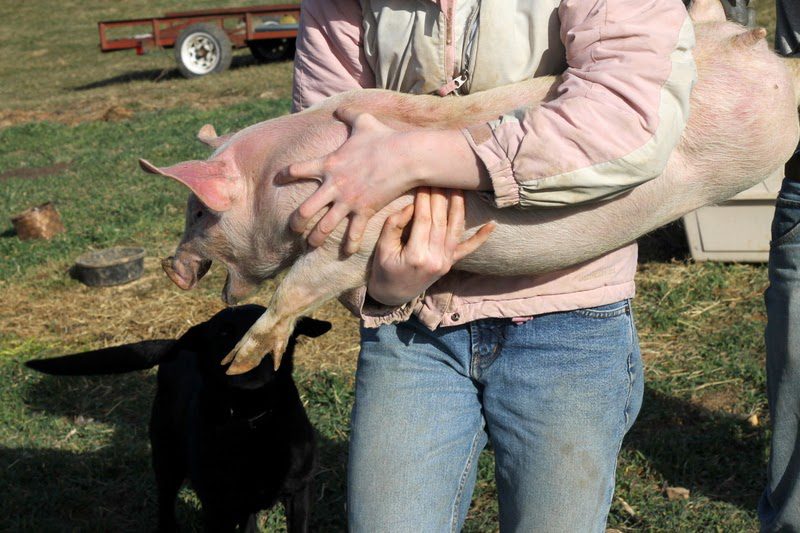 My older daughter got into the pen and snagged the hind legs of one of the pigs. Then my husband pulled her out of the pen while she pulled out the pig.

The pig screamed bloody murder.
The dogs went wild.
My younger daughter stood there, dazed, with her hands over her ears.

I alternated between snapping photos, shooing the dogs, laughing my head off, and yelling at my younger daughter to go pen up the dogs. At one point, my husband got so mad at the dogs that he ran after them, leaving my older daughter to wrangle the furiously-kicking pig all on her own. It screamed directly in her ear, but she managed to keep her wits about her. My husband returned, got a firm grip on the pig’s hind legs and took off running for the new pen. 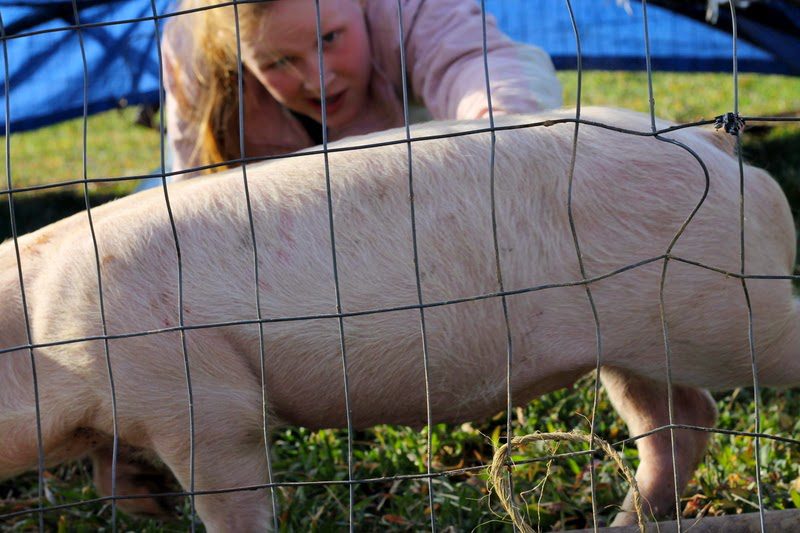 slowly and carefully: cornering the ham

For pig number two, we got smart and penned the dogs first. With them out of the equation, the process was much less stressful. 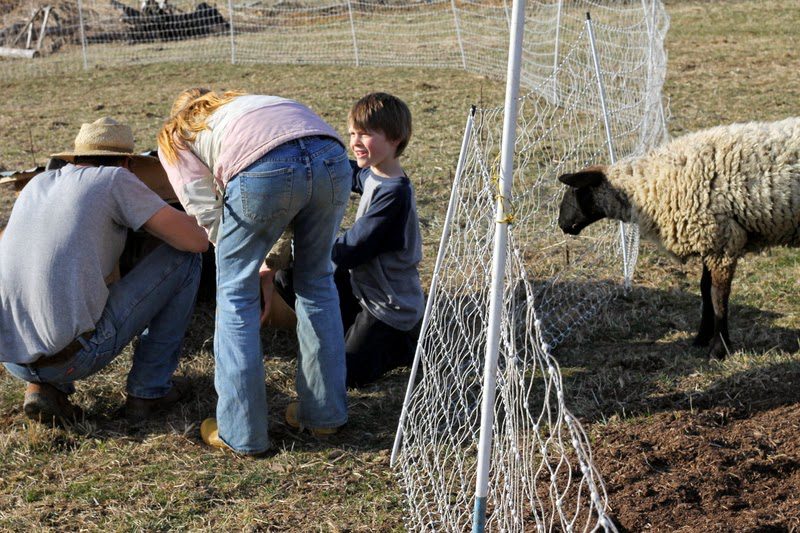 For a little while, the pigs huddled quietly in their new house. My husband squatted by the door and patted them apologetically. 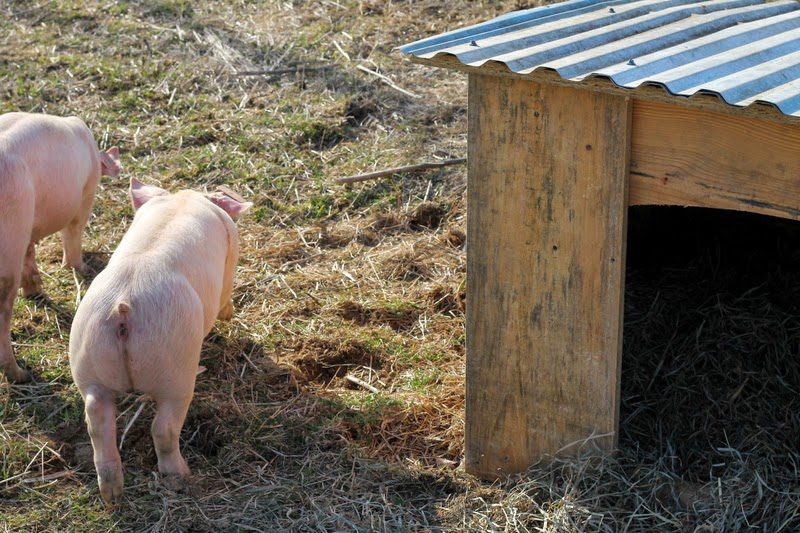 Soon enough, the pigs’ curiosity got the better of them and they stepped out of their house and began nosing around their new digs. 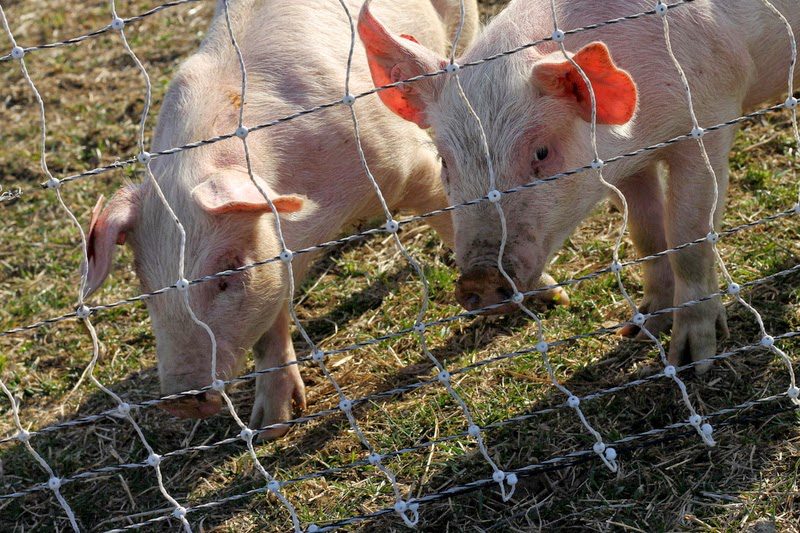 Of course, they went straight for the fence…repeatedly. Each time they bumped it, they leaped back with a loud oink. (Yes, it worked!) From the other side, the sheep were sniffing the fence, too—and getting shocked by it. Such entertainment! My younger son could hardly contain himself, so curious was he about what the shock felt like, that I finally just exploded with, Touch it and see! So he did, with his foot. It wasn’t too bad, he said, but I noticed he stopped trying to touch it. 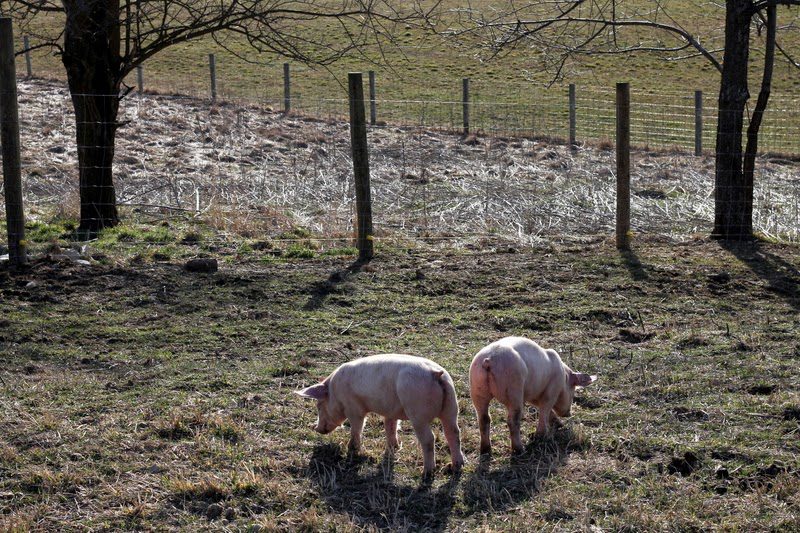 Hopefully (fingers crossed!) we won’t be embarking on any wild pig chases in the near future.