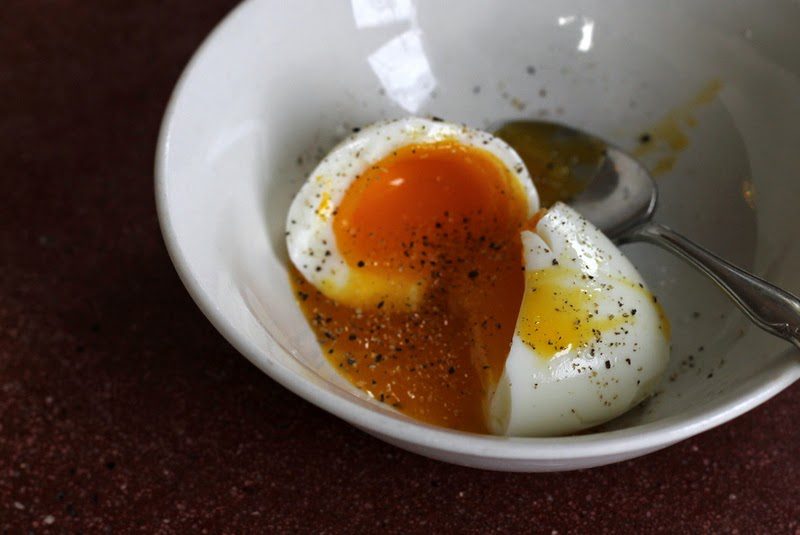 Just a quick pop-in to tell you about an egg.

But not just any egg. This, my friends, is the seven-minute egg.

I’ve heard about boiling eggs so that the yolk is still runny, but it seemed over-the-top. Want a runny egg? Just crack it in a skillet and fry it. Big whoop.

But then I read Molly’s article. As usual, her words were beguiling, her methods seductive. So I made the egg.

Everything proceeded just fine until I peeled it. The egg felt soft—squishy soft—in my hand. Like there was a big puddle of liquid inside, oh dear. Anticipatorially (new word!) anguished, I plopped the for-sure underdone egg into a bowl and hastily sliced it open and—

The white was solid.
The yolk was velvety soft, like a thick, creamy sauce.
The egg was perfect.
Perfect!

Elated, I snapped a few pictures and then dug in, dipping my buttered toast into the cheesy yolk and, at the all-too-soon end, raking the crust over the bottom of the bowl to dredge up every last smear of egg. 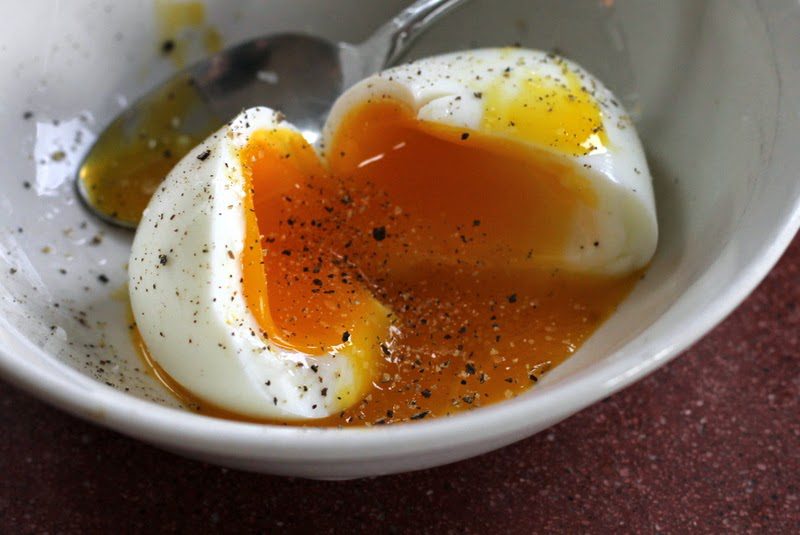 Seven-Minute Egg
As per Molly Wizenberg’s instructions on Saveur (via this post on Orangette).

Fill a saucepan with enough water to cover an egg and bring it to a boil. Slip the egg, still cold from the fridge, into the bubbling water and set the timer for 7 minutes. (I reduced the heat a tad—just enough to keep the water boiling, but not madly boiling—and kept the saucepan partially covered.) When the timer bings, quickly cool the egg in cold water. Peel the egg and serve immediately.

Cooked eggs can be chilled and then later reheated for 20 seconds in the microwave.

This same time, years previous: our oaf, the visit, a spat, and brandied-bacony roast chicken.