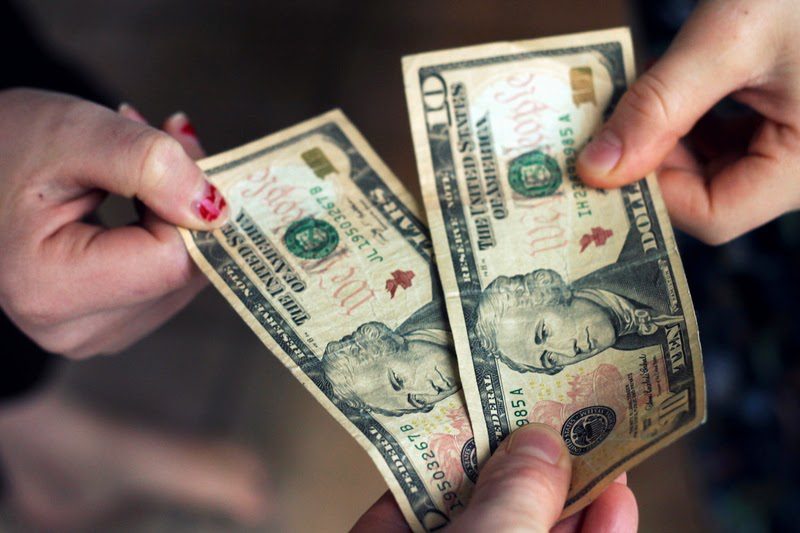 There’s a lot of talk flying around the web in the wake of this Slate article about allowances. I only briefly skimmed the article, so I can’t speak to it directly, but it got me to thinking about how we do kids and money, and why. So, I thought I’d share. (What a surprise!)

To be clear! Regarding all things finances, we do not have the upper hand. We bungle around. We make mistakes. We change tactics (sometimes wildly) when things aren’t working. Teaching kids about money is a process, as much for the adults as for the kids.

Ages 0-7
No money except for the odd monetary gift from a grandparent or the Tooth Fairy. Or from picking potato bugs (a penny a bug).

Ages 8-11
An allowance of 10 dollars per month. We don’t put any parameters on the money (such as requiring division into categories for saving, giving, and spending), except for a general guideline that no more than a dollar or two can be spent on junk food and money should not be frittered. There are no noble reasons behind our laxity. Simply, I don’t want one more thing to keep track of.

We don’t ever pay for household chores. Our general philosophy is a) we all live in this house so everyone has to pitch in, b) not a single one of us is a prince or princess, and c) hands are to be gotten dirty.

We strongly (and repeatedly) encourage the children to deposit their money into their savings accounts. If they want to make a big purchase—say, order a box of Legos from Amazon for 20 bucks—they have to think on it for a week or two. At the end of the prescribed wait time, we place the order.

Pro tip: giving kids free rein with money is often the same as tossing it in the trash. We make the allowance big enough that it’s “worth it” and small enough that it’s no skin off our teeth when the kids make stupid decisions.

Ages 12 and up
They’re on their own for finding money. In other words, GET A JOB ALREADY. We do, however, put lots of energy into helping them find work. Our parenting focus accelerates in its continual shift from a) taking care of them to b) helping them take care of themselves.

As they start making more money, we push them to see the bigger picture. What are the rapidly-upcoming costs of living away from home, education, travel, transportation? Do they want to invest money? How can they get the best interest rate for their money? We help them set financial goals (my older son has loosely challenged himself to squirrel away a one or two thousand dollars annually), and they are expected to start chipping in for some of their activities. For example, we paid for my son’s year of choir, but he has to foot the bill for his choir’s optional summer trip to New Orleans. Also, depending on how much money we have in the budget, we sometimes ask the money-earning children to chip in for shoes, clothing, youth events like summer camp, and their own special interest projects, such as farm animals and pets, pimped out sound systems, tools, etc.

Our oldest is only 15 (only! what am I saying? he’s freaking 15 already, yikes!!!!), so we have lots of new territory yet to be discovered. But at this point, the kids know that if they want a car, they have to buy it themselves (and depending on how much our car insurance gets raised, they may need to help out with the difference), and college is on them.

We expect our teens to take a version of the money management class that changed our lives (beginning next month, we’re facilitating another class—sign up here!). My older son watched all the class videos with me and just finished taking the junior version of the class with his youth group.

We try to be transparent with our children about our own finances. They see us creating the budget (i.e. screaming at each other) and setting aside cash for groceries, household, entertainment, etc. They are fully aware that money doesn’t grow on trees and that there is a limited supply. Interestingly enough, rather than resenting the limits, this makes them endearingly appreciative of any little extravagance.

Having money is fun and interesting, and allowances give kids some independence, but I don’t think an allowance is something children need. Now that the kids are older, I’m seeing (in retrospect, of course, always in retrospect) that the learning experience kids get from an allowance is totally different, and much more superficial, than the learning experience they get when they actually have to work for it. Come to think of it, perhaps children aren’t learning any more about economic responsibility through getting an allowance than they are learning to feed themselves by putting plastic strawberries in a tiny cart in the grocery section of the children’s museum. 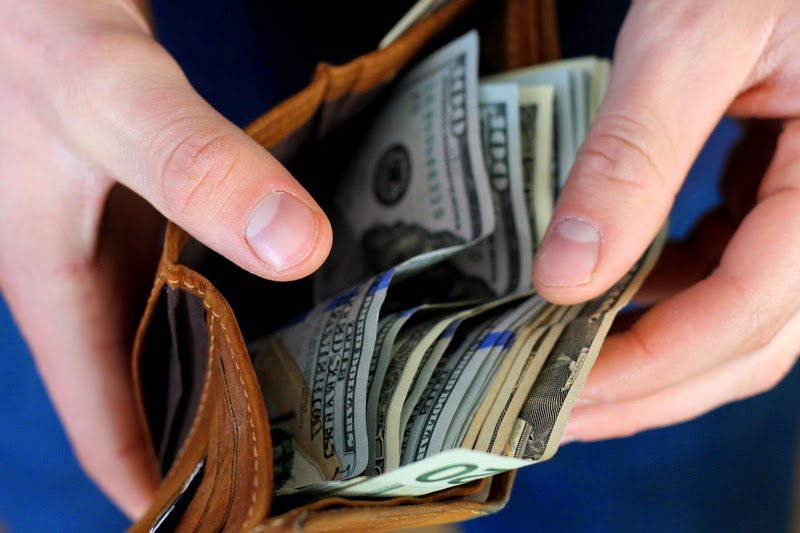 In other words, allowances are nice, but they’re not really the solution to anything, either. At least not the way we’re doing them. We’ve made our boldest money-teaching strides through the agonizing process of improving our own money management habits, demonstrating the value (and it’s not monetary!) of hard work, and trying to actively weaning our children off our pocketbooks. The whole process is complicated and awkward and not at all tidy-neat and formulaic, but this tends to be our approach to Life In General so it’s not that terrible.

But maybe we’re making the whole kids-and-money thing harder than it needs to be?

This same time, years previous: the quotidian (3.3.14), grocery shopping, a monument to childhood, and soda crackers.