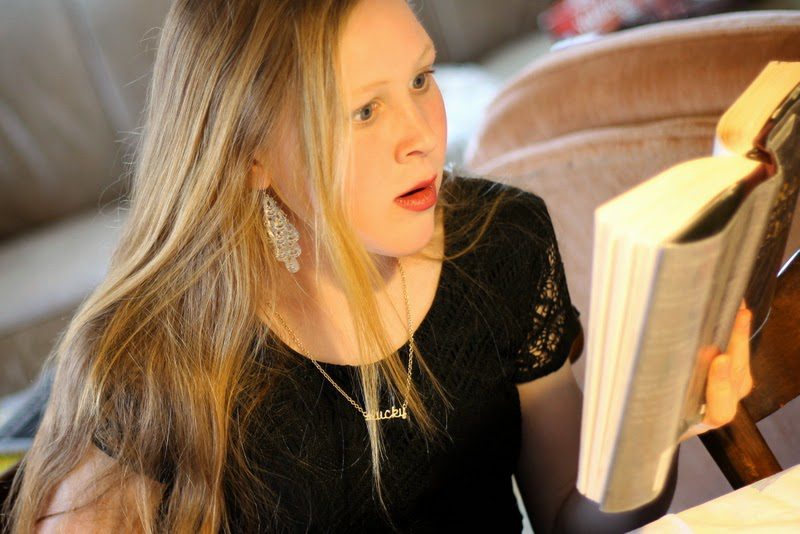 When I was a kid, my mom made me and my brothers keep lists of the books we read. It was nice to know how we spent our hours and, when people asked for suggestions for good reading material, to have a list at hand. Also, she used the book lists to bulk up her homeschooling records.

To this day, I still keep a list of all the books I have read, and I make my children do the same. However, up until a year ago, only my older son was reading. Despite being well-beyond the normal age at which children learn to read, my twelve-year-old daughter was not.

I was, quite naturally, extremely worried (and had been for years—you can read the whole story here), but then, rather suddenly, she began reading. Now, one year later, the tables have turned so wildly that, when I have contemplated sharing her book list, I feel shy. Maybe people will think I’m bragging?

When I mentioned my hesitation to my friend, she said, “Oh, no, you need to share that list. Remember how you felt a year ago? What would you have wanted to hear back then?”

And so, for the pulling-her-hair-out worried Me of winter 2014, I share this book list. This, dear mama, is what your daughter-who-can-not-read has read … IN THE LAST TEN MONTHS.

*In the case of a series, I only linked to the first book in the series.

If there is anything I have learned from this list, it’s this:

Learning readiness is a real thing.
Ignore arbitrary learning time schedules and trust the child.
Imposed learning doesn’t hold a candle to the passion that comes from within: watch out.