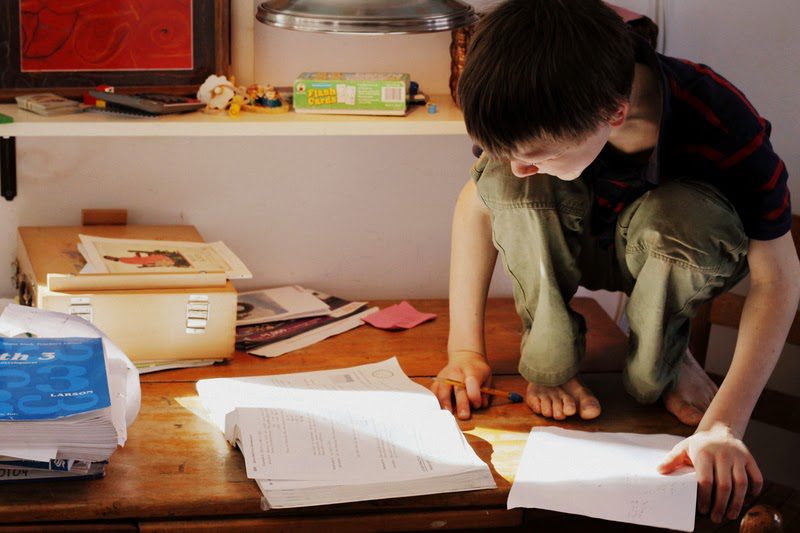 Last year I went through a personal homeschool revolution. How did I feel about self-directed learning? What was my relationship to unschooling? How did learning actually happen? What did it mean to act on the new information I was acquiring?

I’ve always felt dubious about traditional schooling, but last year’s questions made me go far deeper. I wasn’t just happening to do things differently, la-de-da-de-da. Now I had facts and reasons to back up my experiences. And oh, the experiences! Interesting how, after fifteen years of Growing People Up, there is so much perspective gained. Tuning in with how my children learn has been hugely instrumental in My Paradigm Shift of 2014.

For example! I have watched as…

…my older son listened to Khan biology lectures with complete absorption. He wasn’t taught cell structure year after year, progressively getting more detailed (and more jaded), so the information was new and fascinating. Also, there is a big difference between listening to information for the fun of it and listening to it with a need to glean key points for future regurgitation. His openness and free-wheeling fascination is palpable and completely different from how I, a top-of-the-class-student, listen.

…my younger daughter, for years, could not grasp basic mathematical concepts. She couldn’t mentally maneuver numbers to understand that, for example, 8 + 7 is the same as 8 + 2 + 5. It felt insurmountable, so we took it slow. Lots of repetition and elementary concepts. But recently, in the last few months, there has been a shift. All of a sudden she’s juggling numbers with more ease. The multiplication facts stick in her brain faster and easier. This (small but major!) shift has nothing to do with my steady dedication and everything to do with developmental readiness—if it was the former, I would’ve seen steady improvement, but with the latter, there’s a jump that’s clearly a result of ability. So why was I pushing it all these years?

…my younger son frolics with numbers. He gets numbers. Multiplication, square roots, fractions—it’s all a game. I do math with him because he’d be mad if I didn’t. (As I was writing this post, he came out of rest time in search of a calculator. He had pulled an 8th grade math book off the shelf and was giving it a go.)

…my children begin launching into the real world of employers, paychecks, responsibility, and tedium. These they’re-actually-doing-it! experiences, and the fact that they are thriving outside of the home, has done wonders for my anxious mind. Just because they don’t know the state capitals or prepositional phrases doesn’t mean they’re destined to a life of drugs, whoo-hoo!

…my almost-a-teenager daughter finally learned to read and then took off flying. 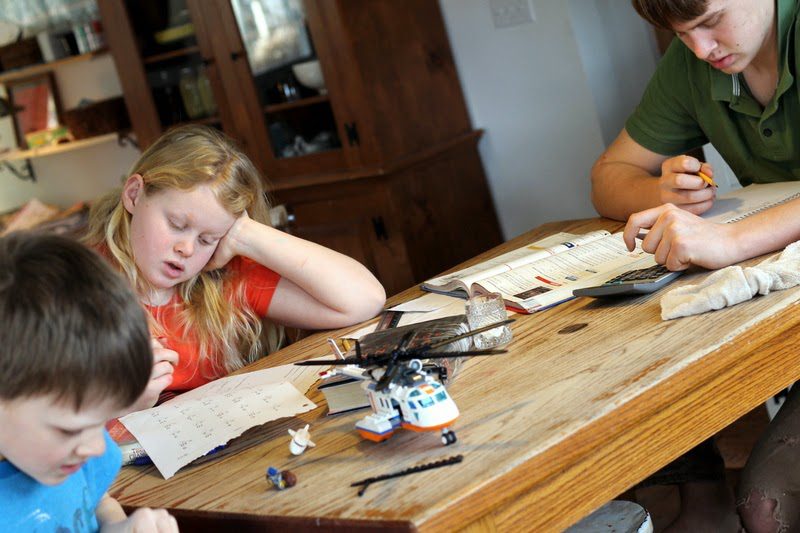 So now that I’ve read lots of facts and amassed a bunch of experiences, how does this change our homeschooling practices? Quite frankly, not that much. I still make my kids do things they don’t want to do, and I still let them take initiative in their learning. But I’m much more comfortable gauging my decisions on, not the school system at large, but on what makes sense for us. For right now, here’s what that looks like.

*I aim for three or four “study periods” per week with each older child. I aim for four or five with the younger two.

*For the younger two, there is a daily math lesson. Also, each child reads aloud to me (or an older sibling) for about fifteen minutes. My younger daughter is also taking a gymnastics class.

*My older daughter has a math lesson and listens to a Khan lecture on biology. (Regarding Khan lectures: my goal is not mastery or complete understanding, but rather an exposure to ideas and terminology. If my children decide they want to learn more about a particular area, then other measures are taken.)

*My older son writes for thirty minutes, listens to a Khan history lecture, works on his Algebra, and practices his music for choir. He was working through a book on Latin and Greek root words, but that kind of fizzled. He’s also on a Bible quizzing team and studies (the book of Mark) for the matches.

*I read library books out loud to the younger kids, and nights when we’re all home, we have a family read aloud time.

*We’re slowly (as in, over the last year or so) working our way through the Cosmos series, as well as the From the Earth to the Moon series. We are re-watching the Planet Earth series. We just started watching The Incredible Dr. Pol on Netflix—it drives us crazy that they put a blur-spot over the prolapsed placentas and autopsies. We want to see what’s happening!

*All the children are involved in youth group activities at church. They get together with friends. They relate to extended family members, mentors, youth group leaders, Sunday school teachers, and our dinner guests.

*Then there is all the regular life learning which makes up the bulk of our existence: watching over the dentist’s shoulder has he pulls two of my older daughter’s teeth, studying up for a learner’s permit, babysitting the cousins, junior ushering and nursery duty at church, listening to Radiolab, reading oodles of books, baking cookies, playing in the snow, biking, doing chores, caring for the animals, selling eggs, attending a viewing, writing letters, playing Monopoly and countless games of cards, etc, etc, etc. 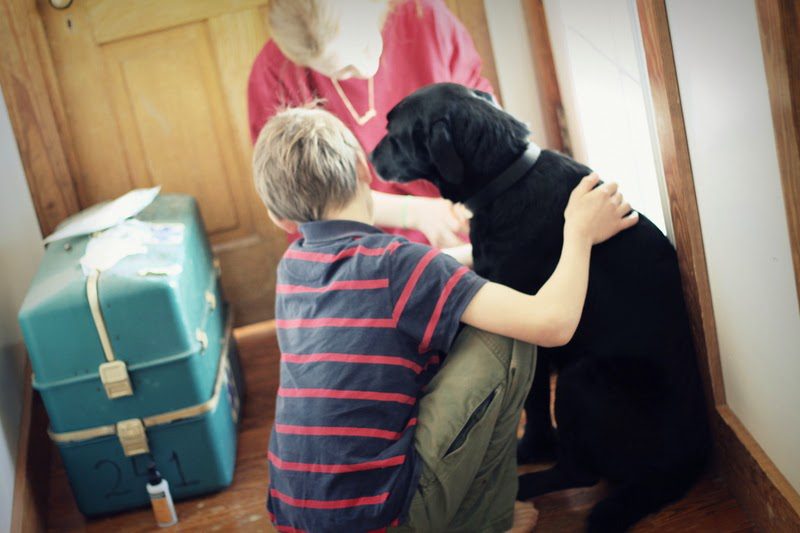 To sum up: I no longer spend much time thinking about what kind of schooling we’re doing anymore. We’re learning and living—our days are full. Even in our small family unit of six, we have drastically different abilities, gifts, and interests. I’m relaxing into the freedom to simply be who we are and learn as we wish. It feels so natural I almost forget to talk about it.