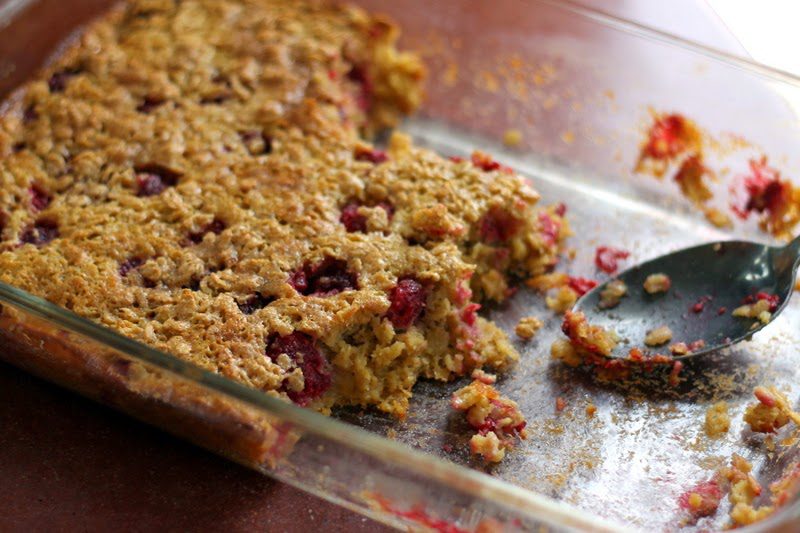 I am in the middle of a self-inflicted grocery store strike. It will probably end in the next couple days, but I’m holding out as long as possible.

It’s not that I actually need a strike right now. I still have plenty of money in the grocery envelope. But I hate my end-of-the-month pattern of just scraping by. This time around, I decided to shake things up by being all scroogy in the middle of the month. Because being scroogy out of scrooginess’ sake is so much more fun than being scroogy out of desperation. So instead of use the money up, I’m using all the food (I already have) up.

Why is it that something so logical is so hard to comprehend and then do?

Also, it’s kind of crazy how I feel like I’m out of so many things (and have the mile-long grocery list to prove it) and yet still have so much food on my shelves.

(In the last four sentences I said “so” six times. I need an intervention.)

I’m being methodical in my stockpile elimination game. I try to spread out the store-only specialties like tortilla chips, cheese, and cereal with the made-from-scratch and daily-grind foods like tomato soup, pancakes, and frozen veggies and fruits. (We have made emergency runs for milk, butter, and the like.)

But no matter my best efforts, the inevitable is happening: we’re running out of certain items. We’re low on decaf coffee and almonds, we’re out of fresh fruits and veggies, and all that remains of the breakfast cereal is the tail end of a bag of Life.

To string the Life along a little longer, I’ve been upping my breakfast game. This morning was eggs and toast. Yesterday was farmer boy pancakes. And two days before that was baked oatmeal. 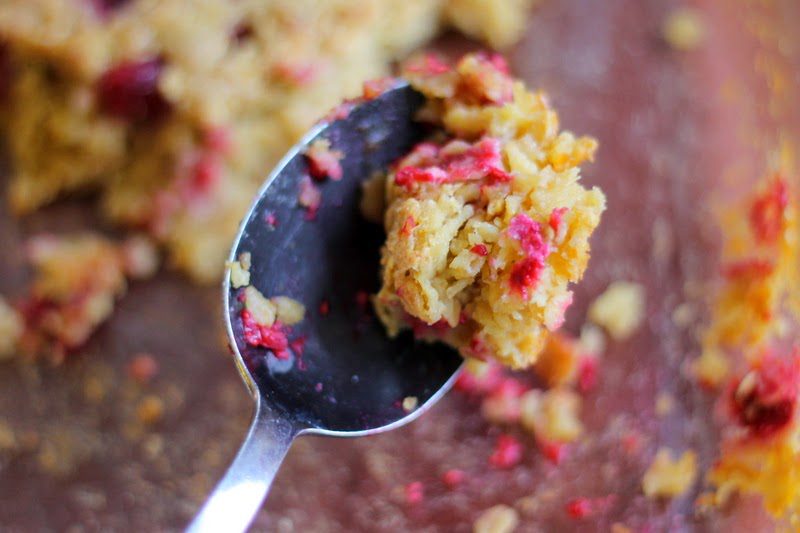 But not our regular baked oatmeal! No, this baked oatmeal is my latest favorite. It’s less sweet, and it calls for a cup of sour cream (which is useful when I’m buying sour cream in giant tubs so big a baby could swim in them). Plus, the recipe calls for a couple cups of frozen berries and we have scads of red raspberries in the freezer. It’s a great way to get my kids to eat more fruit. (And for the first time ever, not a single child turned up a nose at the added fruit, yay!) 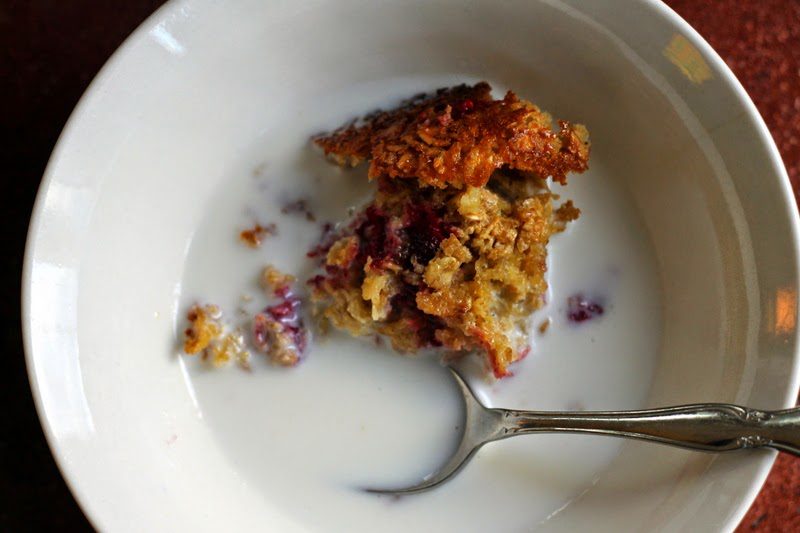 Sour Cream and Berry Baked Oatmeal
Adapted from Camille over at Flowers In His Garden.

Note from June 27, 2015: I subbed out the fresh berries for ½ cup each dried blueberries and dried cranberries. So good.

The night before:
In a small bowl, mix together the oats, sugar, baking powder, and salt. Cover tightly and set aside.

In another bowl, melt the butter. Whisk in the sour cream, eggs, vanilla, and milk. Cover and store in the fridge.

In the morning:
Whisk the dry and wet ingredients together. Fold in the frozen berries. Pour the batter into a greased 9×13 pan, sprinkle with demerara sugar, and bake at 350 degrees for 25-35 minutes. Serve warm, with milk.

This same time, years previous: about a picture, Gretchen’s green chili, to meet you, curried lentils, ode to the titty fairy, and Nana’s anise biscotti.