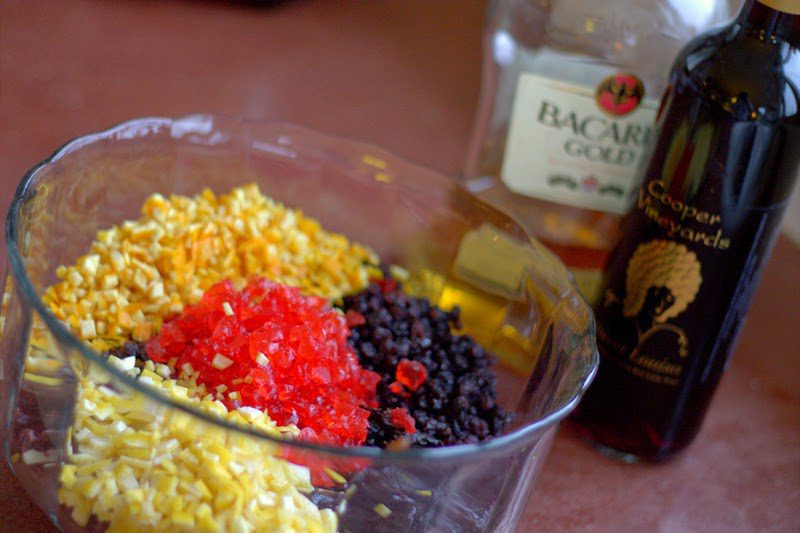 I am intrigued by fruitcake. Why are so many are so bad? Why do people continue to make them? Why the fake red and green chemical chunks? It’s all so mysterious.

I suppose that fruitcakes had a very logical reason for being, at least back in the beginning they did. Back then, a cake built from dried fruits made sense. Everyone had dried fruit (and dried fish, dried venison, dried herbs, etc.), so they used what they had. Plus, the natural sugars from the dried fruit decreased the need for expensive, store-bought sugar. Preserving the cake with liquor made sense, too. They sure didn’t have any freezers for long-term storage.

Actually, I just made all that stuff up. I don’t know anything about the origins of fruitcake. But it sounded good, right?

As I see it, there is absolutely no justification for the current existence of florescent-colored, sticky-sweet, fruitcake atrocities. You’d think, what with modernization and evolution and all that, fruitcakes would either be a relic of the past or a knock-dead delicious dessert. In a world of chocolate and butter, I see no need for anything less.

Some foodie friends told me about their family fruitcake that everyone, including children, loved. I took down their recipe. I asked detailed questions. I ran a fruitcake background check, a sort of cross-examination of people who had actually tasted the cake. I sourced the last bottle of concord grape wine in town and then made my husband go get it. And then I made the cake. 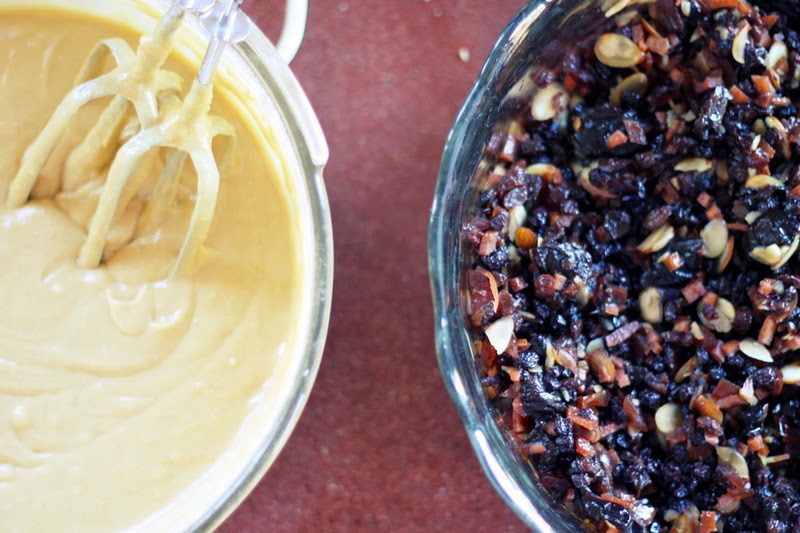 It took three weeks. The fruits soaked in rum and wine for two of those weeks, and after the cake was baked, it sat wrapped in wax paper for another full week. The cake looked promising. 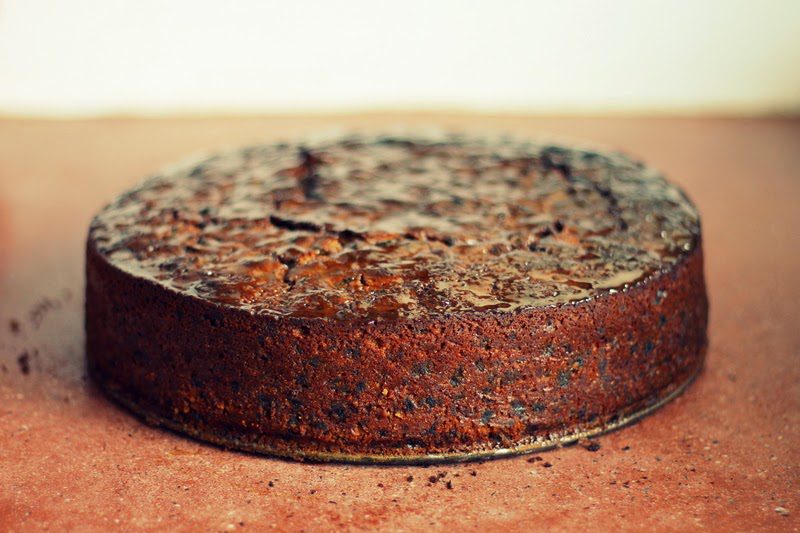 On Christmas Eve, we finally cut into it. And it was awful: bitter, gummy in the middle, and so overpoweringly alcoholic that it made my eyes water. Or perhaps my eyes watered from the disappointment? I don’t know. But it was bad. Really, truly, irrevocably bad. 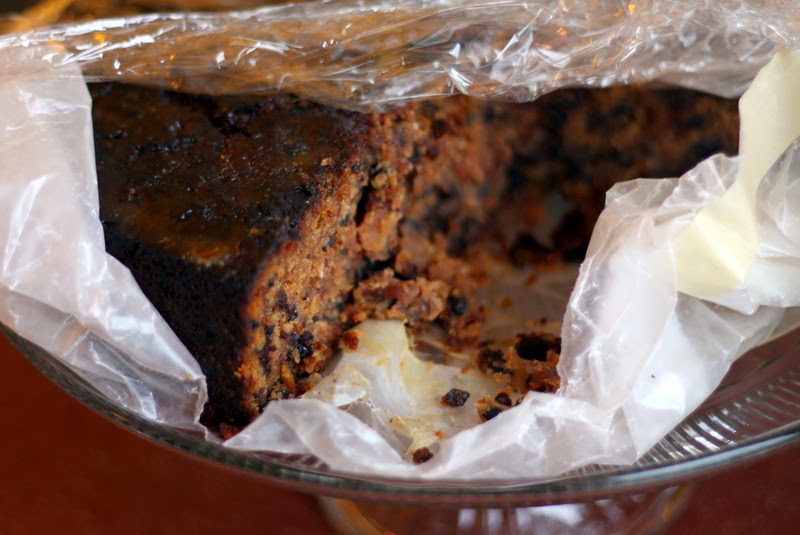 Part of the problem was me, I’m pretty sure. See, the recipe called for lots of minced orange and lemon rind. So I bought real lemons and oranges, carefully cut off the rinds to minimize pith, and then minced them up. But after adding them to the fruit cocktail, I learned, through further questioning, that the recipe meant candied peels. Oops. So that probably explained the bitter.

As for the gumminess—my fault, again. Fifteen more minutes in the oven would’ve fixed that problem.

But the alcohol, now. That was not my mistake. I followed the recipe to a tee. I had thought that because the copious amounts of alcohol were added pre-baking, much of the kick would be knocked out in the two-hour baking time. I was wrong. Very, very wrong.

At our family reunion, I brought up the mystifying topic of fruitcakes. Opinions varied. Someone suggested that we each come to the next gathering with a fruitcake and then have a taste test competition. I suggested that we make it more interesting by also bringing a catapult to launch the losing cakes… perhaps at the losing cooks. I was feeling vindictive.

Through the grapevine I heard that one of my friends was experimenting with fruitcake, so once we returned from Pennsylvania, I emailed him to suggest a fruitcake tasting party. He came bearing not only his fruitcake, but his father-in-law’s, too.

Both cakes were completely different. The non-alcoholic one was like a fruit bar with large chunks of chewy fruit layered together. The other was like a dark, fruity bread that, even though it had been bathed in rum post-baking, only tasted mildly of alcohol. Both were delicious but neither was exactly what I had in mind: something outstandingly fruity while still maintaining an element of cakeyness.

When it came time to sample my cake, my friend took a tentative taste and then shook his head. It was unanimous: the cake was inedible. Let me tell you, it felt awfully good to finally toss that cake to the chickens. Also? My kids were so scarred by my failure that they refused to taste the cakes my friend brought. In their minds, fruitcake equaled poison. This fruitcake obsession of mine was not off to a good start.

Still, I’m not giving up. Deep in my soul, I believe—oh, I believe!—there is a fruitcake out there for me, somewhere. And full disclosure: I have another recipe in the works. It just might be my crowning fruitcake glory. Then again, it might not. I don’t exactly have a great track record.

In the meantime, tell me: what is your relationship with fruitcake? Have you ever eaten a good one? If so, share! Because I am going to break this fruitcake barrier, so help me everyone.