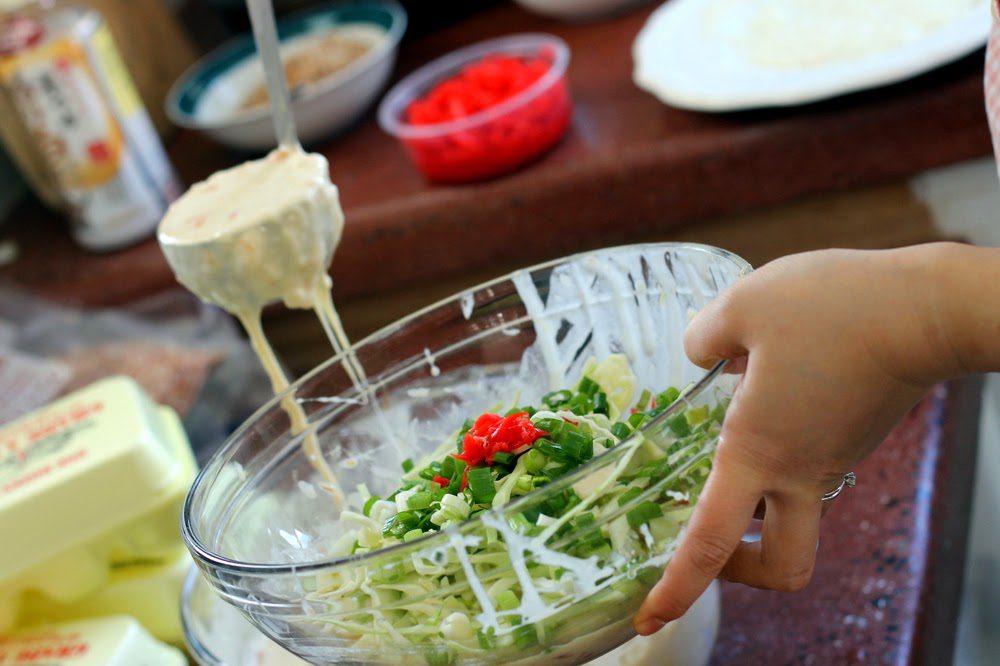 The day after Thanksgiving, I turned my kitchen over to my sis-in-law and she churned us out a delux Japanese feast.

Her original plan was to make Bento boxes, but the box of supplies from Japan didn’t arrive in time, so she had to switch to Plan B, okonomiyaki. On the off chance you don’t know what that is (ha!), I’ll tell you. Okonomiyaki is a savory Japanese pancake.

Make a crepe batter of eggs, flour, and water.
Pour some batter on a skillet.
Mound the batter-base with green onions, cabbage, and brilliant pink pickled ginger.
Spread several thin slices of pork on top.
Cook on low-medium heat for 15 minutes, flip and cook for another 15.
To serve, place the “pancake” on a plate and crisscross the top with Japanese mayonnaise and okonomi sauce.
Sprinkle with dried seaweed and fish flakes (that undulate gently, making them look alive).
Devour. 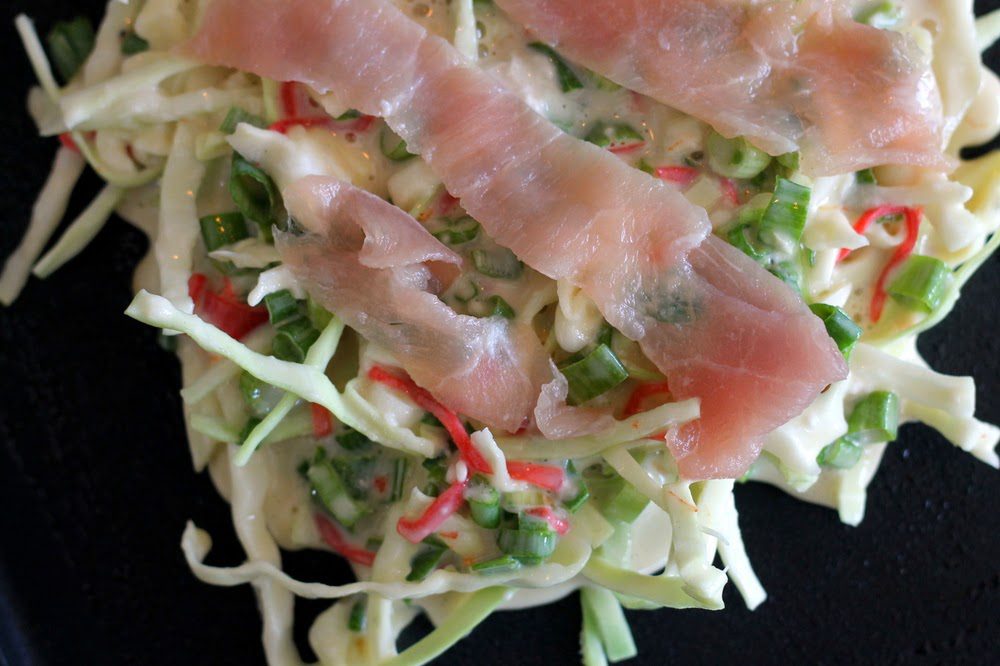 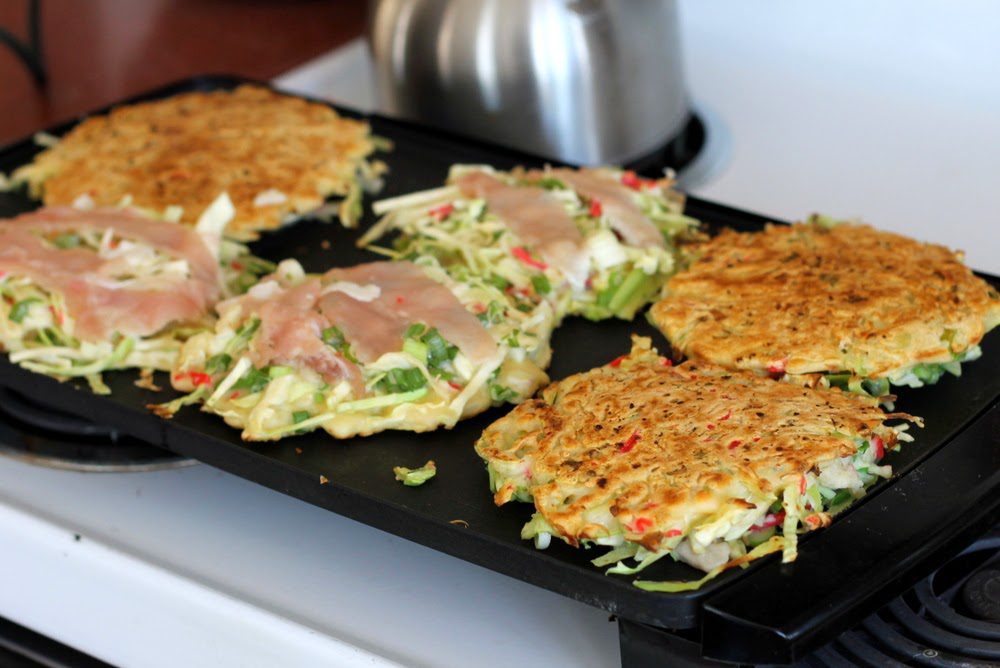 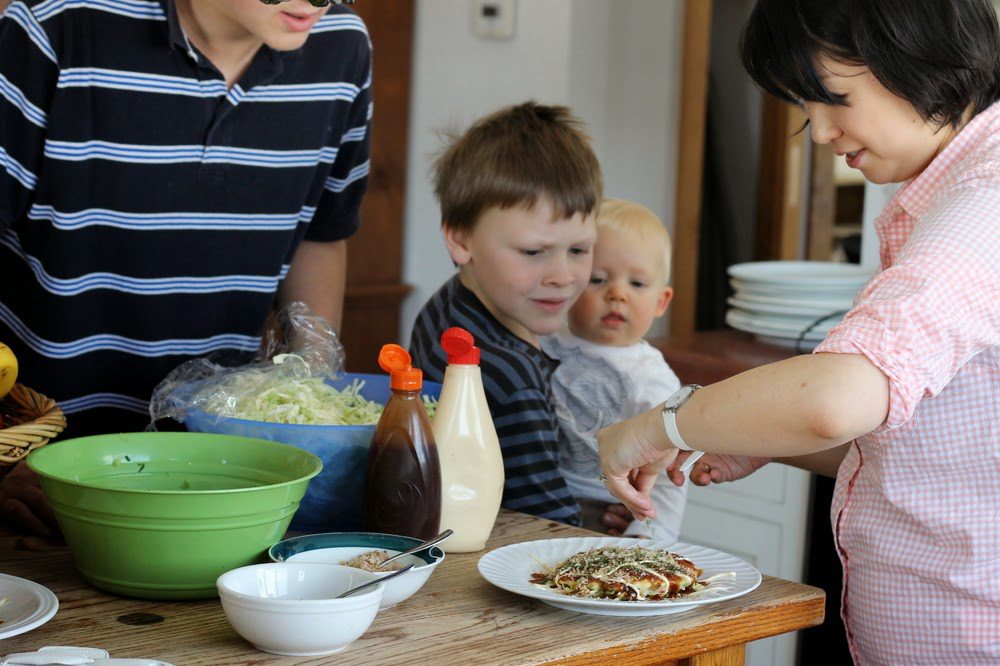 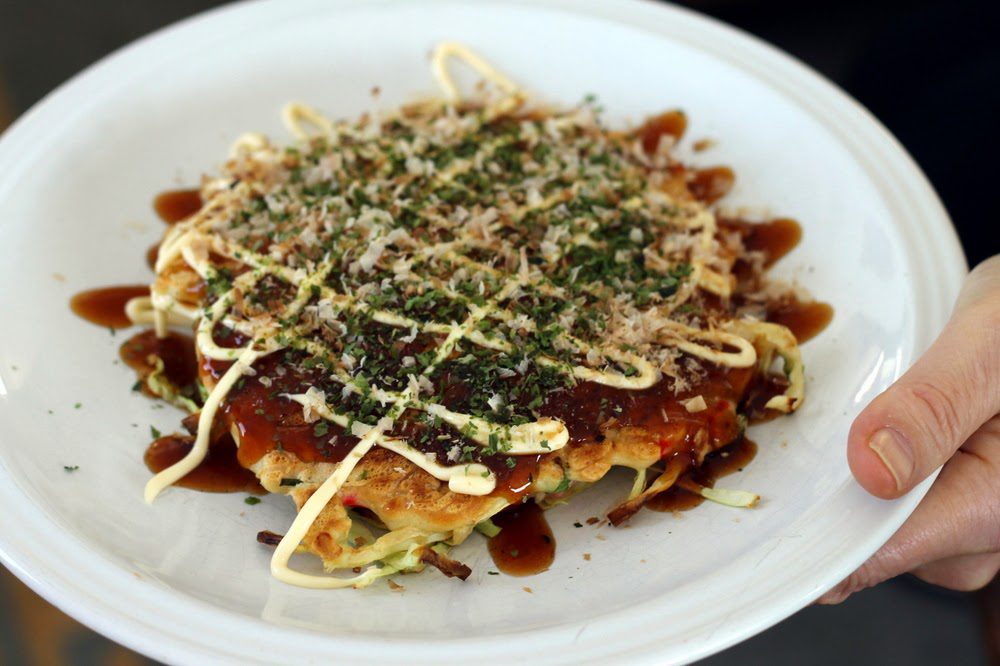 My husband took the last step very seriously. I think he ate four of these monsters.

My sister-in-law made a variation that involved adding a layer of noodles and a layer of scrambled egg. 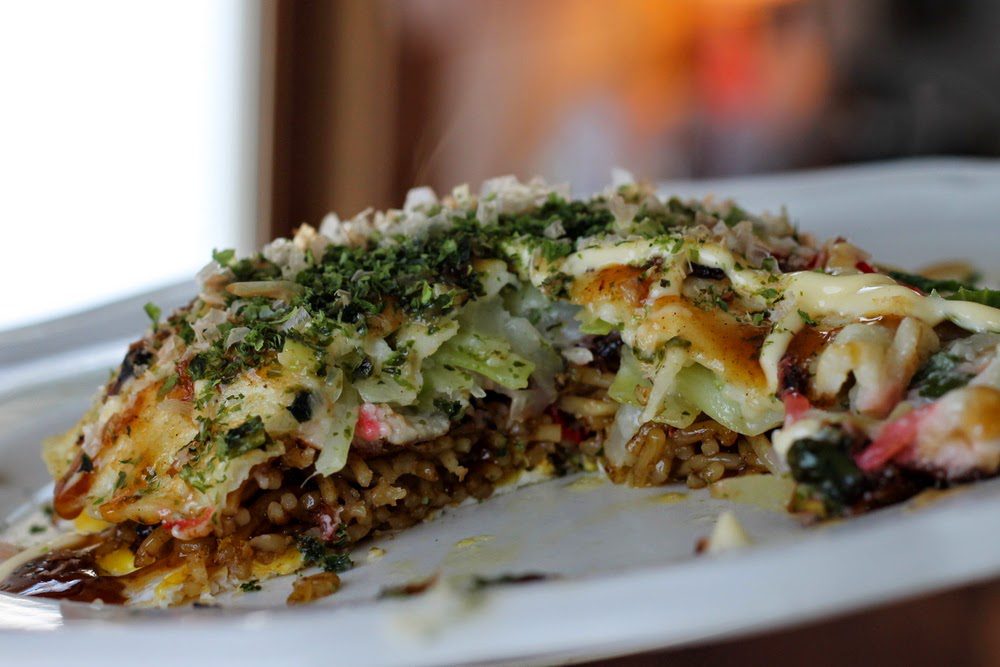 See all the layers?

And she made octopus balls. Similar ingredients, but with chopped octopus, and all mixed together and then cooked in a ball cooker. 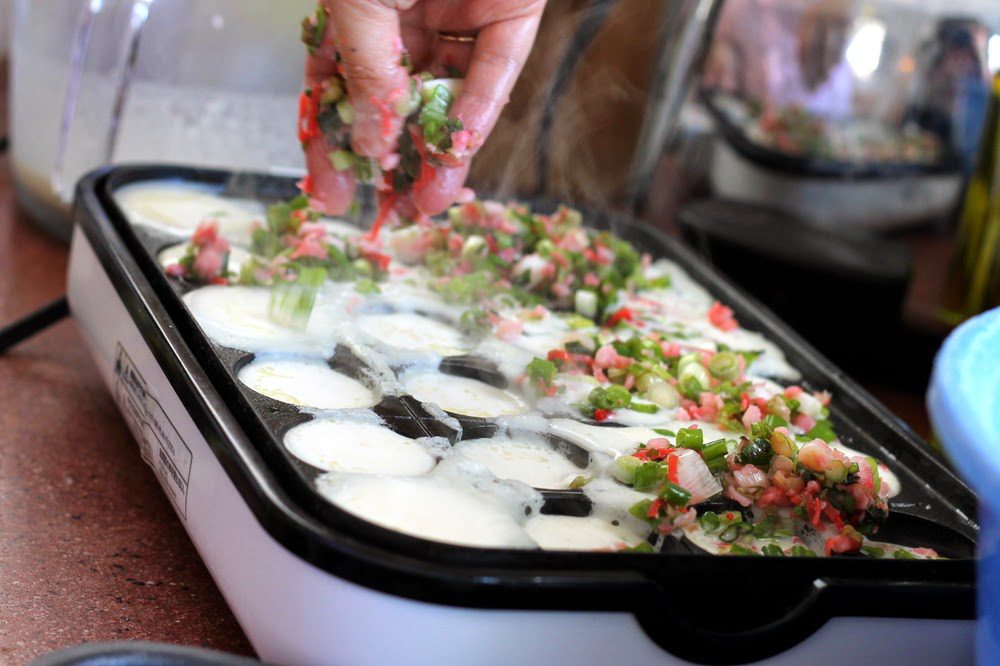 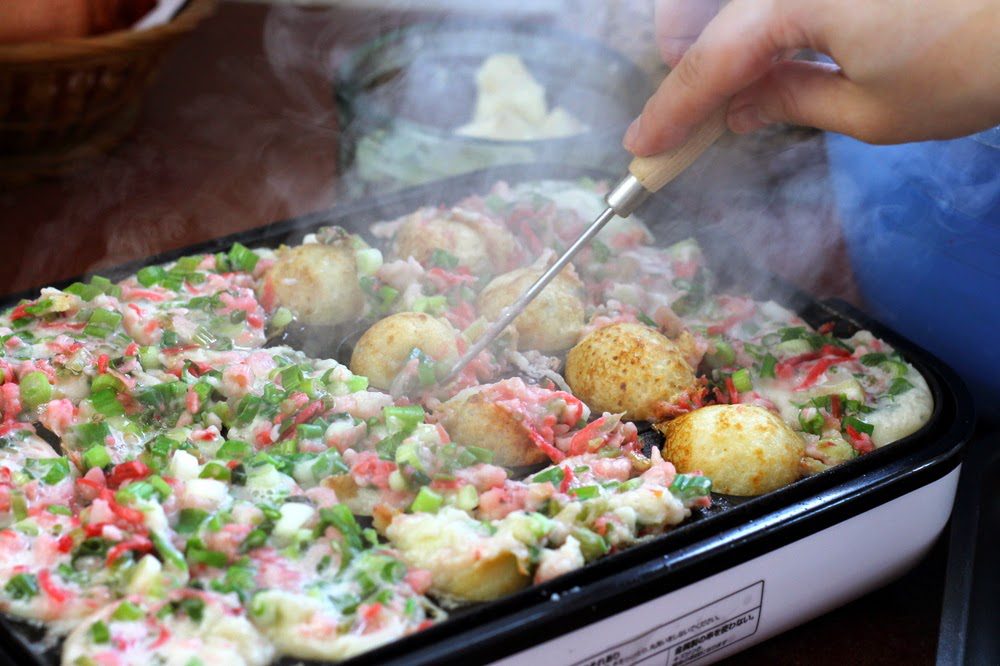 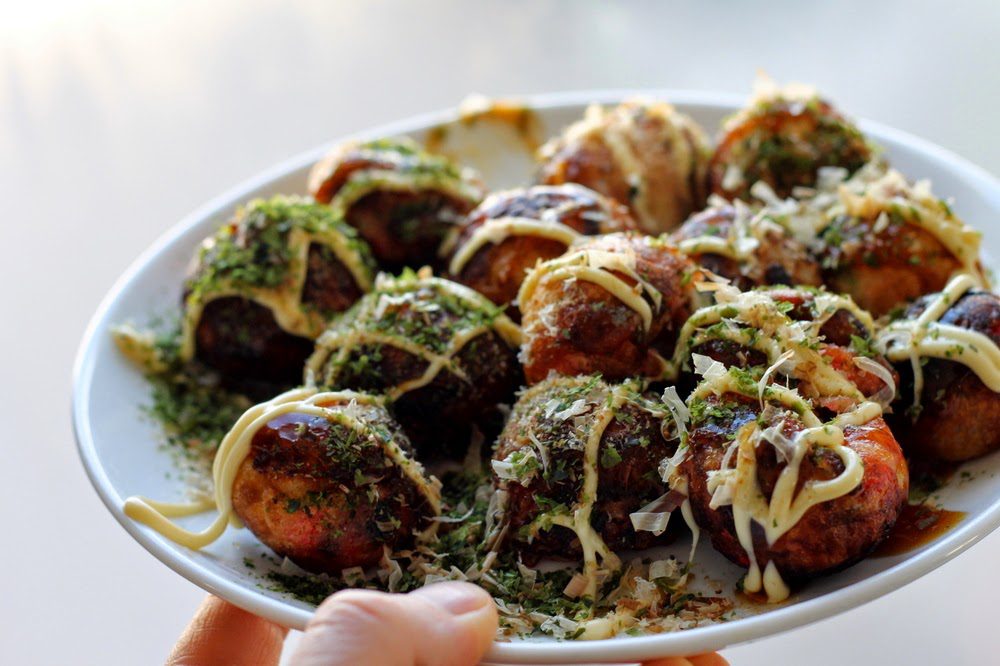 “Ball cooker” isn’t its real name, of course. But that’s what the thing did—it cooked balls.

There was also a root that looked like yucca but wasn’t. 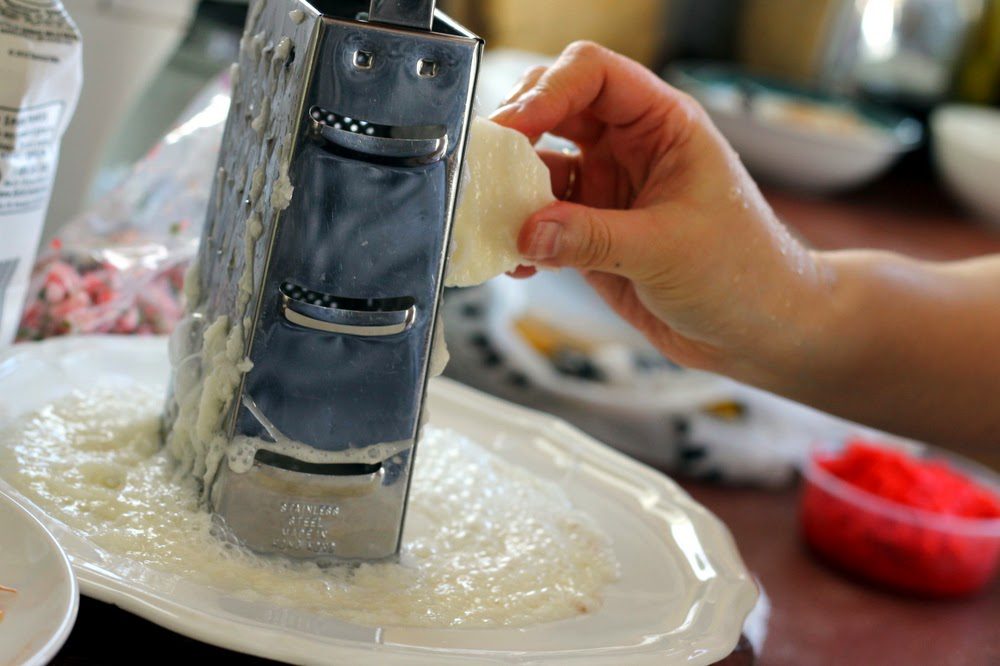 Instead, it was slimy and slightly toxic—it would burn your fingers if handled too much. I think she added it to the crepe batter. Maybe? 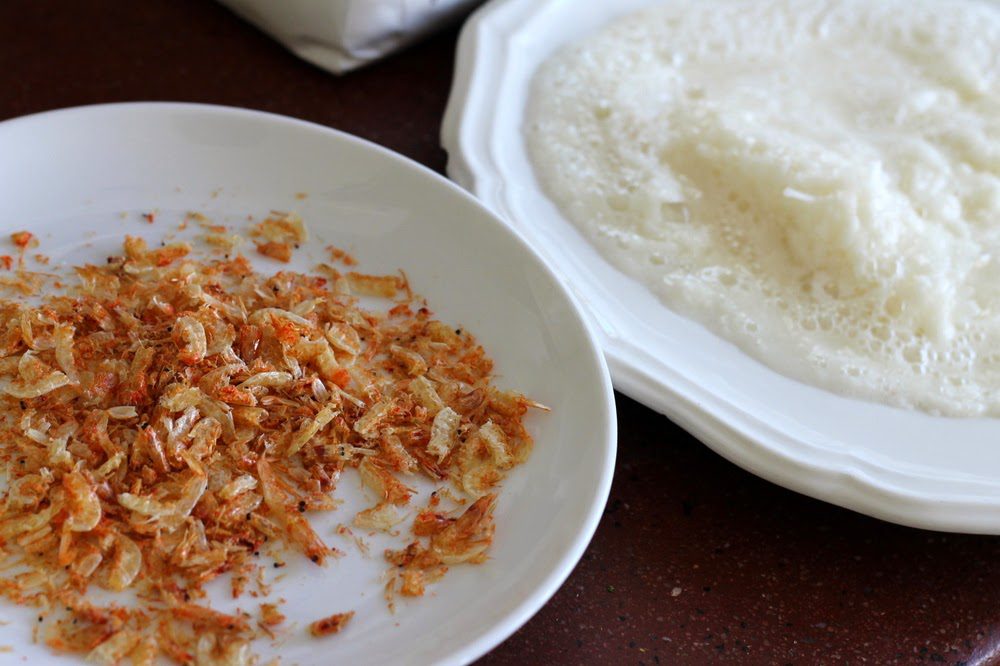 And dried, crumbled shrimp bits. Maybe they went in the batter, too? I can’t remember.

The next day, the box from Japan arrived. 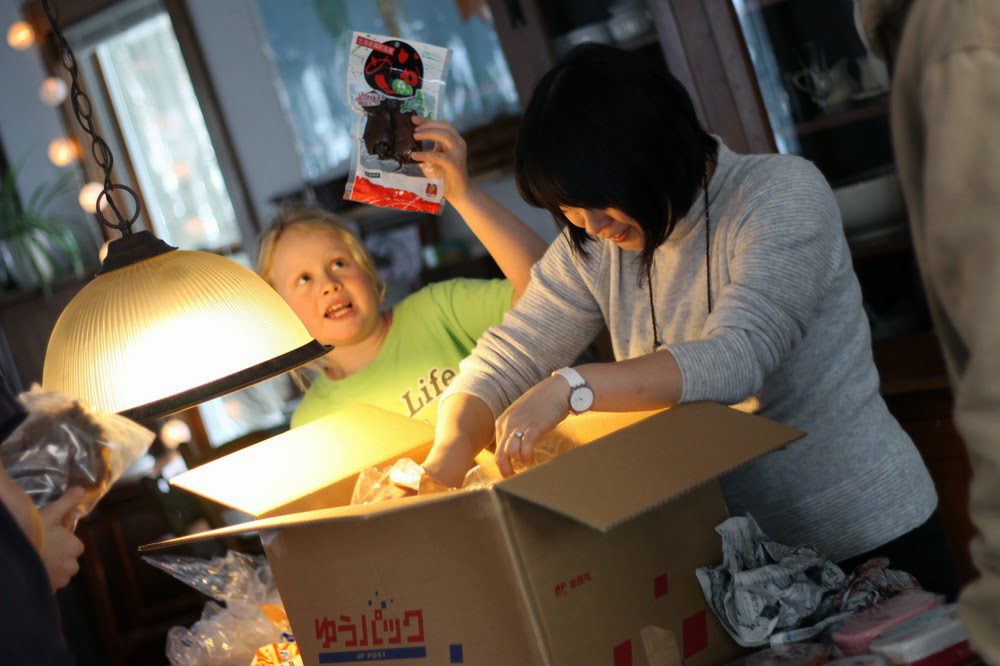 We encouraged my sister-in-law to save the contents for the next time, but there were a good number of other items for fun sampling. So we had an appetizer feast! Squid stuffed with sticky rice. Dried squid dipped in Japanese mayo (she says that rice wine and dried squid is the Japanese equivalent of wine and cheese). Sticky rice cakes. And boiled eggs in the shape of a rabbit or panda (put a hot boiled egg into a mold and then chill in ice water for ten minutes). There were shrimp-flavored puff-chip things. And bowls of Japanese “ramen noodles”—noodles with cakes of fried tofu—simply add hot water and slurp. 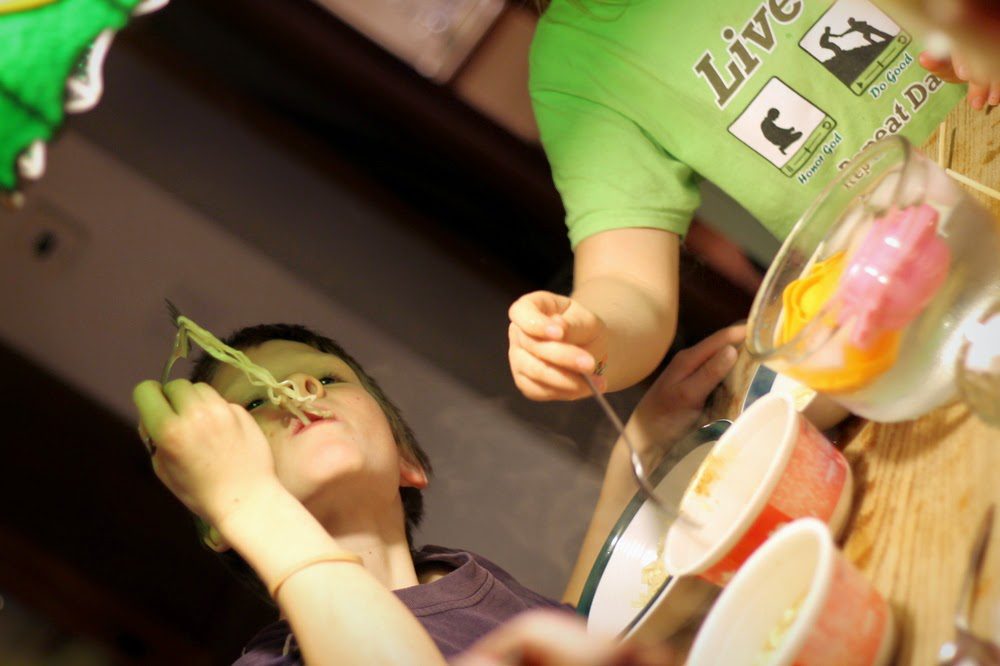 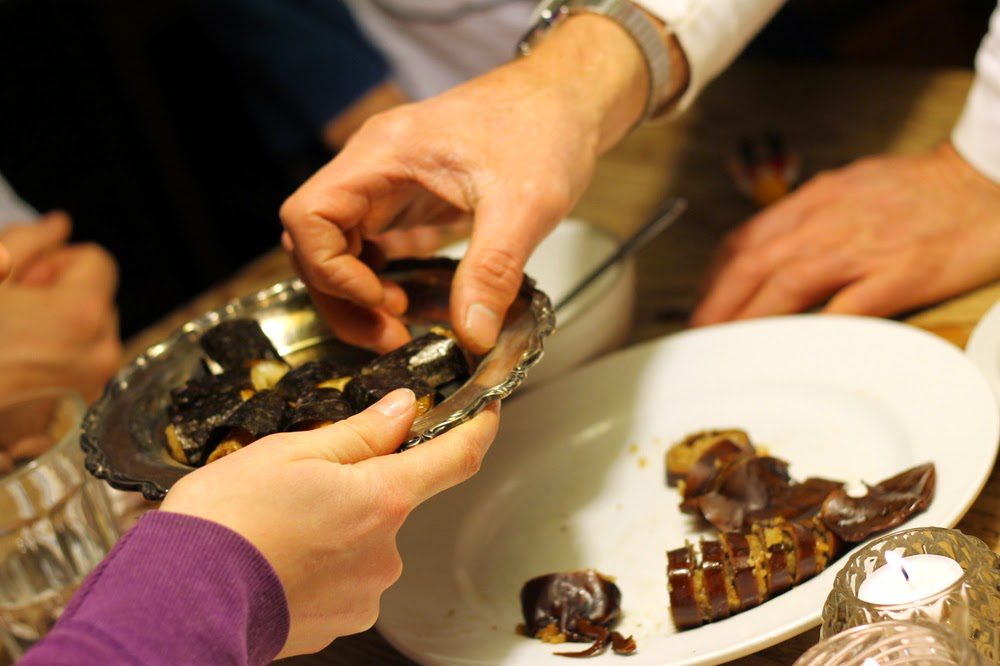 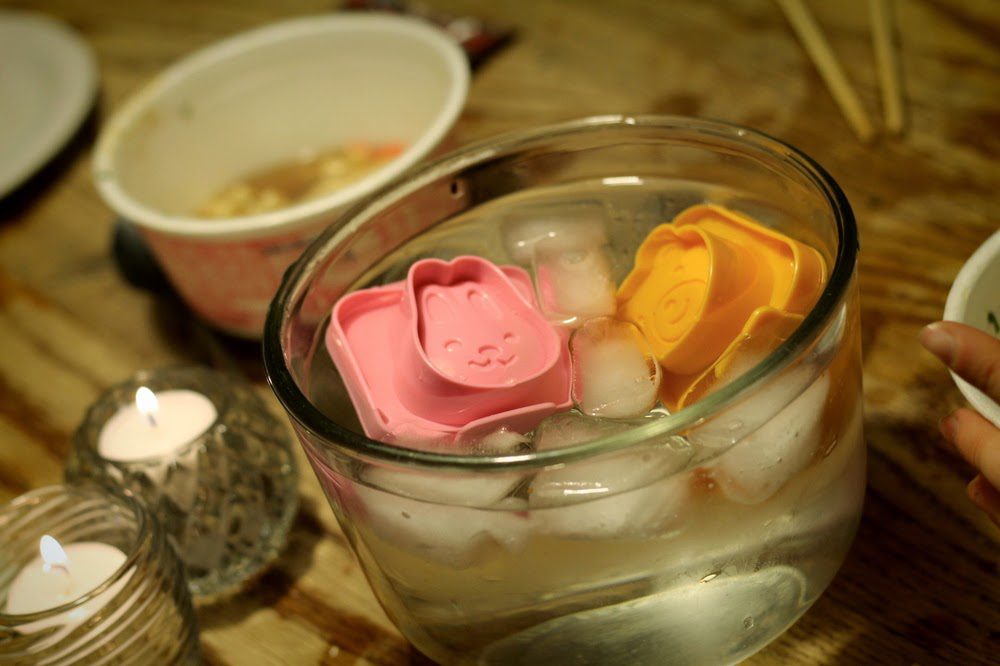 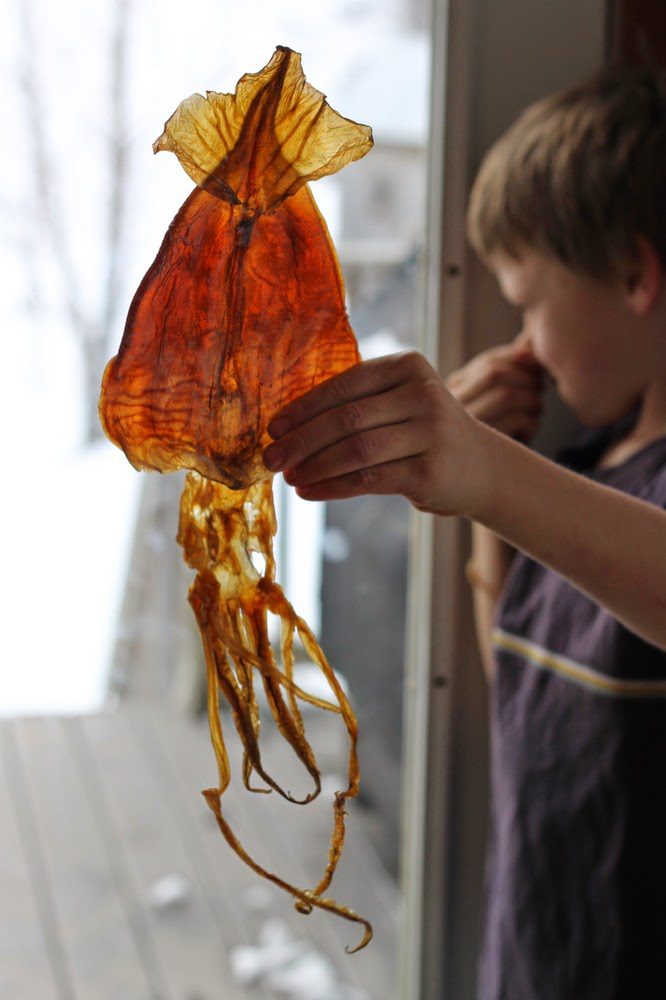 Next up: Bento boxes! (Or maybe shrimp in three seconds flat?)