On Saturday, we had friends over for supper. Along with the salad, I served a butternut squash galette. 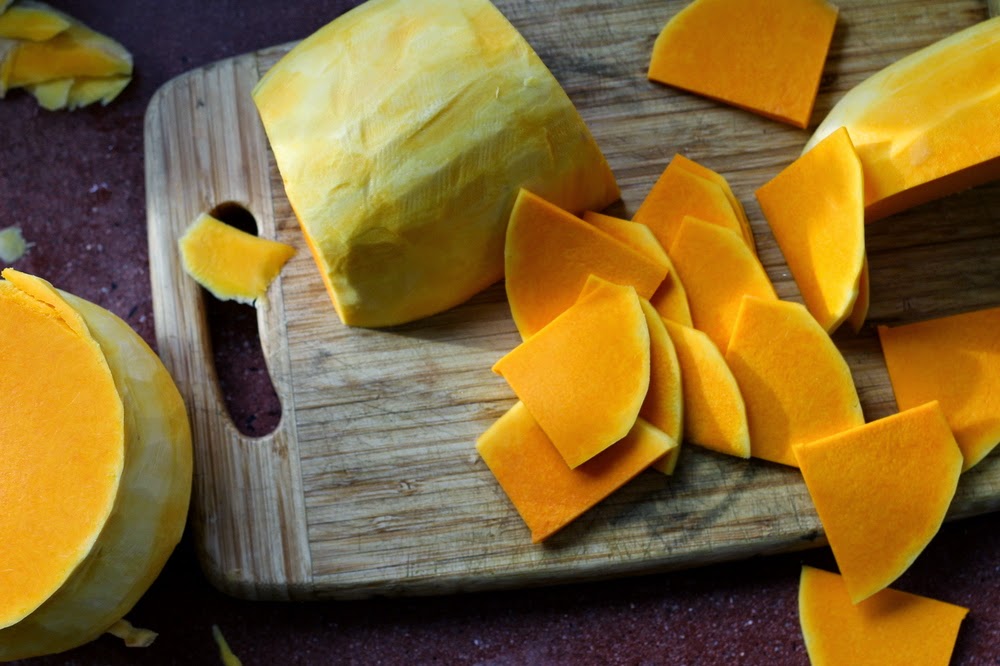 That afternoon, the rest of the family was working outside so I had the kitchen to myself. I cranked up NPR and had myself a jolly good time. In fact, I was having so much fun that I neglected to push myself at the breakneck speeds necessary in order to get everything done in time. As a result, when the guests arrived, I had only just slipped the first galette into the oven. 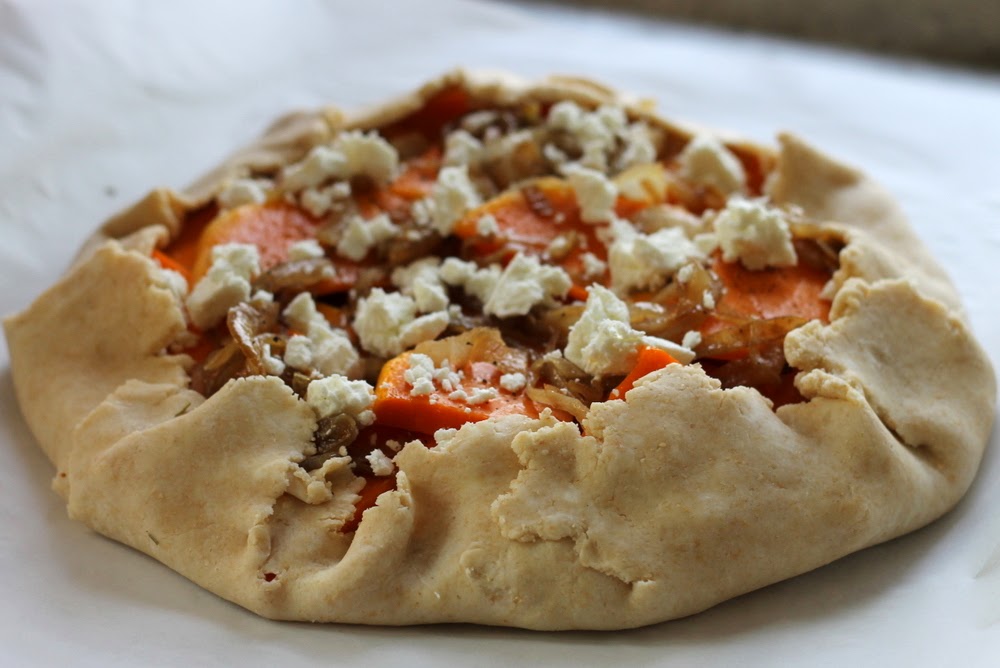 No matter. We drank red wine, visited, and gave an impromptu tour of the house. And as soon as the first galette was ready, we dug in. But then we had to stop and wait for the second one to finish baking. So we drank more wine and did more visiting. The meal was turning into a lingering affair, which, I was happy to discover, was actually quite pleasant and not at all disaster-ish. 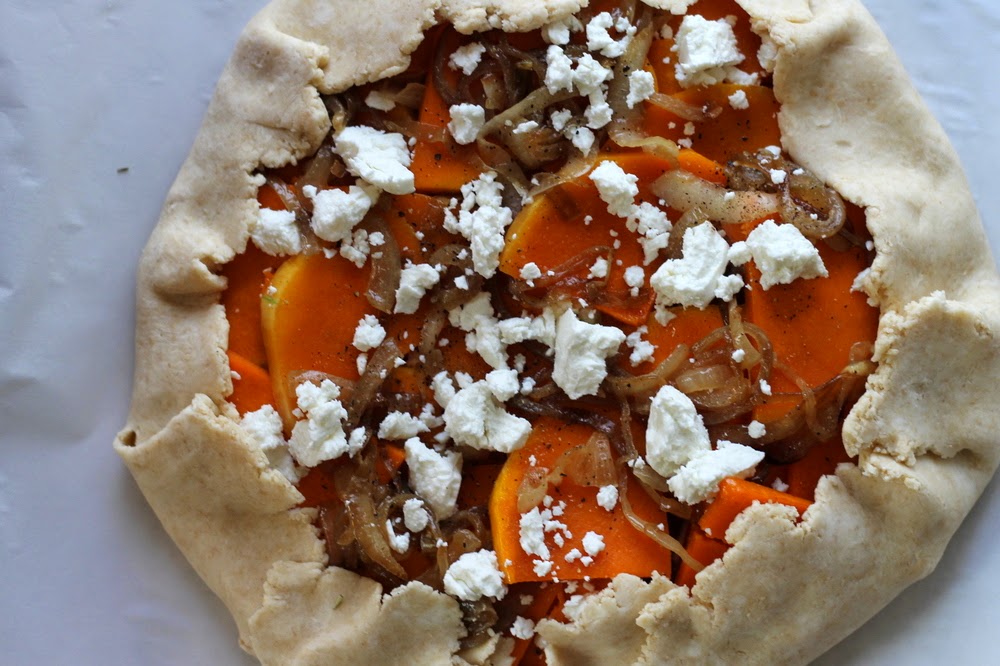 The second galette eaten (all but two pieces), we tucked into the apple pie (more pastry!) and ice cream and passed around cups of coffee. And then we moved into the living room (while my older son washed the dishes) and visited until after all the kids had put themselves to sleep. 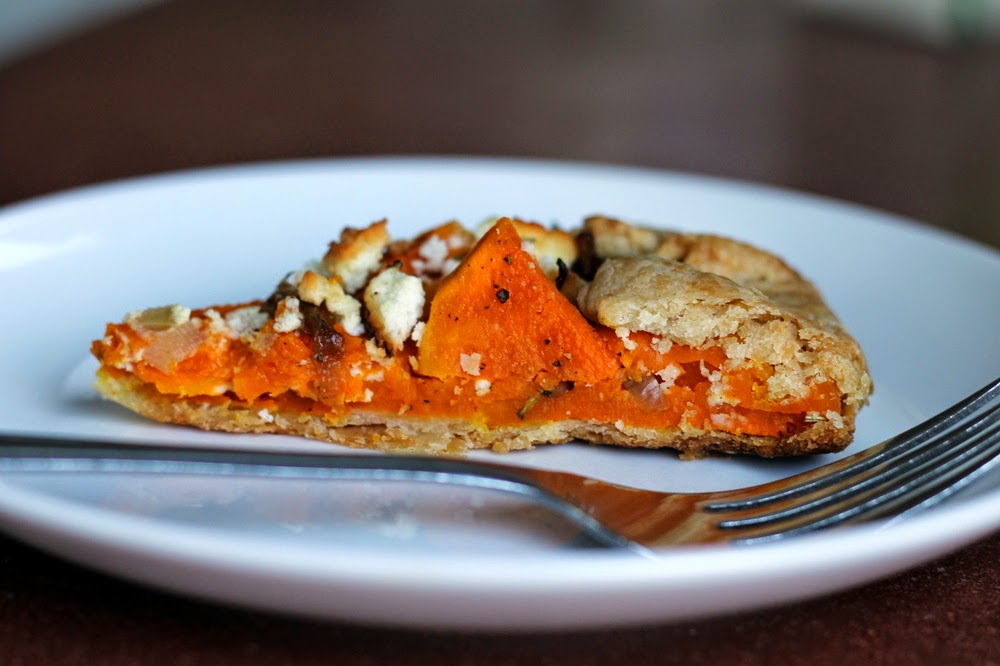 The following morning I ate a piece of leftover galette for breakfast. And the next day, too.  It’s all gone now, but I can’t stop thinking about it. A galette is such a simple, elegant dish with any number of variations. 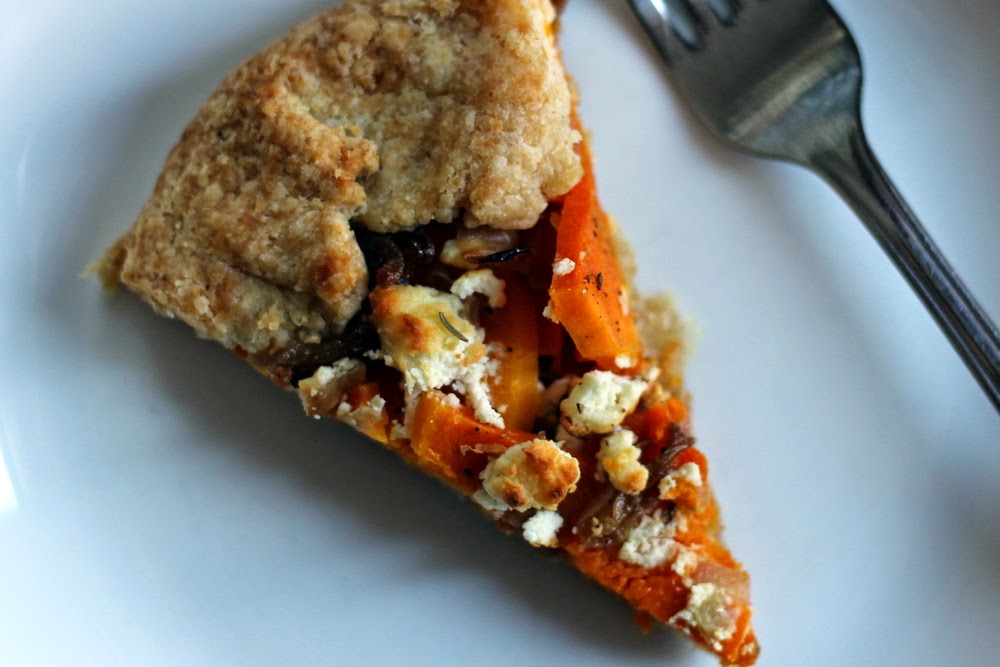 Thinly slice the squash, drizzle with olive oil, sprinkle with salt, and microwave, covered, for about four minutes or until tender. (Another option is to steam the squash on the stove top or roast it, covered, in the oven.)

Slice the onions in half lengthwise. Place each half face down and then slice thinly into half circles. On medium heat, saute the onions with a hearty drizzle of olive oil, a couple pinches of sugar, and salt. The onions are finished when they are satiny golden, about 20 minutes or so.

Roll out one of the pastry disks as you would for a pie. Place it on a parchment-lined baking tray. Using only half of the filling ingredients, layer the squash with the onions and goat cheese on top of the pastry round, making sure to leave a one-inch border all the way around. As you fill the pastry, sprinkle each layer with salt, pepper, and rosemary. Fold the edge of pastry up over the filling. Repeat, using the remaining ingredients and the second disk of pastry.

Bake the pastry at 400 degrees for 30-40 minutes or until the pastry is golden brown. Serve warm or at room temperature.