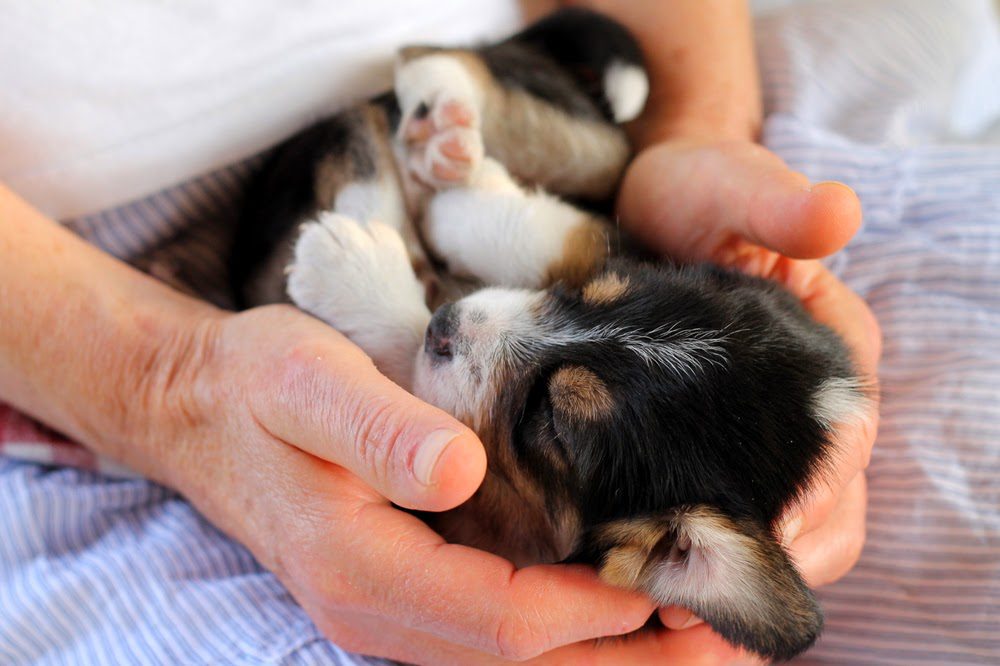 Y’all. I have gotten so many (in other words, more than one) request for “more puppy pictures please!” and so, without further ado, eat your puppy-loving hearts out, people! 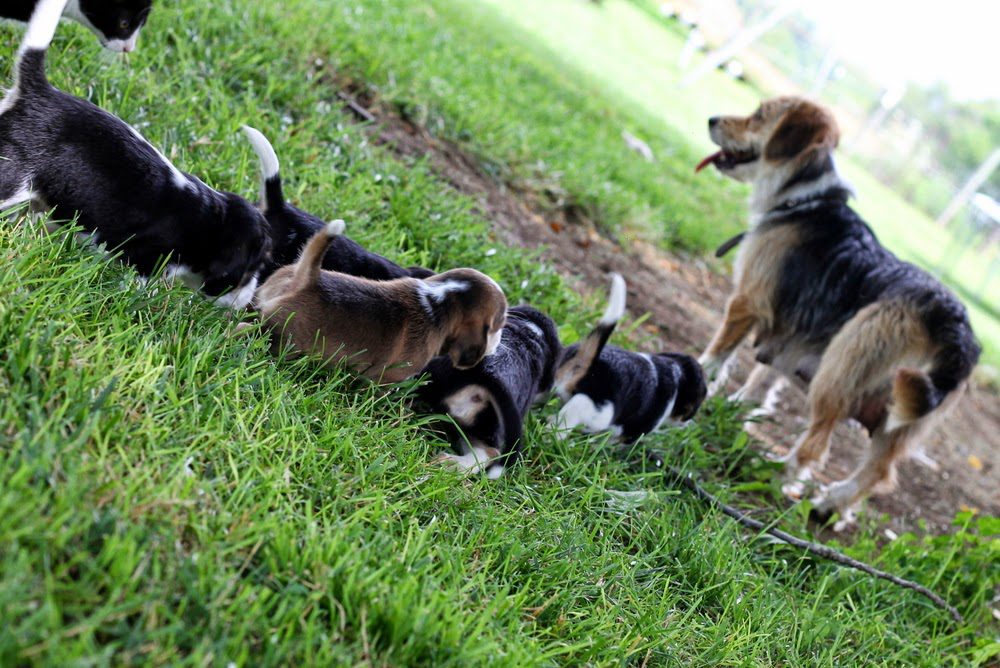 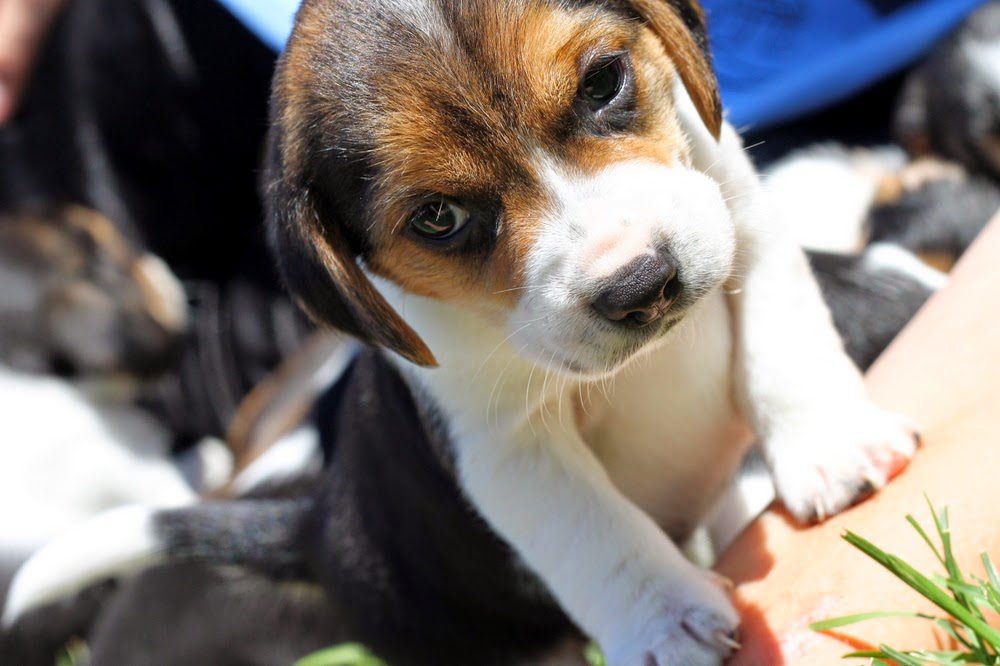 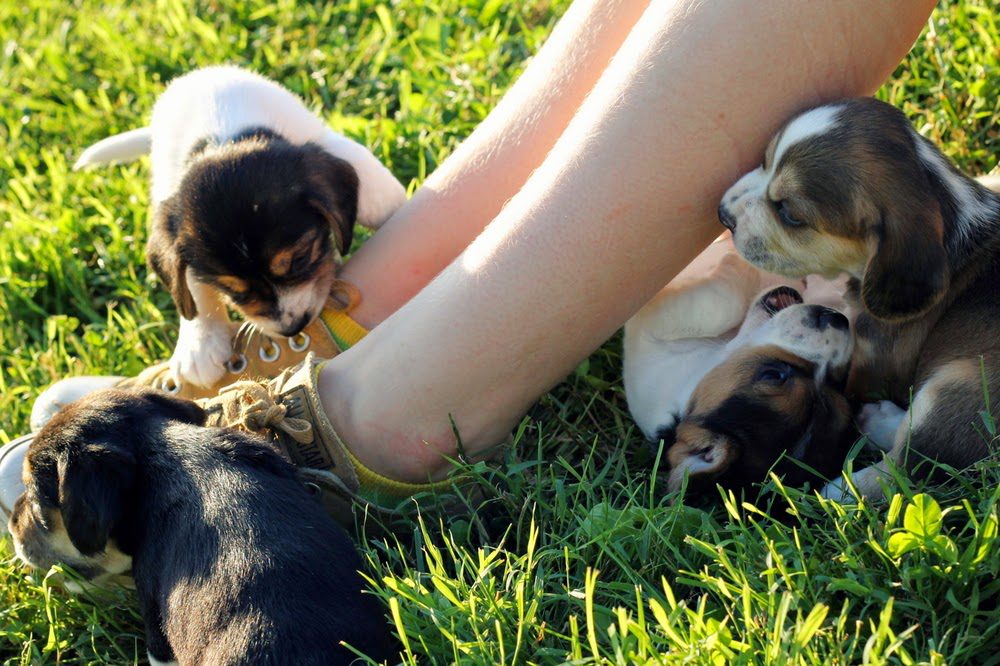 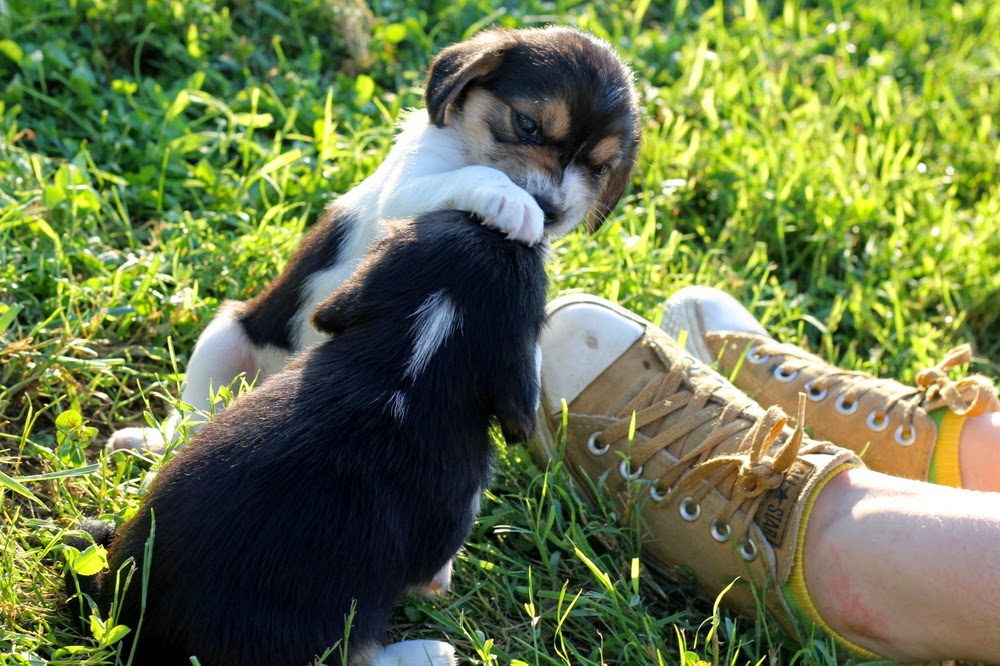 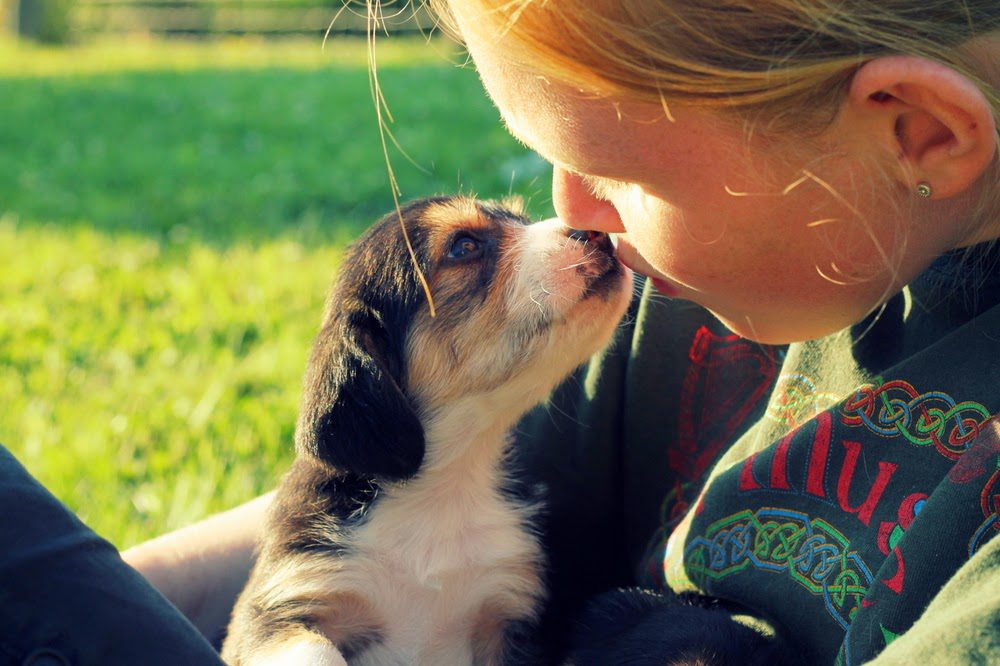 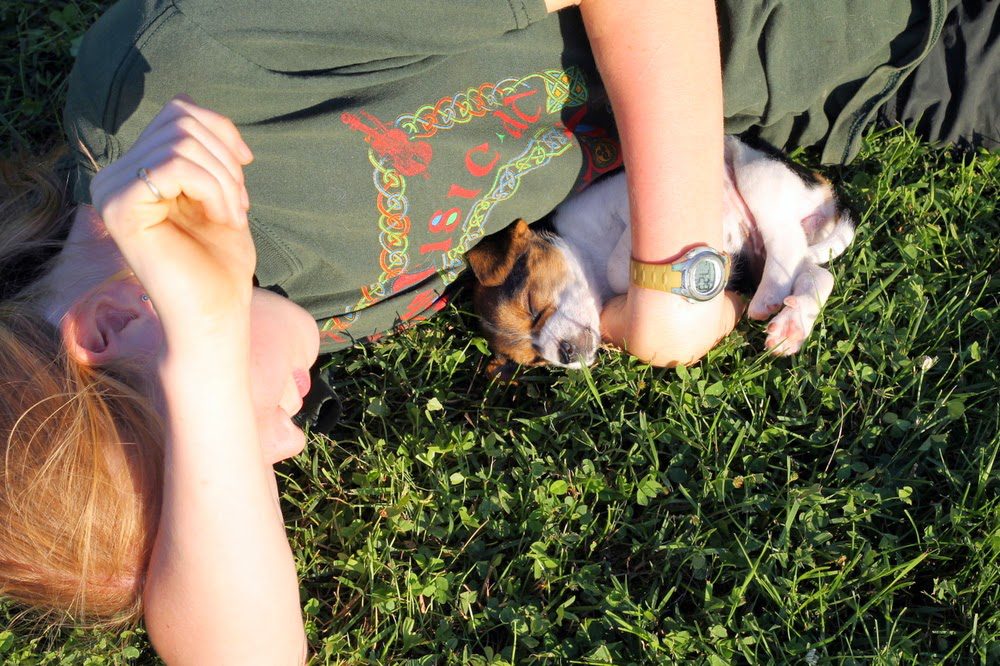 I tell you, these puppies have had more visitors than any of my babies ever did. I’ve heard that in order to be properly socialized, puppies should be exposed to a wide variety of people in the first couple months of life.

This is what the dog kennel looks like on any given day: 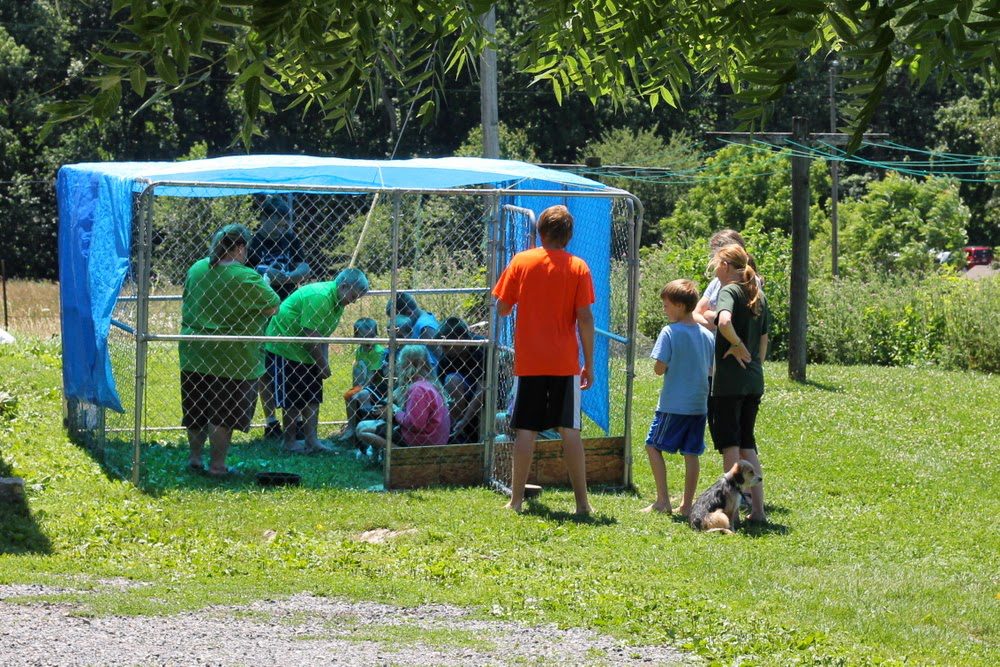 I think we’ve got socialization covered, no problem.

This past weekend, Charlotte gave us quite the scare.

Over the course of a day and a half, she stopped eating and started drooling and eating dirt. She developed a stiff-legged gait (kind of dragging her hind legs), her eyes glazed over, and she became lethargic. We spent Sunday morning researching on the Google (we were skipping church anyway, but no one needs to know that) and attempting to tempt her with tuna, beef, eggs, and cheese. She didn’t bite (literally). I conferred with the vet hospital. We were pretty sure this was eclampsia, or a calcium deficiency, but was it an emergency? If not yet, when would it become one? Could we wait till the morning?

And then she started with the shakes. Trembling all over. We took her temperature (after another quick visit with Google)—no fever. And then she started the pacing, and the shaking worsened. That did it. Off to the vet went Charlotte, my daughter, and husband.

Five hours later, they were home. Yes, she had been suffering from a severe calcium deficiency. (At its worst, her muscles were jumping a half-inch out from her body. I read that sometimes the tremors are so severe that they actually cause a fever.) They had given her an injection and some saline for dehydration.

On the way back, my husband purchased two cases of canned dog meat (which we have never, ever bought) and TUMS. Upon hearing our tale of woe, some neighbors gave us an enormous bag of unwanted liver they had stashed in their freezer.

Over the course of the evening, Charlotte’s appetite gradually returned. At first, my daughter had to blend the meat into a sauce so she could lap it up, but by bedtime she was wolfing it down and desperate for more. She has continued to eat voraciously and is, we think, completely back to normal.

As for the puppies, we increased their feedings of gruel to alleviate the strain on Charlotte, and she has been able to continue nursing them (and Luna) throughout the day.

All is well, whew. 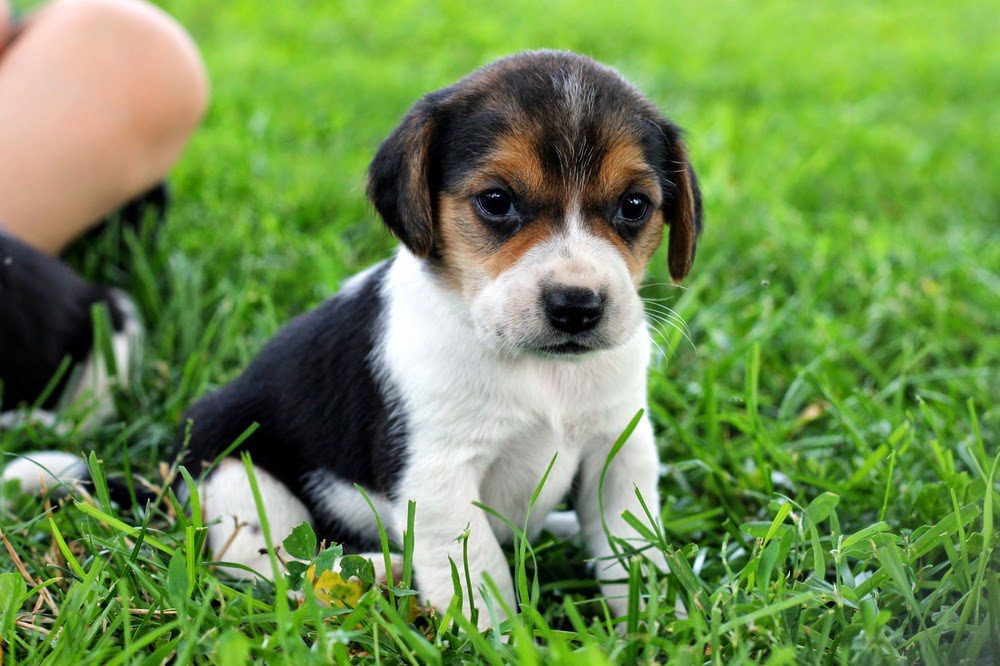 Puppies For Sale!!!
Three rounds of worming.
Two rounds of puppy shots.
Well socialized and positively adorable.
$125
Ready for pick-up after August 7.
(Pre-ordering with a $50 down payment encouraged.)