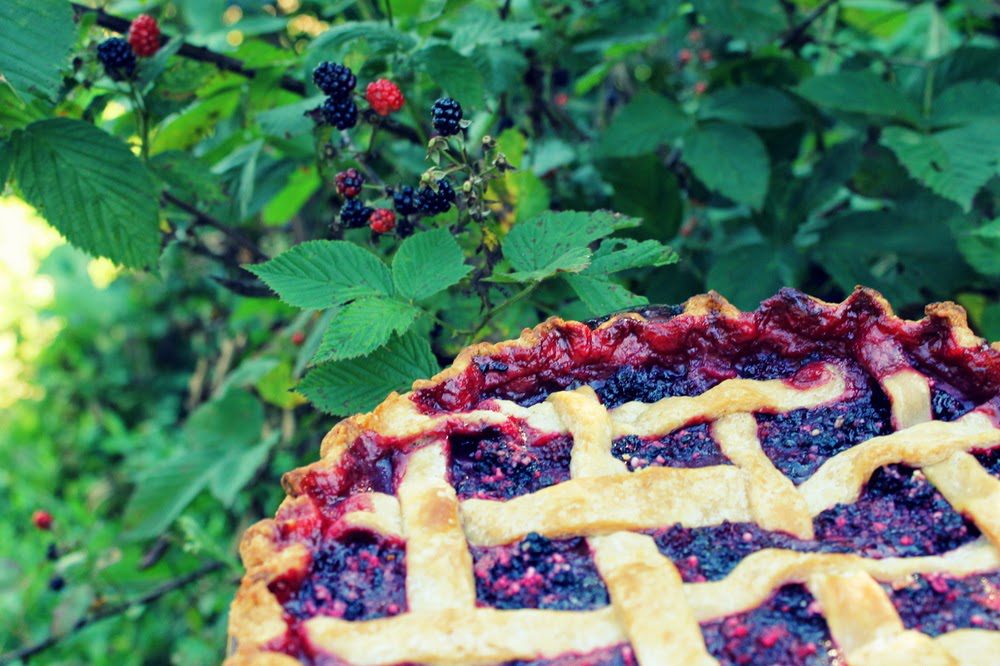 My parents have been slogging away at finishing up their new house. They’re down to the floors, now. It’s slow-going, but the place is stunning. They show up on our doorstep every 24 hours or so to mooch off our internet, food, carpentry knowledge (my husband’s, not mine), but most of the time, they’re up at the property, their noses to the grindstone.

Now, as it turns out, their woods are full of blackberry bushes, so for a while there my mother turned her attention from oiling floors to picking berries. One day she invited my children to pick with her. I dropped them off with promises of blackberry pie ringing in their ears. The children returned with enough berries for a pie and a quart leftover for a cobbler: blueberry and raspberry, I think—my mother already dubbed my future creation “Black-and-Blue Cobbler.”

I was baking the promised pie on Saturday afternoon when Suburban Correspondent came to visit. It felt kinda cruel, baking a pie and not giving her any. But it would’ve still been hot and therefore too soupy. Besides, there was chocolate chip cookies and mint tea. Though—full disclosure—we ended up talking so long that the pie probably had plenty of time to set. But I kind of forgot about it by then. In fact, I kinda forgot about everything, so lost in conversation was I. I didn’t even think to feed them supper.

A word about meeting blogger-friends. Earlier this month, I met half of Mama Congo from, well…The Congo. Then, like I said, there was Suburban Correspondent from Suburbia. Mavis from out West pops in every now and then (last time she brought me a fifty-pound sack of potatoes from Lancaster). And this weekend we get to host the gang from Thrift At Home again. It’s so special—kind of magical, in a way—when virtual friendships cross the line to face-to-face ones. (I was going to say “real” ones but more and more, the line between virtual and real is looking pretty ragged.)

Anyway, the next afternoon I called up my parents and asked if we could come over with pie and milk. They said yes (because they are not dummies). Dad made coffee in their outdoor kitchen, and I got to have a tour of the place. Tours involve removing our shoes, standing on old rags, and then slishing across the floor, sopping up excess floor oil. It’s complicated. Mom showed off her dish-washing set-up (running water!) and I went around back to check out their outdoor sleeping quarters. 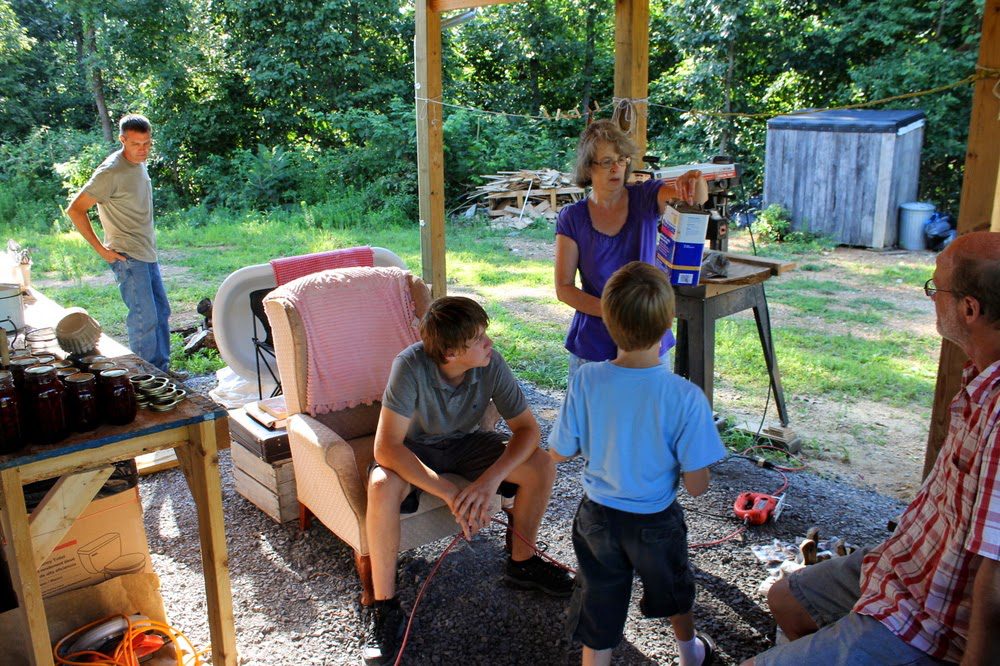 The kitchen.
Notice the jars of canned blackberries on the counter. 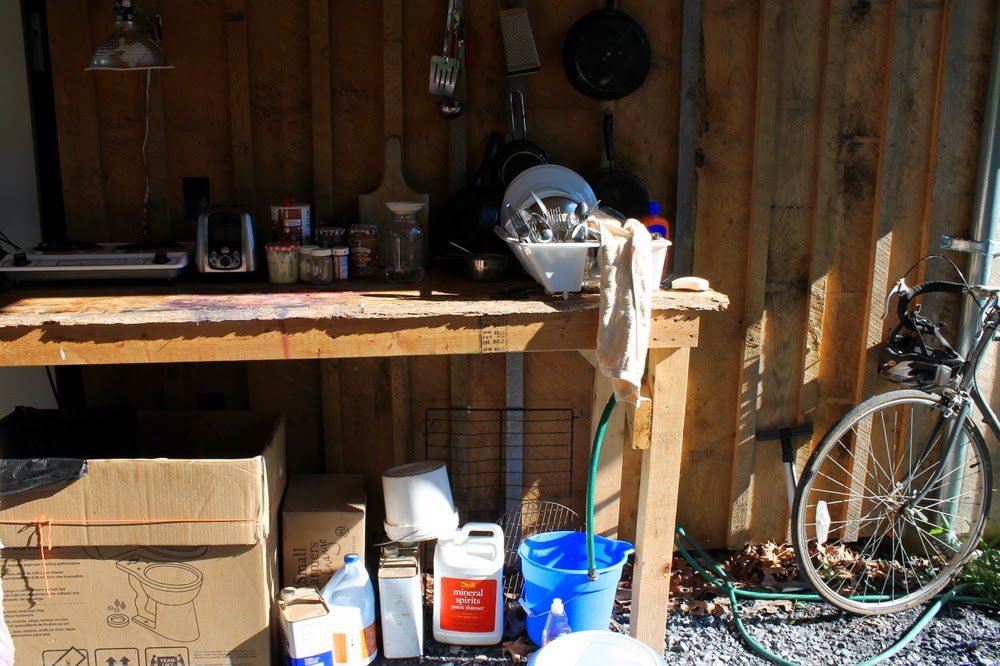 Can you spy the running water? The stove? 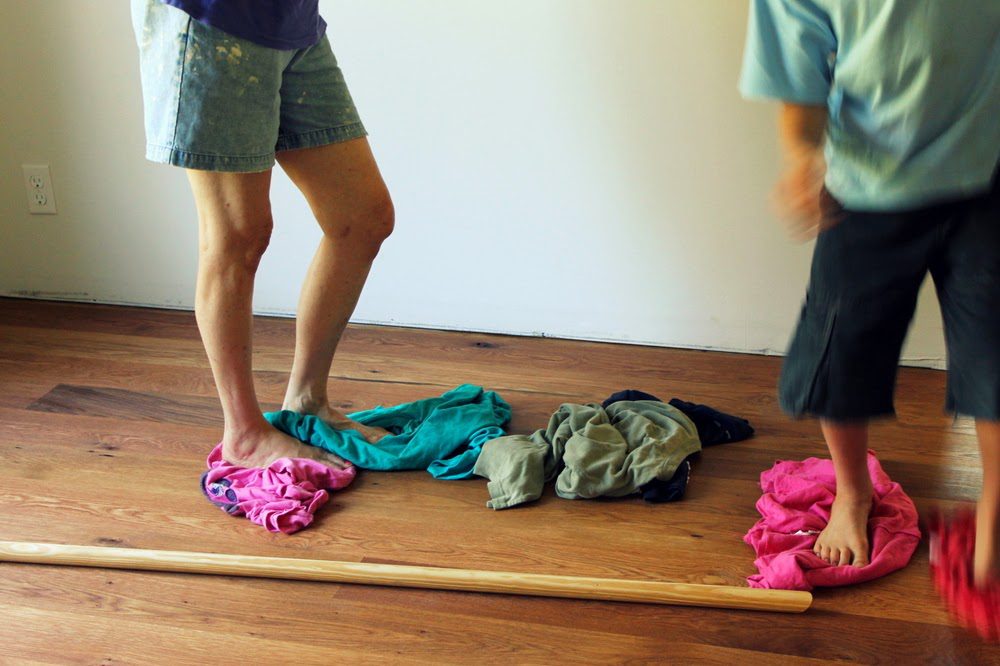 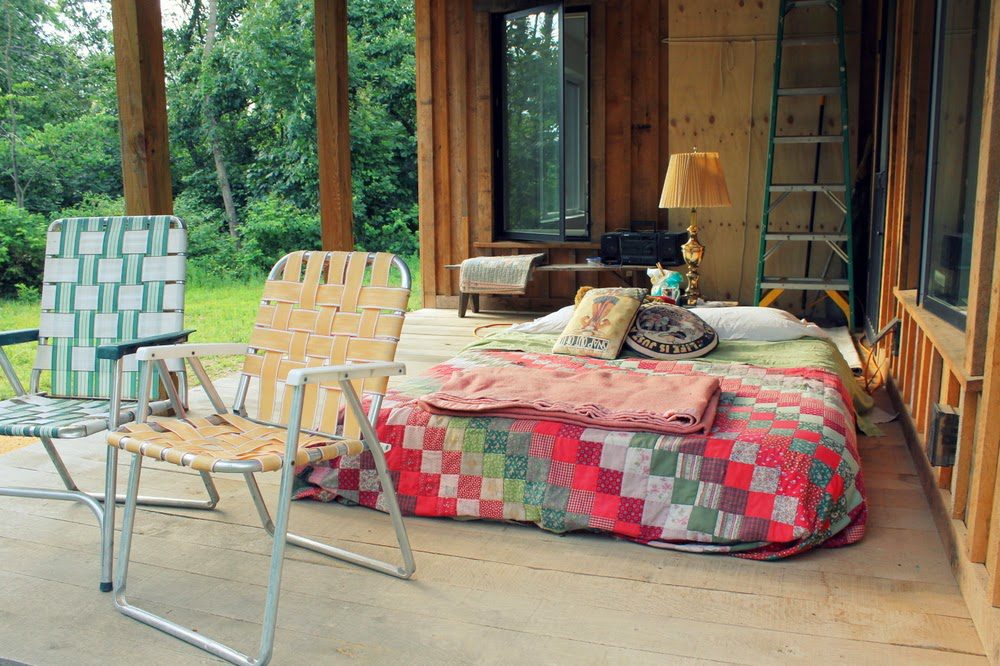 Go on. Pinterest it. I know you want to. 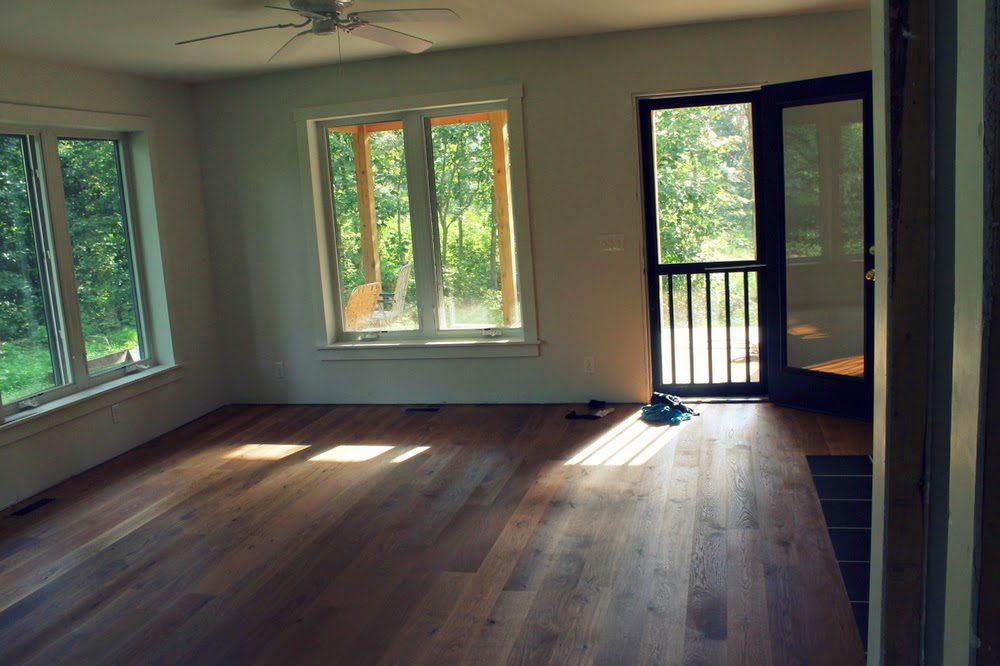 Windows for light, an open door.
(If you sang that caption, you might be Mennonite.) 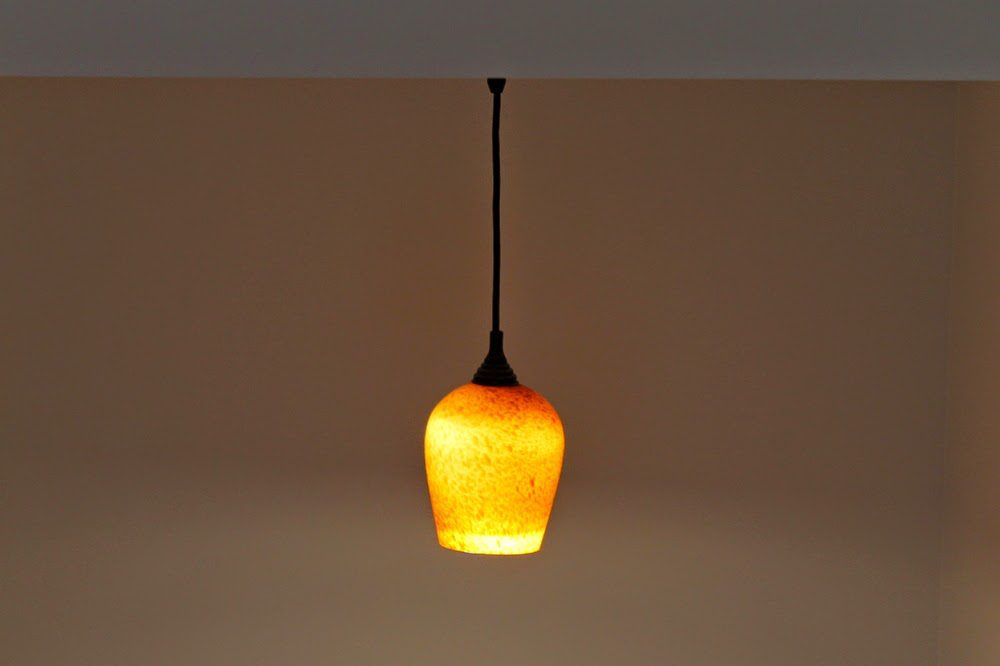 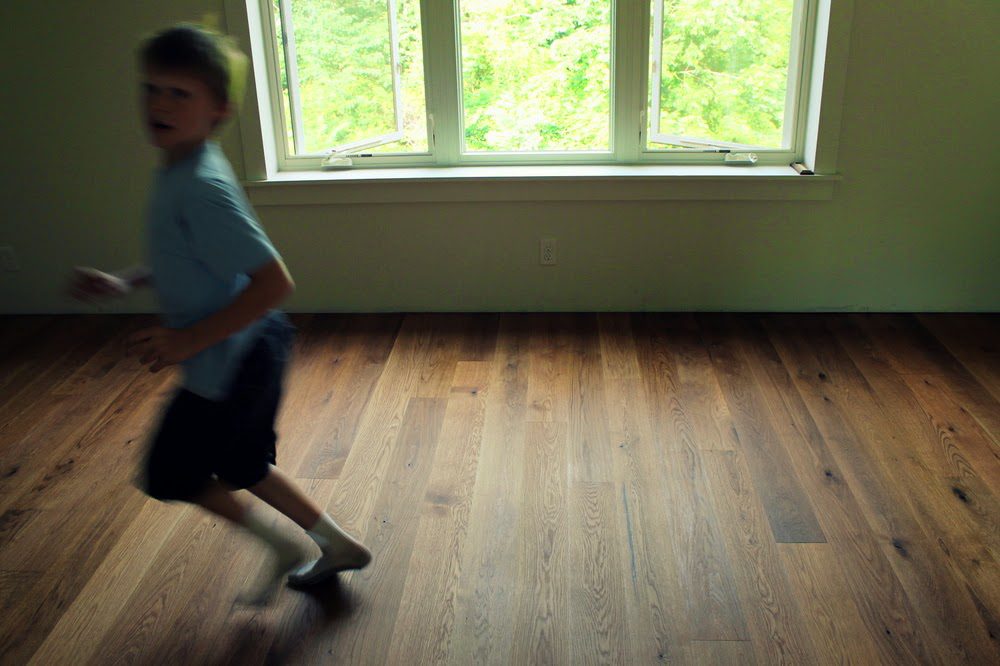 Then we ate the pie.
In ten minutes flat.
And that was that.
The end. Goodbye.