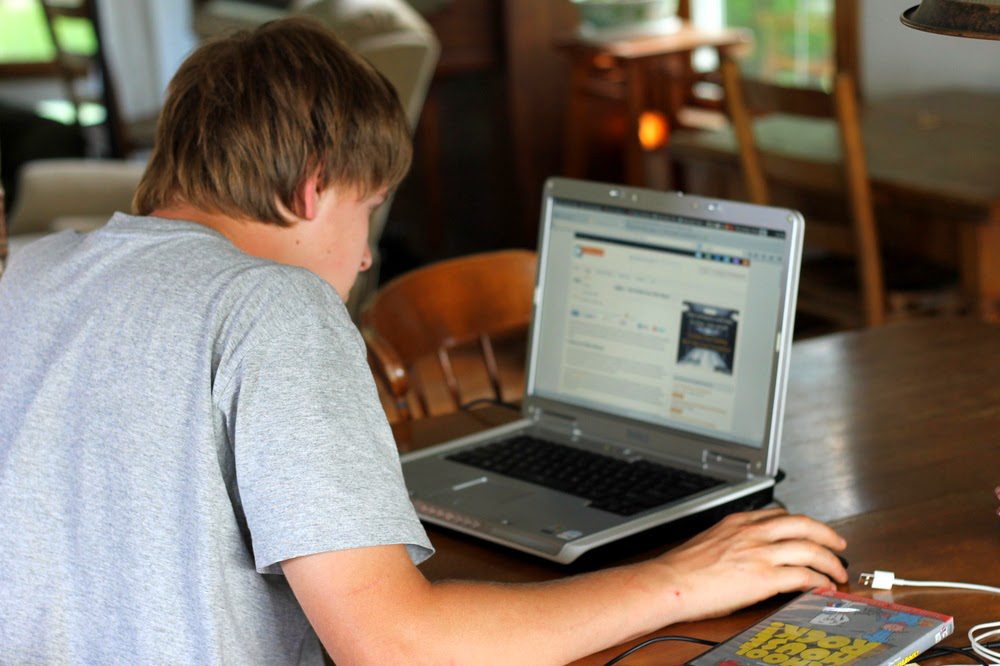 Two weeks ago, I decided we were done with studies for the year. I didn’t tell the children when we were stopping, partly because I wasn’t sure exactly when that would be, and partly because I was afraid they’d start begging and whining (more than normal). We had worked fairly consistently over the last few months and were in a pleasant groove. There was no need to shake things up with threats of freedom.

But spring had definitely sprung. With the hotter days, I needed my cool mornings for outside work and kitchen tasks—both feel unbearable in the middle of the afternoon. Plus, on sunny mornings, the kids tend to wake up and walk out. No one has much patience for sitting inside and reading when the birds are chirping (and pooping all over the porch) so merrily.

All that first week, we reveled in our freedom. A trip to town, a baking project, gardening—all of these no longer felt like one more thing to squeeze into a crowded day. Instead, they were what the day was about. There was time for afternoon walks, magazine reading, visiting with friends, and volunteering. Kids gushed over their free time, got totally bored, and then eventually found something to do.

Towards the end of the week when I was reviewing the photos from the last few days, I realized that even though we were no longer doing our studies, learning hadn’t been diminished in the least. In fact, it had, perhaps, even increased.

My son spent hours trying to figure out the Linux programming on an old computer from my brother. 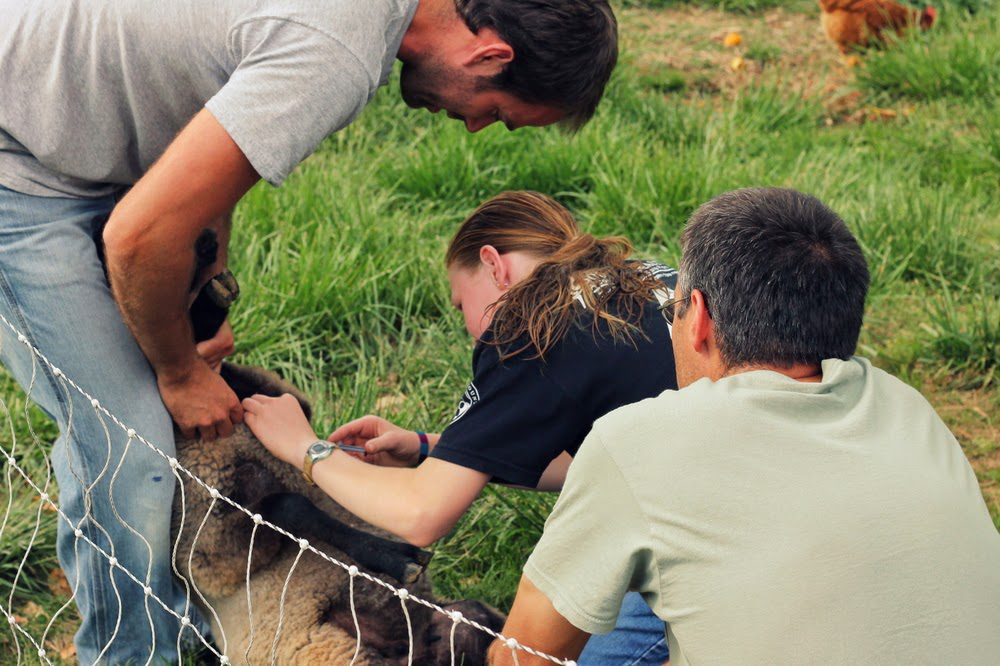 My daughter gave her first vaccine. 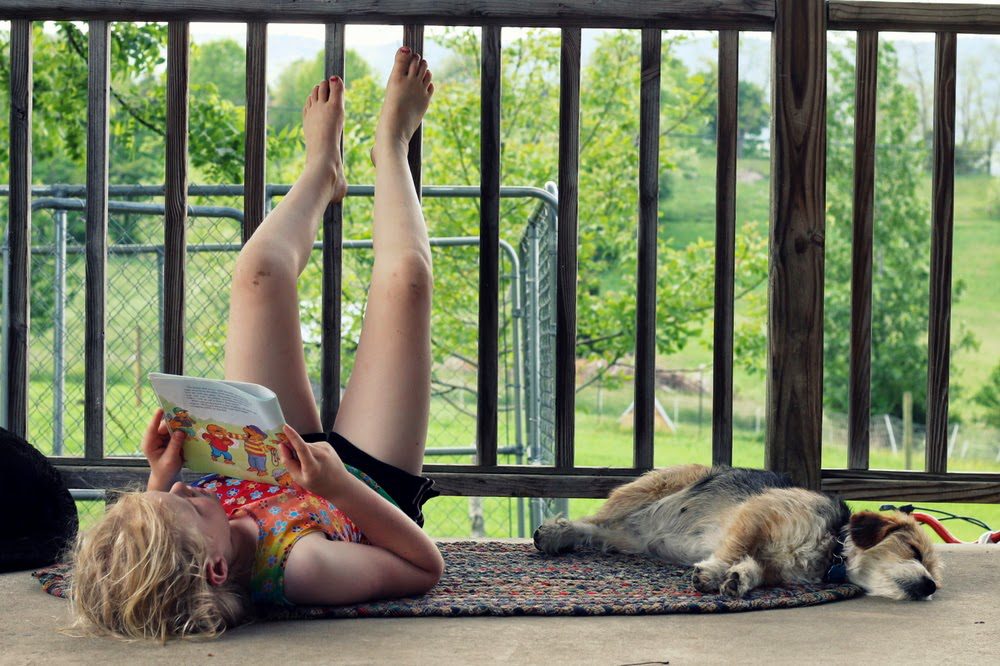 The younger children, both “late” readers, spent hours reading to themselves. 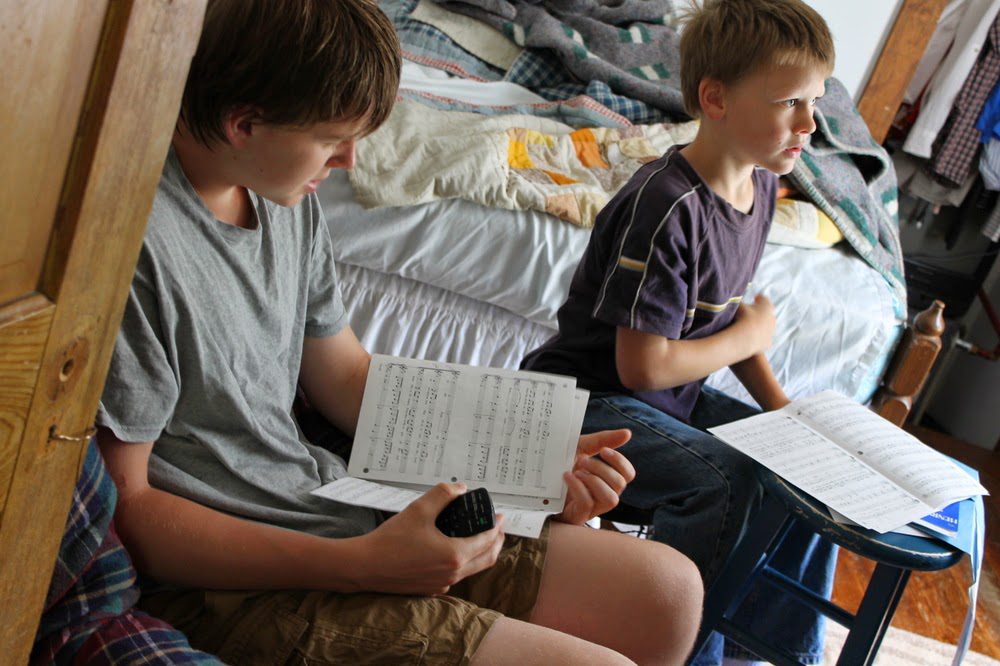 The boys practiced their music for choir. 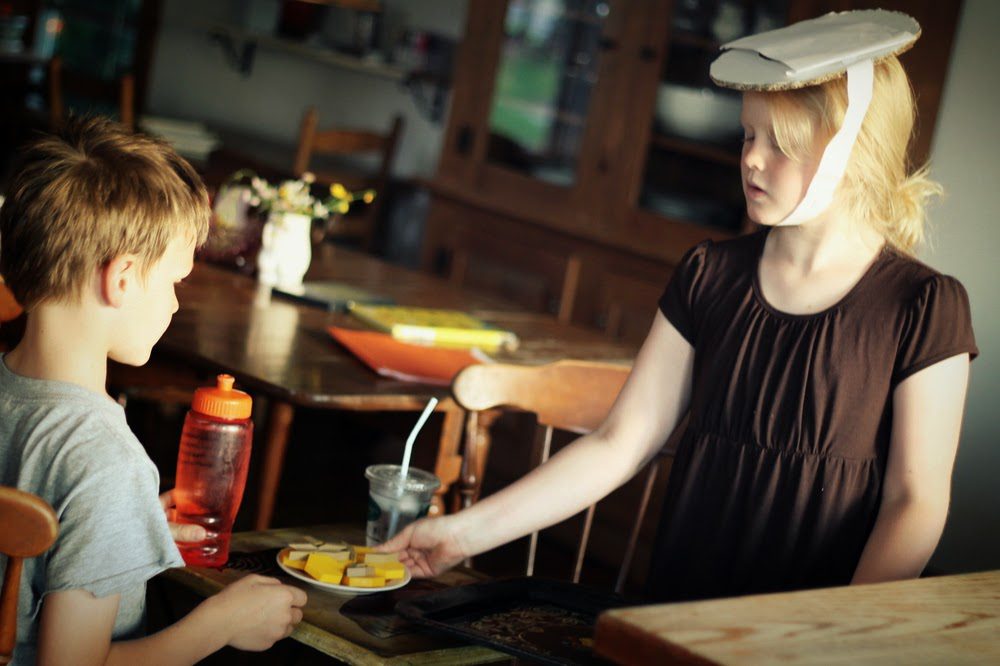 The younger two played some intense games of Pretend. 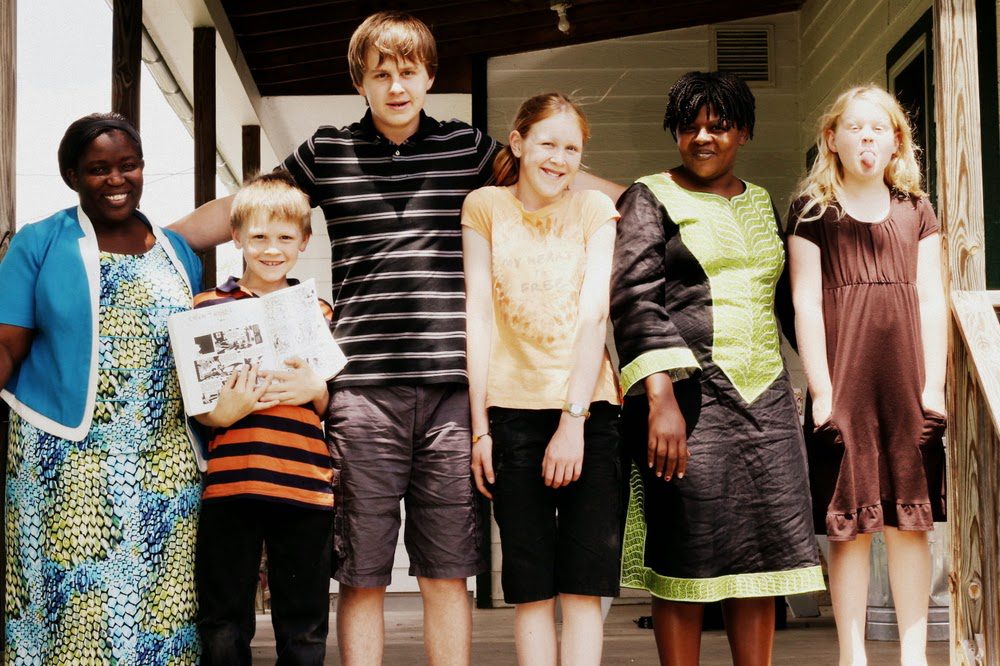 We hosted two women from Kenya and got a crash course on Kenyan politics.

*the twin babies that the older three have been taking care of as Mother’s Helpers
*the new-to-our-area Muslim family that came for an afternoon visit
*the already-mentioned new job at the horse farm.

“It is not knowledge, but the act of learning, not possession but the act of getting there,
which grants the greatest enjoyment.” Carl Friedrich Gauss

This same time, years previous: the quotidian (6.3.13) and hypothesizing.