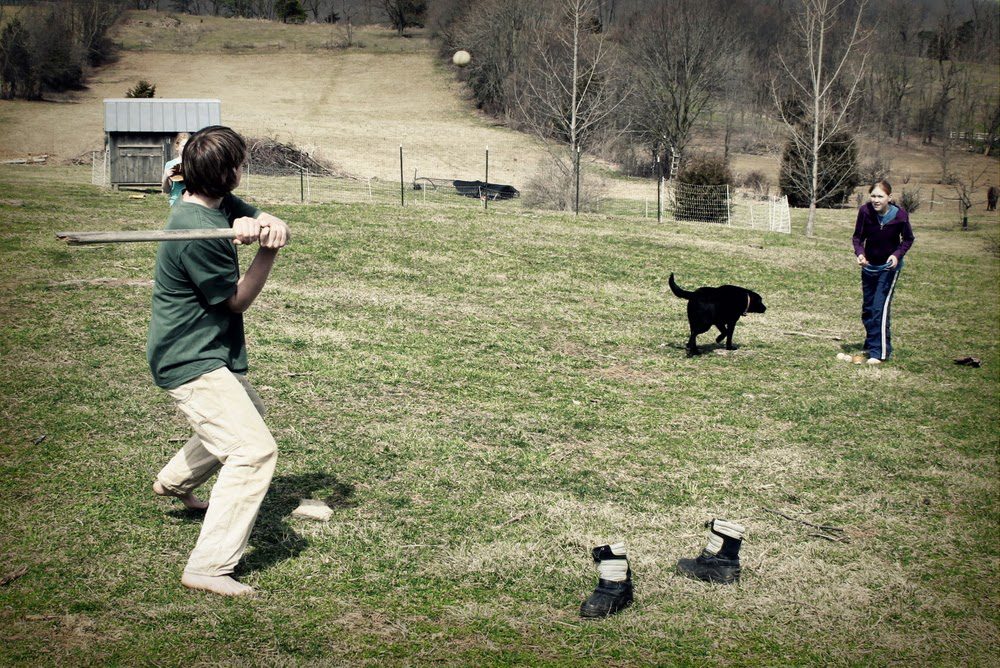 As I’ve mentioned before, one of the most frequent questions that homeschoolers get is, But what about socialization? Despite it being a common query, and even though I’ve been responding to it my whole life, it still catches me off guard every single time. Probably because it feels so irrelevant that I don’t know how to answer it relevantly.

If that makes any sense.

But I’ve been doing a bunch of reading and have learned two things:

1. The socialization question is actually quite relevant, but not in the way that everyone is assuming it is, and,

2. Healthy socialization, studies show, is not acquired in schools.

First, in Free to Learn, Peter Gray explained all about how and why young mammals (a.k.a. children) need to play with other young mammals in order to properly develop. If deprived of that opportunity, the connectors between the frontal lobe and the rest of the brain—the areas for impulse control and emotional development—are diminished (176). Assuming that the socialization question stems from the concern that homeschooled children aren’t getting sufficient playtime with other children (because their mothers chain them to the kitchen table, roar), then the socialization question makes sense.

Except it doesn’t. Because in that first sentence about mammals, the key word is “play.” Socialization requires play, and the definition of play is activity that is self-directed and self-initiated with the ability to quit at any time. Except for brief bursts of time on the playground, children in school are doing everything but playing. When looking at socialization through this lens, there is much cause for concern, though not in regards to homeschooled children.

Second, I’m plodding through a brutally dry, research-based book called School Can Wait. It’s so chock full of studies that it’s barely legible. I’m able to get the drift, more or less, the gist of which is: studies from the 1950s showed that poor, underprivileged children benefited from early interventions so educators/politicians/social workers/whoever decided that all children would benefit from early interventions even though other studies showed that children from average homes were actually hindered by these same interventions. These authors say, based on their studies that I can hardly decipher (sorry to be so nonfactual), that the longer children remain in the home, the better socialized they are. This is the exact opposite of what our culture would have us believe.

The authors also mention an intriguing study in which a woman  named Janet Kastel studied the non-family-oriented Israeli kibbutzim and observed what happens when children are constantly in the presence of peers. In these situations, children are less likely to take initiative and be creative. They hesitate to make independent decisions. As they get older, they become unsure of themselves and don’t know how to act without group approval. These people, Kastel says, make excellent soldiers (32). This same age-regimented system is very similar to our school systems, and it yields similar results. Which should be no surprise as it was the goal of the school system in the first place. (Go on, click the link. It’s a doozy.)

Socialization is all about developing a personal identity and interpersonal skills, and becoming a contributing member of society yadda yadda yadda. If, because of a plethora of reasons (the lack of play and the age segregated groups being just two of them), school children are hampered in their socialization, then it is for these children that we ought to be the most concerned. Perhaps it would be more accurate to ask the but-what-about-socialization? question of the children in the school system instead of the homeschoolers.

Yikes. Why do I just feel like I mouthed off to my grandmother?

When I talk about homeschooling, I feel like I’m walking on eggshells. I truly don’t want to hurt feelings and put up walls. This is Big System I’m railing against, not ordinary moms and pops. Heck, I am an ordinary mom, just muddling through, doing the best I can with what I have.

Yet now, thanks to my reading and ever-growing personal experience, I find myself listing more fully into the homeschooling/alternative education camp. It’s getting more difficult to see the value of the other choices. Oh sure, I know lots of great kids in the school system, kids who will turn out better than wonderful. But that in itself is no longer enough to justify the system. It’s becoming harder and harder to walk the line between the two worlds. I’m losing my footing.

I believe personal stories, not sermons, are most effective in inspiring change. Yet a pulpit-pounding sermon can be an invigorating wake-up call. I actually really enjoy reading bold tirades. They make me think, and when I’m thinking, I feel more alive. So maybe I need to stop worrying about offending the participants of The Institutionalized Education Big Leagues and start writing for the scrappy bunch of punks playing stick ball in the empty lot down the street (or in the back yard). Maybe it’s time I start writing what I want to read.