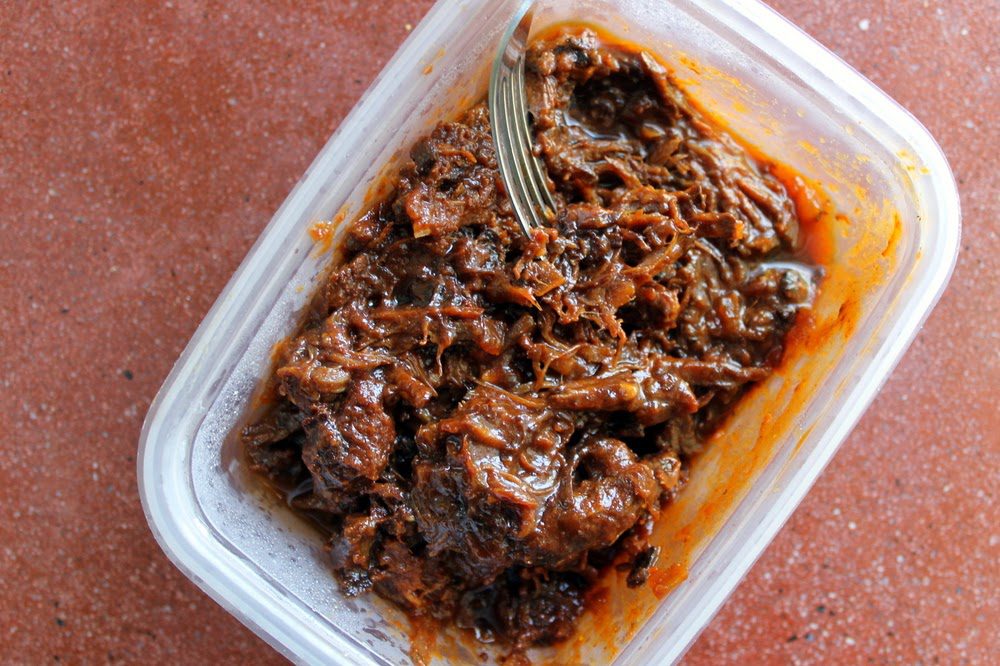 Before I talk meat…

Your enthusiastic response to my plea for good book suggestions was so encouraging. First thing Saturday morning, I made a list of your recommendations. I researched books on Amazon. Then I headed into town to run errands and stop by the library. But woe—whoa—it was not to be. Our library, it so happens, doesn’t open until noon on Saturdays. I was crushed.

Back home, I logged onto the library website and put entirely too many books on hold. Then I considered my options. A couple of you talked about rereading certain authors. This is not a new idea—I know plenty of people who reread their favorites every couple years—but this time I heard it differently and I was like, Well yeah, I don’t even know what my favorite books are about anymore. So I nabbed Bean Trees off my shelf and dived in. Let the party begin!

Now. For the meat.

Breaking news: I finally figured out how to cook venison.

I’m timid around meat—afraid I’ll ruin an expensive cut with my limited know-how—and even though venison isn’t expensive and should therefore be less stressful, it makes me tense up even more because I’ve always thought of it as an inferior product. It has that gamey taste that everyone rolls their eyes about, and you have to know how to mask it just so or you end up with a bunch of tough meat that tastes like road kill.

Not that I’ve ever eaten road kill.

It’s not like anyone is ever out to acquire a nice cut of venison for a cookout, right? I know this because if it were so, they’d sell it in stores. But no. People just happen to have a hunter or two in the house and a freezer full of the stuff and then they are forced to figure out a way to use it up.

The thing is, I’ve always known venison can be really good. I’ve known this because people with discerning palates have told me so. I’ve just never actually experienced it firsthand. So last fall when our neighbors offered us a piece of fresh venison, I, buoyed by an eternal and unfounded optimism, said, Sure, why not. I’d figure something out.

The “piece” of fresh venison ended up being about half a deer. I stared at the pile of deer parts piled on the kitchen table, gulped, and handed my daughter a knife. A few hours later and we had a hefty stash of cubed venison in the freezer. (Thanks to The Google, the bloodier meat got soaked in salt water to remove the gamey taste. It worked.)

Yesterday I thawed three of the packs and turned them into pulled venison and it was fabulous.

Fabulous as in, I am so glad I have more venison in the freezer.

Fabulous as in, my husband said, “No one would ever guess this was venison.”

Fabulous as in, I forgot to photograph it because we were so busy eating.

Fabulous as in, today I made a sandwich with some of the leftovers so I could take a picture, and my children fought over the sandwich.

Never again will I feel shy around venison. Never again. This stuff rocks. 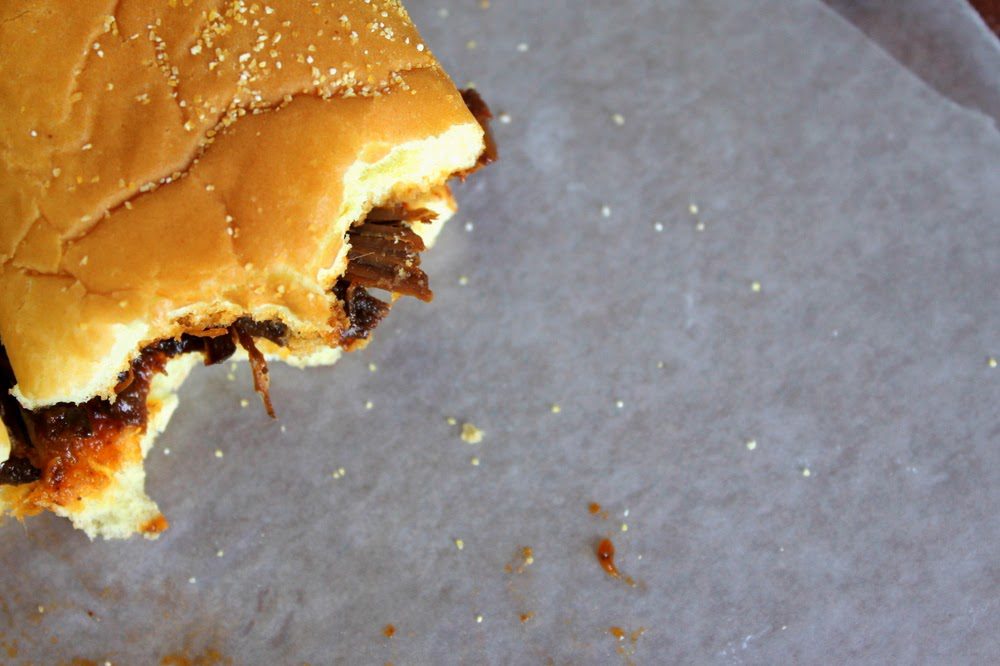 One reason I so like this recipe is that it uses any size cut of meat: big chunks, little chunks. They all get thrown in the pot together and shredded up at the end.

I only made a couple changes from Jane’s recipe: I added a chipotle pepper (I wish I would’ve added more), and I deglazed the pan with some broth and didn’t discard any fat (you know how I feel about fat, yum-yum).

Chop the bacon and cook it in a pan with high sides (to avoid splattering grease all over the floors). Remove the bacon bits and set aside.

Rinse the pieces of venison to get rid of any residual blood. Blot dry. Working in batches, brown the pieces of meat in the bacon grease, making sure to get a good brown on both sides. When all the venison is browned, add the broth or wine to the empty, hot pan and stir vigorously, scraping the bottom to get up all the browned bits. Pour the liquid into the crock pot and add the bacon and venison. Add the remaining ingredients and stir.

Turn the crock pot to high and cook for one hour. Reduce to low heat and cook for another 6-7 hours, stirring every couple hours. Right before eating, vigorously shred the meat with two forks. I did this directly in the crock pot, but you can remove the meat and shred it on a cutting board if you prefer.