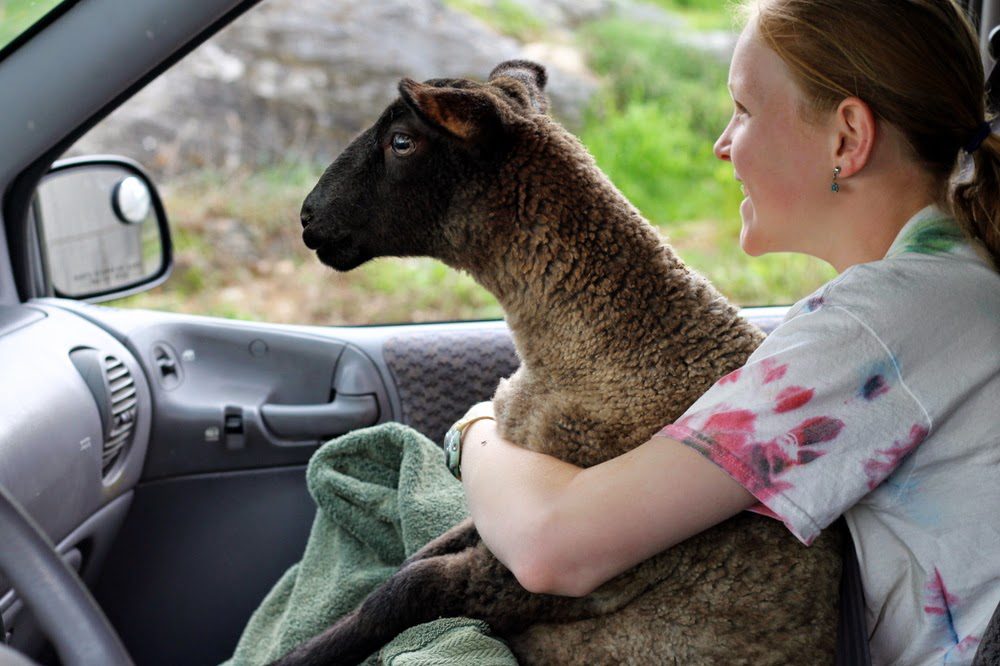 My older daughter has an agreement with a neighbor friend: in exchange for childcare, housework, gardening assistance, and animal care, he will give her sheep. Or some type of animal TBA. The details of the arrangement aren’t smashed out clear, but they’re kind of beside the point, at least to me. I’m just happy that she has the opportunity to work with and be trained by a farmerish man. (Neither my husband nor I could ever be mistaken for farmerish.)

The other day, she went to his place to help work the sheep. She got to fill the syringes for vaccinations (I felt like an evil doctor! she gushed), hold the sheep while they got their hooves trimmed, and observe the ear tagging. And then she came home and trimmed Omri’s hooves.

Oh, and about Omri. Last weekend another neighbor friend (this is getting confusing) came over and performed a surgical castration on Omri. (Except he doesn’t call it a castration; he calls it getting “changed,” as in, “Does it suit for me to come over now and change the lamb?” For some reason, this makes me giggle every time.) My daughter held Omri and the rest of us stood in a row and gawked. I took pictures, but my husband says I shouldn’t post them so I won’t. I’ll just have to settle for telling you in words: it was fascinating.

Anyway. Back to the work-for-sheep neighbor friend. When we got Omri, Farmer Friend expressed some worry about Omri being a singleton. Sheep are companion animals, he explained. How about I give you an advance of one sheep?

So Monday morning found us trying to stuff one very large and very loud lamb into our van. The dog carrier we had brought along for transport was way too small, so my daughter said she’d just hold the lamb on her lap. After a good bit of maneuvering and a good bit of baaing and a great deal of freaking out about ITS POOPY BUTT, the sheep was nestled securely on my daughter’s lap. We daintily draped a towel over the scary parts and hoped for the best.

And then I looked over at the two of them—my daughter with her arms wrapped tightly around the lamb, and the lamb sitting there all rigid and straight, head jutting out in an I-am-going-to-be-dignified-about-this-dammit expression—and I realized that my life had taken on a distinctly Far Side-esque sheen.

Of course, right then was when the lamb stuck her head in my ear and baaed at the top of her bleaty voice. I squealed and about leaped out of my seat. The kids and I belly-laughed the whole way home, though we had to do it quietly less we agitate our woolly passenger. 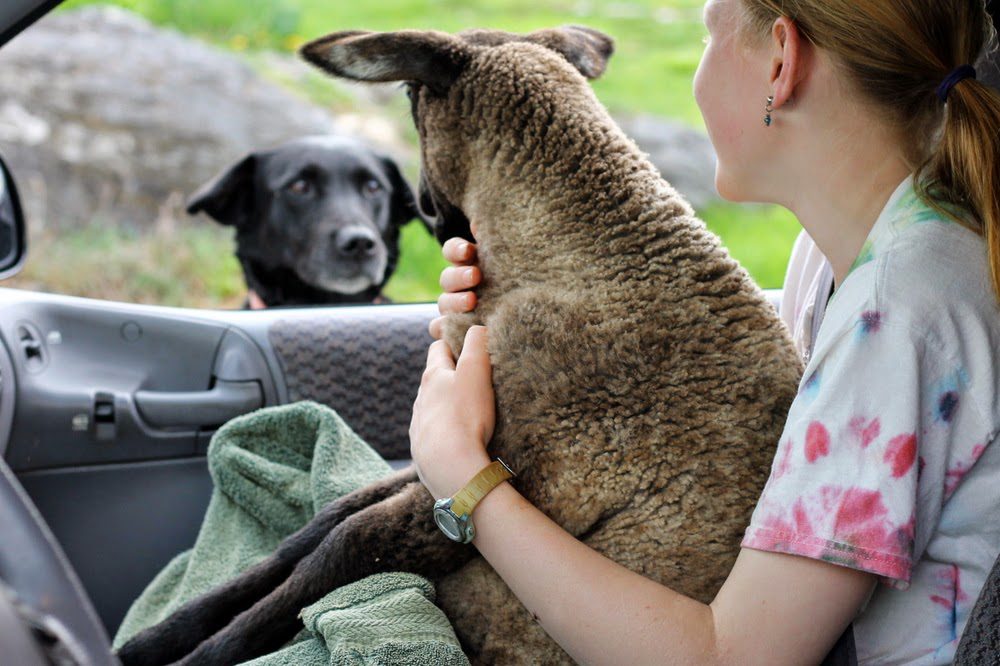 Jessica, for that is what my daughter named her, has rapidly adjusted to her new home. She and Omri are inseparable. Omri is learning good sheep-like habits from her, such as grazing and grain-eating. Occasionally, he tries to nurse from her, awww. Jessica is a little skittish, but that’s the sheep way. She’ll be ready for breeding in October. 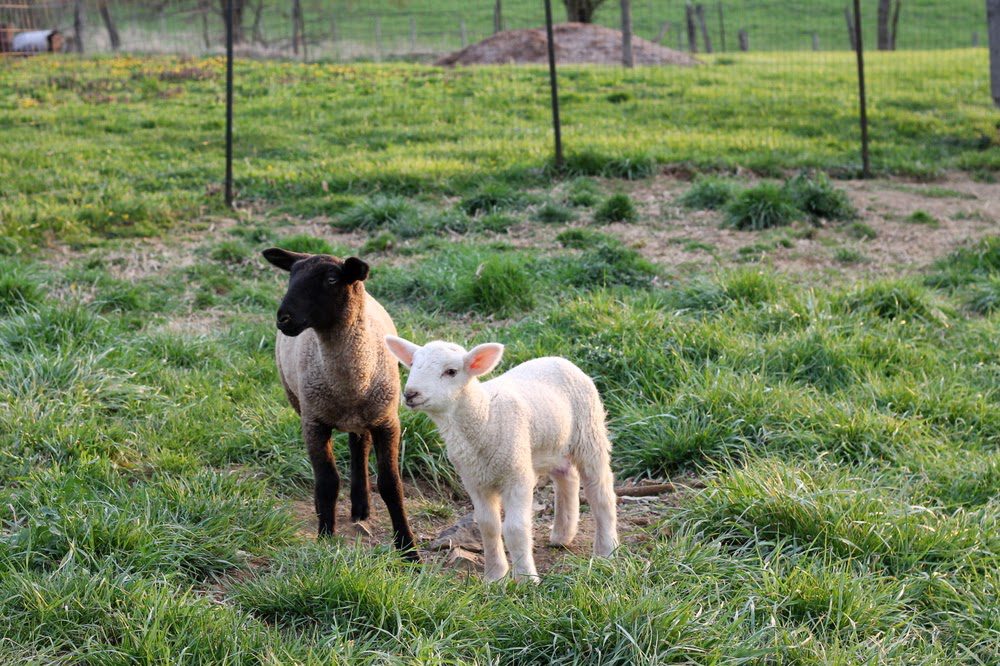 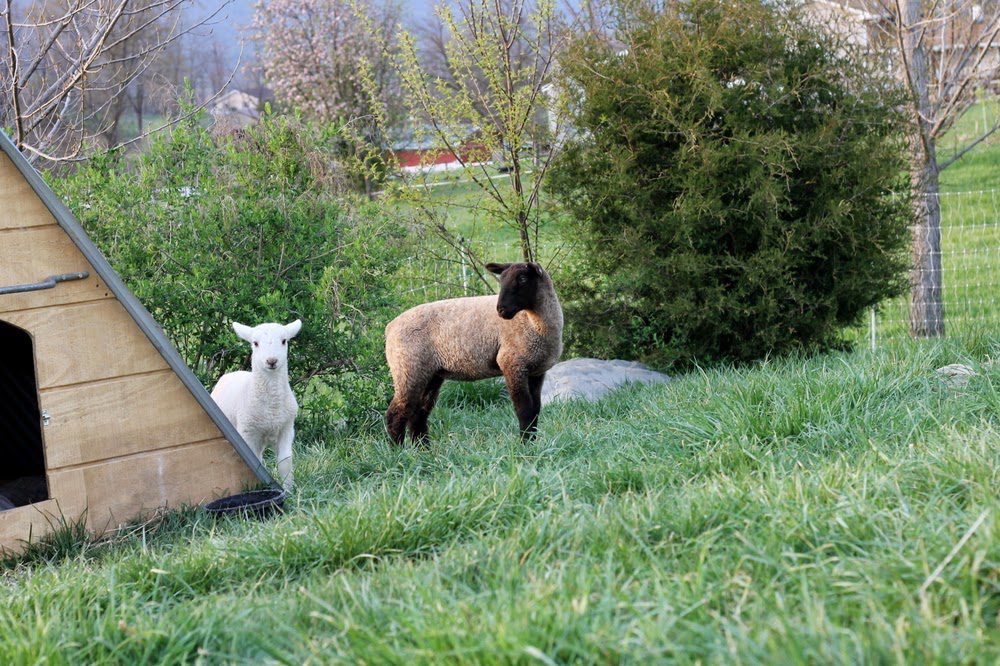 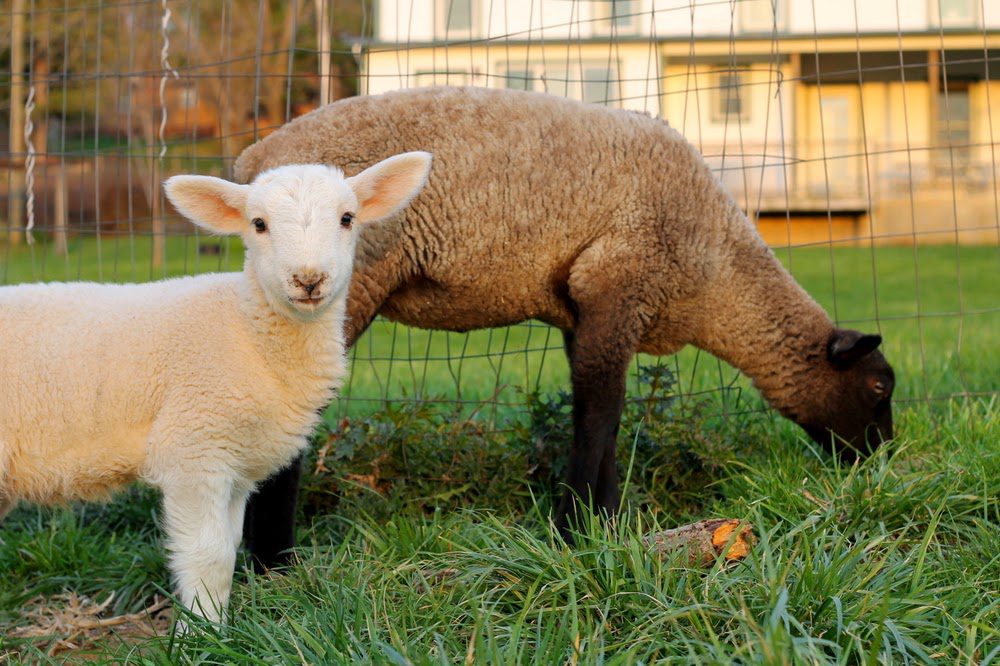 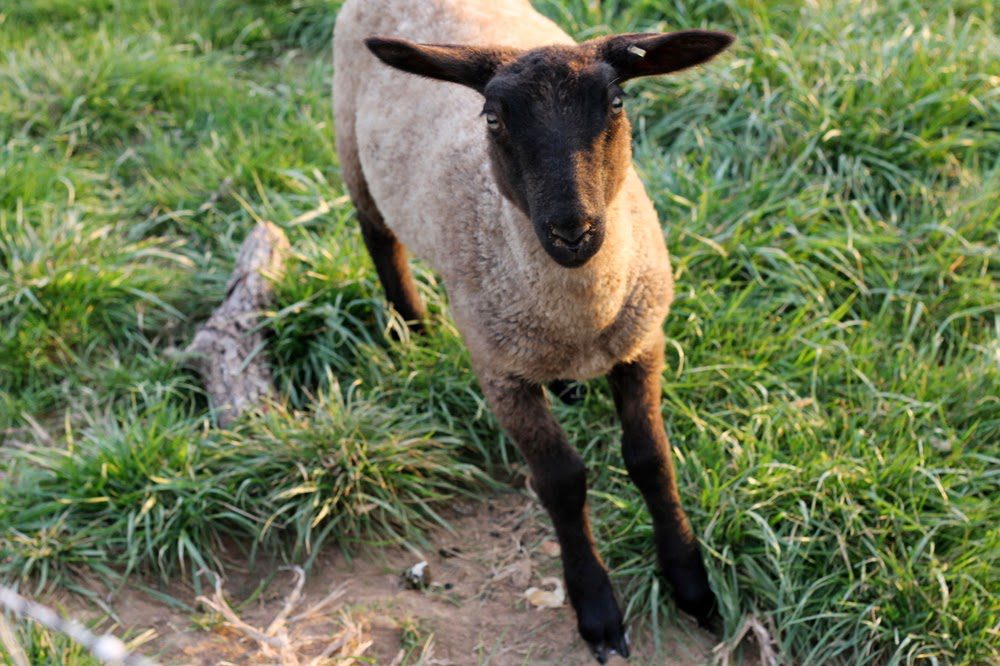 Maybe we are more farmerish than I thought?