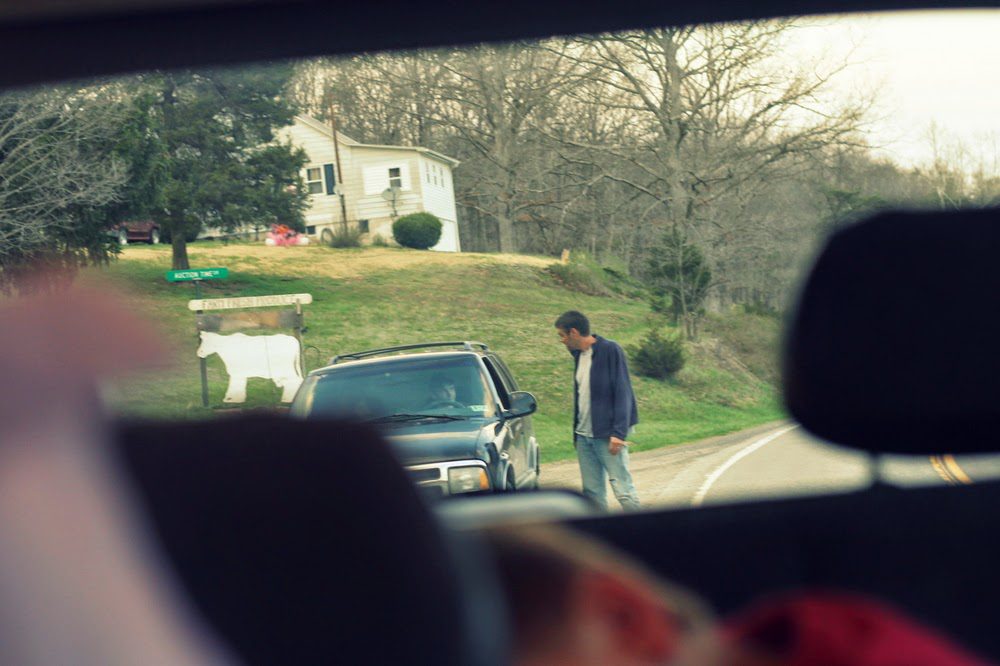 Coming home from West Virginia the other weekend, we ended up behind a car that was swerving all over the already-really-curvy roads. It’d veer completely over into the other lane and then slow to a crawl. It was emanating a weird, toxic-ish smell. Trash flew out of the window. I picked up the cell phone, ready to call the police.

We drove cautiously, our senses on high alert. The car did some more swerving. More slowing to a crawl. Then the teen girl in the passenger seat started shouting at us/the world/no one in particular, and they pulled over to let us pass.

I jotted down their license plate number as we drove by, and then my husband announced, “They’re acting like idiots. I’m gonna talk to them,” and jerked the car over in front of them.

My husband, the guy who doesn’t like to make phone calls, speak in public, and talk to strangers—let alone confront them—stalked up to their car and, more or less, chewed them out.

The whole time he was lecturing and gesticulating, I was thinking: WHAT IF THEY’RE DRUNK. WHAT IF THEY PULL A GUN. WHAT IF HE GETS SHOT. WHAT IF THIS IS THE END.

But the kid (my husband said he looked to be sixteen or seventeen) turned off the car when my husband approached and acted respectfully subdued.

And my husband responded, “Dude, then get it off the road.” (Except he didn’t actually say “dude” back.) 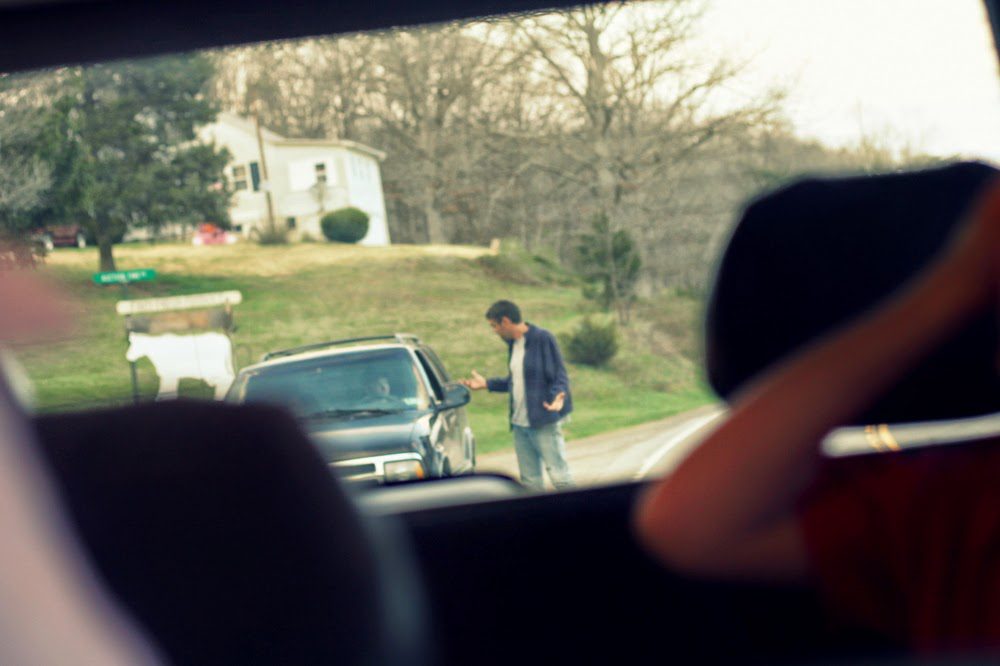 As my husband walked back to our car, my younger son said, his voice full of awe, “My dad’s a hero.”

And then my husband was back in the driver’s seat, very much alive, and we were on our merry way. I didn’t smell any alcohol, my husband mused, but what about drugs? There’s that synthetic pot…

His only regret was that he didn’t offer them a ride. “If this had happened to my dad, he would’ve said, ‘That’s it. You’re not driving any more. Get out of the car. You’re coming with us.’ That’s what I probably should have done.”