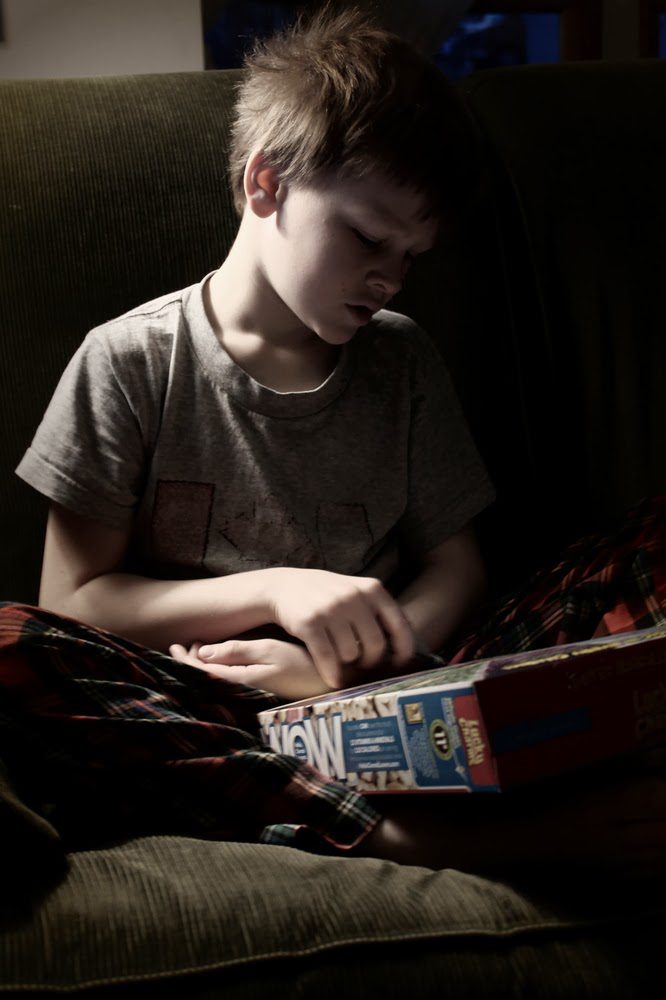 This weekend my little boy had a birthday. The anticipation was intense. When the big day finally arrived, he couldn’t stop chattering, “I’m so excited! This is the best day of my life!”

Up entirely too early, awaiting The Opening Of The Breakfast Cereal.

His real birthday was Monday, but we celebrated Sunday because of scheduling issues. When I asked him what he wanted for his birthday meal, he said, “Fruit and broccoli soup,” which sounded so ordinary that I felt sorry for him and coaxed him in the direction of something a little more celebratory. 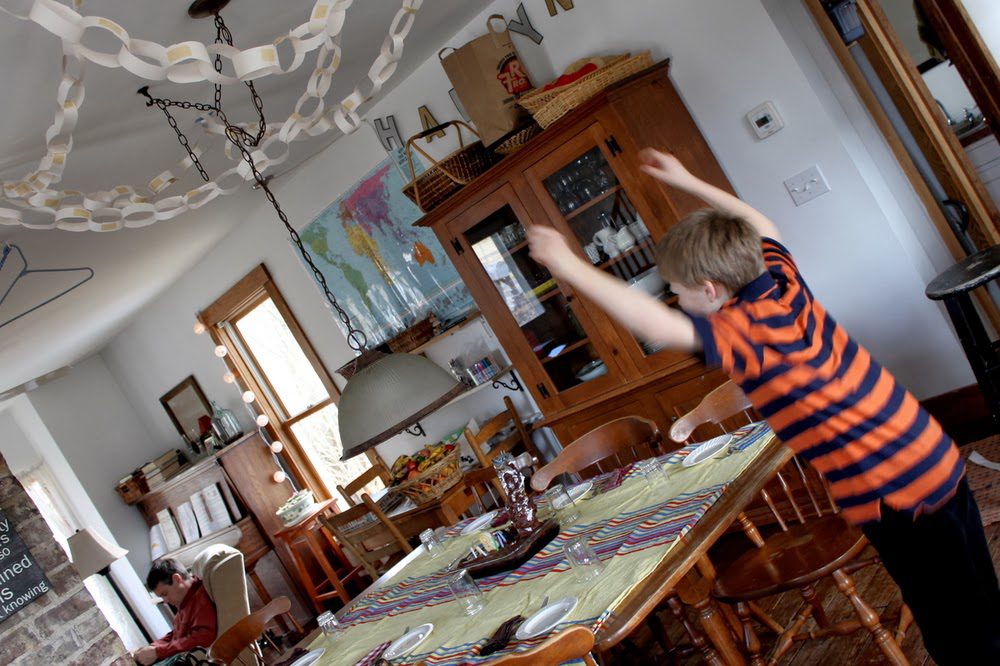 He spent hours making paper chains and taping them to the ceiling.
(Talk about Mother Guilt. The poor kid had to decorate for his own birthday.)

He ended up choosing “that cereal that has the shapes and the rainbows” (Lucky Charms) for breakfast, spicy popcorn to share with his Sunday School class (“spicy instead of cheesy because then the girls won’t like it”), subs with two meats, “salad” (lettuce) and tomatoes, and “long rolls like at the restaurant,” lots of fruit, root beer, and a tornado cake. 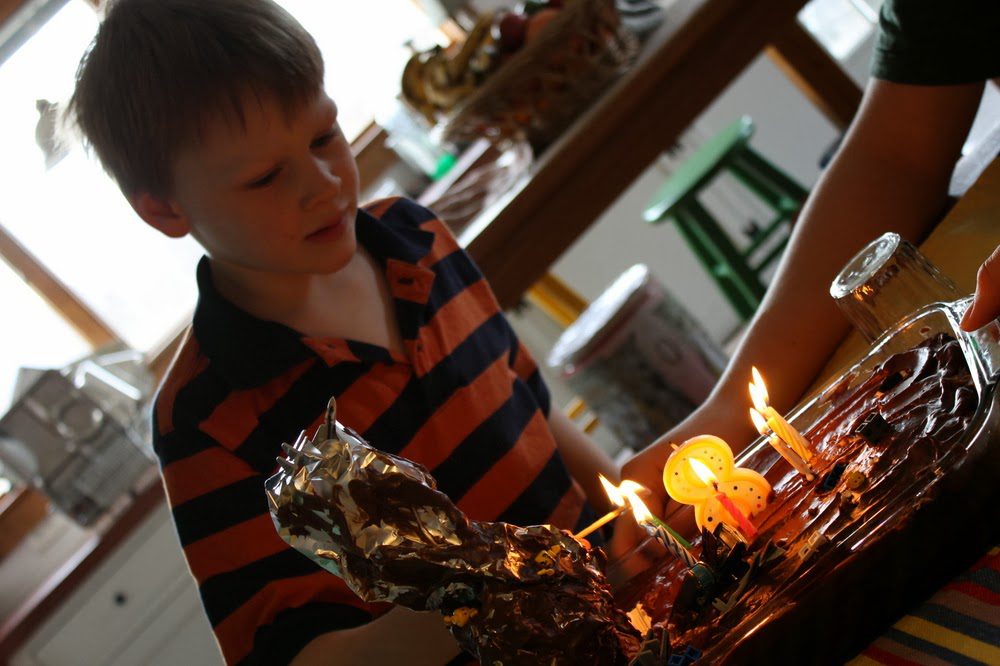 I was not enthused about the tornado cake. I made a chocolate sheet cake as per his instructions, iced it once (with the tail end of a long-ago batch of icing, see how much I cared?) and then again with some fresh chocolate frosting. We fashioned a tornado out of straws, a lime, and tinfoil. I dabbed it with icing and plunged it into the cake. It promptly fell over. Unfazed, he propped it up with toothpicks and then proceeded to stud the ‘nado with the heads and arms of Lego people and press wrecked toy cars into the top of the cake. 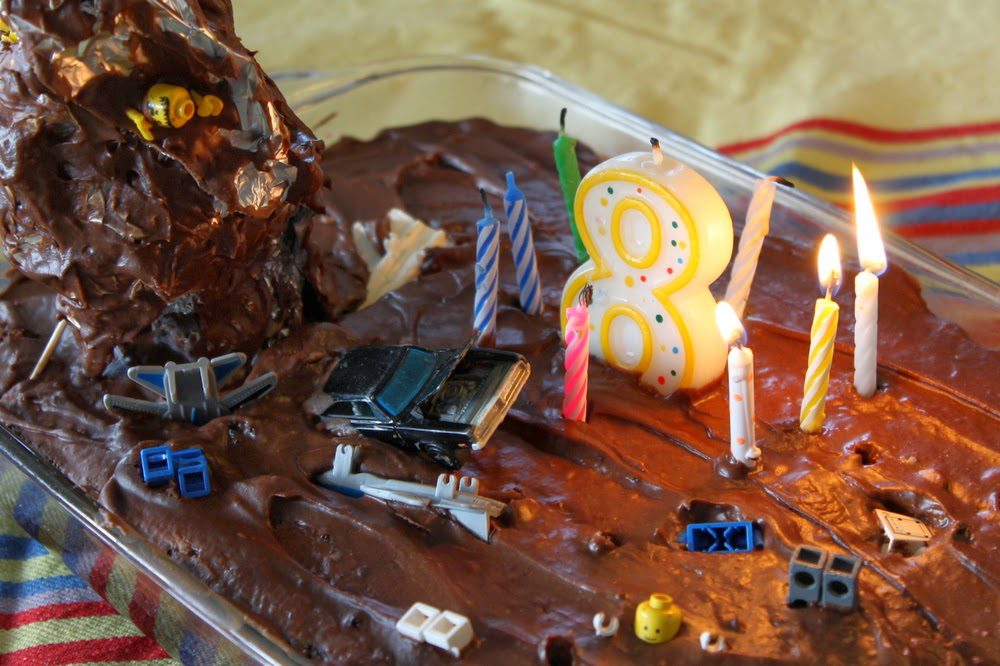 In my opinion, it was a true-blue disaster. In his opinion, it was a magical work of art. For long swaths of time, he’d sit by his cake, giggling, tweaking, and just looking. I bounced around between thinking the cake was the most pathetic sight ever to feeling guilty because I didn’t even try to being proud of myself for letting my kid create the cake that he wanted. And then we ate it and it was gone, the end. 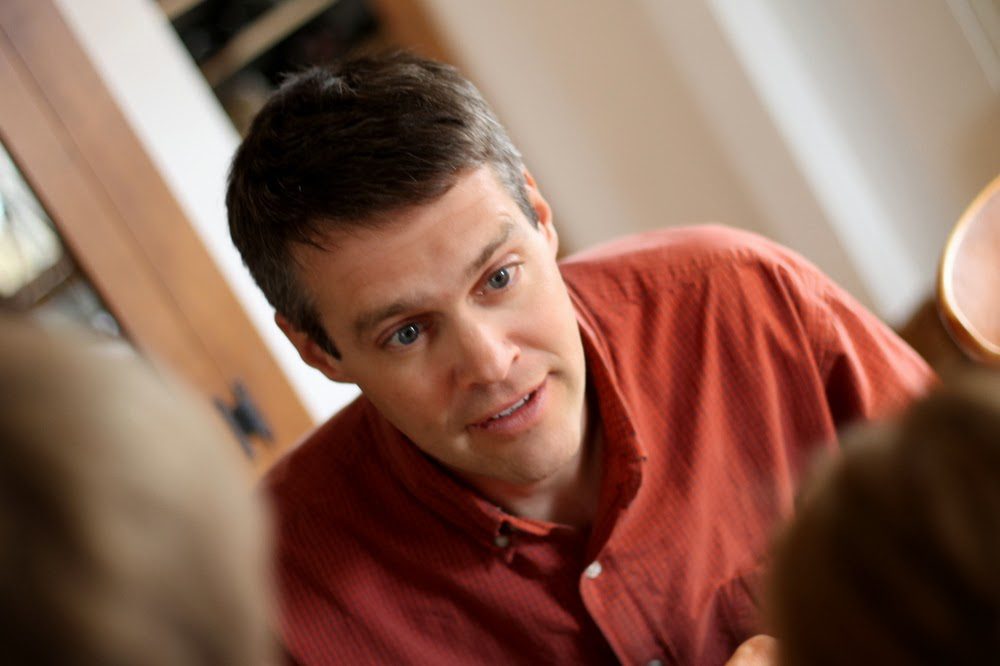 Demonstrating (unsuccessfully, I think) how the new magic kit works.

Monday, he was off school work and dish-washing duty, just to stretch out the partying a bit. As requested, I made broccoli soup for supper and served it with crackers. But he kindly informed me that the soup wasn’t quite right and he really wanted “those crackers with the holes in them” (Saltines) and not Wheat Thins, so it wasn’t exactly a roaring success. 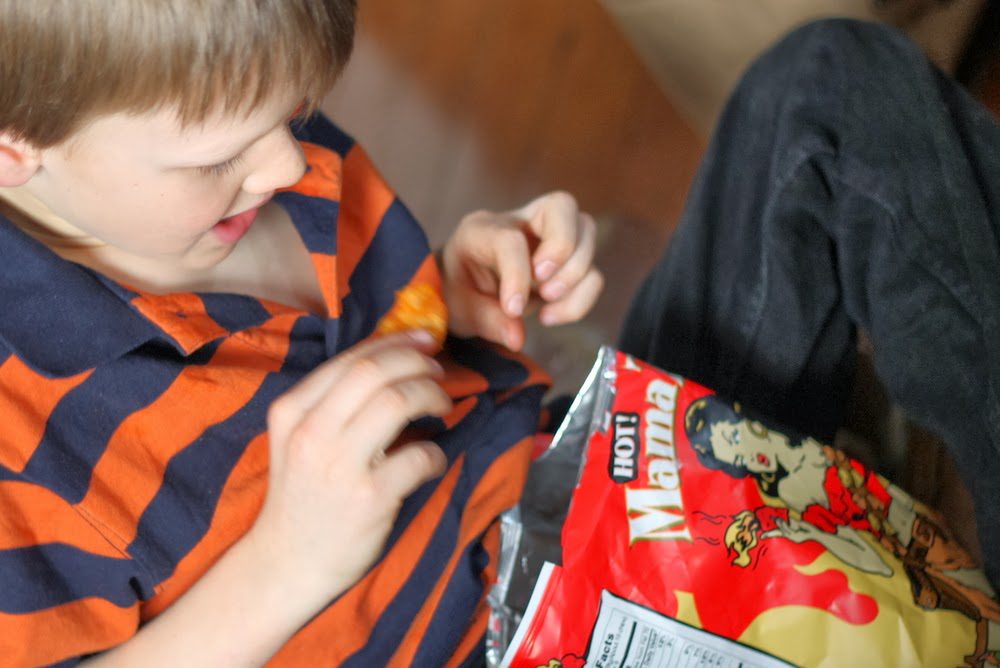 Hot chips from his brother.
(Turns out, Mama Zuma has her revenge on the way out, too.) 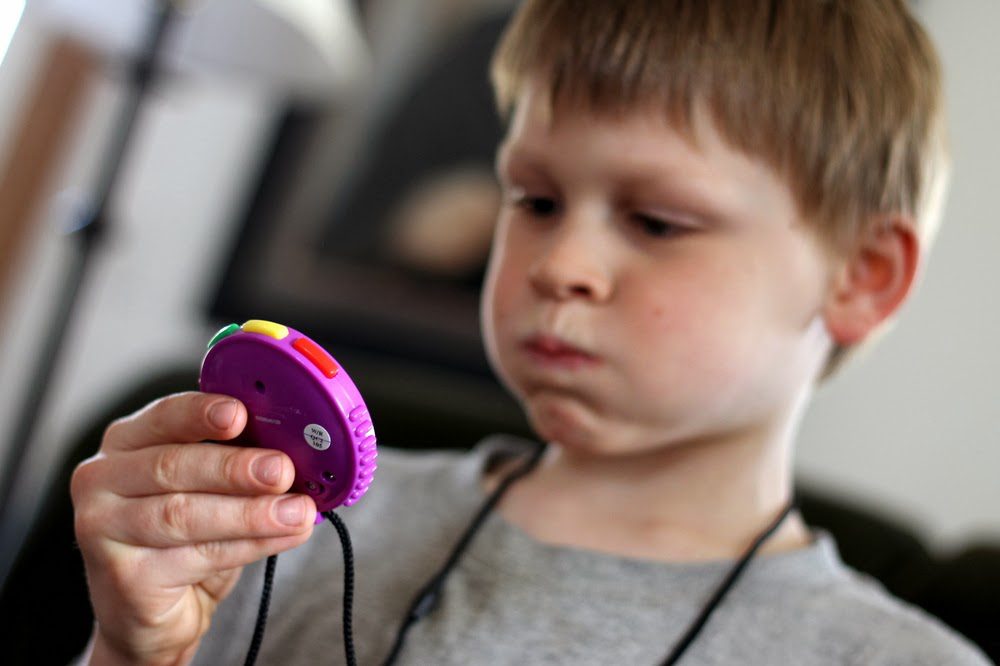 A  stopwatch. He times everything now, from peeing to holding his breath. 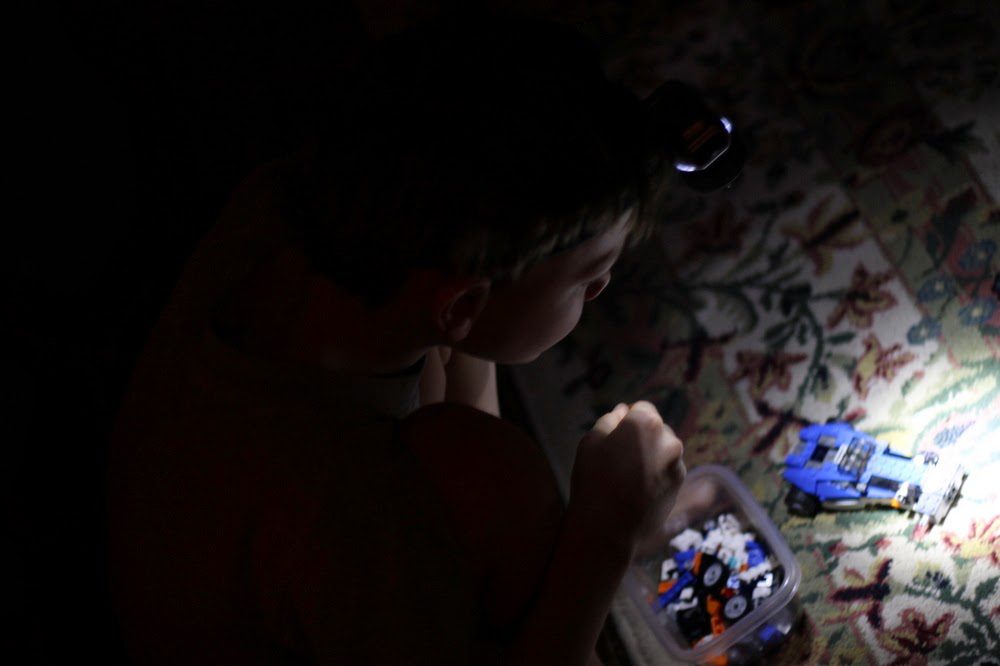 The (early) morning after.

He also told me, all matter-of-fact like, that we should’ve given him more gifts. My first impulse was to argue with him because he did get a lot, and my second impulse was to chide him because spoiled kid, but I did neither. I just looked at him, studying his little wiry-boy frame and his messy mop of hair and his fretful blue eyes. For the first time, maybe, he was realizing that birthdays aren’t pure magic. They hold disappointments, too. My baby is indeed growing up.