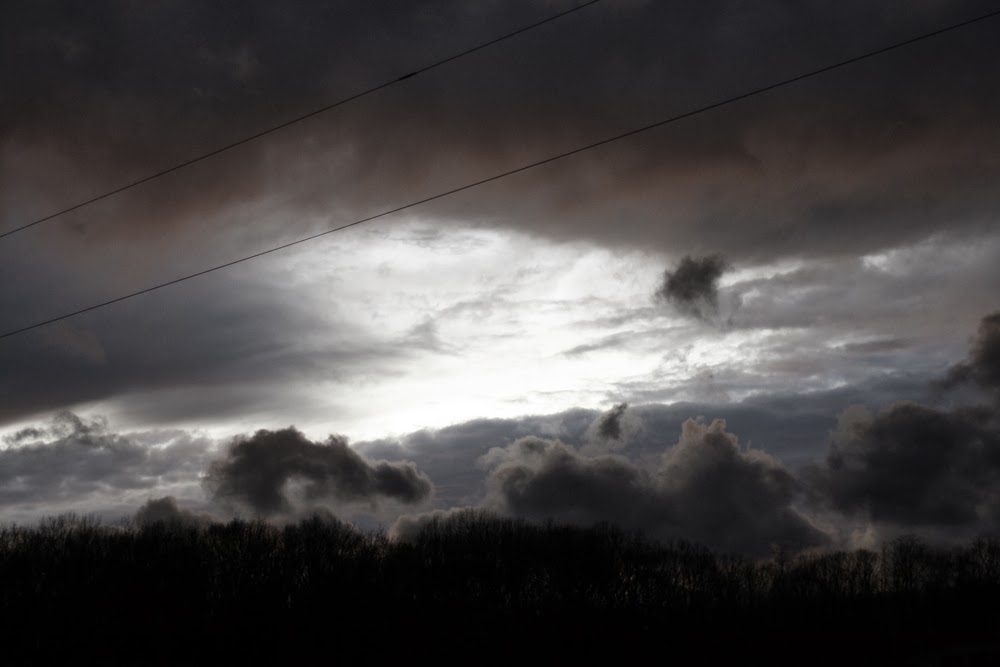 Saturday was the warmest it’s been in a couple weeks, but the clouds were swollen black and kept leaking water. I got out for a walk in the morning, but by evening I was feeling twitchy-depressed anyway. When darkness fell—the natural kind, not the sky-with-a-mood-disorder kind—my spirits lifted. No longer did I feel like I was being squashed whenever I looked out the window.

But I must confess: I blew my top that last hour of daylight. The kids wouldn’t stop bickering and yelling. For some inexplicable reason, they insisted on sharing my space—all stinking four of them. I couldn’t think straight for all the irritability and cantankerousness. So I stepped outside and hollered at my husband to come here right this very minute.

When he walked in the door, I leveled him with my beady eye and hissed, “I can not take another second of being with these children. Get them out of the house. Now.”

The children out of the house, I switched on radiolab and started puttering around the kitchen. All too soon, my older son slipped back in. “May I go to my room? Dad says it’s fine with him if it’s fine with you.”

Ten minutes later he was back down, sheepishly begging permission to use the computer. Permission not granted (silly boy), but “Wanna cook with me?” 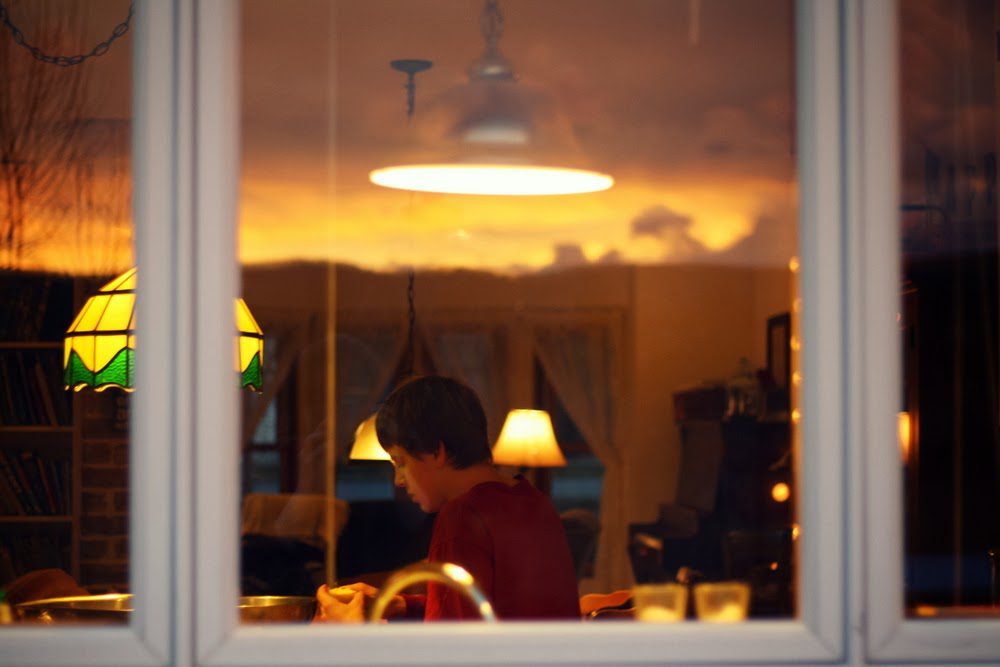 And that’s how it came to be that I spent a cozy Saturday evening (or half hour or so) working in the kitchen with my older son. He mixed the wet ingredients into the dry for the peanut butter and honey granola, whisked the homemade pancake syrup, and peeled and chopped apples while I rolled out the pastry for a pie. We chit-chatted, much of our conversation jump-started by the radio news—stuff about homosexuality and laws, birth control, etc. How should the government respond to people who feel the laws are in direct opposition to their ethics? It was fun to hear his thoughts. 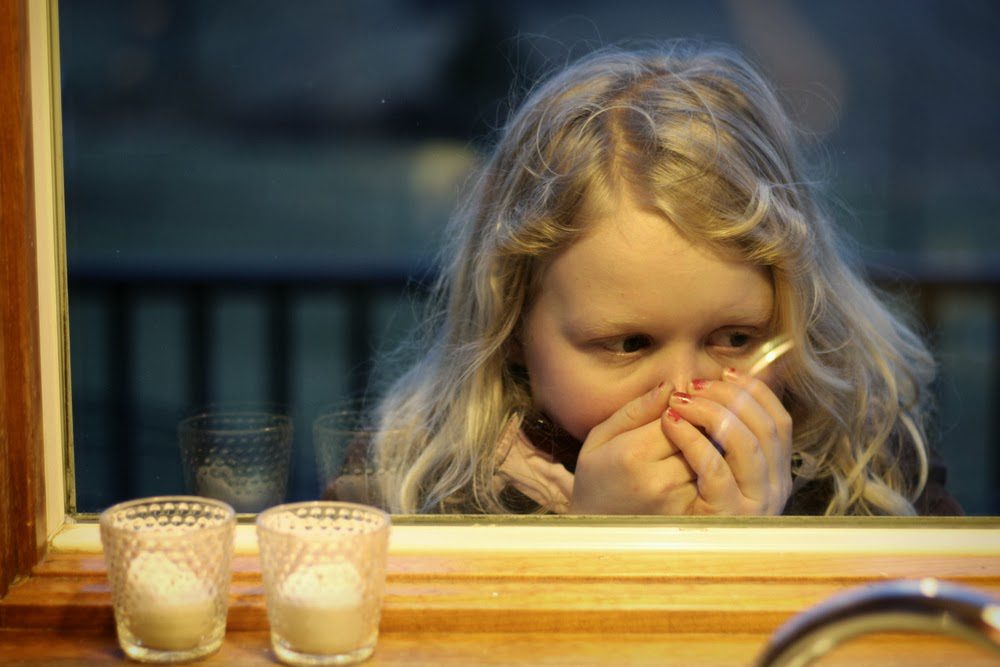 “What are you doing?” and “Can I come in yet?”
(Not sure why she’s holding her nose. Maybe it was cold?)

He told me that he used to think “terrorists were just angry tourists” which pretty much made my day.

Maybe even my week. 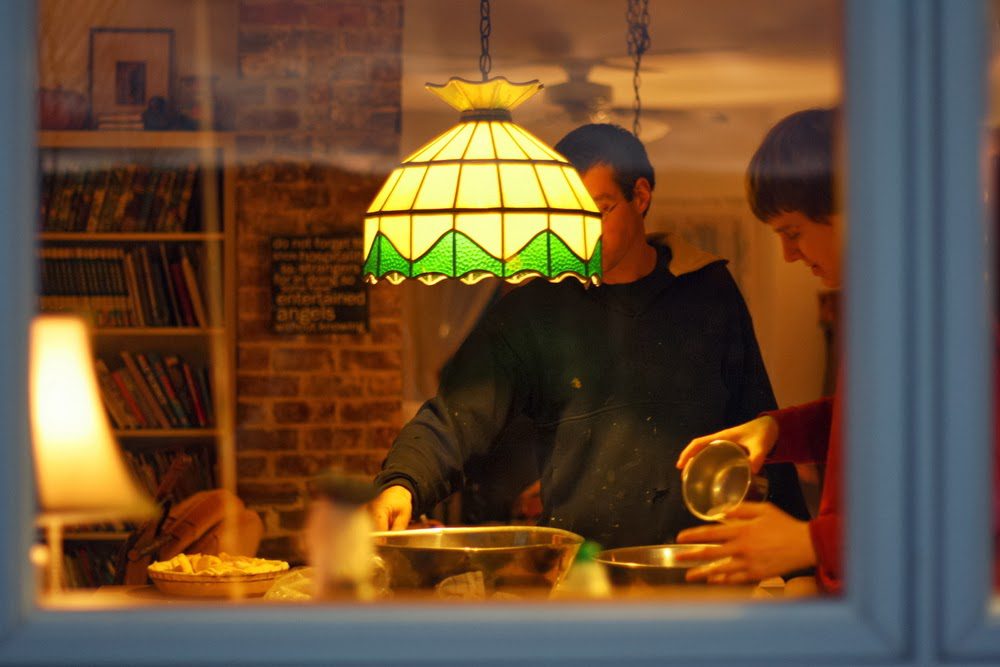 Then the rest of the family trickled in. They got showers and munched on the veggies and dip I had sitting out for most of the day. 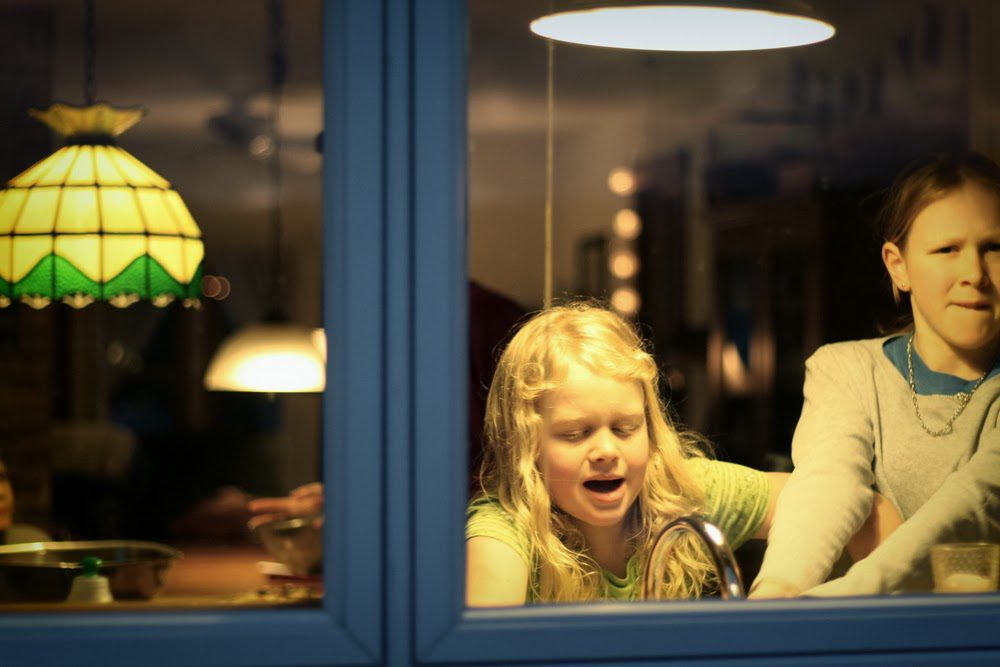 The children ate leftover oatmeal. We popped popcorn and watched Searching for Bobby Fischer. There was apple pie and vanilla ice cream for a bedtime snack. 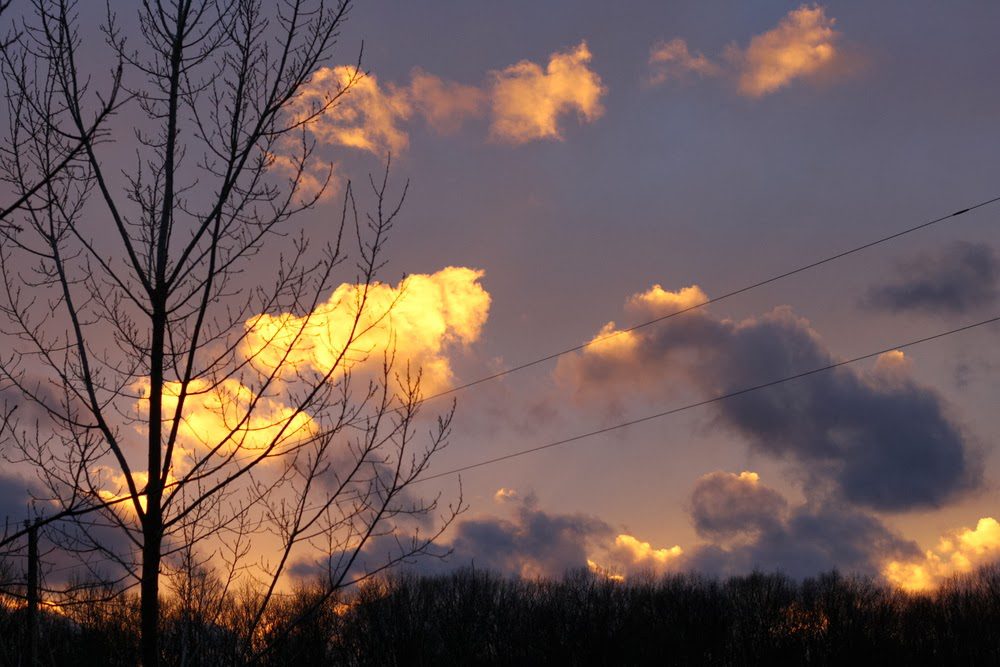 And wouldn’t you know, the sunset was lovely.