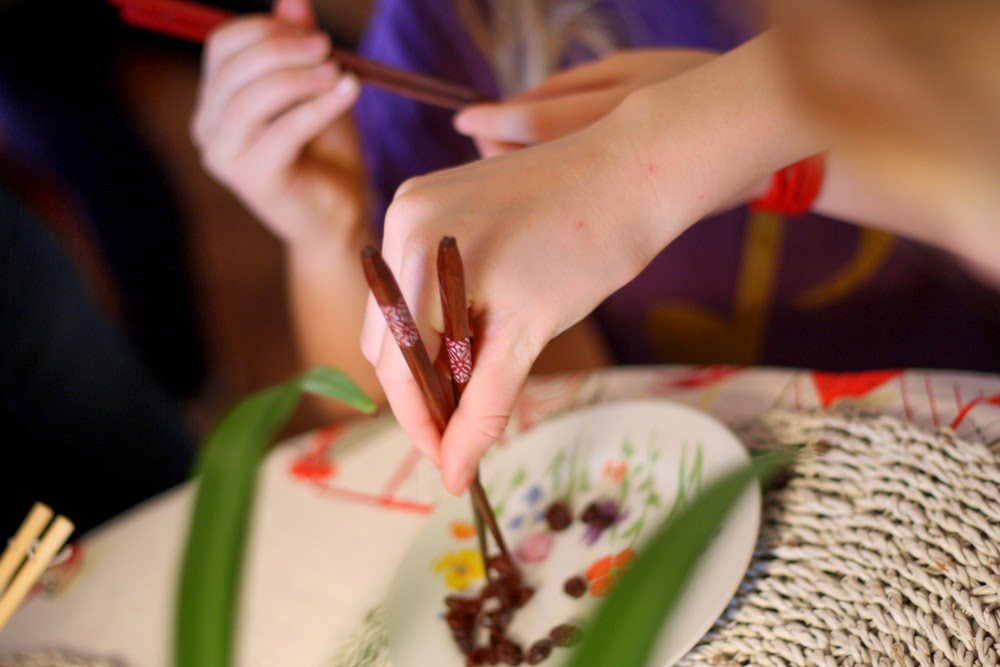 Part One: Preamble in a Tea Shop
The other night, over a pot of tea, I confided to a girlfriend that I’d never had sushi. Her eyes bugged. She gasped. Once the shock passed, she started fussing over me, acting like I was the most pitiful creature on the planet. We have GOT to fix this, she declared. I am going to take you out for sushi some night. Just you wait.

Part Two: In My House and Head
My older son recently read a whole magazine centered around sushi. (Perhaps this is how my girlfriend and I happened upon the topic of sushi?) My son loves tuna and salmon and shrimp, but he’d never had it raw, with seaweed. And my kids have been exceedingly anti anything Asian-tasting that comes out of my kitchen. (They don’t like soy sauce which kind of nixes everything.) But then my son read this magazine and he started doing weird things like collapsing in chairs and moaning, “I am craving sushi.”

And then I had the following three-part epiphany:

1. My sister-in-law is Japanese.
2. Our families would be gathering together in West Virginia for Thanksgiving.
3. I could ask my sister-in-law for a sushi-making lesson.

So I did, and she said, “Yes, and my brother is coming and he is a sushi chef.”

Part Three: The Feast
Friday was Sushi Day. (Could there be a more fitting, post-Thanksgiving meal than sushi, I ask you? I think not.)

Right after breakfast, the chefs got to work. My sister-in-law’s brother, Yasushi, headed up the crew, but his girlfriend, Yuki, and my sister-in-law worked alongside him all morning long. I took pictures, tasted everything, asked questions, and got in the way. 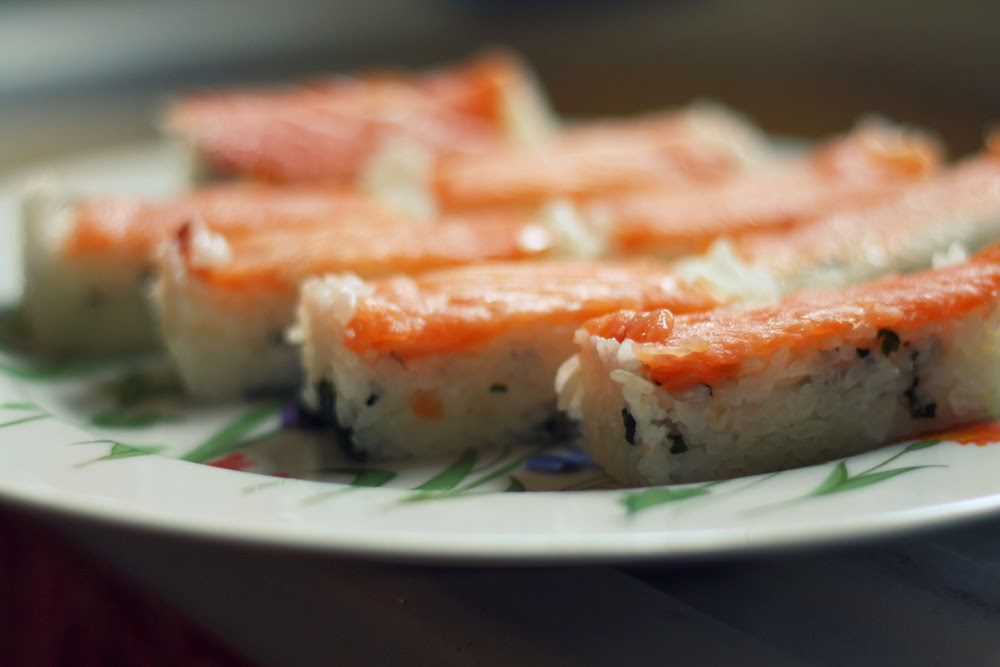 Guys, I did not know this before, but making sushi takes a lot of work. I should’ve been clued in, I suppose. In my son’s magazine, it said that high-end sushi chefs will take a whole year just to master the art of making sushi rice. That’s some crazy perfectionism, no? 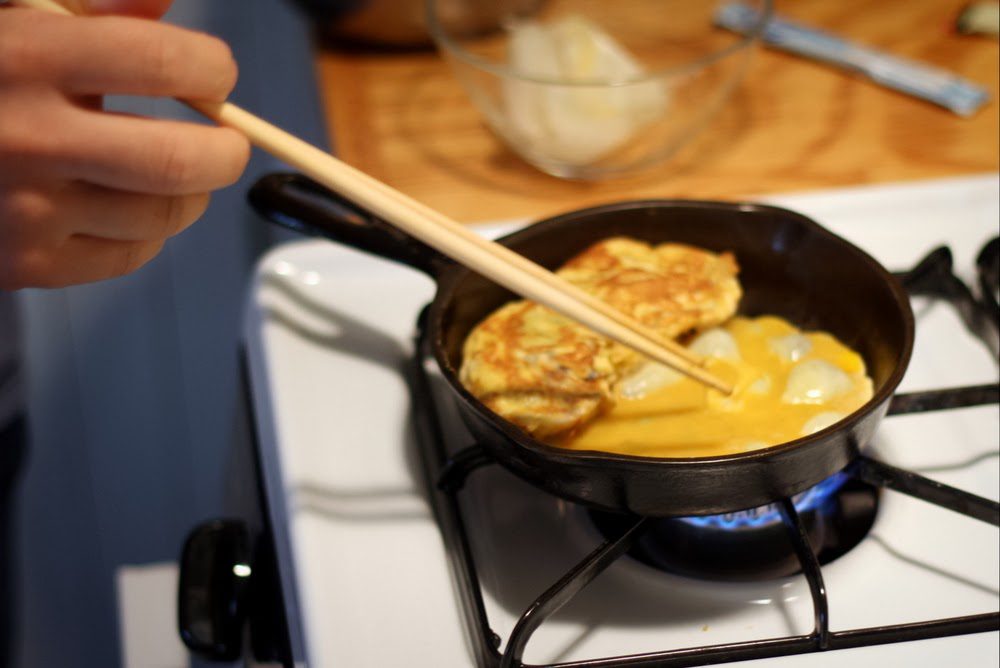 an egg roll in the making

It took Yasushi about half an hour to cook up three beaten eggs into a layered, scrambled egg roll. There were the shitake mushrooms to soak and simmer and slice. There was the shrimp to cook up, the avocado and cucumber to slice. There was the raw salmon, tuna, imitation crab (raw pollock) and fish roe to … just get out of the fridge because, well, raw. There was the miso soup with noodles-that-were-really-mushrooms (and that my entire mushroom-adverse family ate without knowing, ha!) and tofu. There were dried tuna flakes (for making the soup broth), and there was Japanese basil, wasabi, and pickled ginger (which I profoundly adore). 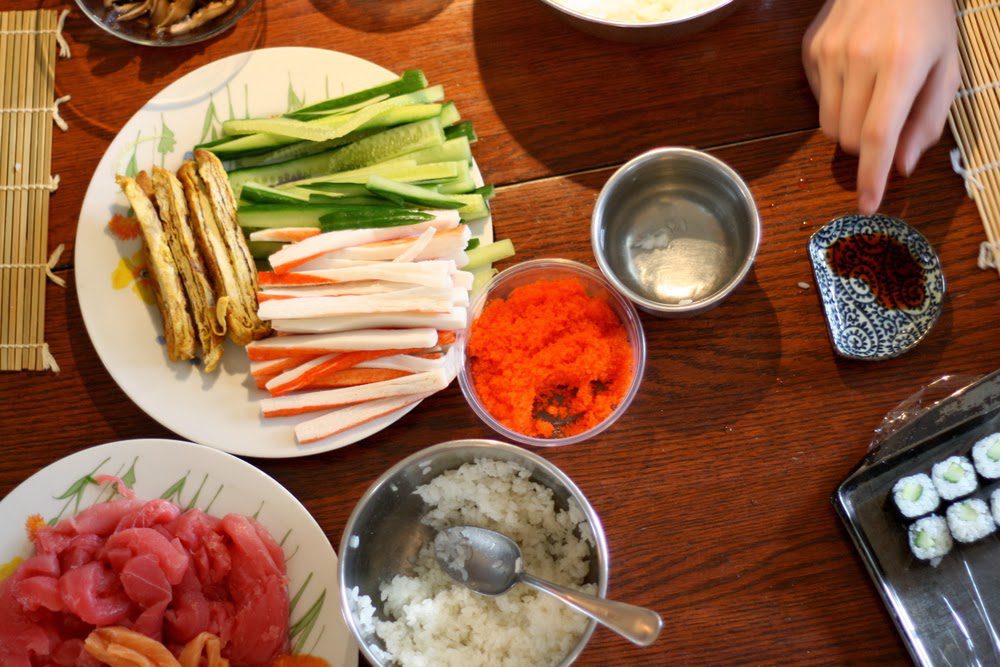 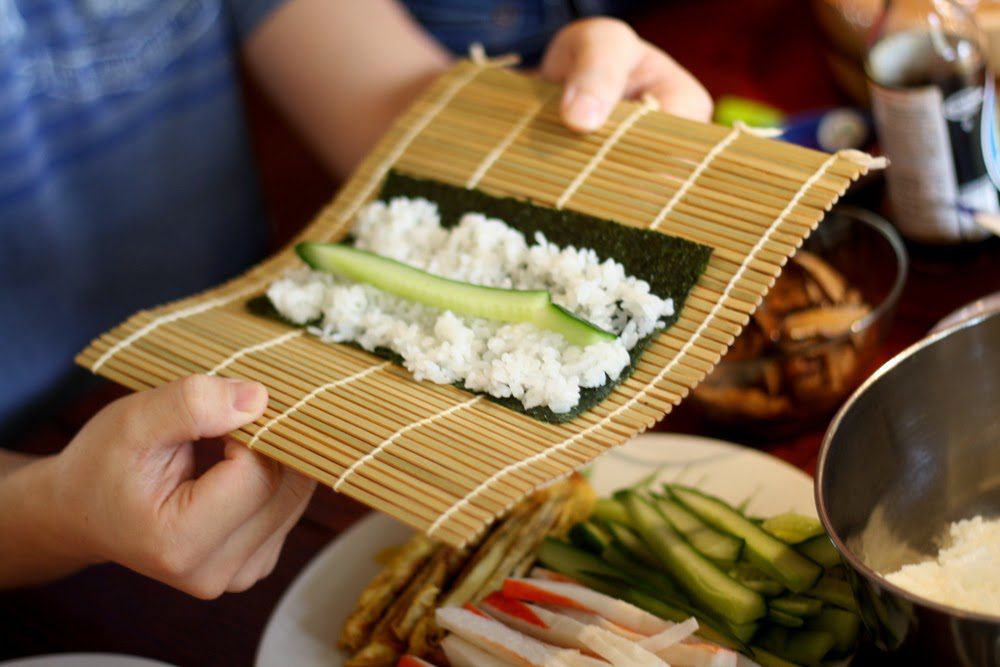 The kids helped roll the sushi. It made me cringe, watching them enthusiastically (er, carelessly) handle the perfectly prepped ingredients, and it speaks to the chefs’ tremendous generosity and grace that they just smiled and continued to encourage the kids to pitch in. 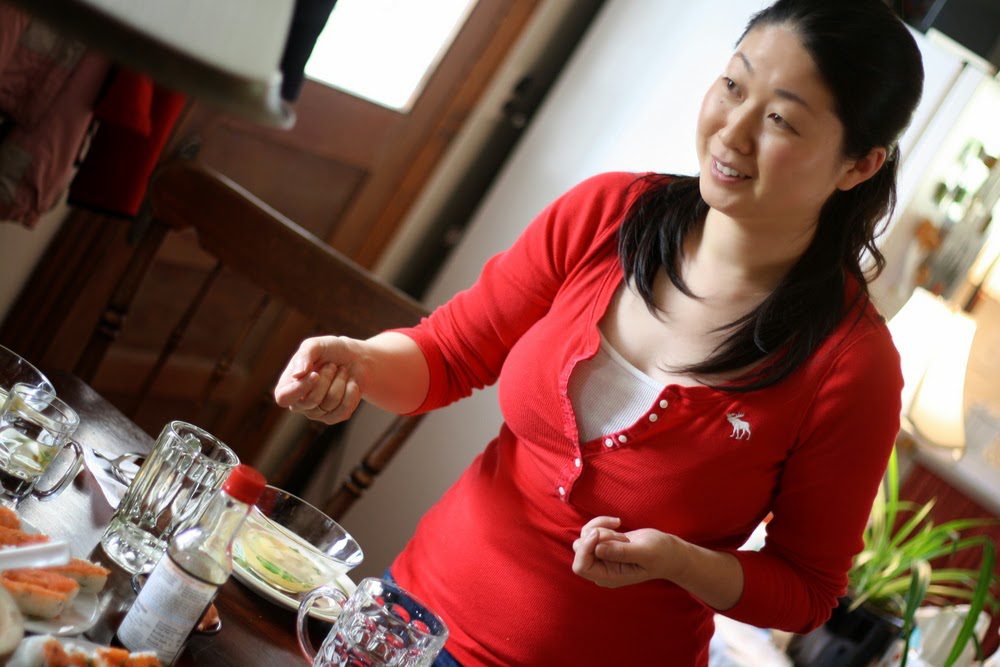 The meal was fabulous. There was family-style sushi (with shrimp and julienned scrambled eggs, and raw tuna rosettes), and unrolled (pressed) sushi with smoked salmon, and a small plate of “challenging” raw tuna (my sister-in-law’s wording) with seasonings and nothing else, and all manner of rolled sushi, and miso soup. It was fabulous. (Oh wait. I already used that word. Oh well, it bears repeating because it was. Fabulous, that is.) 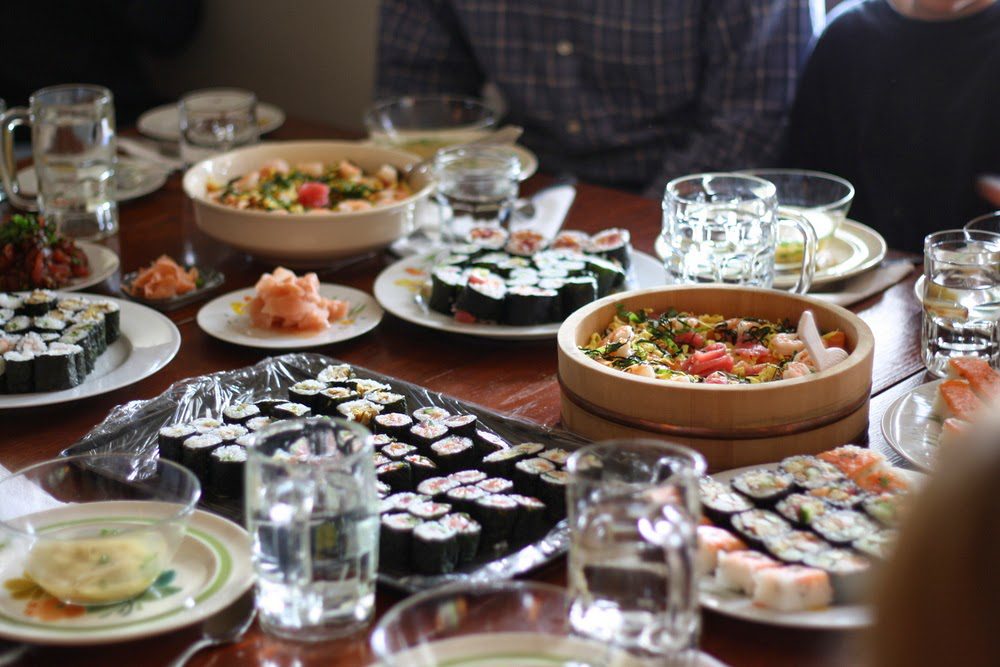 Now. I’ll admit that I felt a little weird eating the straight-up raw fish. I tried to chew slow and savor the mild flavors and soft and creamy-tender textures, but the whole time I had to fight the impulse to chew and swallow as fast as possible. Because never before in my life have the words “savoring” and “raw meat” fit together. It was mind-over-body warfare. There was nothing unpleasant about the flavors, so it’ll just take a few tries to get over my niggling primal discomfort. (Girlfriend, I’m thinking I’m ready for some more practice, hint-hint.) 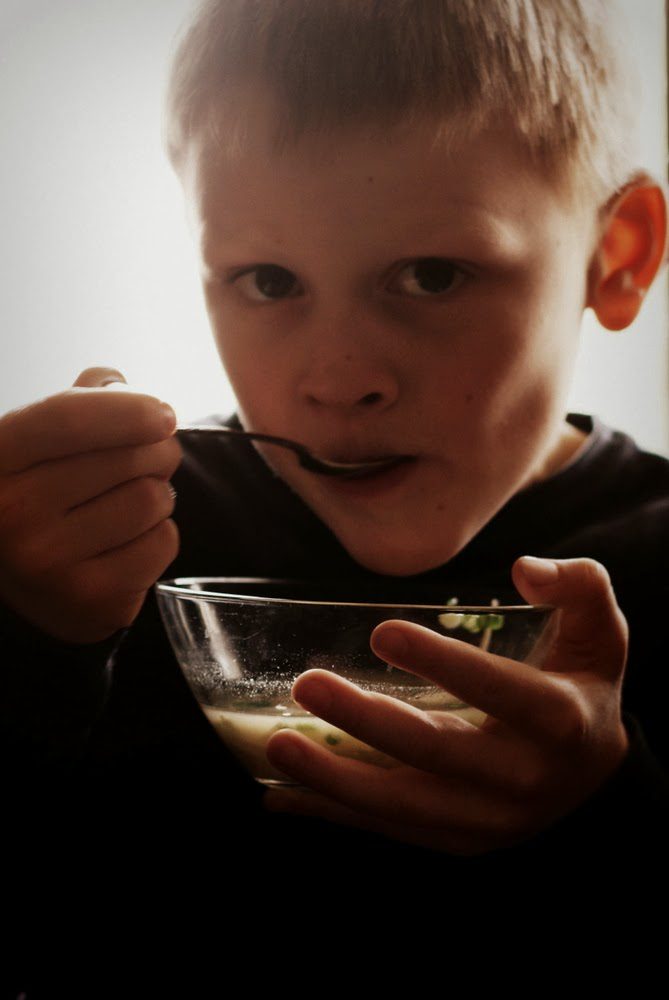 The younger kids weren’t crazy about the sushi (my sister-in-law says that even Japanese children aren’t that fond of it), but the older two plunged right in to the adventure. My older son says it was good, but not exactly what he expected (whatever that was). 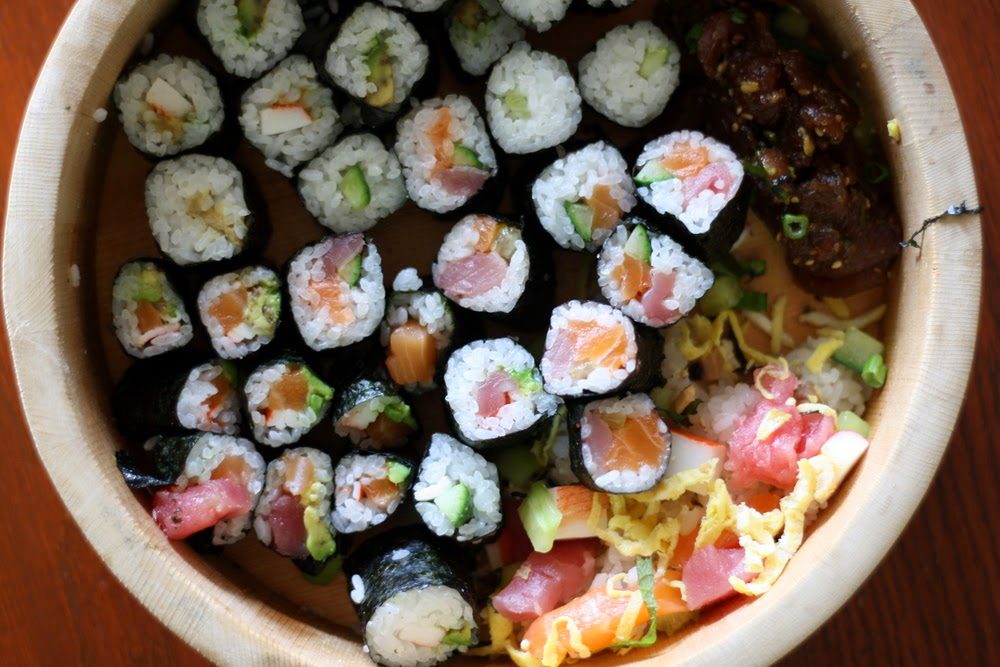 So anyway. That was our Day-After-Thanksgiving Sushi Adventure. It was totally different, fascinating, delicious, and delightful. What a treat!

Part Four: The Epilogue
The chefs brought their own rice maker. They say that everyone has one in Japan, and furnished apartments even come with one. I’m kind of smitten by the graceful ease of rice-making that the sleek machine allows.

Part Five: Random, Non-Sushi-Related Postscript
And then the girls tried on dresses. One future prom-going guest wore my sister-in-law’s dress. My older daughter wore my wedding dress. And my younger daughter wore my class night dress. 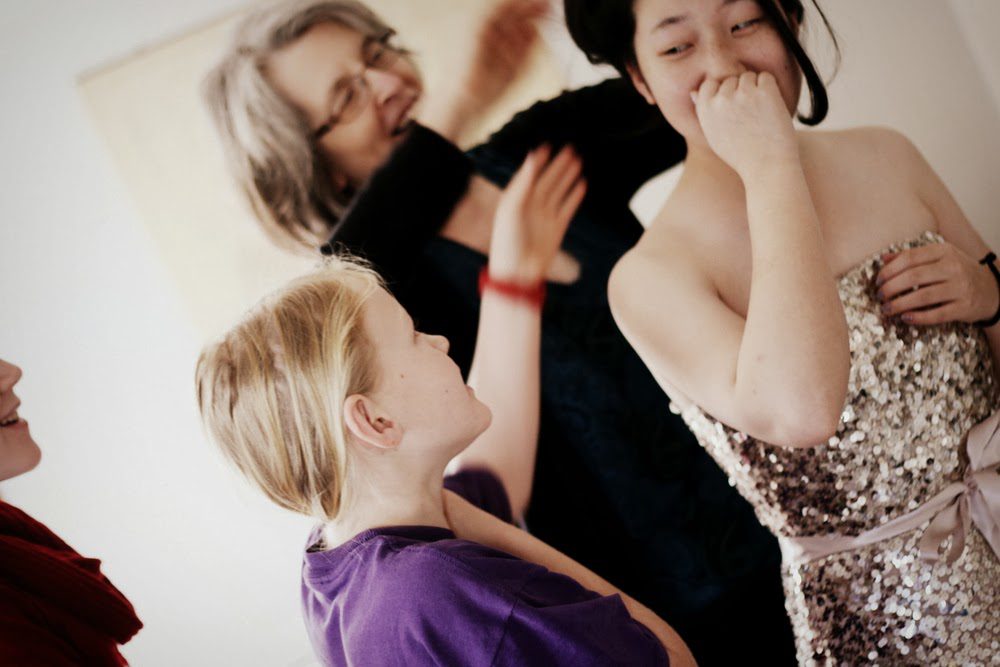 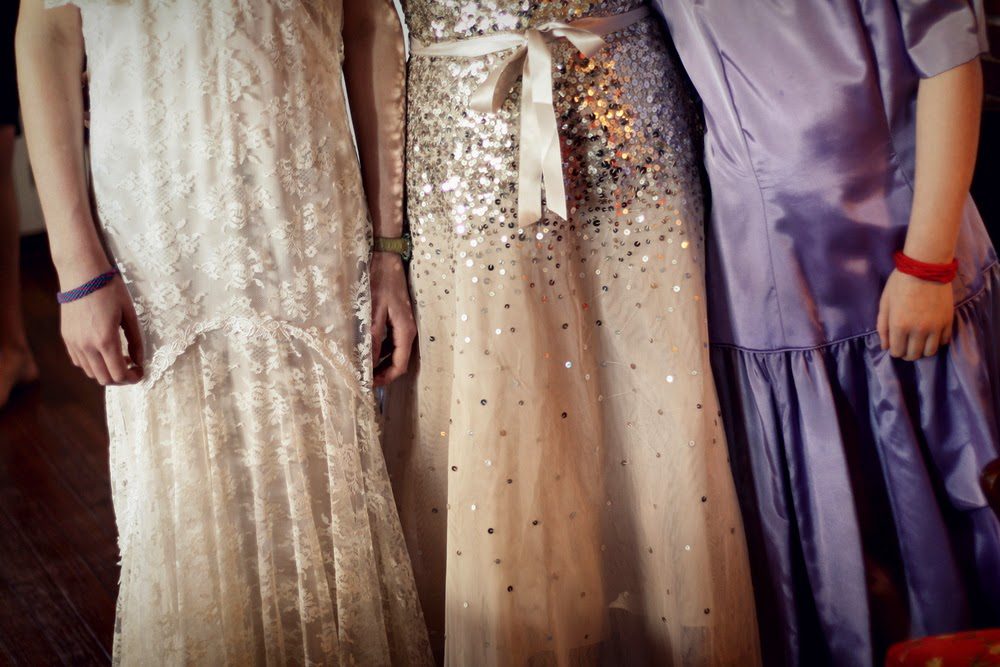 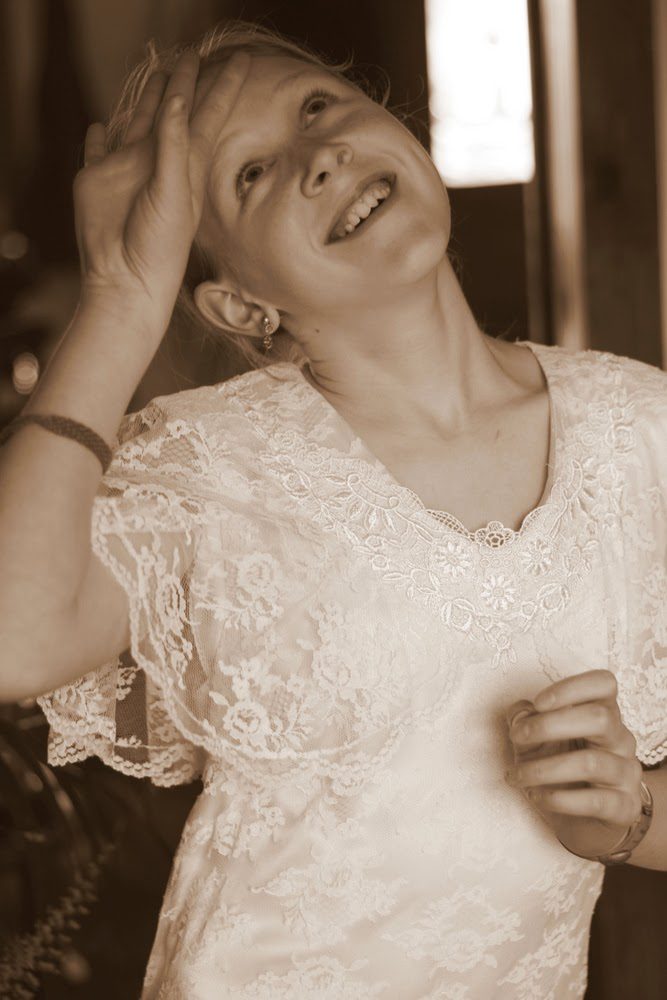