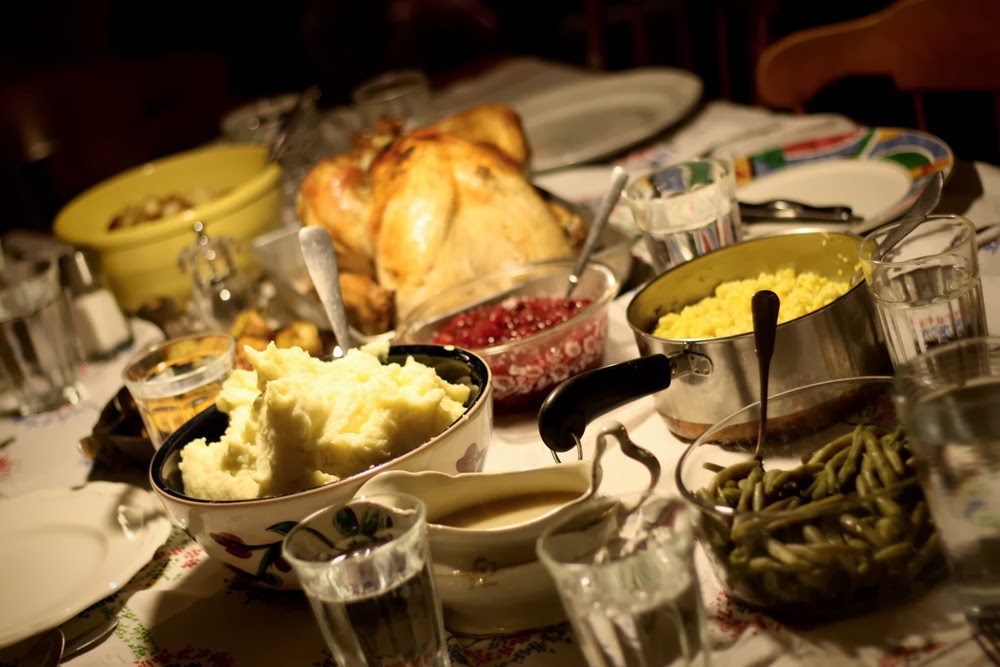 So. We had our Thanksgiving feast at Mom and Dad’s house in West Virginia. I already told you about that. But then we came home and there was not a speck of turkey in sight and I realized that there are some perks to hosting the feast. Mainly, leftovers. Lots and lots of leftovers. We, the guests, didn’t have to do a stitch of cleaning (lucky us), but we were left with nary a bone to pick (unlucky us). Bah humbug.

So I decided to right the wrong and roast a turkey just for anyhow. Here’s where things get complicated.

Our local grocery store does a “turkey feather” deal where, in the weeks leading up to Thanksgiving, you get a turkey feather for every X amount of money spent. Then you can cash in your feathers for a (small) turkey or, if you don’t like turkey (silly you), ten dollars off your regular purchase.

An industrious friend of mine was collecting un-needed feathers from people at our church, buying lots of turkeys, and then donating them to our church’s food pantry. Come the last day of the deal, this friend had a couple extra feathers, as did I, so I said I would get a food pantry turkey along with my turkey. But because it was the last day to redeem the feathers, when I got to the store, there were no more turkeys! I got 20 bucks off my order (nothing to sneeze at) and left feeling slightly defeated.

However, a couple days later I get a call from the church and, well, it ends up someone put a turkey in the church fridge instead of the freezer and the week’s pantry night was over and now there was a thawed turkey and no one was claiming it and would I please take it?

Would I? Heck YES.

So that’s how it came to be that last Friday found me roasting a turkey. (And, if a church person is reading this and wondering where their turkey went, well then, I’m sorry and Thank you.)

Now. You might shoot daggers at me for saying this, but… I don’t really get why the turkey meal stresses everyone out so dang mightily. It’s a turkey. You put it in the oven and it roasts and then it’s done (because this plastic do-hickey pops up and tells you so) and you eat it.

In all fairness, I expect people get their panties in a twist not because of the turkey but because of the sides. Because when people make the sides, they do fancy stuff like cream their veggies and put them in casseroles with toasted slivered almonds and expensive dried fruit. Each dish is A Production. Me, though, I go for simple and lots of it. I figure if you put enough regular stuff on the table—canned applesauce, corn, green beans, mashed taties, cranberry sauce, etc—it will feel fancy even though it’s not. Fools ‘em every time.

So anyway. I had this turkey ready to go and then I realized that it was a pity to eat a Thanksgiving feast all by our lonesomes, so I called up the friend who got me the turkey in the first place and invited her and her husband and three kids out for supper and they said yes, yay!

We had a lovely time, except I kinda shot myself in the foot. See, the whole point of the meal was so we’d have leftovers, but thing is, if you give a feast to friends they eat it. Amazing how that works.

So the next day, I made more stuffing. 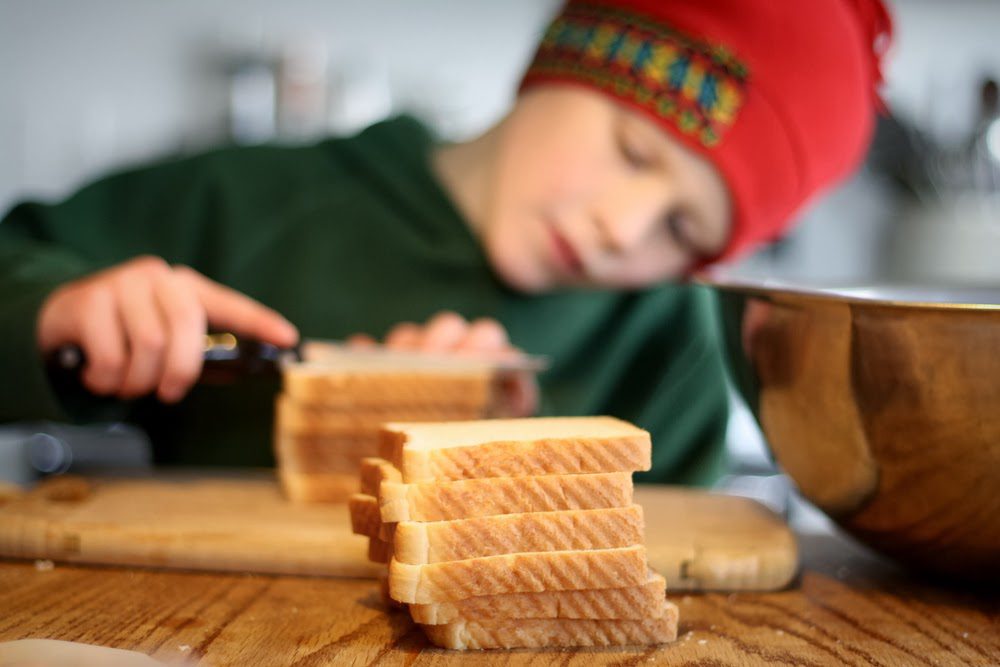 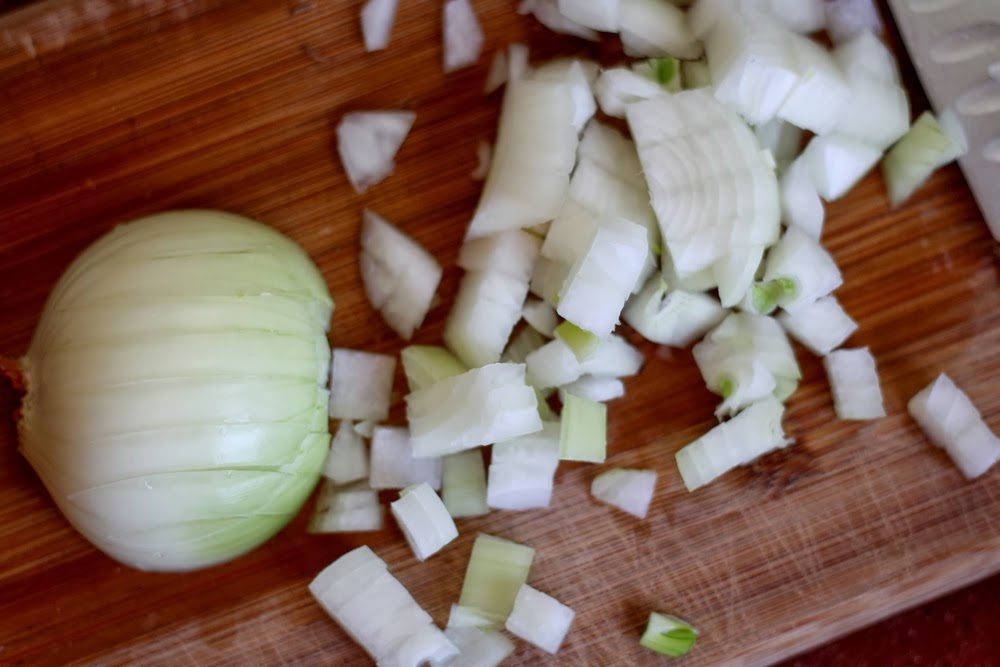 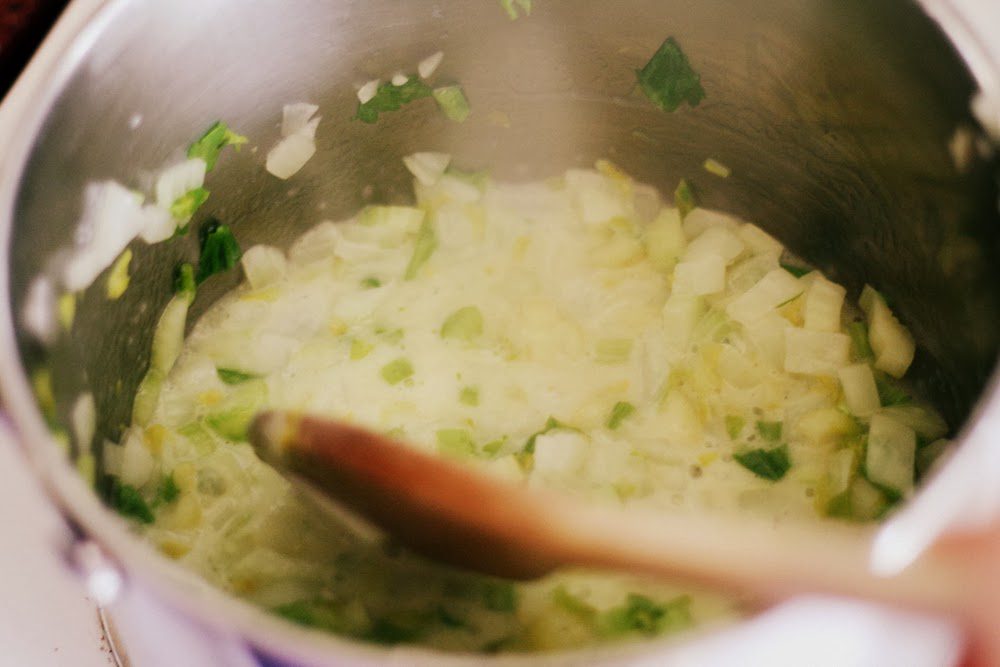 And then a couple days later I made more mashed potatoes. And then two days ago a sweet potato pie and yesterday another batch of cranberry sauce.

If I play it right, it’ll be the feast that never ends! 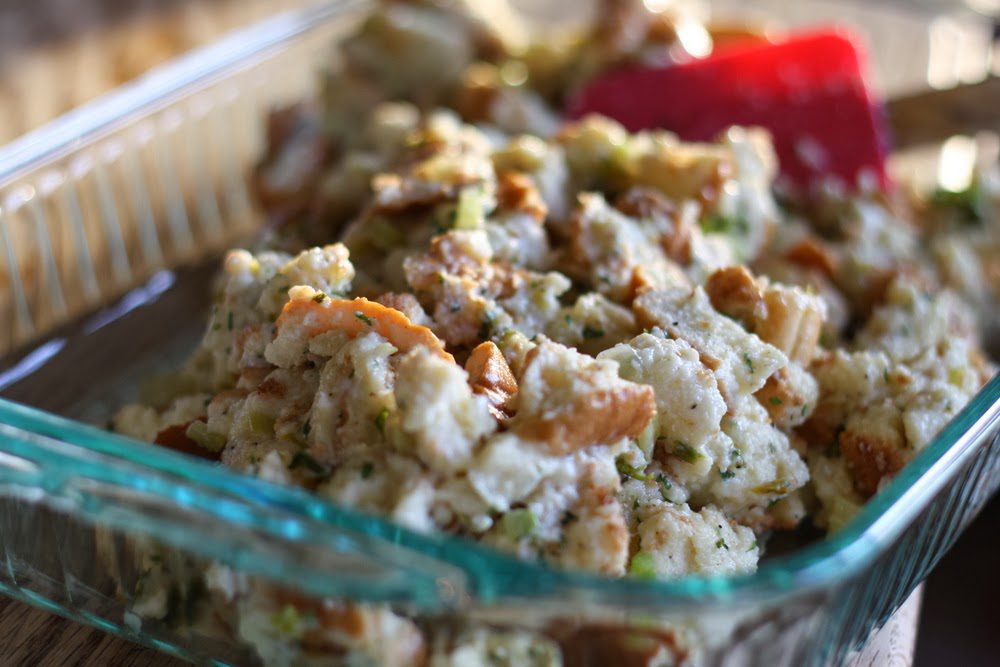 About the stuffing. I am entranced by all the fancy stuffings out there. I read about the stuffings with nuts or cornbread or sausage or leeks or mushrooms and it all sounds so luxurious and wonderful, but when it comes time to actually making the stuffing, I turn to my mom’s recipe every single time. It’s just so good! My requirements are simple: a simple stuffing to compliment the turkey and to soak up as much gravy as possible. This one fits the bill. Ain’t no need to mess with it. The end. 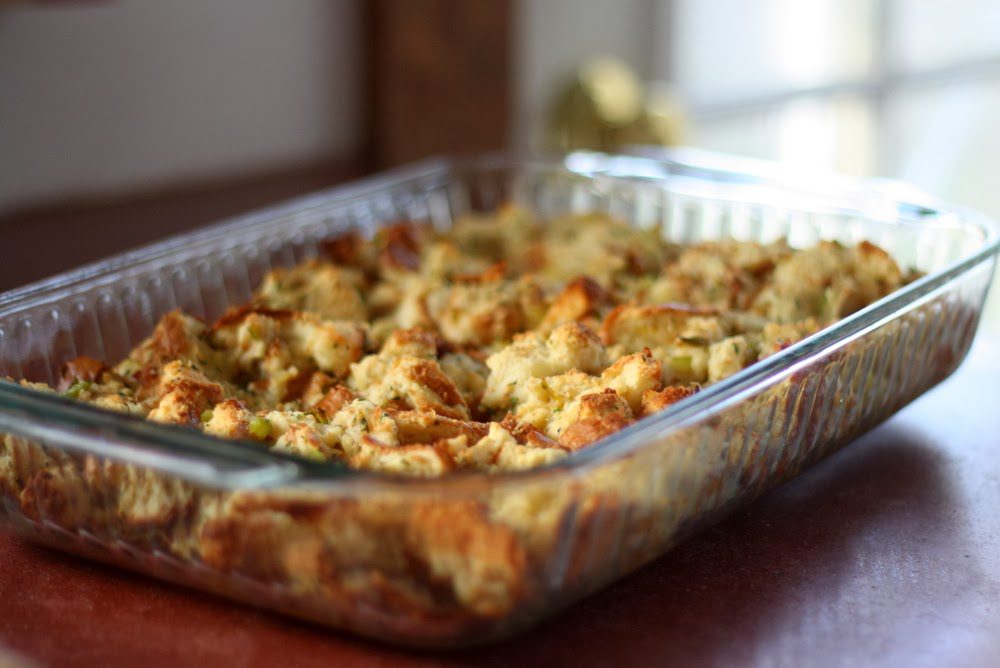 I used white wonder bread (gasp). Use whatever odds and ends you have banging around the freezer or bread drawer. (I don’t bother to toast it, either.)

Put the bread cubes in a bowl and set aside. Saute the onion and celery in the butter for ten minutes, or until tender. Add the veggies (along with every single drop of delicious butter) to the bowl of bread. Add the parsley, salt, and pepper. Combine the egg and milk and add to the bread. Toss until the bread is wet. Put the mixture in a 9×12 baking pan (greased or ungreased, your choice). Bake, uncovered, at 350 degrees for about 30 minutes or until the edges are brown. (Or use the mixture to stuff a turkey.) Serve warm, with a roasted bird, mashed potatoes, and lots of gravy.