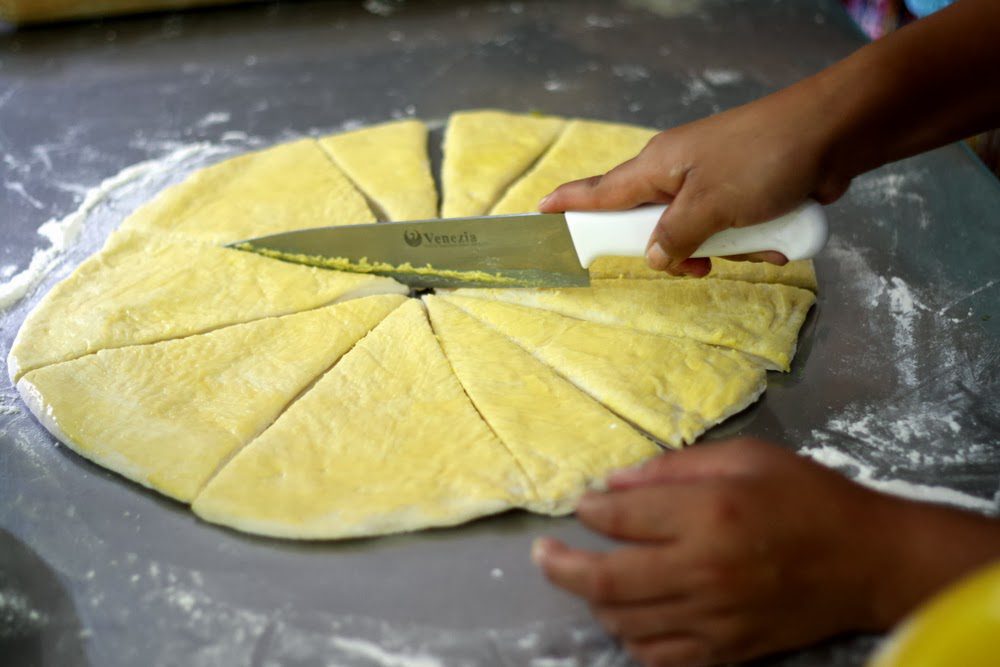 Written a week or two ago (perhaps the 12th? or the 16th?)
and then typed up today during the girls’ final exam.

Wednesday’s baking class didn’t happen. But before I launch into that sorry tale, let me back up and explain what happened the Wednesday before.

Class was to start at 7:30 am, as usual. I’ve drilled the girls on the importance of starting on time. When making yeast bread, an early start is imperative if we are to finish by lunch. Also, their grade is based on participation. Neglecting to show up on time results in point dockage.

The majority of time, the girls have been late to class, but last Wednesday it was 8 am before they swarmed into the panadería. I looked up from the book I was reading and rattled off instructions. When I finished, the class spokesperson said, “Sorry, teacher, but we came to tell you we can’t attend class today. We have too much homework to do.”

“Hm, really? Well then, bring me an excuse from the director, please. I don’t have the authority to release you from your assigned class.”

That threw them into a pissy tizz. After an angry conference, they all stomped off to the office. Soon they returned, the director in tow.

Director: Jennifer needs help baking. You can’t leave her to do it alone.

Me: I’m not here to bake for myself. I already know how. This class is for you.

Director: Get to work, girls. And Jennifer, if they are sullen and angry, let me know and we’ll put them to making tortillas.

It was a bumpy start, but they were soon working and laughing. See teacher? We don’t need to make tortillas! We’re laughing, ha-ha-ha! 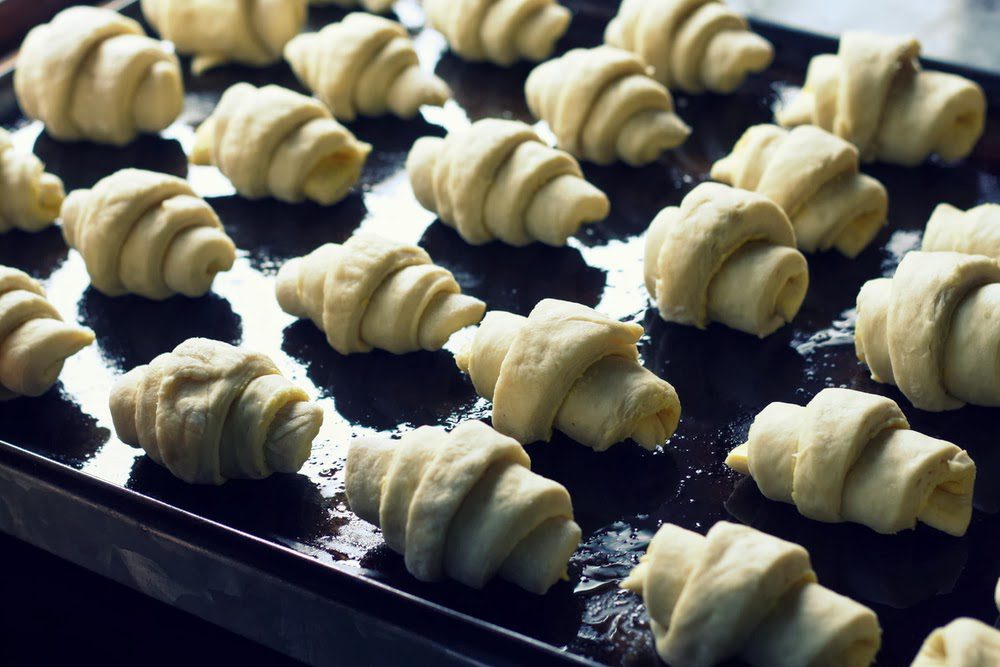 When the girls came tromping down the hill, we—the girls, director, pastors, and I—met under the pavilion. The girls explained that they had a big assignment and were up until 4:00 that morning, and the morning before, too. (‘Tis true, they are newbies to the accounting program and have tons of catch up learning to do.) After a long discussion with the morose, exhausted girls, the director once again sent them off to bake. I stayed behind for a few minutes to confer with the director.

I could hear the wailing before I entered the bakery. At first I thought they were laughing. But no. The entire room was filled with such theatrics that you never did see. Disheveled hair, red eyes, tears and snot. My husband later told me that he had heard the crying the whole way down in the carpentry. “We have four kids at home,” he said to the guy he was working with. “That’s not going to go over very well with Jennifer.”

I walked into the room, leaned against a table, and crossed my arms. “What is going on.”

And they dished out an ample serving of the same old sob story, finishing with, “And we can’t even clean the bakery because Pascuala has the cloths and she’s still sleeping!”

I left them to their misery and went to talk to Natalia, another teacher who doubles as my right-hand cultural mediator.

“What do I do?” I asked. “Are they taking advantage of me? Do we bake? Should I let them go?” It was mid-morning by then. Starting that late was hardly worth it.

“They’re taking advantage of you, I think,” Natalia said. “But I’ll come talk to them.” 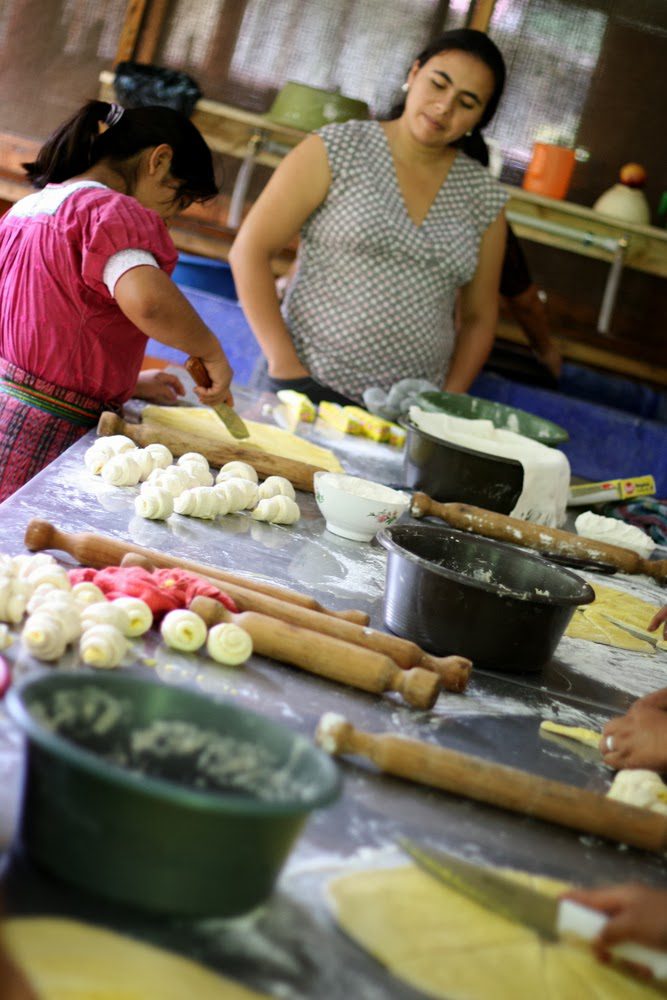 In a non-confrontational moment: Natalia, only observing.

So. Yet another group conference with sullen girls. In the end, I dismissed them, but with homework. For Friday, they were to write a three-pronged apology letter: what they did wrong, three things they could’ve done differently, and a list of what they’d commit to for the remaining two classes. Copying strictly forbidden. Worth ten points. 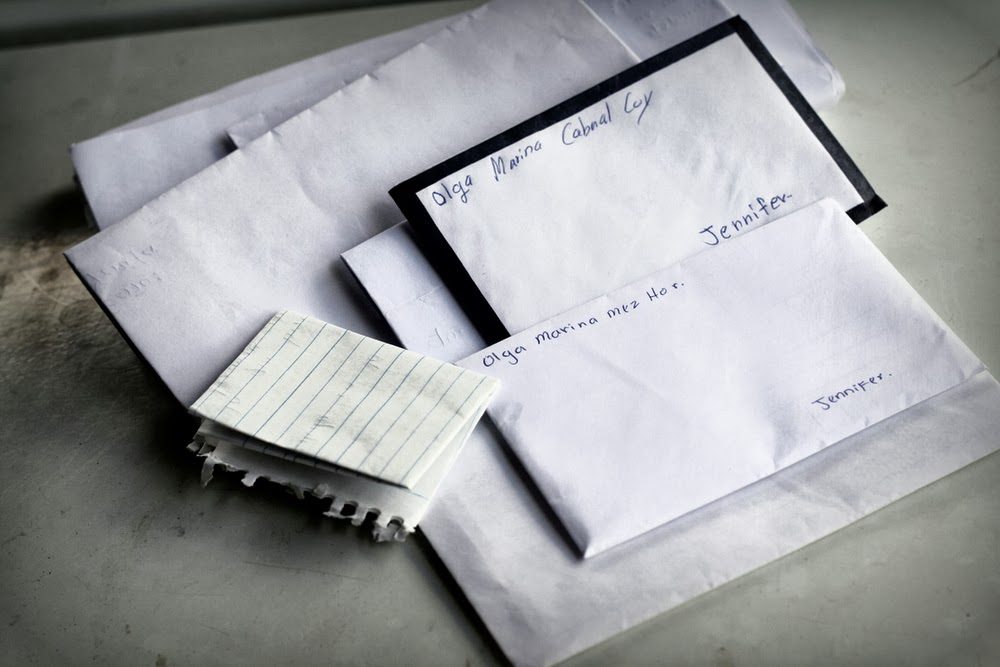 That day, the afternoon tutoring classes didn’t go much better than the morning’s nonexistent baking class. In the first period, only two kids showed. In the second, only one, and then a half hour later, the rest slunk in, all out of sorts. The last class was its normal self, but one guy asked to go get his laundry off the line and never came back.

When kids don’t attend class, there is nothing I can do to make it happen. The school is lacking such organization that enforcing classes is nearly an impossibility (but only for the extra-curricular ones—everyone shows on time for the academic classes, no problem). In fact, we were looking into partnering with a professional vo-tech as a way to strengthen the Saturday Vocational Arts program but have decided against it. It’s costly (though reasonable), but the risk of losing money because of delinquent kids just isn’t worth it.

But back to the girls. I never quite know how to handle their apathy and tardiness. Should I be North American hardnosed? Should I just lay back and go with the flow? Should I set the start time for 7:30 but then not take attendance until 8:30 (to honor the customary Hispanic buffer hour)?

Not that any of this matters anymore. As of today, the class is over. All but one passed, I think. Not with flying colors, but not just barely, either. So I guess it all worked out anyway. Don’t ask me how. It’s a mystery.