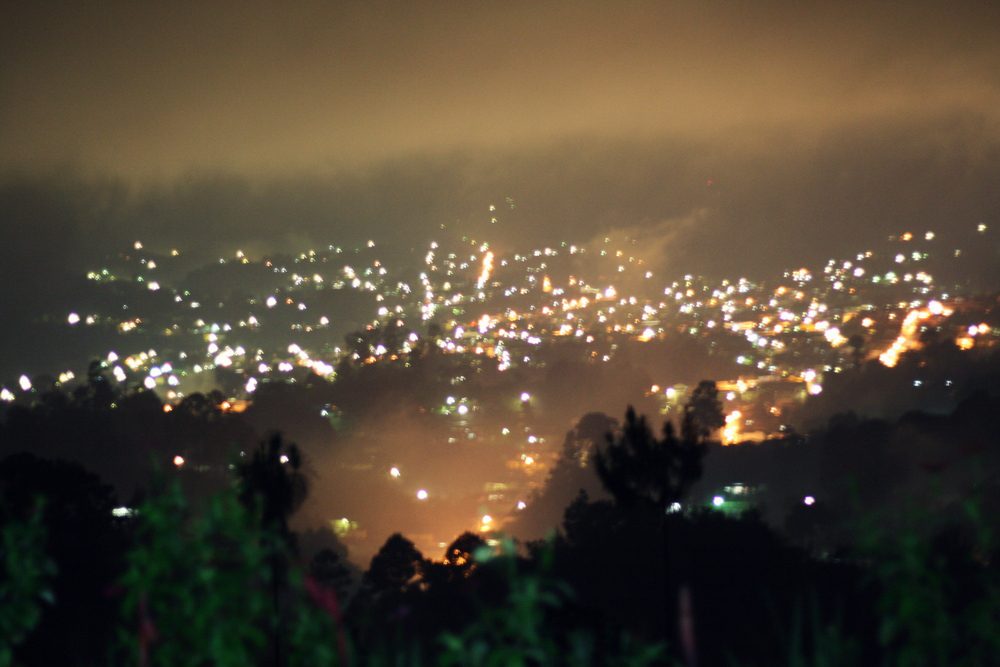 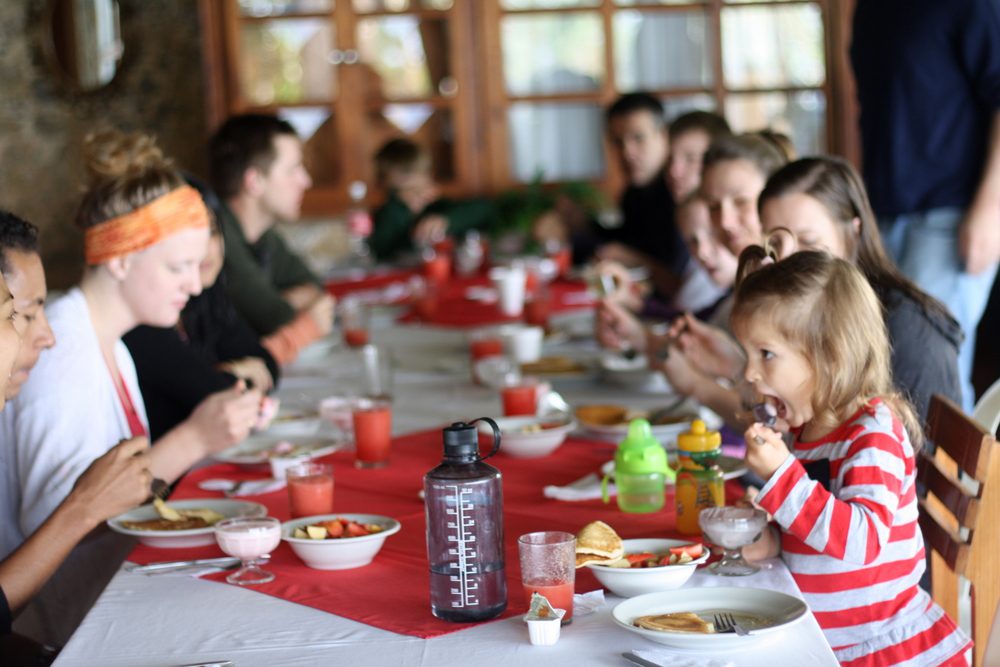 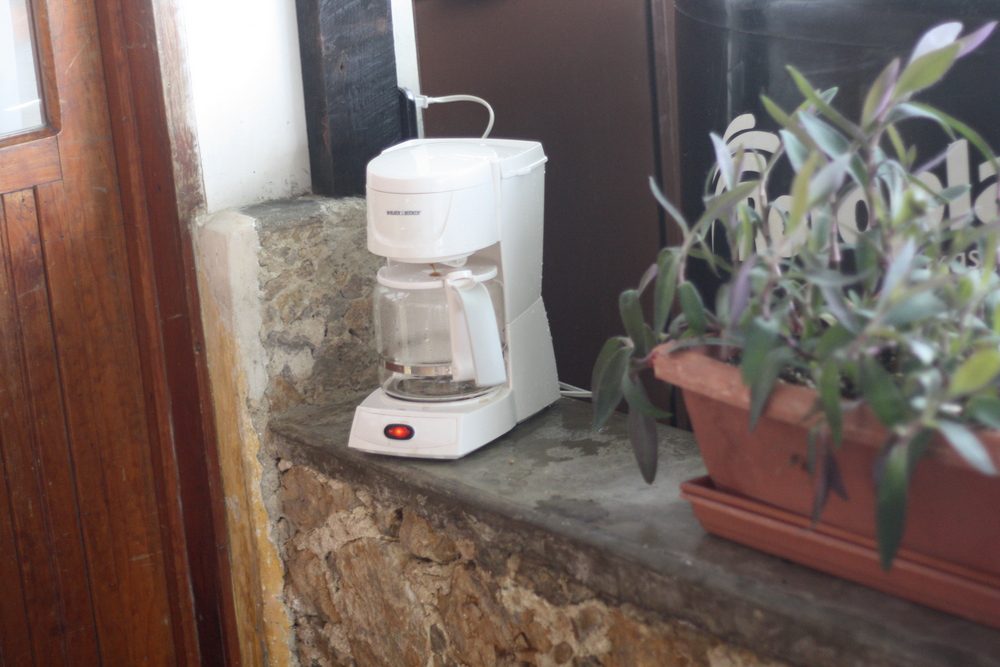 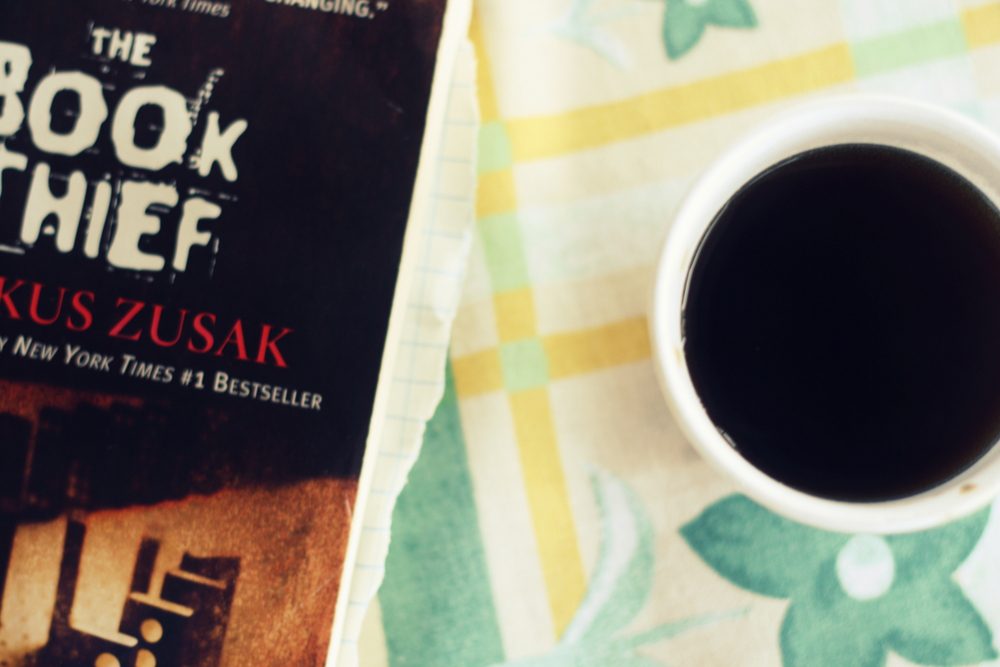 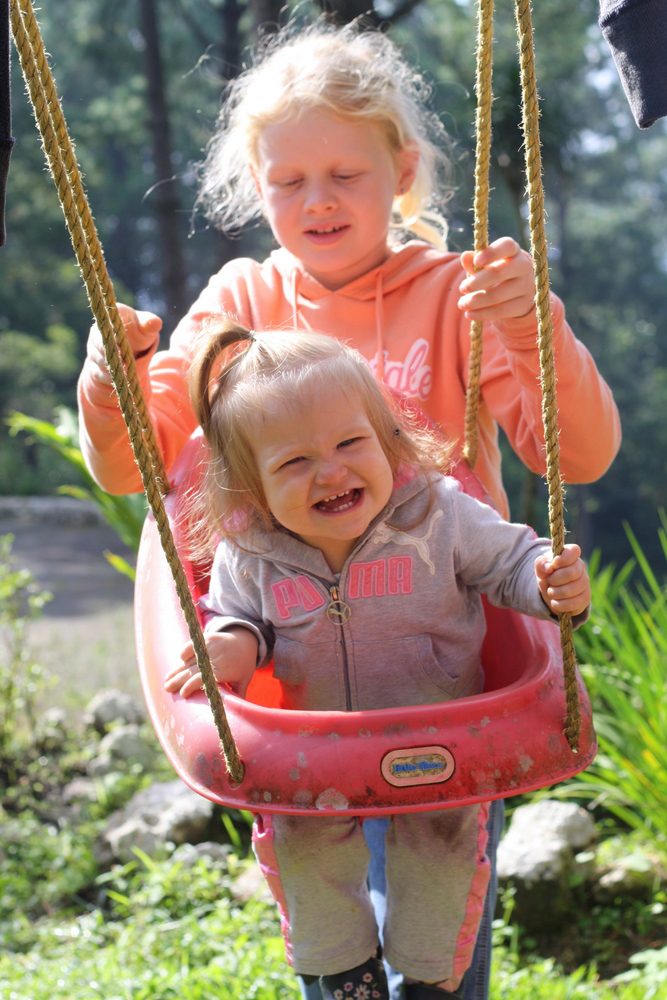 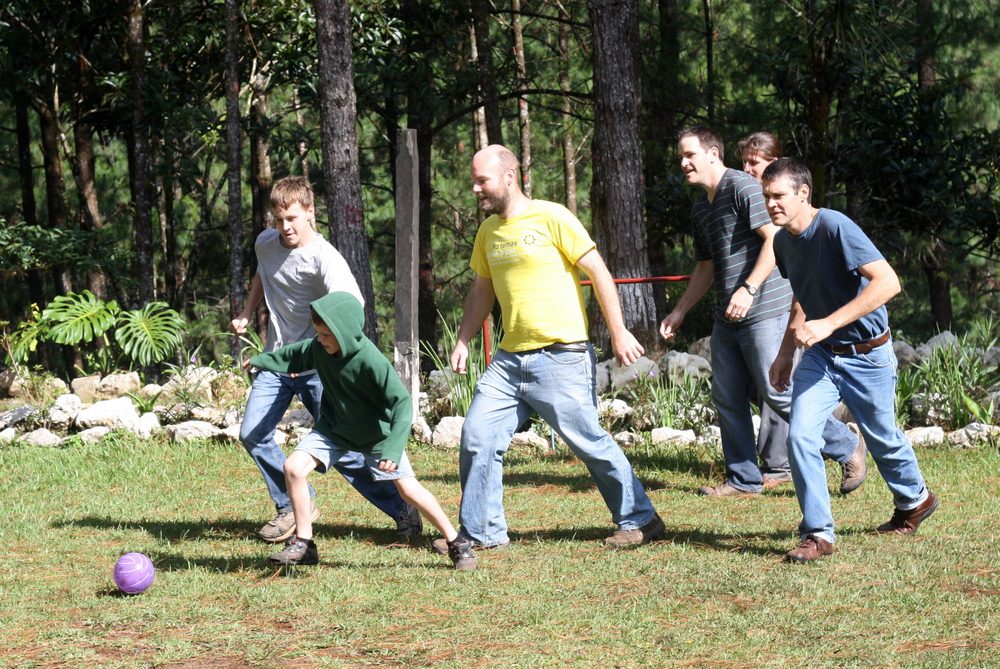 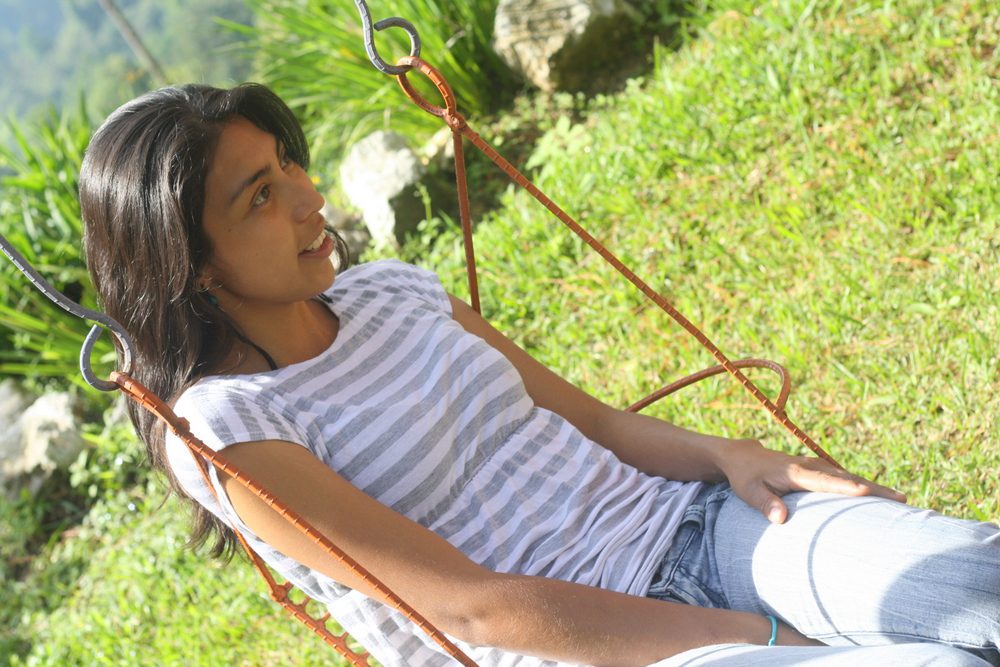 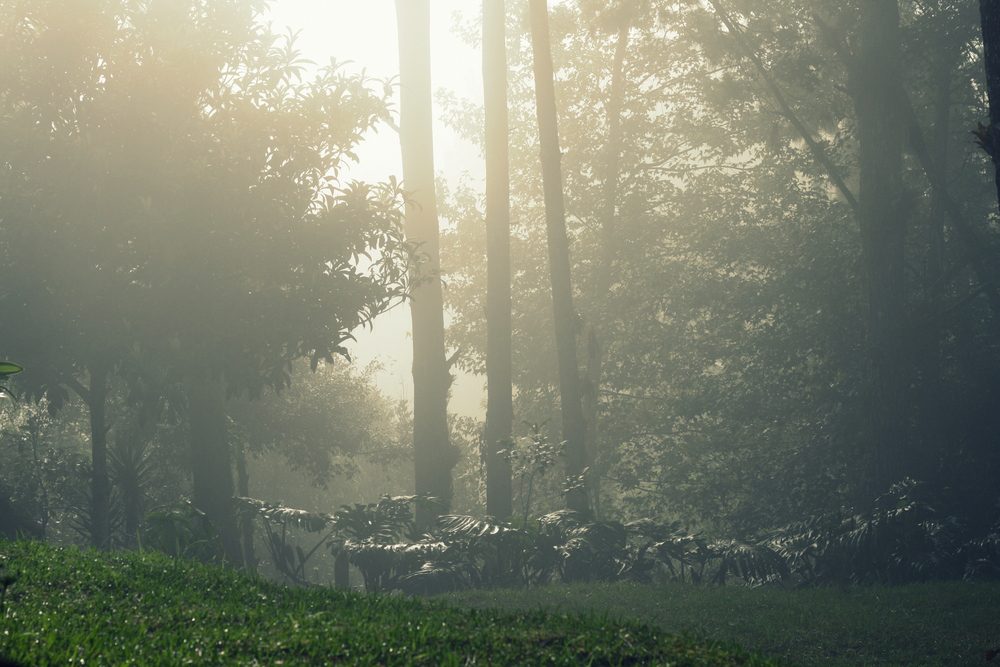 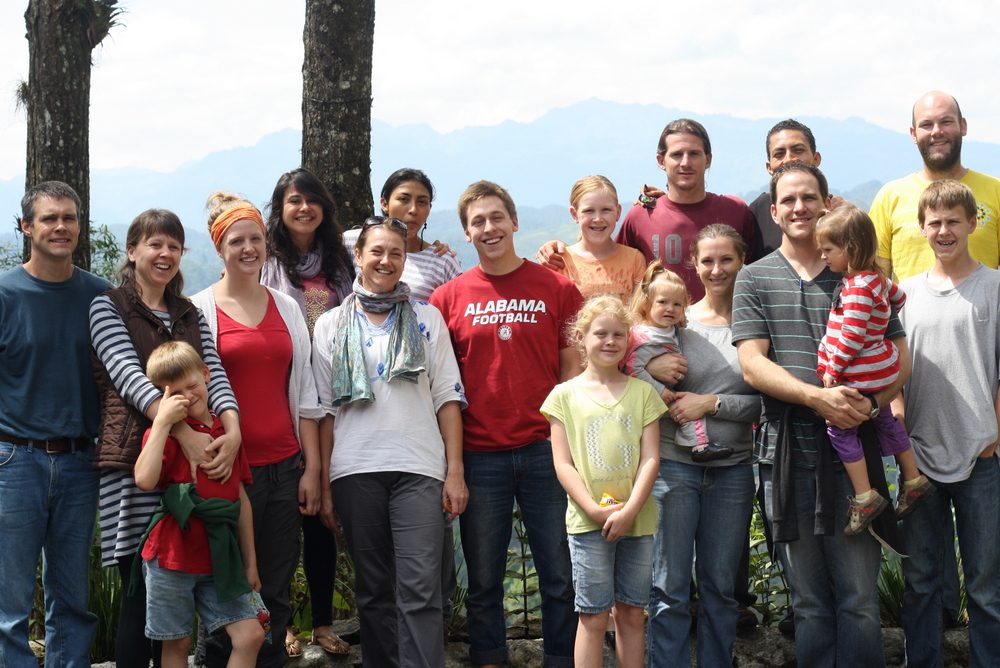 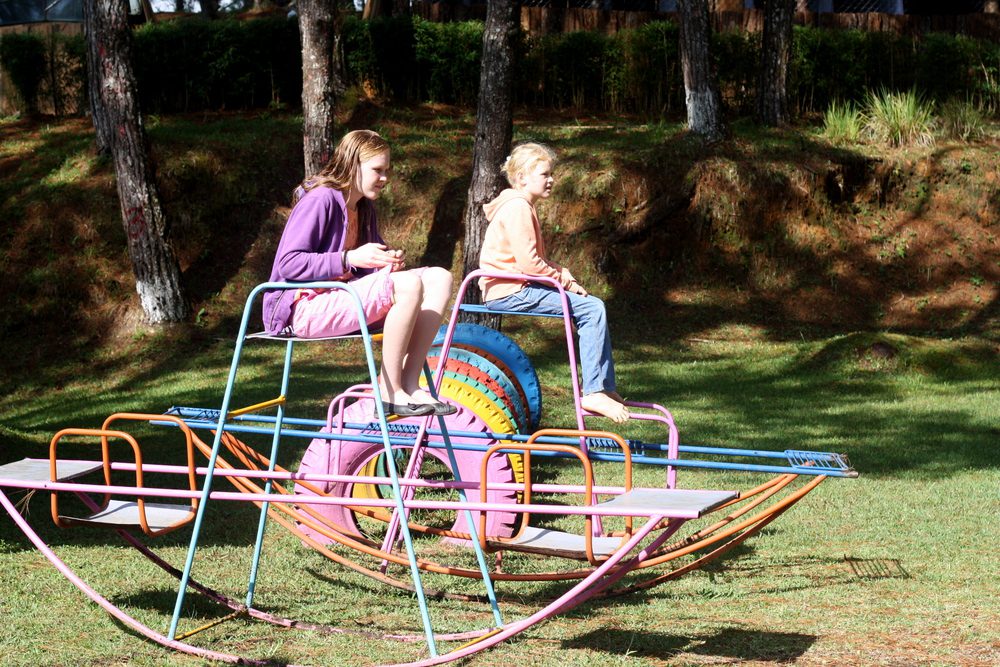 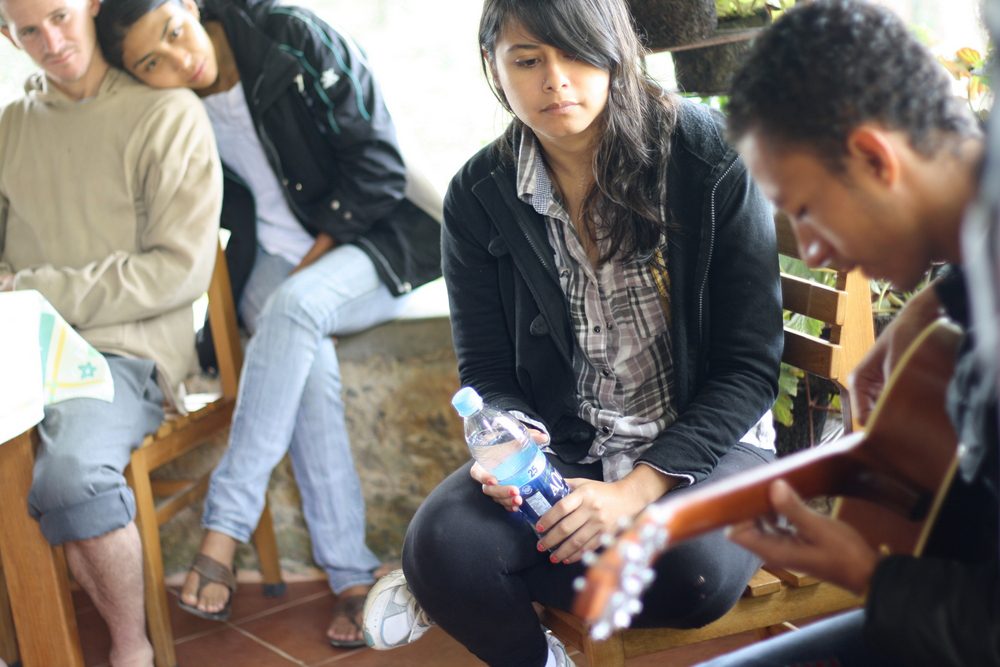 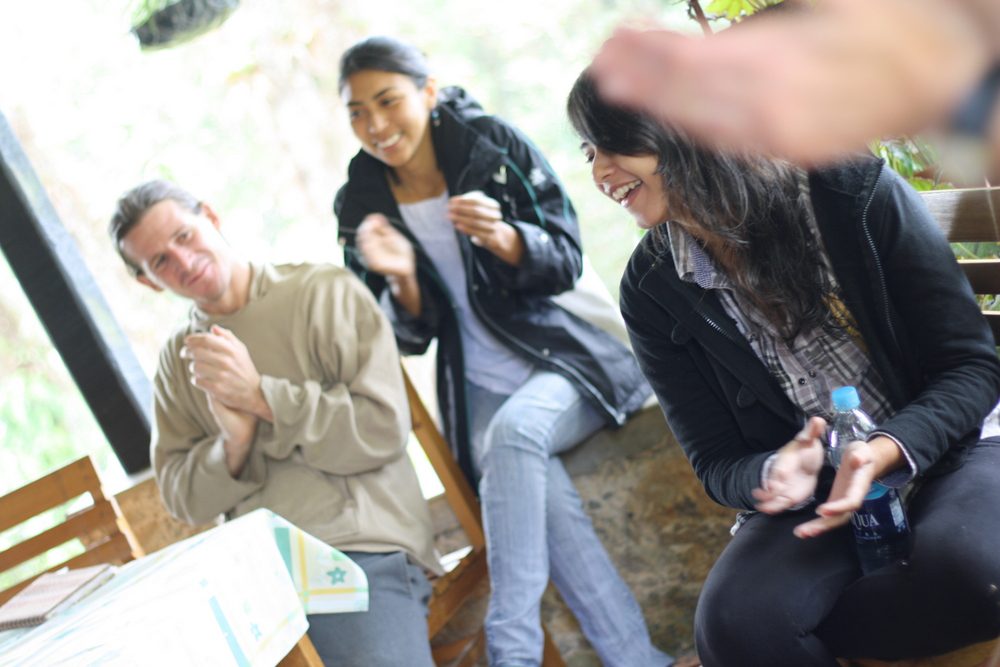 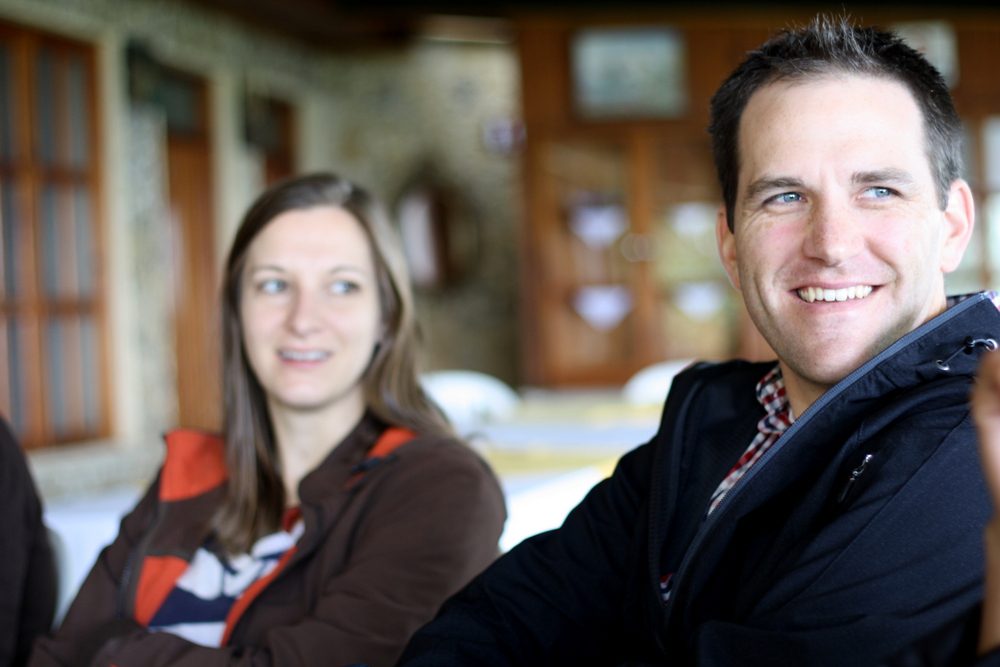 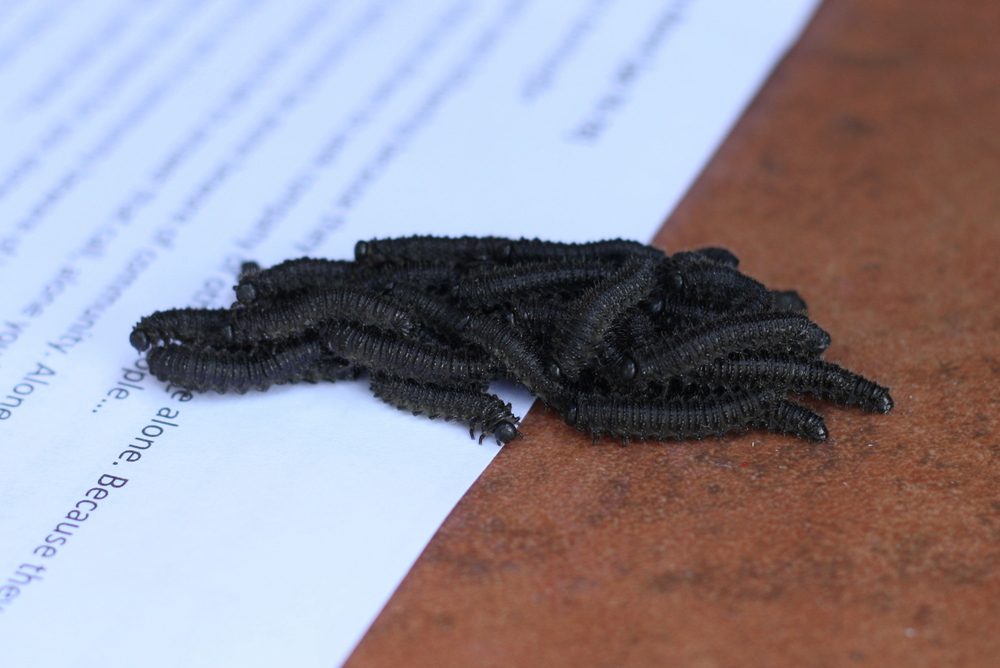 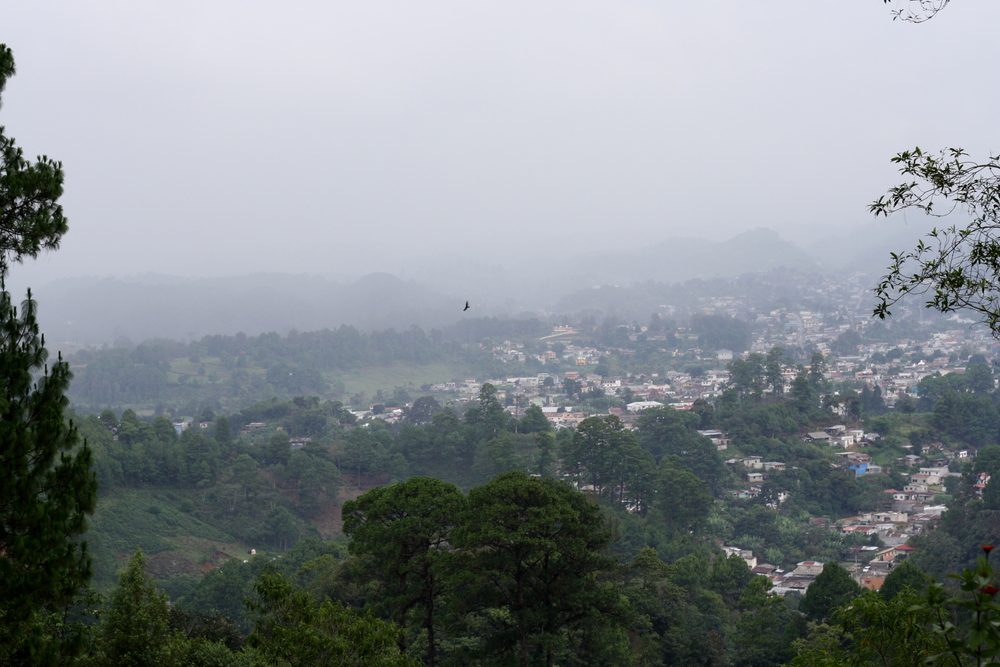 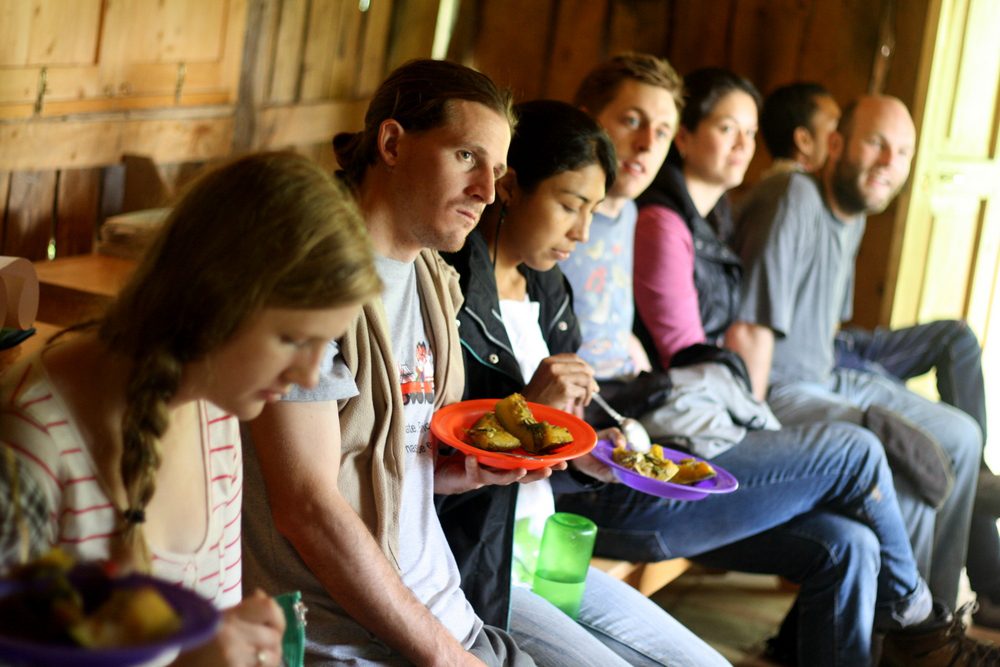 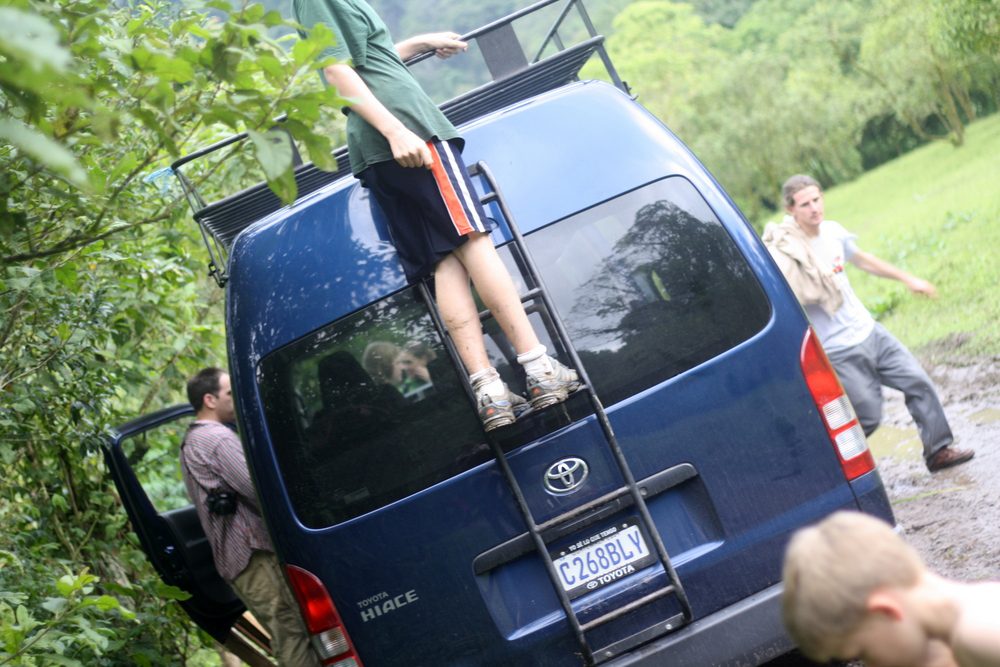 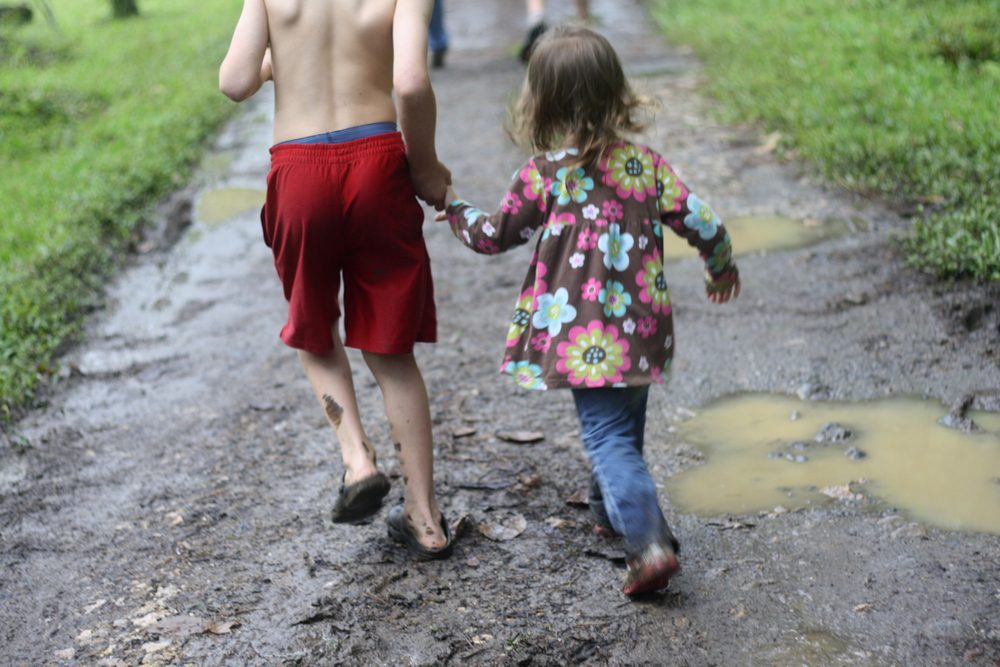 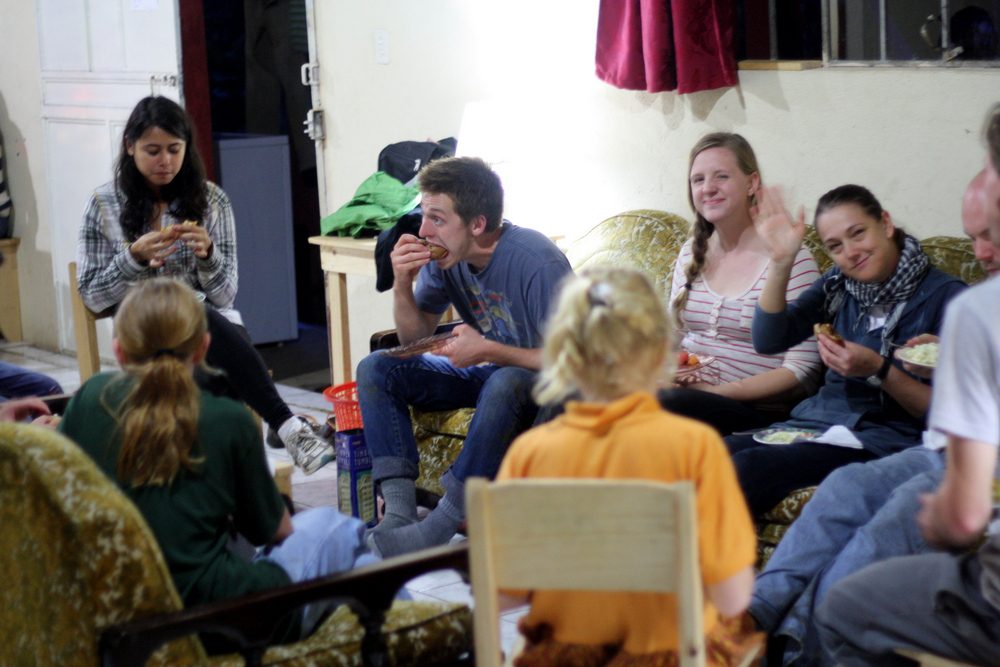 As anyone who has worked with a relief agency in a foreign country will attest to, team cohesion (or the absence of) is a big deal. To some degree, this is probably true of all work situations, but when living far away from home and all that’s familiar, the importance of the team carries a bit more weight. When it’s good, it is very, very good, and when it is bad, it is horrid. Or something like that.

This past week, we hosted our team retreat here in Alta Verapaz. They traveled; we cleaned, cooked, and arranged lodging for nineteen. (I am a homebody. We clearly had the better end of the deal.)

(Side note: I met my first detail-oriented, stressed-out Hispanic. They exist!!! Because Latinos are so super laid back, I didn’t think it was possible, but the hotel manager, a very kind, gentle man, proved me wrong. Very wrong. He was flat-out obsessed with the details. He fretted and called me and fretted some more. I only caught on to how bad it was when I asked him for a whole carafe of coffee for the Thursday morning meeting. The dismayed look on his face told me I had gone too far. I backpeddled real quick. Never mind, just serve juice with all meals, I said, and then I packed up my coffee pot.)

When we worked in Nicaragua, all the team members were white, from the US or Canada, and spoke English. Our current team is very different. Checking in last week (because teams are always in flux, what with all the comings and goings) were:

People always feel so sorry for us when they hear that our team meetings are in Spanish (this is the first time the meetings were partly in English, too, and that’s just because of the new Spanish learners—next meeting will probably be in only Spanish). It does change the feeling of the meetings, it’s true, when you’re limited to sharing in your second language. But when issues got emotional, it was perfectly acceptable to slip into the mother tongue and let others fill in the gaps.

It only makes sense, I think, that we conduct our meetings in Spanish since we’re in a Spanish-speaking country. Doing so makes me feel like we’re just that much less foreign (not like anyone’s fooled). Also, team meetings are where I learn tons of Spanish. The conversations are deeper—more feeling-oriented—so I pick up on ways to better express myself. Plus, it’s easier to understand English speakers who are more fluent in Spanish; we express ourselves similarly so bridging the language gap is easier.

Confession: next to other Spanish language learners, I used to (and sometimes still do) feel inferior. I didn’t measure up. I’d imagine everyone listening to my mistakes and rolling their eyes. She still makes THAT mistake? Pul-eeze!

I don’t feel nearly as insecure now. Maybe it’s because I’m more mature, or maybe my Spanish is improved (not that much really), but I think the real reason is the team’s added native Spanish speakers. I don’t know if it’s a cultural thing, but I never, ever, ever feel judged by a native Spanish speaker. They are patient, generous, and warm. When I pop up with questions like, “What’s the difference between dispuesto and disponible,” they simply explain. The point is not how we’re communicating, just that we’re communicating. It takes the pressure off.

Our new team leaders are bravely climbing an excruciatingly steep learning curve (the country
rep position is said to be the most difficult position in all of MCC) yet are still managing to be helpful to the rest of us. What amazes me most is their ability to tackle mountains of work, parent two little girls, and be fully present to the team. What gems.

Actually, the whole team is bundle of fun. There’s a wealth of stories and talents. I find myself grasping for more time, more conversations. I want to know everyone better, learn more about what it is they do and why they do it and how. (This is becoming my refrain.) It’s better to leave wanting more than craving an escape, right?

Photo Captions
*Cobán, the view from the hotel.
*Pancakes and fruit.
*My lifeline: cheap and stress-free.
*Current read. Sugar, no cream.
*Push.
*A pick-up game.
*One of the people I want to know more about.
*Morning: misty and magical.
*Go team!
*Lookout spots.
*We have a guitar player!
*And we like it!
*Reps.
*Worms. They travel like geese, but instead of V-formation, it’s heap-formation.
*Cobán, again.
*Eating a snack of boiled pumpkin at the farm.
*Transportation.
*Mudpuddles and friends.
*At our house: sloppy joes and birthday cake. (Slow down, David! There’s a whole bunch more in the kitchen!)

PS. Here’s another perspective on the retreat…and another.