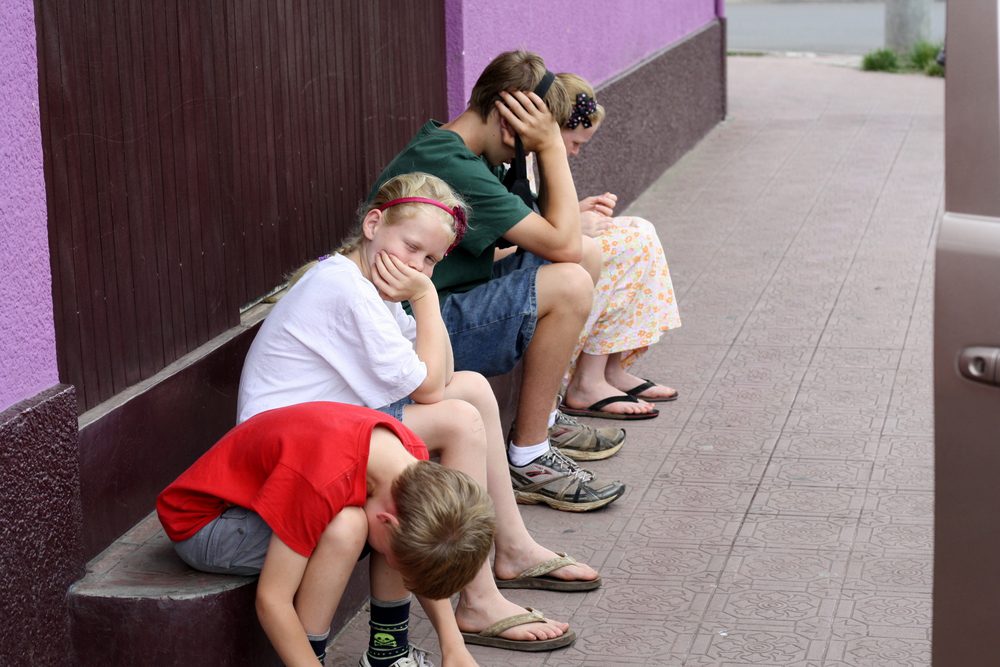 Continued from we’re back! and
rest and play: lizards! volcanoes! giant drinks and
heading north and
joy and
babies, boobs, boo-boos, and bye-byes

Day 13
The day before, we left the community at 3 pm and drove straight through to Estelí where we found a hotel to sleep for the night. This morning, we’re all grumpy and tired.

We eat breakfast at La Casita, a gringo-owned restaurant a little ways out of town where, when I was in the midst of language studies and home stays (16 years ago when we first started our MCC term), I fled as often as possible. 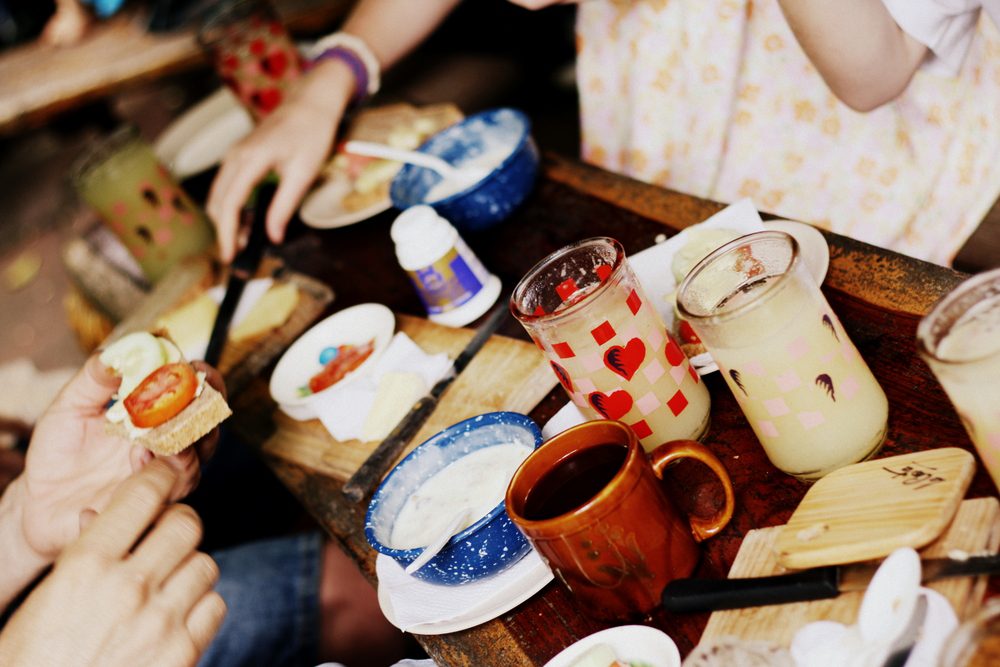 The kids sleep for much of the drive to Managua. 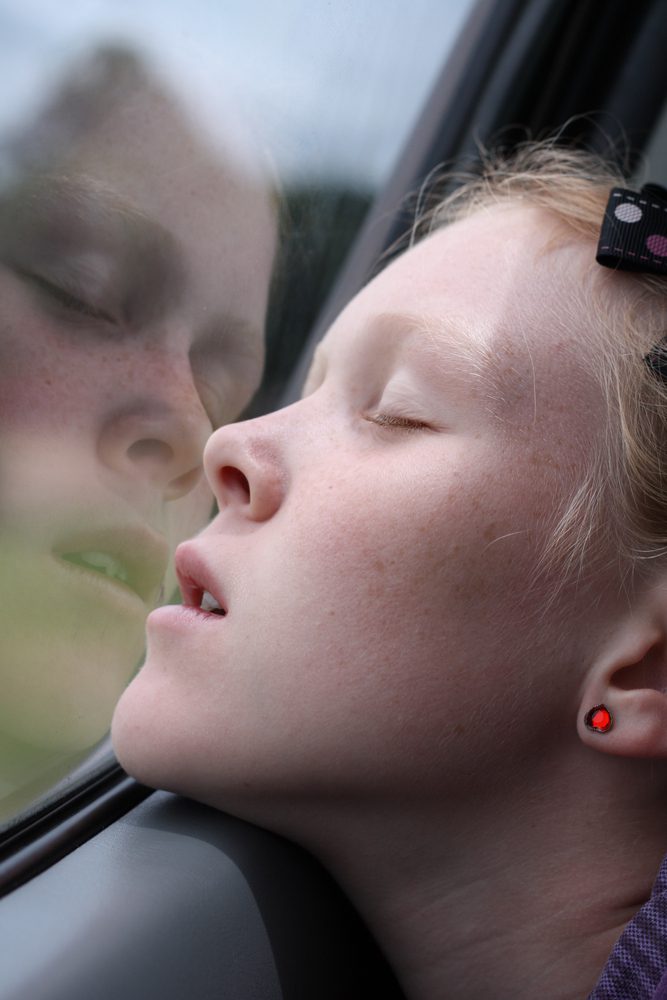 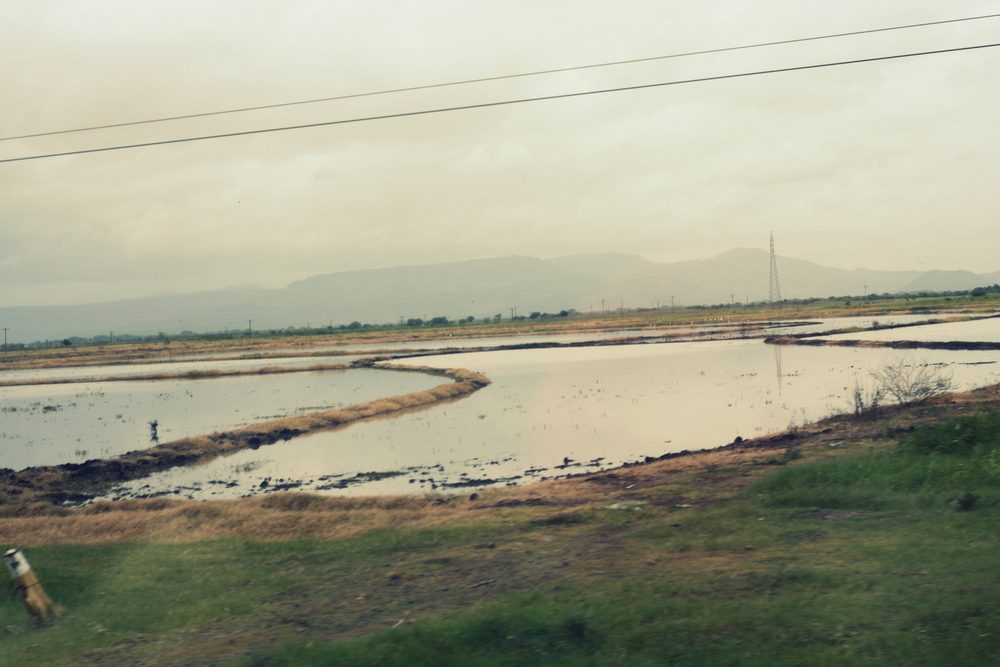 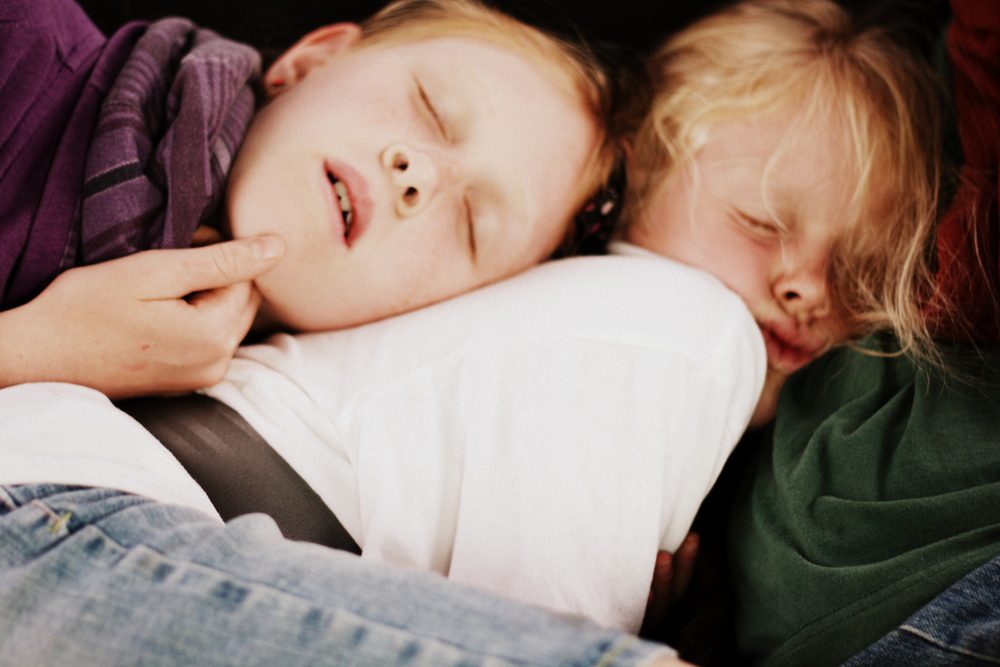 Savor the moment! They’re not fighting!

Once back in the city, we unload our stuff at the guest house and then drive around downtown before heading to the Huembes market. 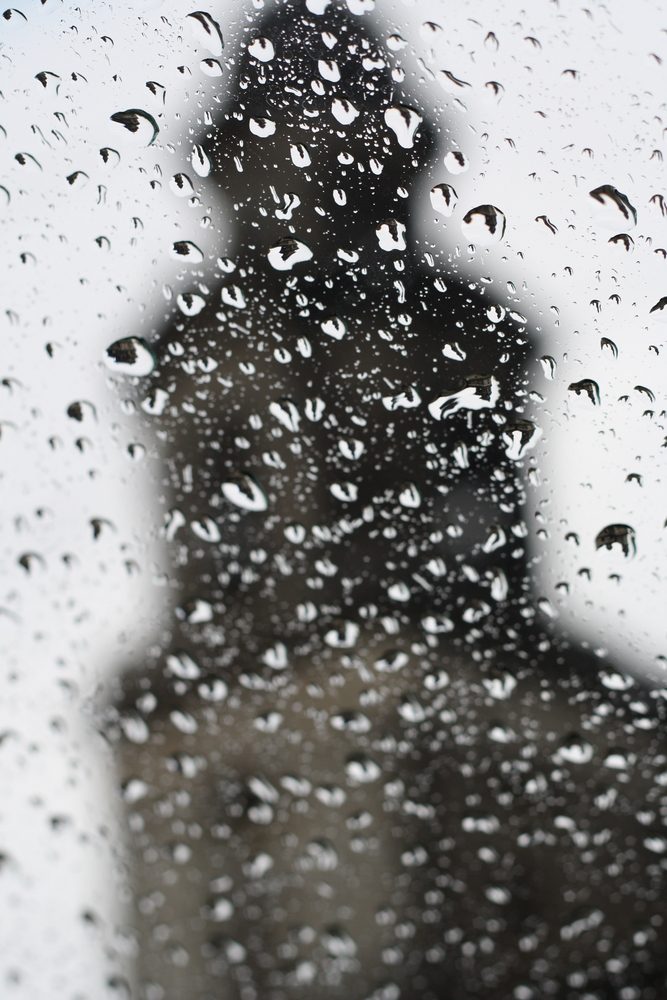 It’s raining, so this is the closest I get to the old cathedral.

We get tailed by market boys selling doo-dads made out of tall grass. We eat Eskimo ice cream. A shoe-fixer guy patches my daughter’s torn flip-flop. I stock up on rosquilla and coconut candy (it’s fabulous in granola). 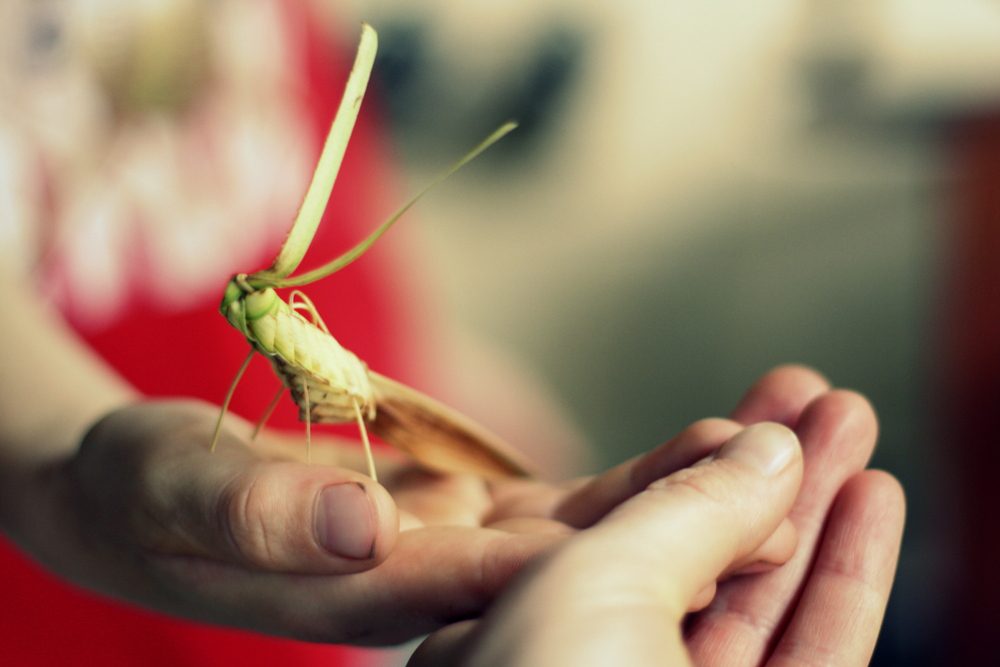 fashioned out of a single piece of grass: a cricket 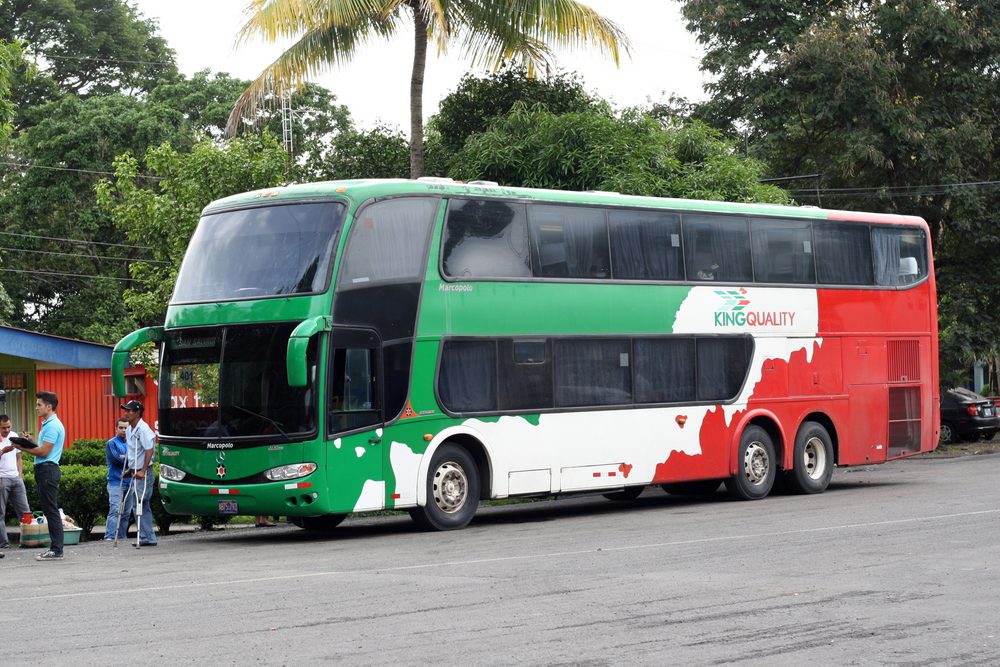 The good news is that the bus is a double-decker! They provide food and movies (spy-torture-shoot ‘em up! yay!) (yay, not really) (when the next one starts out with explosions, I send my daughter up to ask for a kids’ movie and they put on a kid-friendly Jackie Chan), blankets and pillows, and useable bathrooms. When we get to San Salvador, we switch to a different bus and my two older children get assigned seats at the very front of the bus: great views and their own TV.

I have the joy of sitting with my youngest. He’s a whir of activity (for an example of what that exactly looks like, go here) for 15 hours straight. It’s not until the very last hour that he falls asleep.

When we arrive in the city, we take a taxi to CASAS and crash. 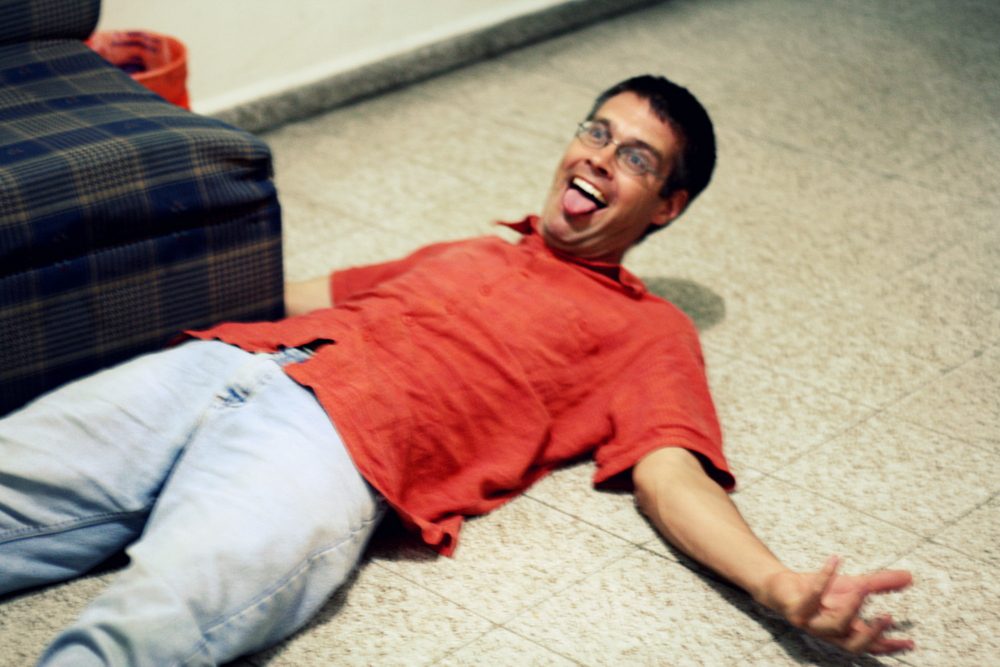 This is what 16 hours on a bus does to a full-grown man.

Day 15
Fellow MCCer Nancy (along with Raul, the van driver) takes us on a learning tour of Guatemala city. 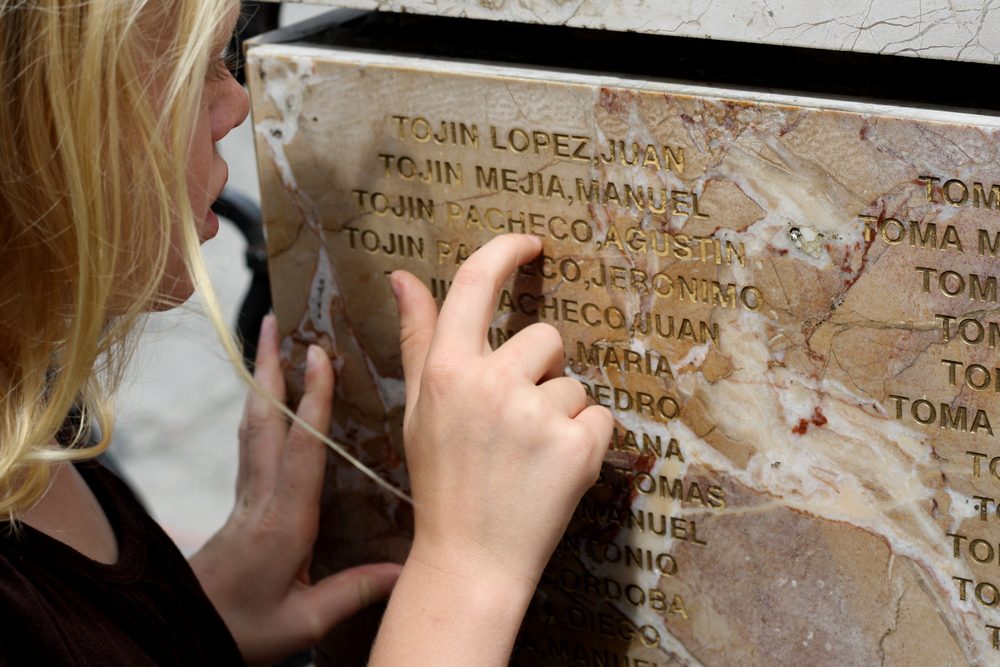 Reading through the thousands of names of the people executed,
disappeared, and tortured during the war.
Later I see a bumper sticker that proclaims, “There was no genocide” and feel ill. 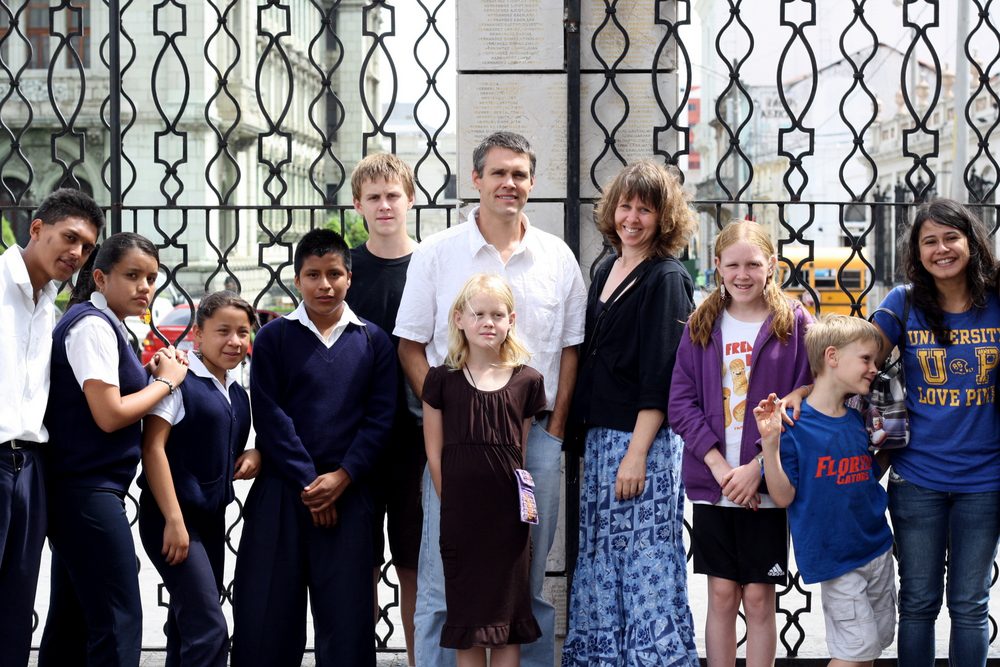 We are a tourist attraction: school children request to have their photo taken with us.
(Nancy is on the far right. My children call her “Fancy Nancy,”
and my younger son makes it quite clear that he intends to marry her.) 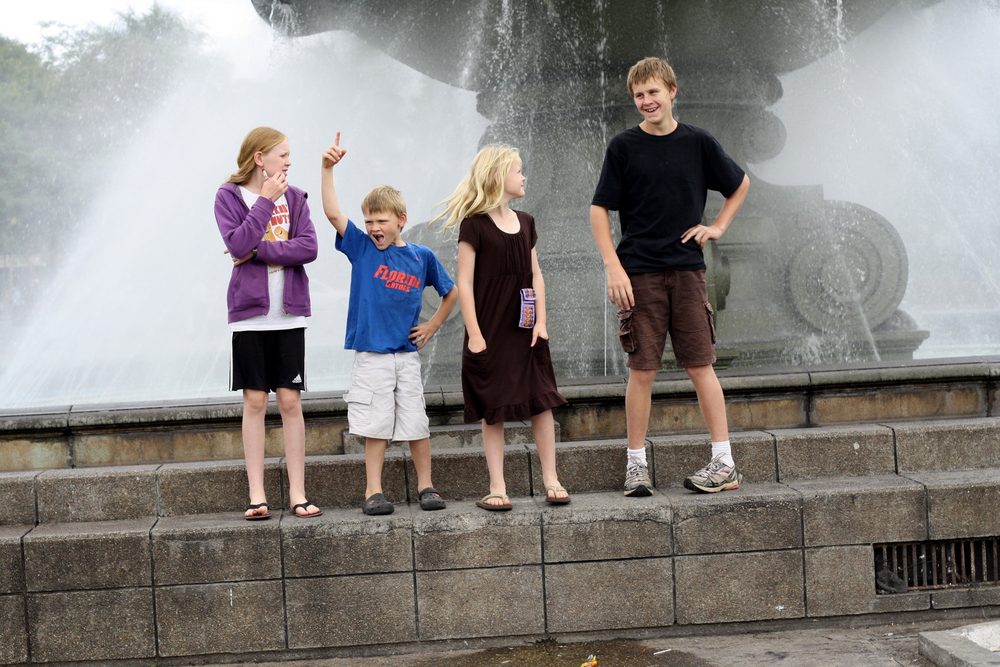 four kids and a fountain 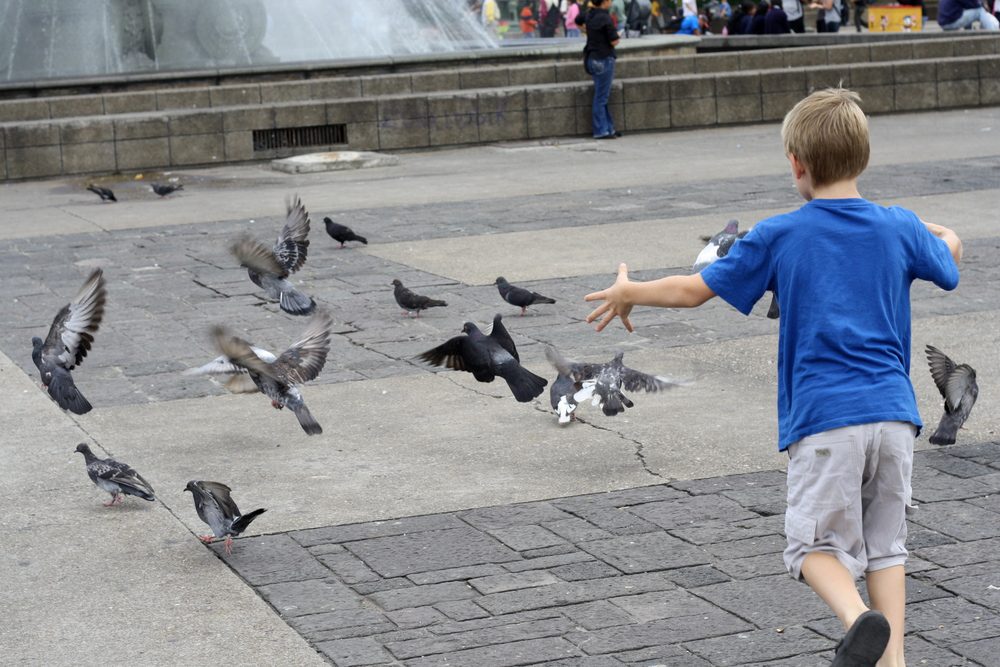 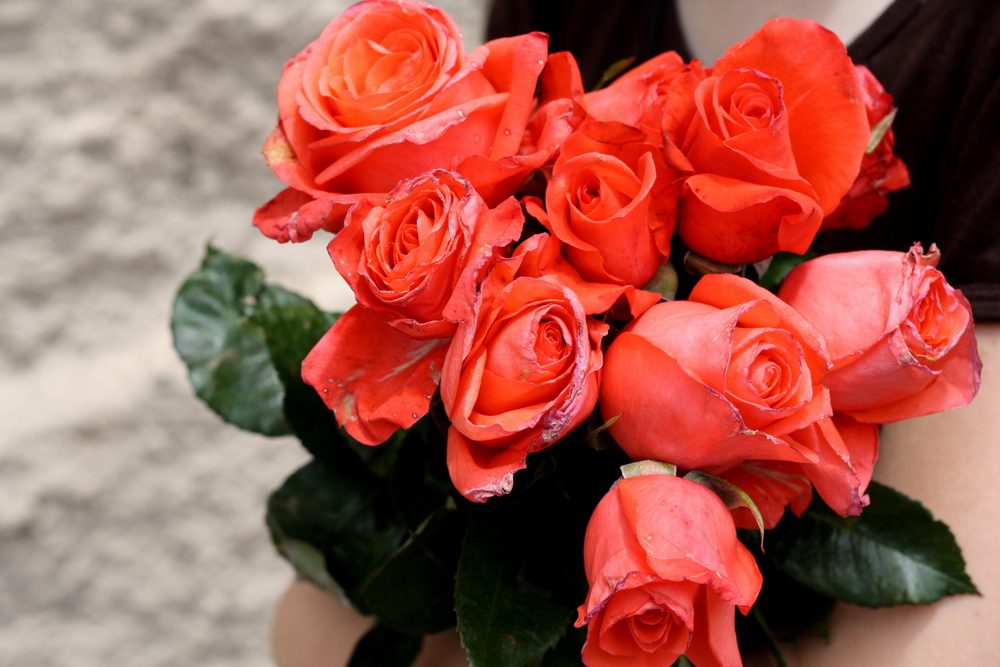 We explore Central Market and my younger daughter scores a dozen roses.
Of all my children, this child has a knack for scoring stuff from strangers.
She spends the next 24 hours handing out roses to guards, vigilantes, and maids. 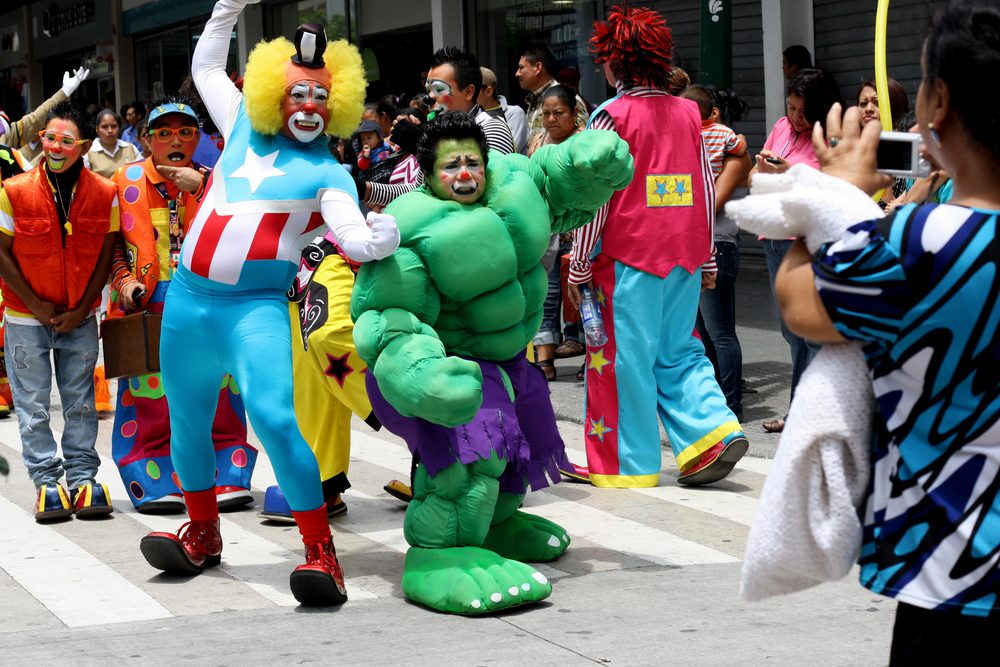 In a happily weird turn of events, we happen upon a clown parade. 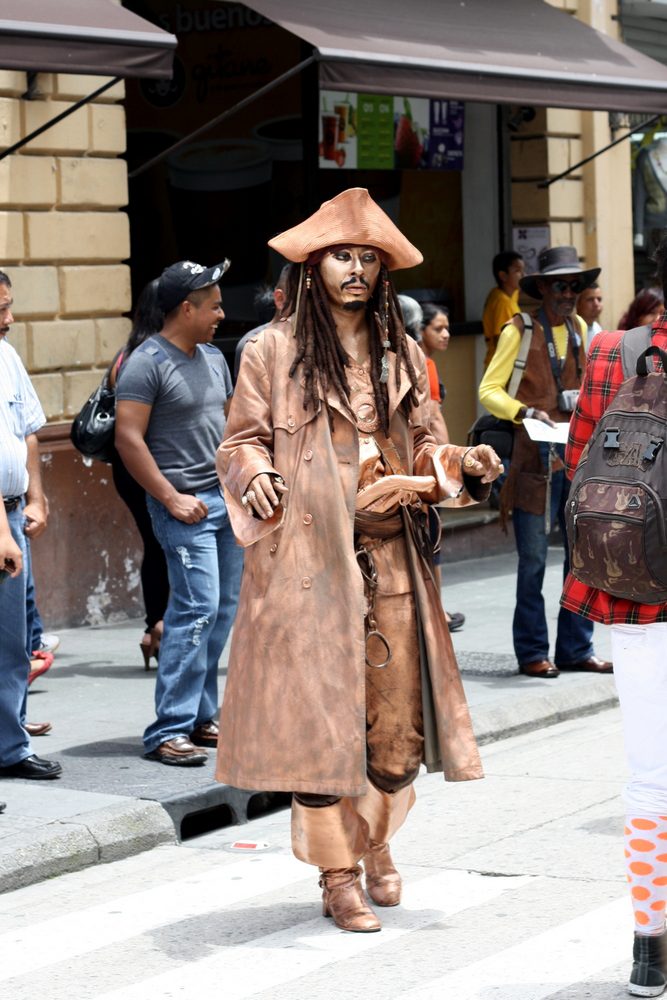 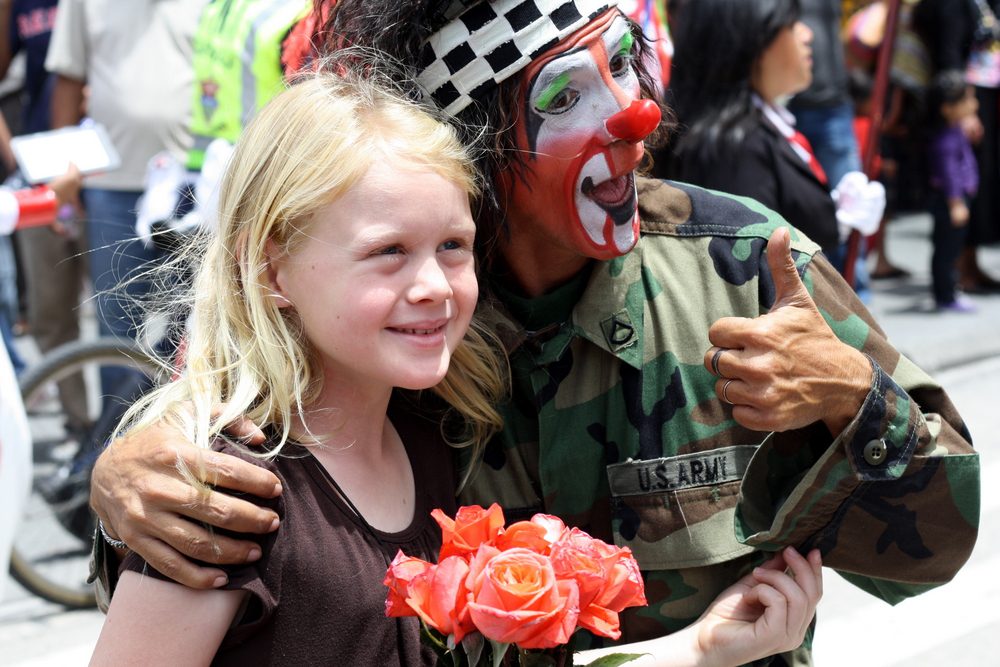 My children keet being pulled into the parade by the enthusiastic clowns.
What a hoot! 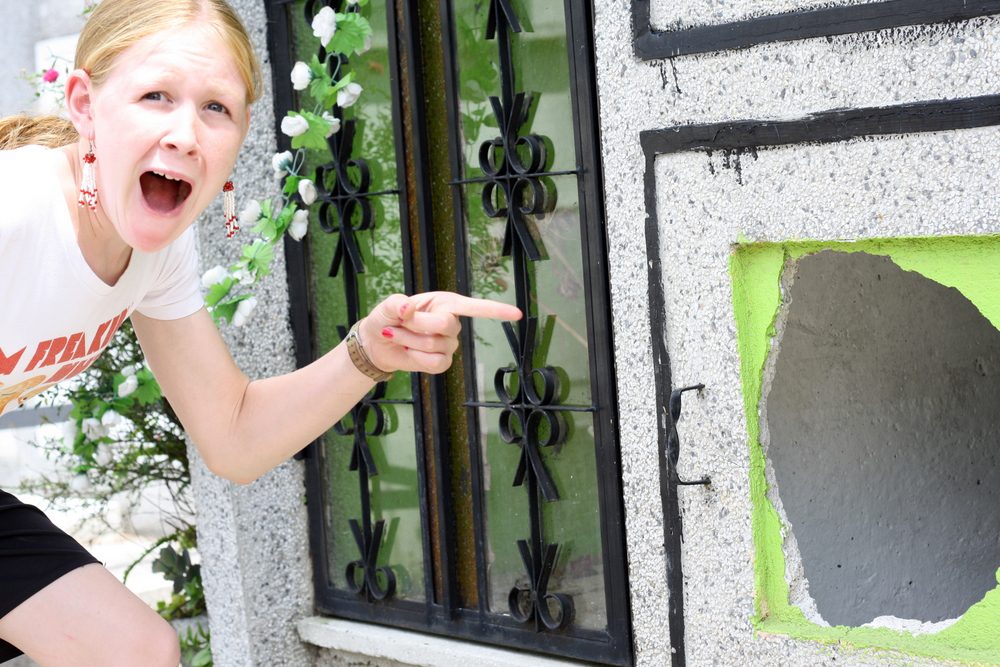 We visit the national cemetery.
The children are entranced by the house-sized graves and the busted open tombs. 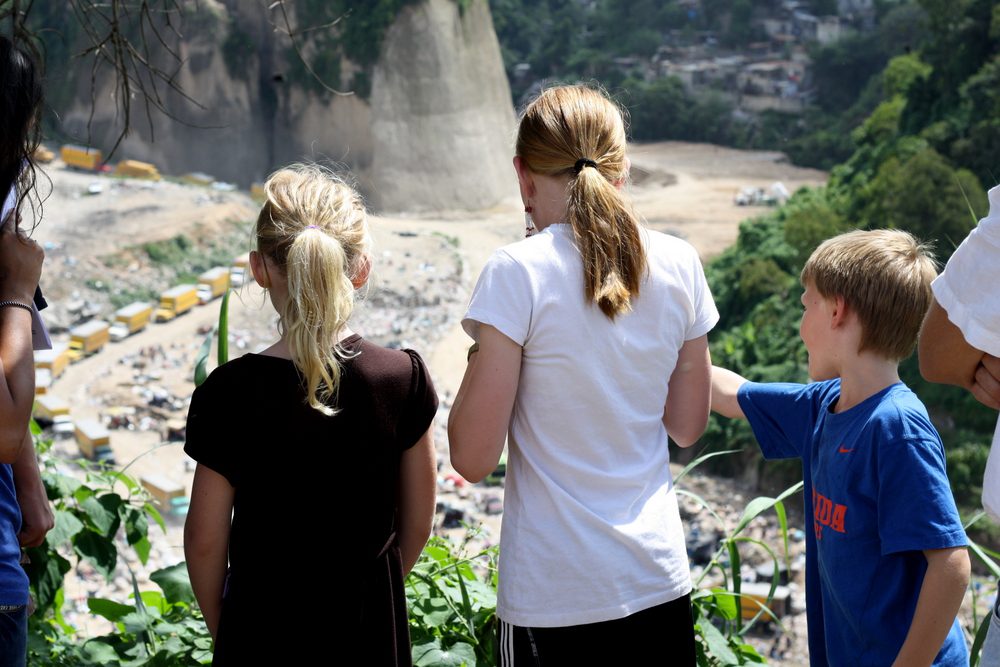 Overlooking the dump.
At the far end of the cemetery, we examine the spot (some famous dude’s statue) for bullet holes where so many Guatemalan were executed, their bodies then tossed into the dump. 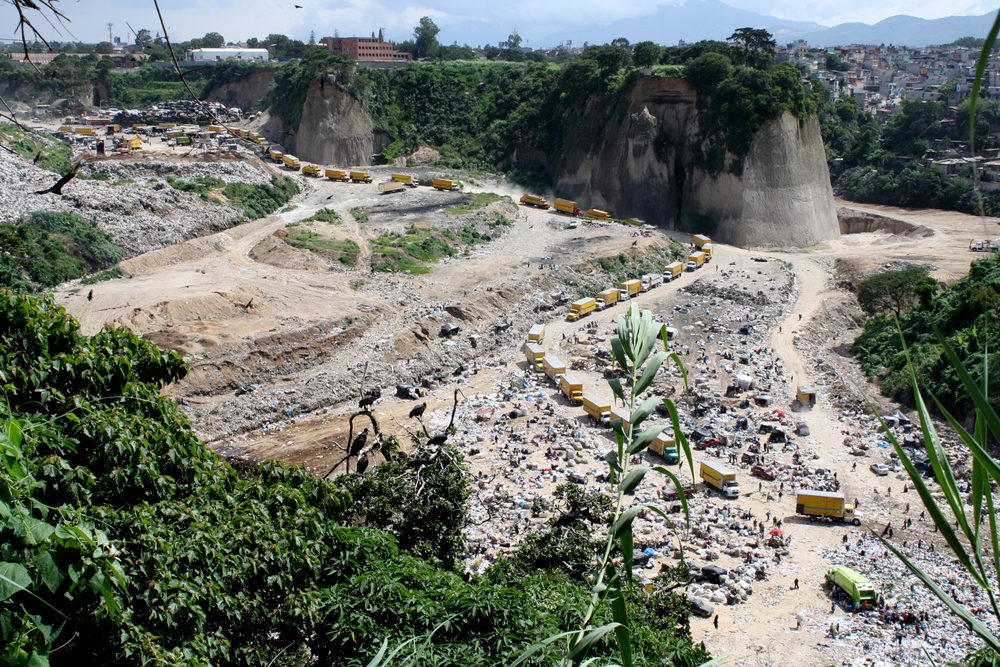 Do you know of any other city that has its dump in the very middle?
It’s not clear from this picture, but the workers live in tents and shelters
scattered throughout the dump.
Also, note the garbage truck, and all the workers digging through the trash,
in the far-bottom right of the photo.
(When we get home, I show the children this video.
Now that they’ve actually seen a real dump, they are intrigued.)
(For more dump and cemetery pictures, go here and here, respectively.)

Day 16
We have a brief team meeting before catching the bus back to Cobán. 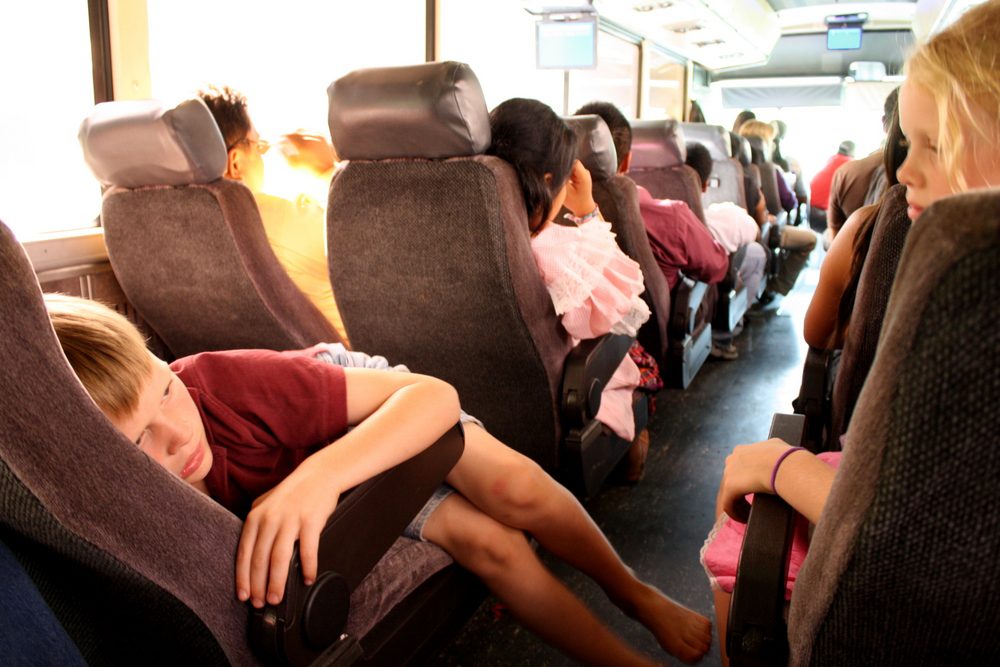 My younger daughter befriends her seatmate, an older woman,
by giving her the last rose (because she didn’t want to hold it anymore, I think).
The woman reciprocates with gum, and then later, a headband. 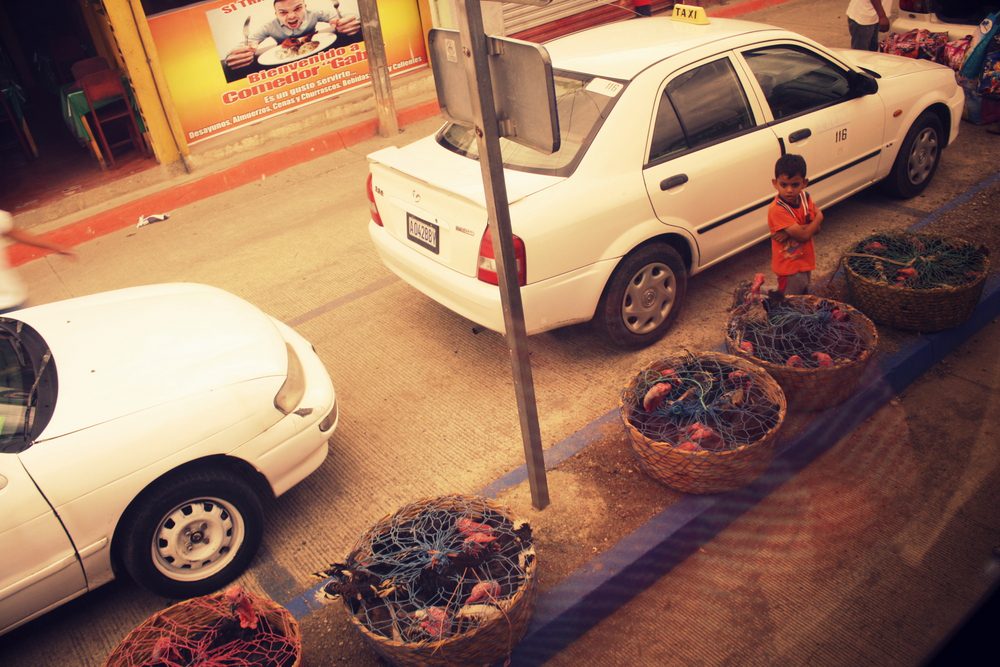 Apparently, there was a whole fleet of turkeys down under the bus!

We’re home by supertime. There’s no water and the house is dirty, but it’s home!

And thus concludes the exhaustive recounting of our epic journey of 2013.