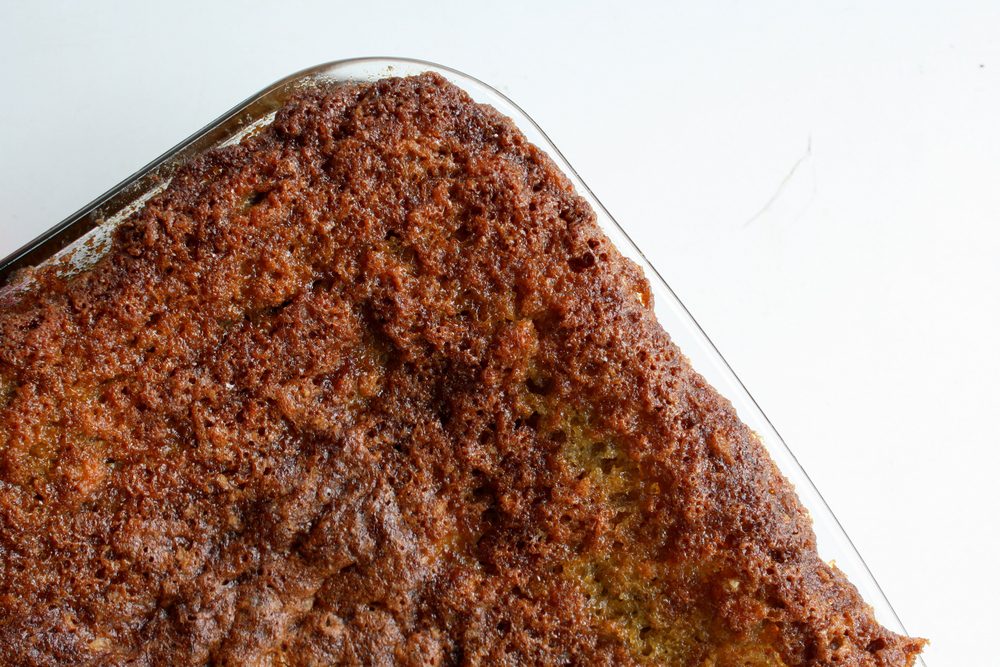 Whoo-hoo! guess what! and alert the presses! I just discovered the best banana bread recipe ever!

Okay, so my discovery isn’t that original, considering I found the recipe in a popular food magazine under the heading “Best Banana Bread,” but that I actually agreed with the bold proclamation is, perhaps, the true great revelation. 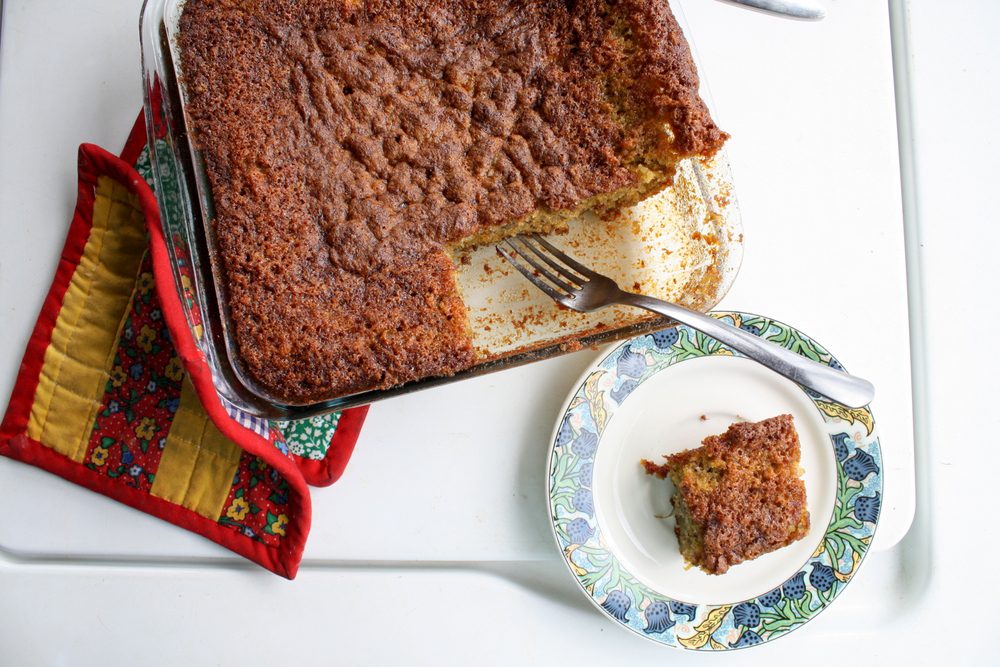 After three batches, my children are a little bit weary of the bread. But not my husband! He’s madly in love. So much so that—get this—he’s been mumbling under his breath something about needing more bananas for more bread.

This is the same man who forgets that other people—such as his parents, his children, his wife!—even exist when they aren’t directly in his line of vision. So that he’s thinking of banana bread when there’s not a trace to be found is nothing short of astounding. 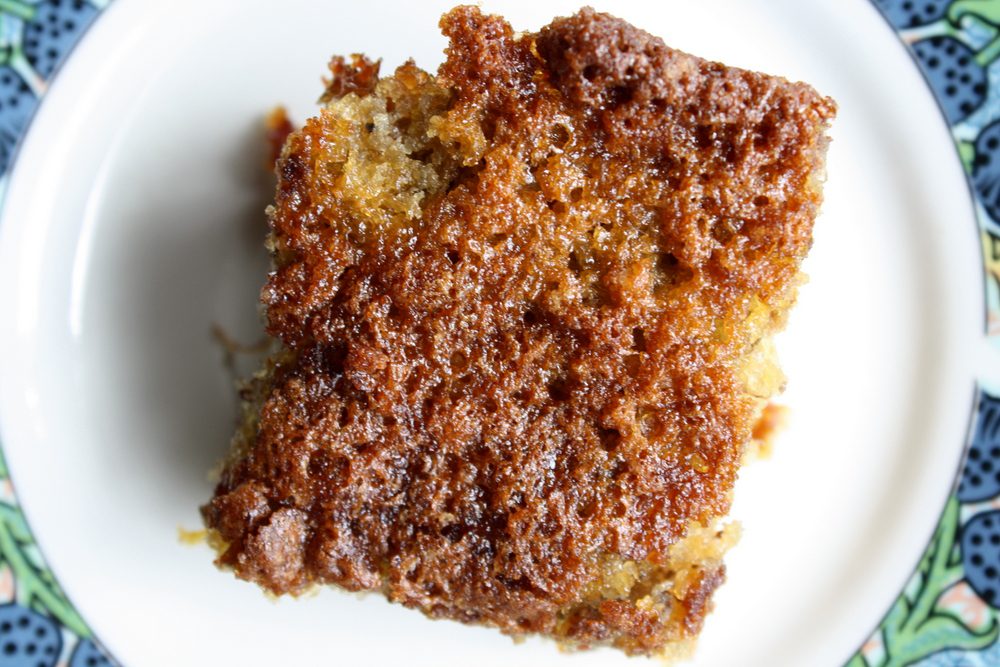 Here’s why I like it:
*It is dark and dewy. (I’d use the word “moist” but I know some of you would take issue.)
*The hot oven turns the edges and top almost caramelly.
*With its saggy middle, crunchy edges, and bubbly-hole-studded top, it’s charmingly rustic.
*It’s swoonily addictive. This is a good thing!
*No beaters; the batter is oil-based.
*Aside from a separate pan for mashing the bananas, it’s a one-bowl deal. 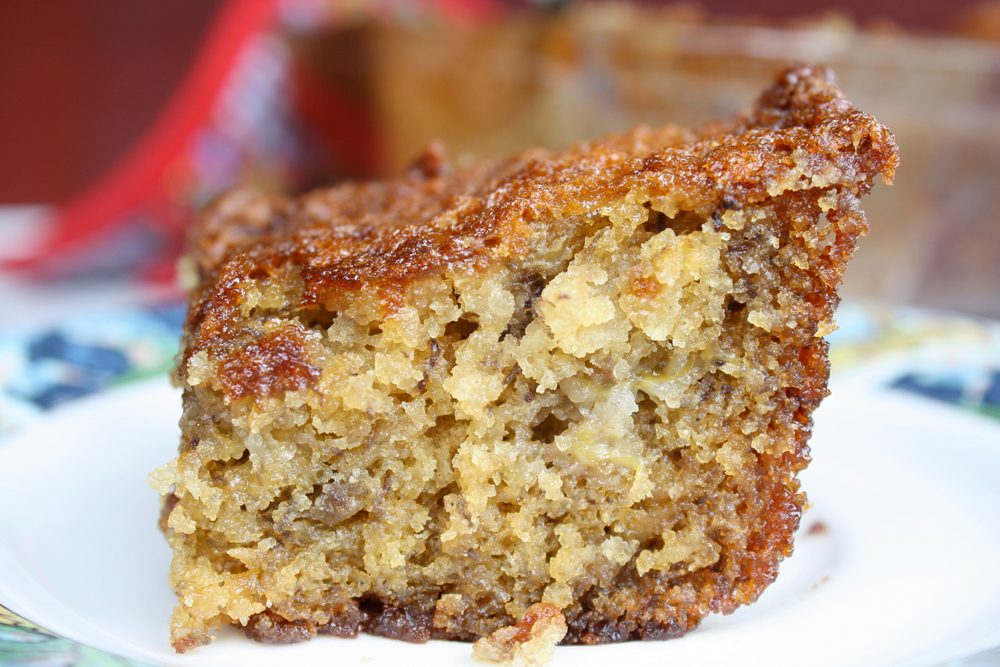 Just look at those candied edges!

The bread is supposed to be baked in loaf pans, but I used regular sheet cake pans. One recipe overflowed my 8×8-inch pan. A double recipe fit nicely in a 9×12 and a 8×8. In other words, use a pan that’s a little bigger than you think you’ll need.

I could detect a bit of a baking soda flavor in the first batch. In the following bakings, I dialed back the amount of soda and all was well.

Whisk together the eggs, sugar, oil, and bananas. Add the dry ingredients and combine well.

Divide the batter between several greased, small loaf pans (or one big loaf pan or a pan that’s a bit bigger than a standard 8×8 pan).

Bake at 350 degrees for 40-60 minutes, depending on the pan size, or until the bread is dark brown and an inserted toothpick comes out clean and the edges are pulling away from the sides. Cool, eat, and freak out. Join the club!