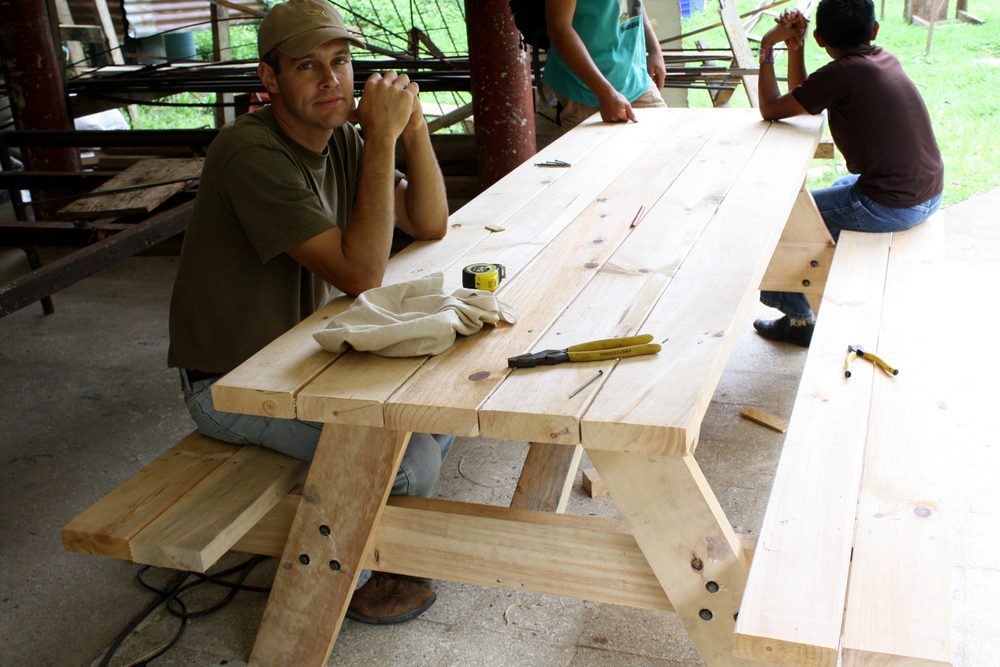 A youth group was coming down from the states so we had to come up with something for them to do. It took a little thinking but my husband finally had a bright idea: picnic tables! There are benches at Bezaleel and there are tables, but rarely are there tables with benches. Also, there are wide porches at the school, but nowhere to sit down. This has bothered us since the very beginning: we need places to sit and visit! The youth group would be coming with some money for a project, so after running the idea by the people in power, my husband ordered enough wood for four tables.

It only took a couple days to make them and they turned out gorgeous: large, spacious, and back-breakingly heavy (thanks, in part, to the still-wet wood) so that they can’t “walk off.” Nobody here had ever heard of picnic tables before. For lack of a better name, we’ve taken to calling them mesas del campo (country tables). 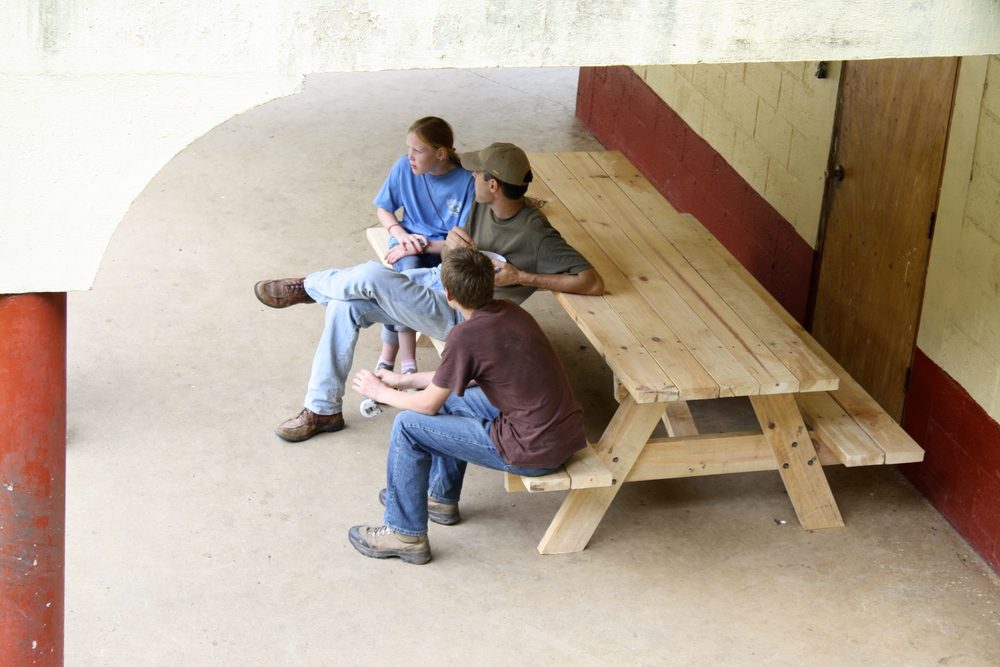 Everyone is in love with these tables. Like, crazy in love. One of the parents took pictures of them and wondered how much they cost. Kids keep pointing out places on campus where they need a table. In assembly this week, the director had to explain to the students that no one class owns their own table—rather, they are for everyone to share.

This little misunderstanding is probably my fault. After baking class
last week, I told the girls that the tables were really heavy, but if
they could carry one up to their dorm, they could have it. 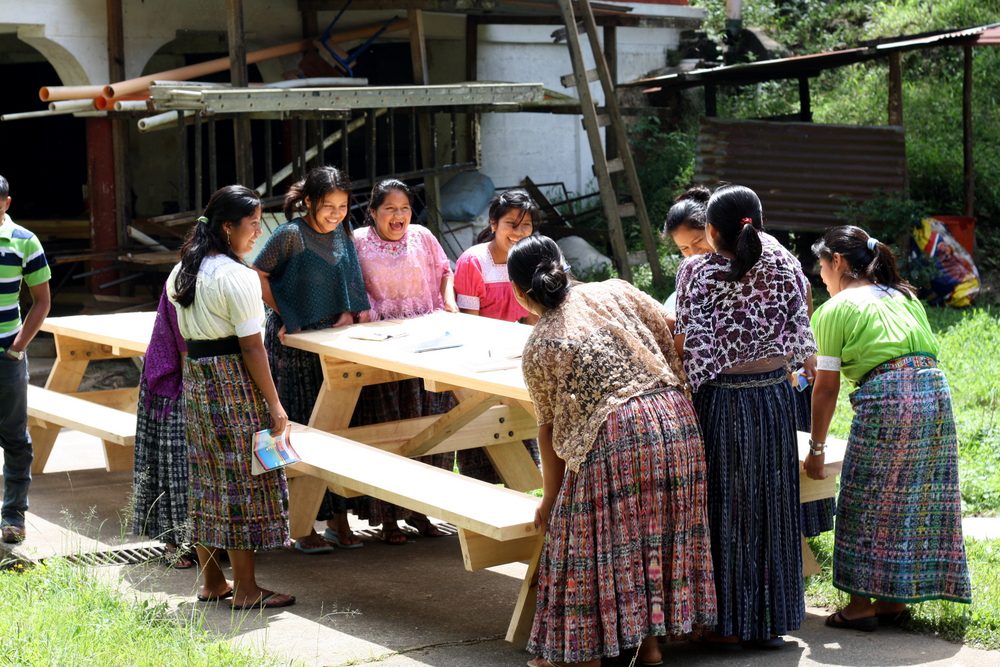 By “they” I meant the entire girls’ dorm, but they took my words literally. (Oops.) 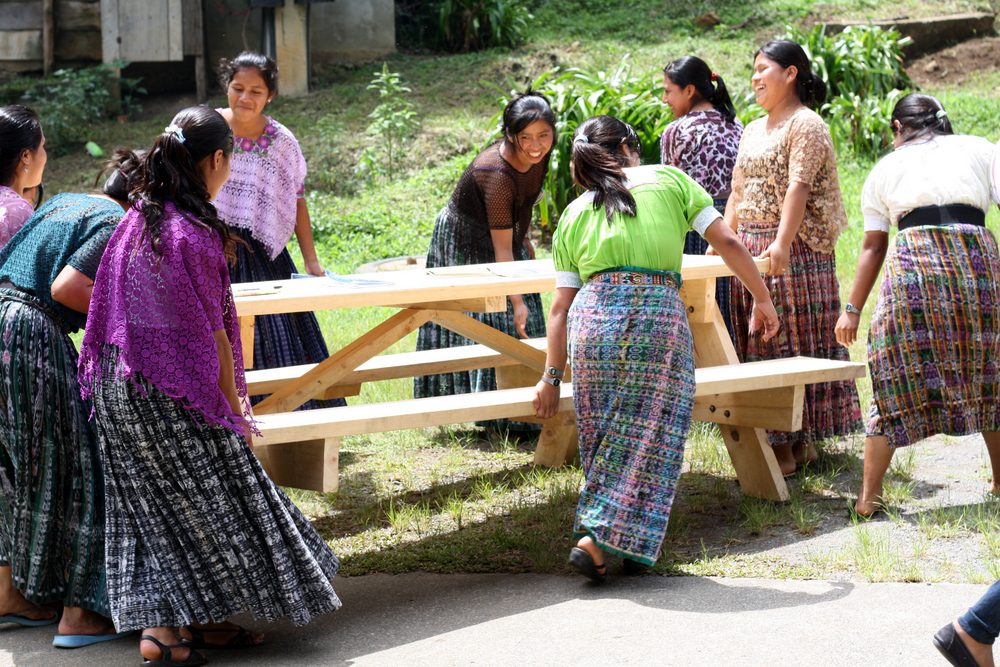 They strained and squealed and lifted and bit by bit that table moved up the hill. 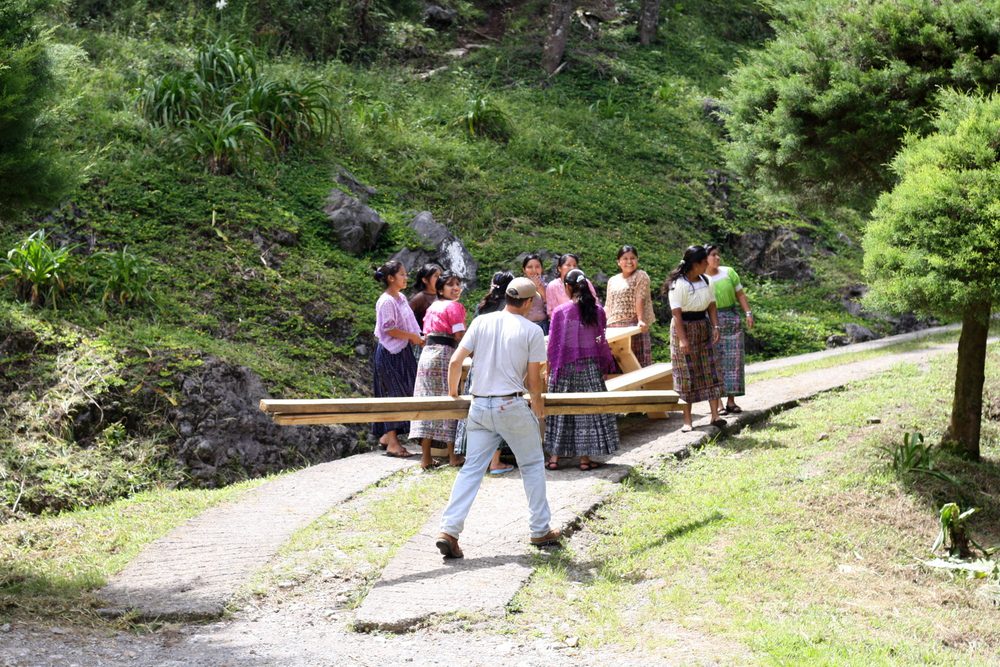 After watching them struggle a bit, my husband took some boards over so they could lift it more easily. 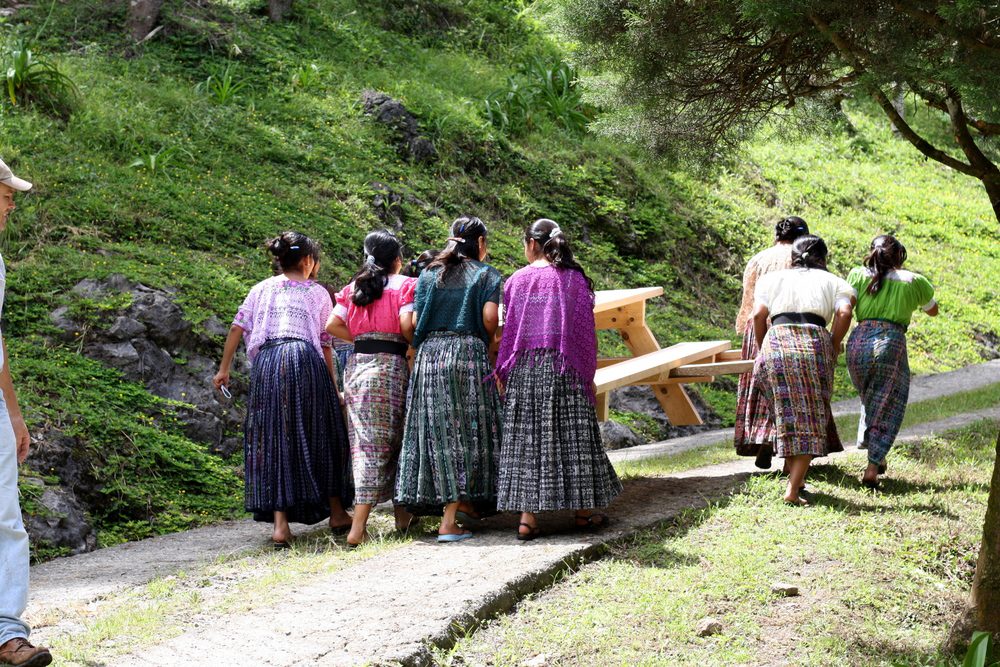 We could hear them screaming and laughing the whole way up the road.

There was some money leftover from the visiting group, so my husband is making two more tables this week. (When I called to check on his progress, he reported that he had already made one. It took him two-and-a-half hours.) The school leaders want him to make six more at the end of this month. 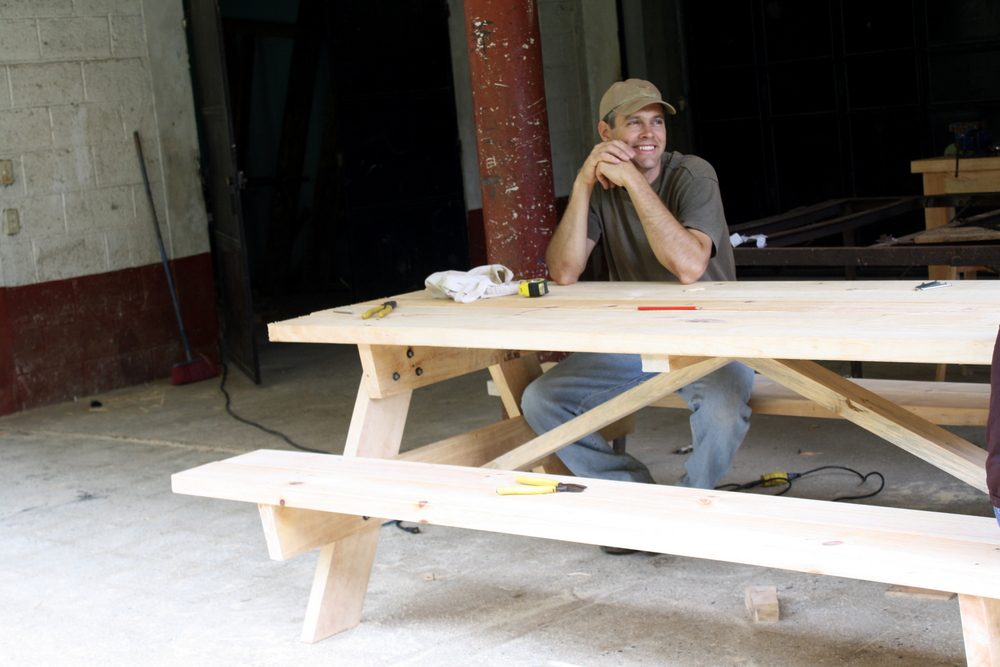 Way to hit the ball out of the park, honeyman!