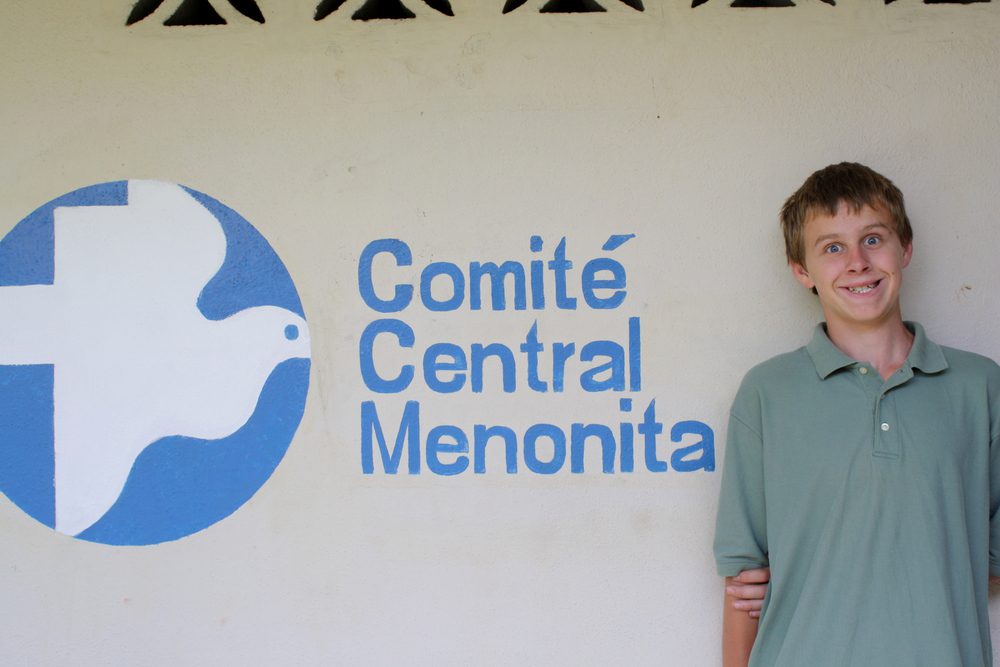 Continued from we’re back! and
rest and play: lizards! volcanoes! giant drinks

A year after we got married, my husband and I moved to Nicaragua to work with MCC for three years. Our job was a typical MCC job: learn the language and then work with a partner organization somewhere in the boonies. We lived eight hours (over very bumpy roads) north of Managua, almost to the Honduran border, in a community called Casas Viejas with about 35 or 40 other families. The first year we built our house out of mud. The second year we tried to figure out why we were there, bought a dog, and survived a hurricane. The third year we had a baby. And then we came home. That was thirteen years ago.

Those three years were some of the hardest years of my life. There was no phone, no internet, no running water, and no gringos. We were isolated, we fought a lot, and I struggled with depression. Our work was sporadic. Any job we did, we had to create ourselves. There was no direction and not much inspiration. I started a women’s group and while we had a great time together, our weekly meetings only used up 3-6 hours—I filled the remaining 34-37 hour work week with visiting, doing laundry, and wishing there was a giant TV hidden behind the wall hanging.

Still, we loved the people. They were uneducated, and we didn’t have much in common with them (talking about babies, weather, and corn crops gets dull after a bit), but they loved on us and claimed us as their own. When we left, we were relieved and sad (but mostly relieved). We promised we would visit, but we didn’t know when.

For years, we diligently saved money for a return trip. But we kept having children, and then we bought a house in the country, and swoosh, there went all our savings. We eventually came to terms with the fact that we would probably never get to visit our friends in Casas Viejas again. Giving up that dream was hard for me. I grieved its loss.

And then we got this job in Guatemala. In one of our first Skype calls with our country reps, they said, “We expect you to attend team meetings as well as the regional retreat that is being held this year in … Nicaragua.” We were beyond ecstatic.

So obviously, we knew from the very beginning that we would be staying in Nicaragua for a few days after the retreat. We had some people to visit!

About six weeks before our trip to Casas Viejas, I sent a letter to our community informing them of our impending arrival. We hadn’t had communication with them for years, so all I could do was give them our cell numbers and hope for the best. I searched for hotels in El Jicaro, the closest town, but couldn’t find any information either on line or in the guidebooks. Did the place even exist anymore?

As the time for our trip drew close, my anxiety levels reached a fever pitch. What if no one was there anymore? What if they had all died or moved away? What were we doing taking four children into the middle of nowhere?

“Look,” my husband said. “Everyone out there owned land. They are farmers. They haven’t gone anywhere. Relax.”

He had a good point. I did my best.

Day 10
We drive to the MCC house to show the children where our older son spent his first days of life. 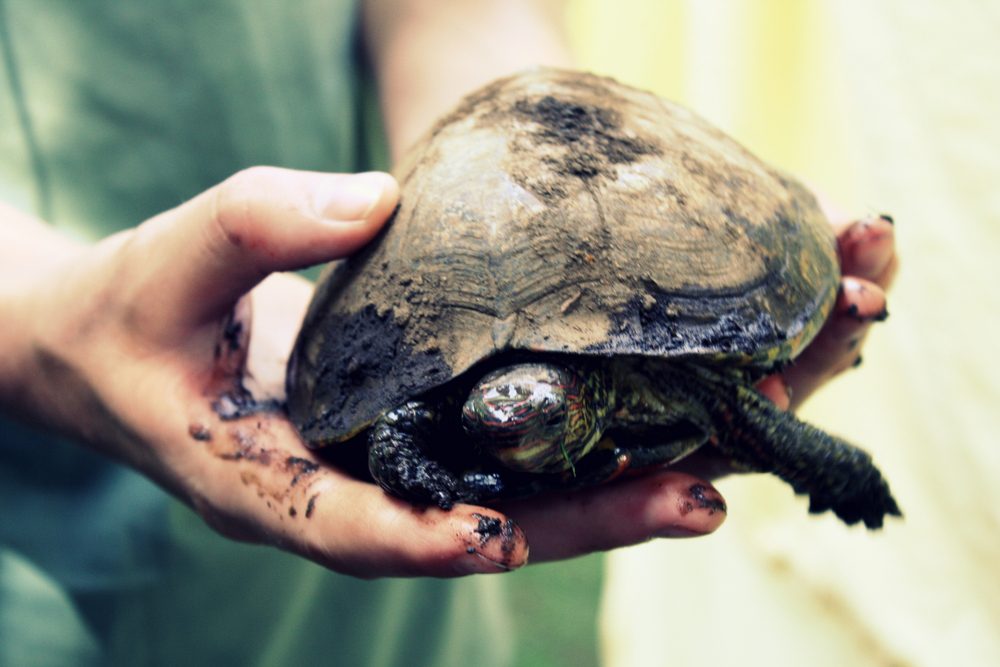 We stop by the lab where I first learned, via a blood test, that I was pregnant. The name of the lab is Inmaculada Concepción, I kid you not. 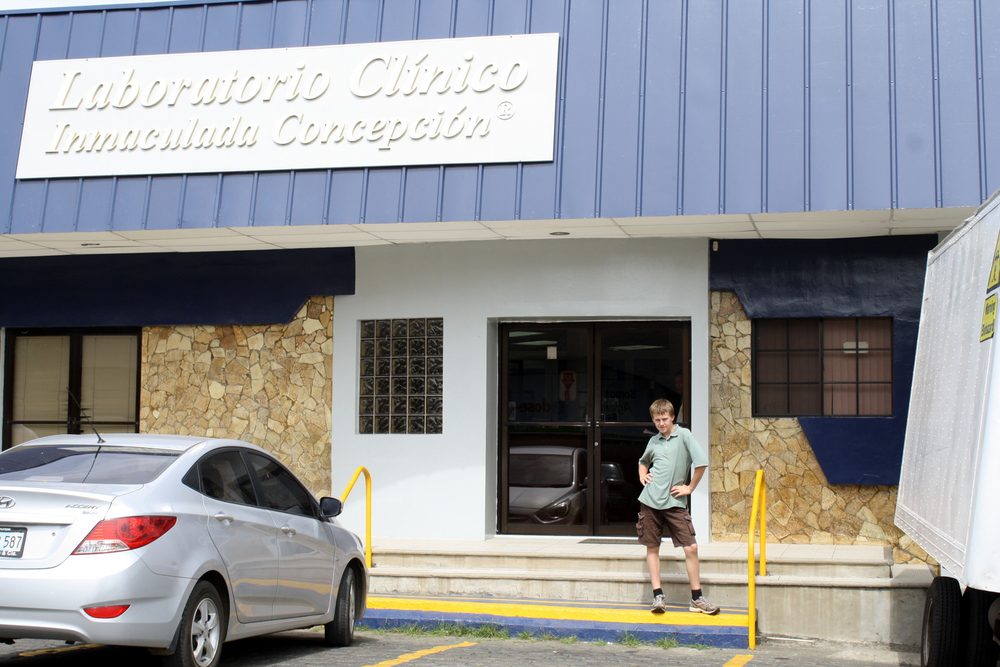 His was not an immaculate conception, I assure you.

We get donuts and cookies at a bakery around the corner, where I spent hours writing letters and trying to escape the heat. We buy tarp and rope to secure the baggage in the back of the truck, find city and country maps, buy our bus tickets for the return trip, and finally, finally, we head north. 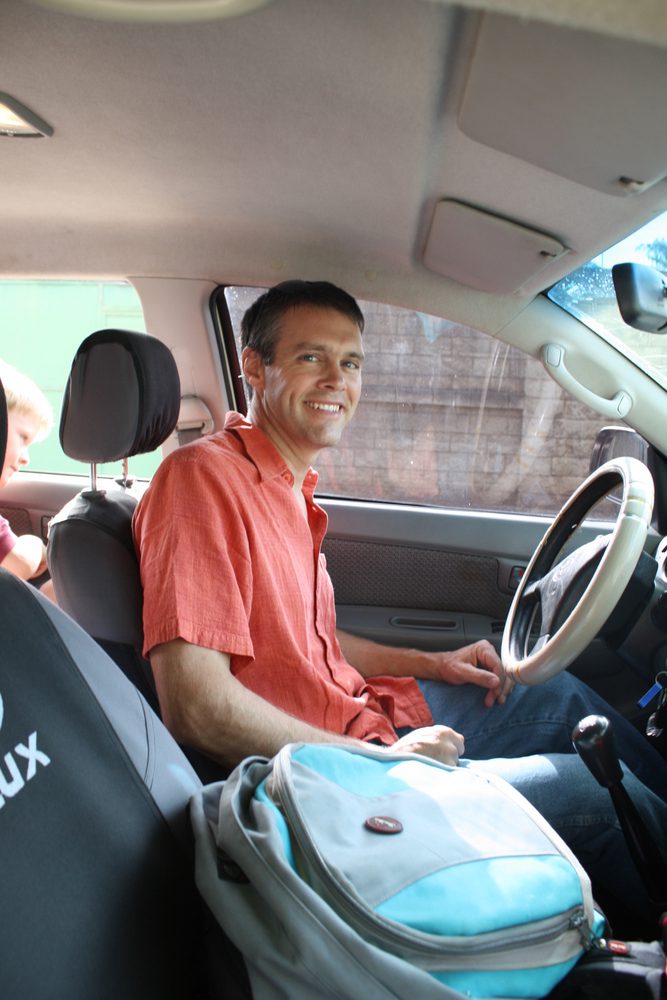 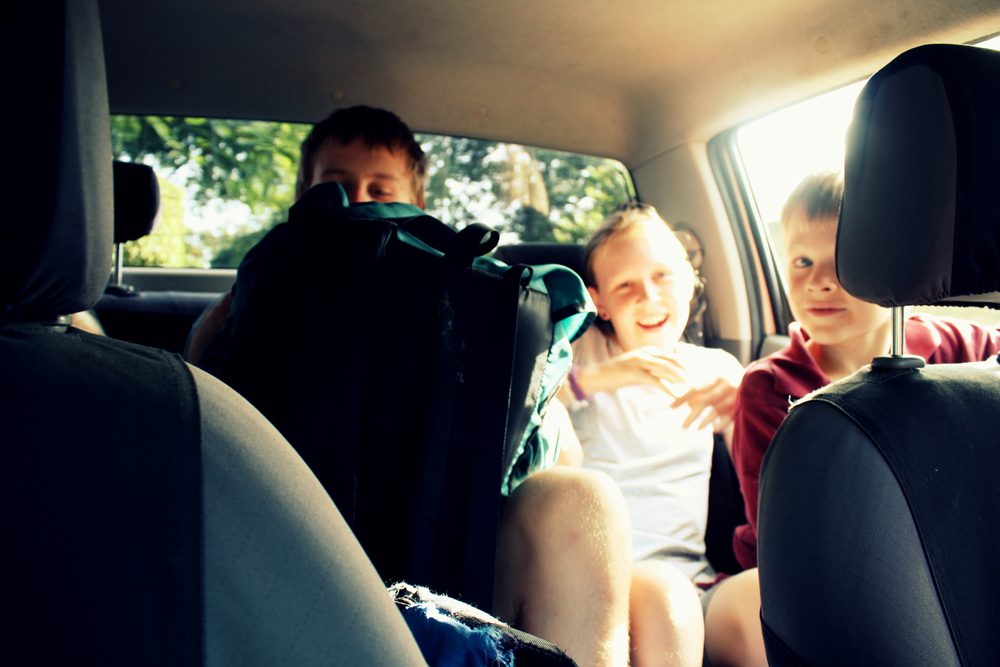 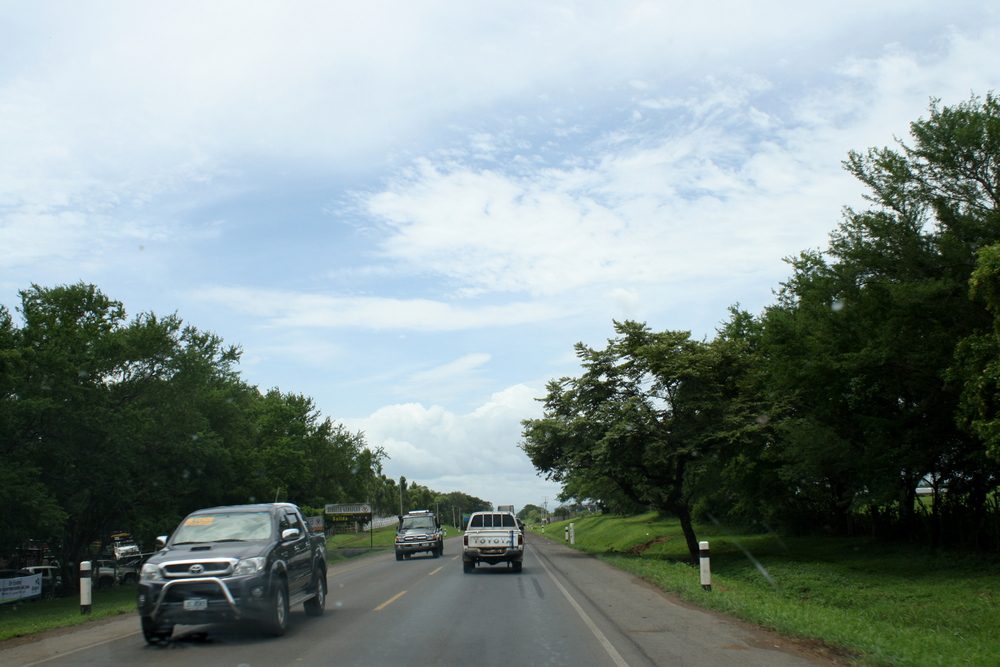 We zip through Estelí and then Ocotál. To our delight, the road to El Jícaro is paved! And it’s gorgeous!

“It’s like the yellow brick road!” my husband squeals, and then, “Look, there’s even yellow bricks!” 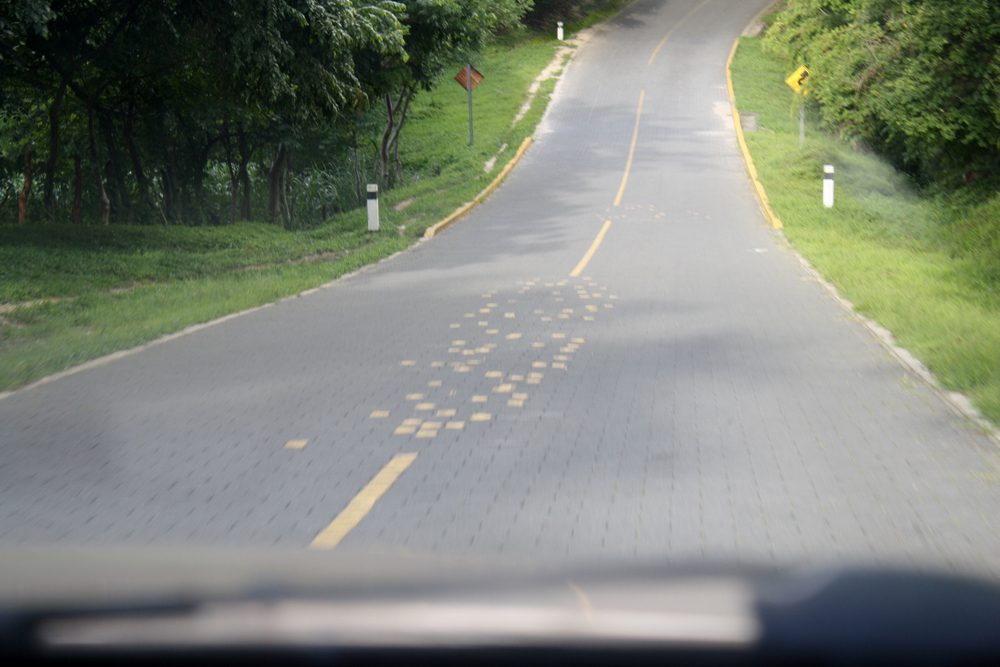 Sure enough, where they had to repair the roads, they dug up the bricks and then replaced them so that the yellow line got broken up and dispersed, giving the road a yellow-brick feel.

We see two (or was it three?) rainbows.I am not superstitious, but I take them to be a good omen.

When we get to El Jícaro (about five and a half hours after leaving Managua), it is almost dark. We decide to find a hotel and then head out to the community first thing in the morning. Despite what the guidebooks say (or did not say) we find a hotel. We get supper at a little comedor and then turn in for the night.

Sleep isn’t easy to come by, however. It is the anniversary of the Sandinista revolution and between 12 and 2, the quiet night is blasted to bits with explosives, horn-honking parades, and shouting people.

Day 11
I am up early, chomping at the bit, but it takes us a couple hours to get our act together and move out. We decide to leave our stuff at the hotel since we may, depending on how we find the community, need to sleep there again that night.

On our way out of town, we search for a panaderia (bakery).

(Note: it is a lot harder to buy things in Nicaragua than in Guatemala. On every street in Guatemala, there is at least one store, maybe five. Nicaraguan stores are few and far between, and they are a whole lot sparser. I had wanted to bring fruits and vegetables to give as a gift to the community, but in our excitement we had forgotten to pick stuff up. I figured there were surely be more of a variety in El Jícaro after 13 years—something else besides potatoes, carrots, and onions. But no. There is nothing. And finding a bakery is hard work.)

We weave back and forth through the side streets, following first one person’s directions and then another’s. Finally we get to the spot but see no bakery, only a woman in her housecoat sweeping the street. I approach her. “Excuse me, but can you please tell me if there is a bakery around?”

“Of course,” she says, and then stops short and stares at me. Hard.

She stares some more.

She leans in and then says tentatively, “Jenny?”

It is the sister and daughter of our dear friends! We don’t know her well, but she certainly remembers us. We laugh and hug, and when I ask if the community knows we’re coming, she says she thinks not. She’s heard nothing, and her mother would certainly have told her.

She assures us that everyone is there, alive and well. We head out of town, now more excited than nervous, but at the crest of the hill, we stop. There is an old woman who wants a ride. She is heading somewhere else, it turns out, but while we converse, a man jumps into the back.

The kids, who were all sitting in the back, scramble out and climb into the back of the cab. “That man is drunk,” they report worriedly.

We take a look. Sure enough, the man is woozily perched on the tailgate, a large, half-empty bottle of tequila in his hand.

We turn off the road and drive halfway around the block. My husband stops the truck, gets out, and says something to the man. The man offers him a styrofoam cup of tequila. My husband declines.

My son hisses, “You should get a picture, Mom!” (I don’t—the moment is a little too touchy for such shenanigans.)

The man drains the cup, shakes hands with my husband, and then follows it up with a first bump. The man gamely hops out and we drive off.