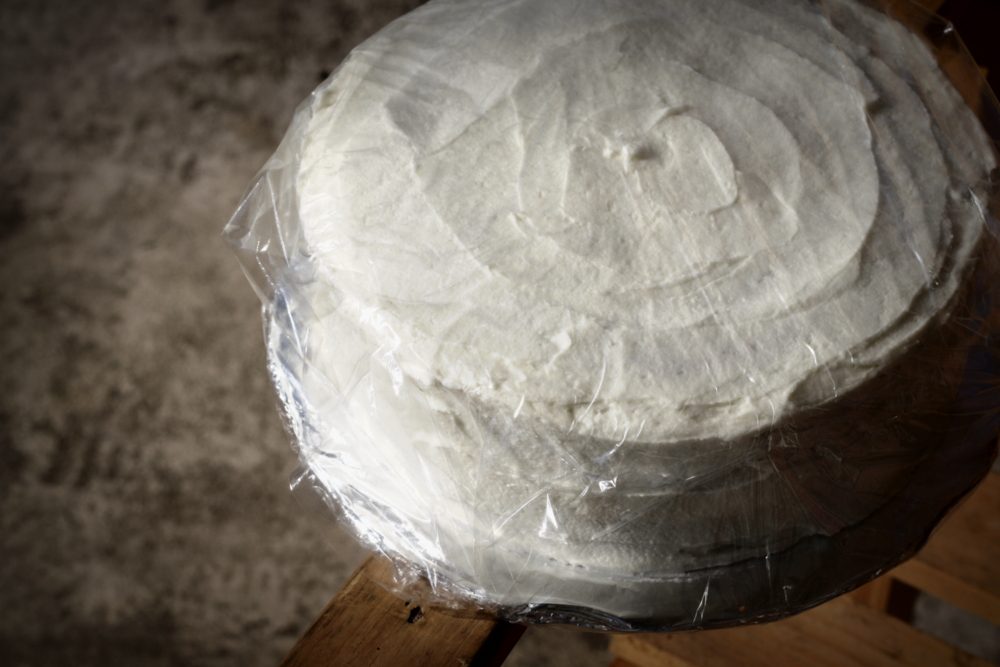 I always thought the only way to make real icing was with butter. Sure, I employed other methods—glazes with just milk or citrus juice for thinning and I knew all about the frosting made with egg whites—but the only honest method, the only method that had integrity, involved butter.

When I got to Guatemala and realized I’d have to make icing without butter, I had a suppressed panic attack. How do I make icing? No cake for nine months? I CAN’T DO THIS! Mommyyyyyyy!

No matter, with a shift in approach, icing would be mine. I would survive! 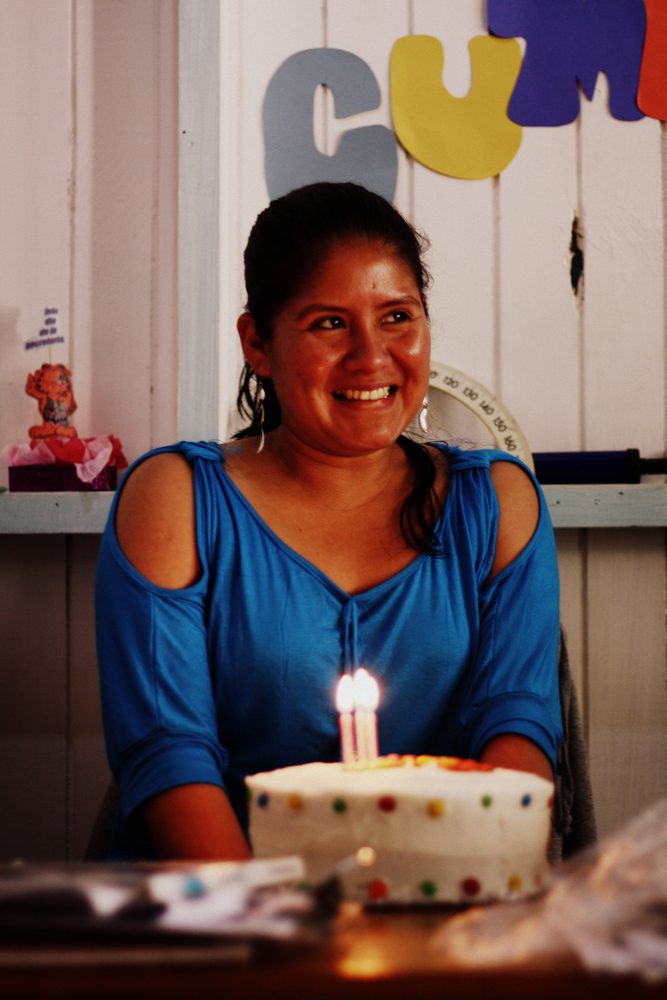 At first I found the new icing too sweet and hollow-tasting. It lacked the rich density of butter icings. But my discomfort with the icing disappeared almost immediately. I found I liked its fluffy texture, creamy sweetness, and pure white color. Thanks to white shortening, white sugar, and clear fake vanilla extract, the icing is stunningly white. 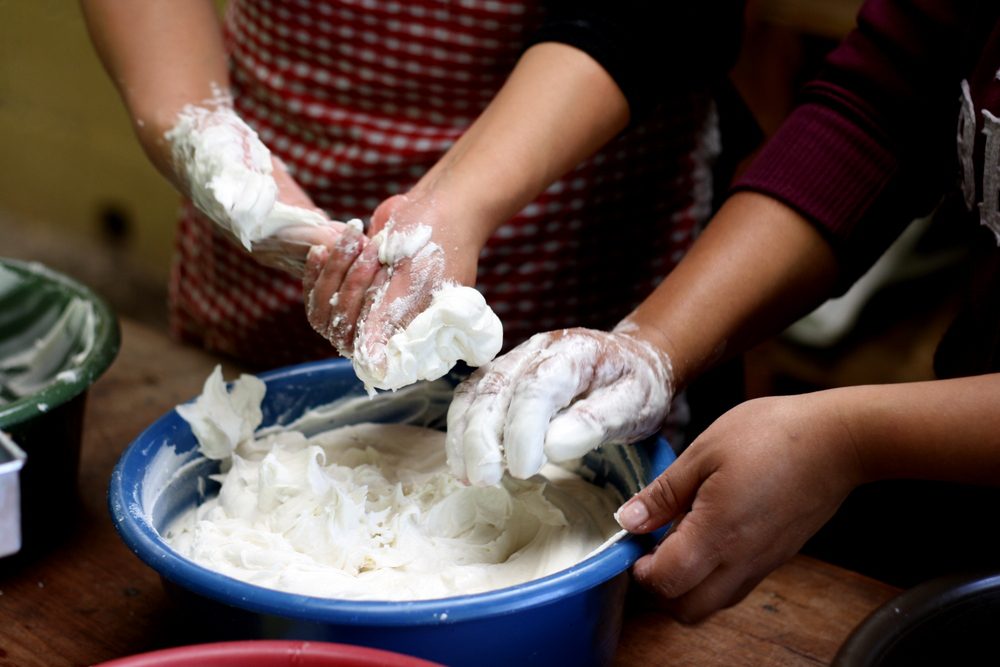 Who says you need electric beaters to make icing?

Actually, the icing reminds me of bakery cake icing (which I’m secretly fond of, shh, don’t tell), probably because they use shortening in their icings? 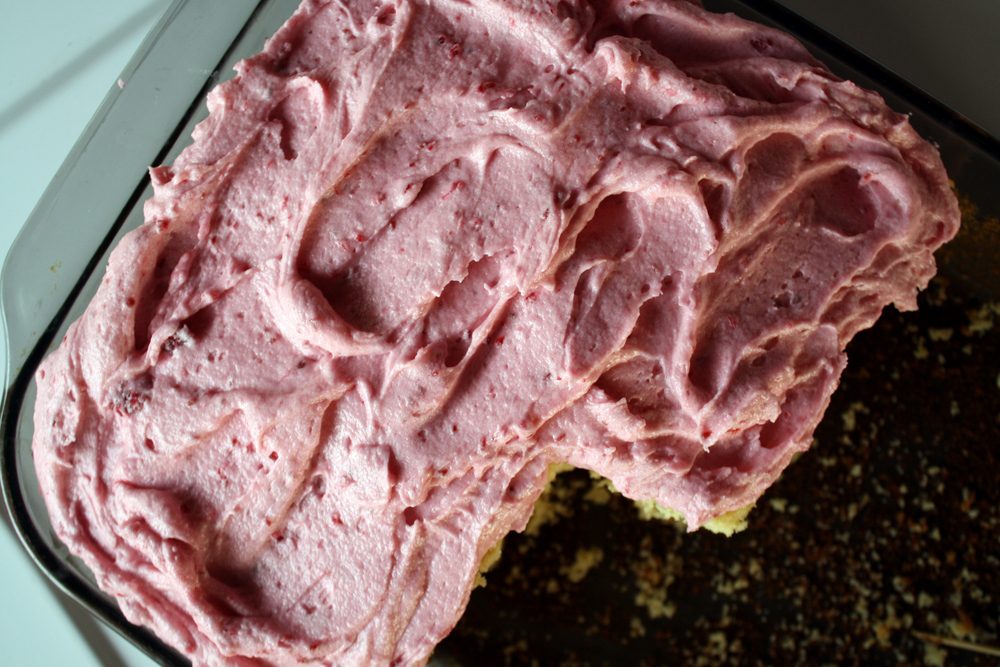 It’s easy to alter this icing to make a variety of flavors. I’ve made chocolate (though I forget how: cocoa powder? melted bar chocolate? oh well, either method would work) and another time I added a quarter cup of fresh blackberry jam that my daughter made with her foraged berries which resulted in a lovely pink, tart frosting. 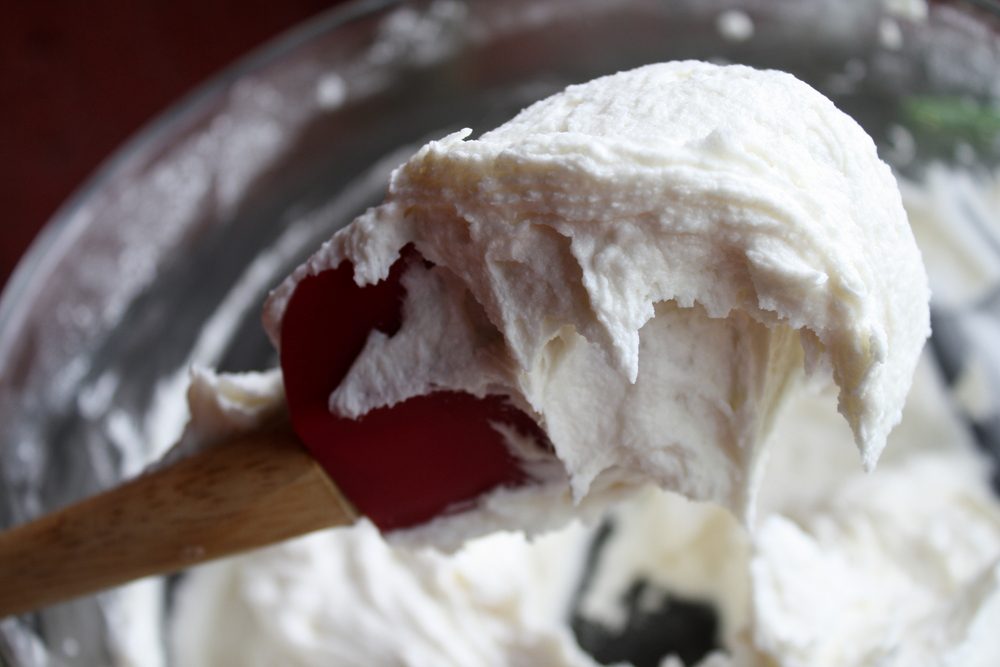 I use one tablespoon of fake vanilla extract per recipe. If using the real deal, one teaspoon should be enough.

Cream together the shortening, sugar, and vanilla. Add the milk, a little at a time, until the frosting is a soft and creamy and perfect for spreading.