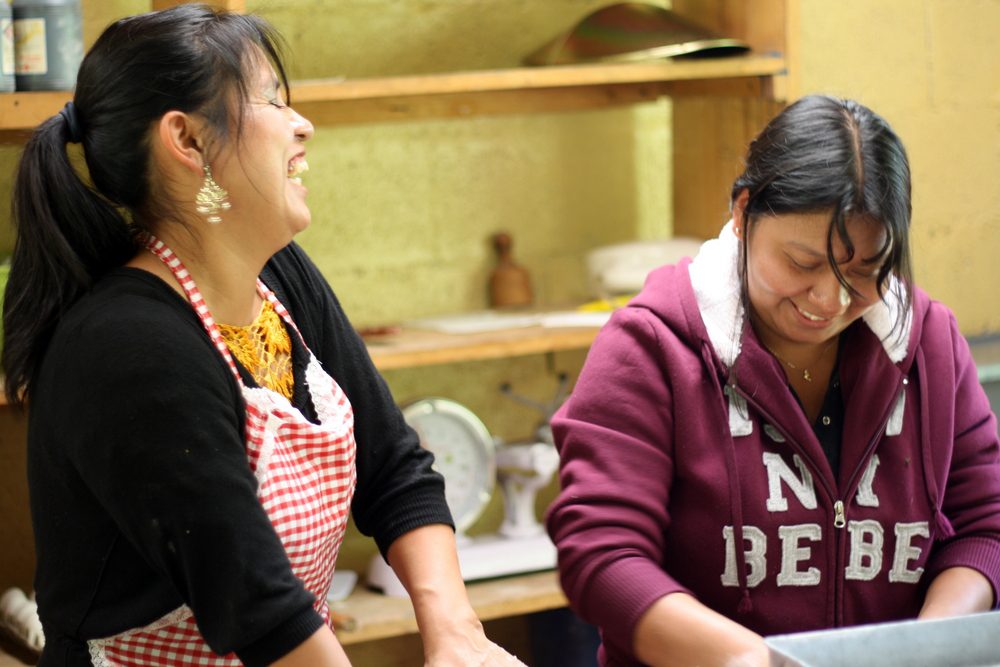 This morning I directed the teachers in the making of sixteen banana cakes and eight recipes of vanilla icing. I am now sick of banana cake.

We were supposed to make the cakes yesterday at three in the afternoon. In order to make my schedule mesh with theirs, my husband and I skipped work in the morning and instead ran errands in Cobán. Then we came home, unloaded groceries, and ate lunch and then I crashed on the bed for a (failed) nap while he headed in to school. Shortly after he left, I packed up my measuring cups and trekked in to central park where I met the children on their way back from school. We hustled across the market (the rain was coming) to the bus stop and made it to school just in time…to discover that the election for the Señorita and Mister of 2013 (one of the many activities included in these four days of festivities in honor of the school’s anniversary) had run late and they were just now starting the talent show that the teachers had to orchestrate and judge and would I mind working with the seventh grade girls on the cakes?

Um, yeah, as a matter of fact I would because this is the biggest baking to date, it’s late, and they have never baked with me before PLEASE DO NOT DO THIS TO ME. The teachers conferred and then asked if it would be okay if my regular baking students worked with me. I said yes (what option did I have?), so they sent my baking students over to help. However, only two willing souls showed up and the rest were fussy (that’s the Nice Word Version) but I can’t say I blamed them because they were supposed to be partying it up with their friends, not baking. After listening to them moan for a few minutes, I went back to the teachers and suggested that we maybe bake later? When the teachers had time? Like the next day? And they agreed, whew. 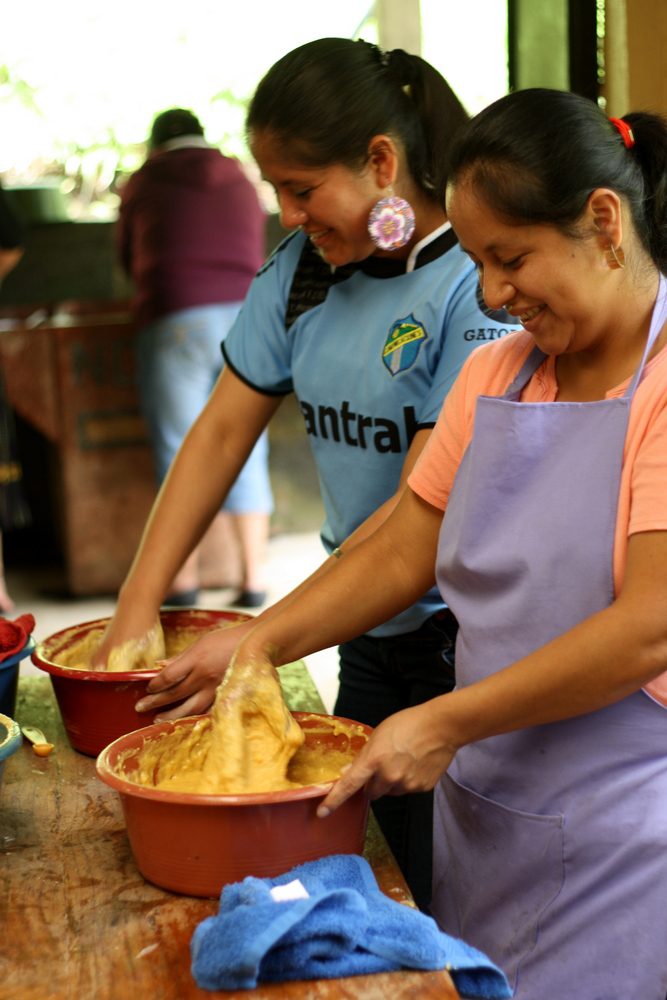 Working with adult women, even women who have never baked with me before, was like a dream. 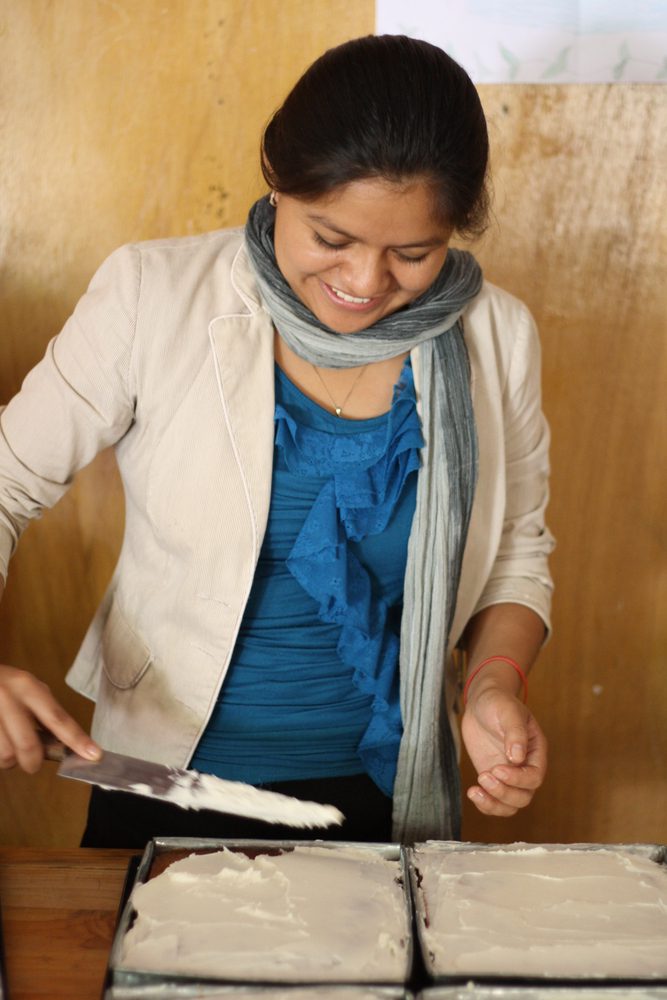 They followed instructions perfectly. They cleaned up after themselves and each other. They were calm. They shared. There was no bickering. There was no fussing. 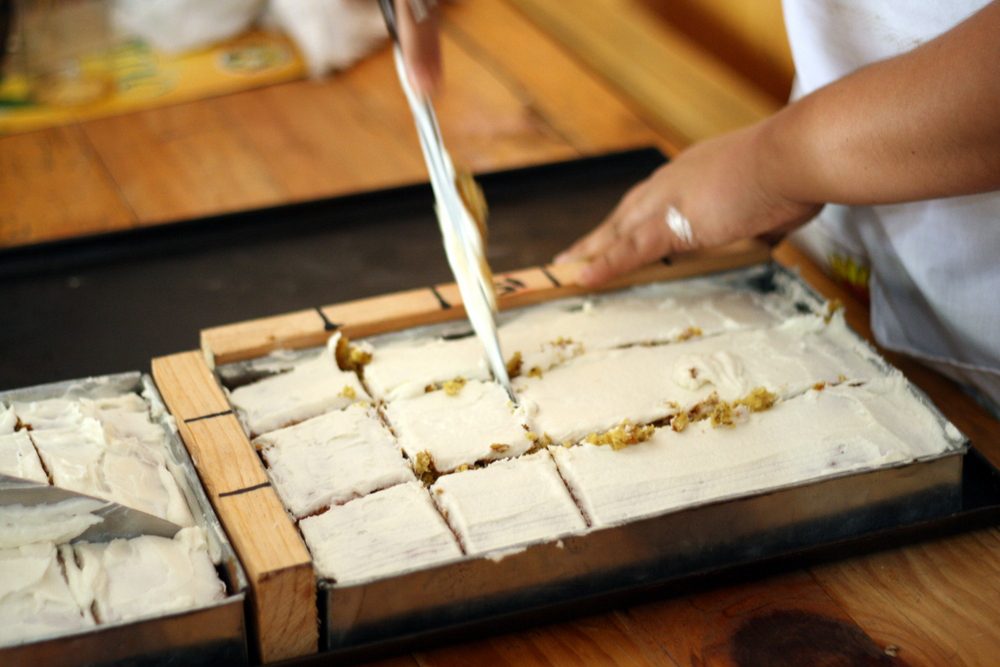 And the cakes turned out perfectly. 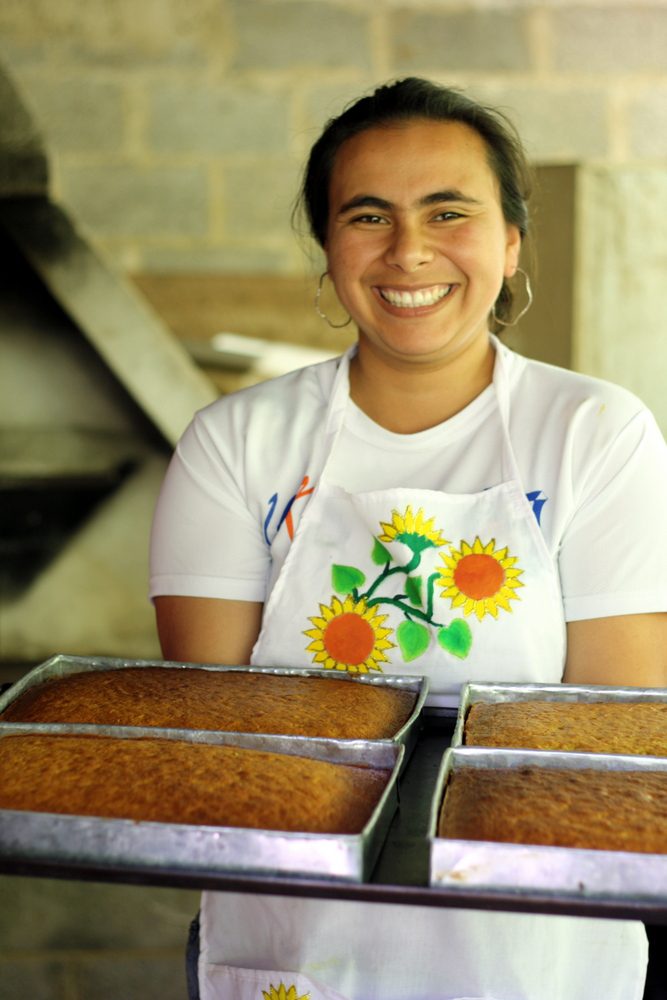 (I burned my arm while rearranging the cakes in the oven and Natalia went down to the kitchen to fetch me a tomato. Because apparently tomatoes are soothing for burns? At first it was nice, but then it started to sting so I discretely removed it. I also learned that onion peels are good for wounds because they stop the bleeding. Or so Natalia’s grandmother says.)

But hey, I sat down to write about chocobananos, not banana cake. (Help! Banana cake is taking over my life!) 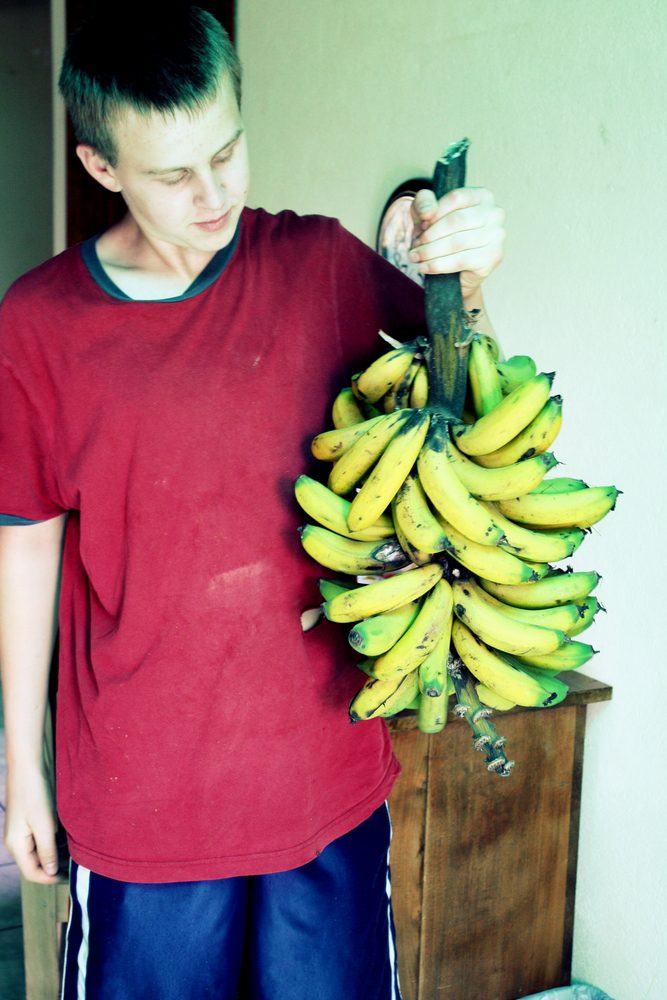 A little while back our landlord gave us a whole stalk (head?) of bananas. The initial thrill rapidly turned to dismay. What in the world to do with that many bananas?

I facebooked my little problem and got lots of wonderful suggestions. But anything that involved making more food from the existing bananas (like cake or smoothies) was a no-go. I needed a method to get the bananas to disappear lickety split. A greater quantity of food would just slow the process down. Note: after living in banana land for four months, eating them straight up was not a viable option.

Chocobananos—in which you put bananas on a stick, freeze them, and then dip them in chocolate—are hugely popular here. I was all excited to make them, but then I bought a packet of the chocolate coating and it was unspeakably horrible. 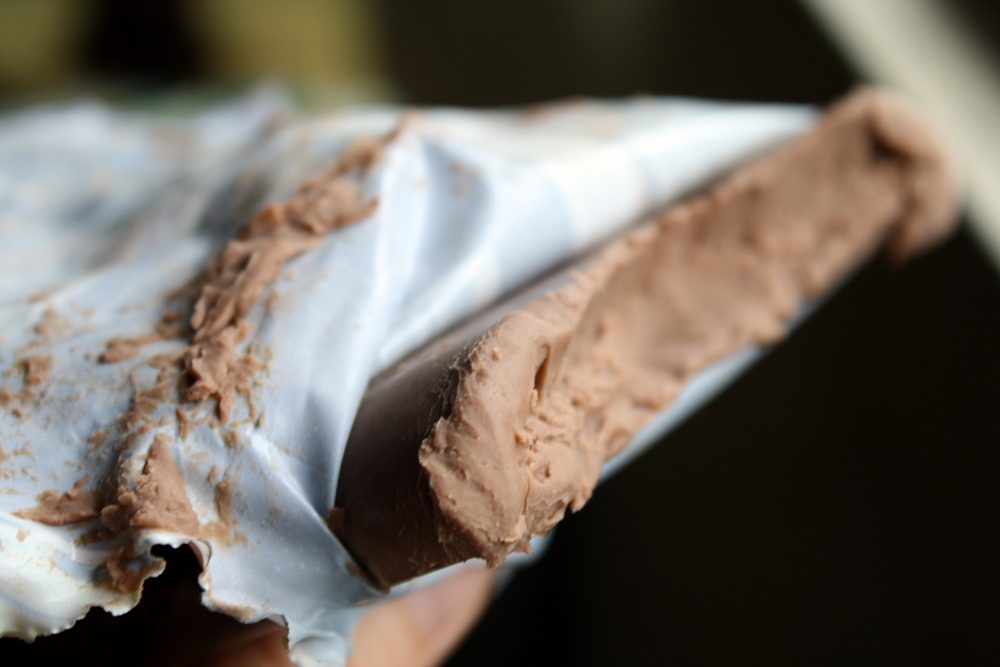 My one small nibble coated the roof of my mouth, my tongue, and my lips like castor oil and tasted only vaguely of chocolate. But the kids had eaten the bananas at the neighbors’ house and loved them. It was worth a shot, I figured. 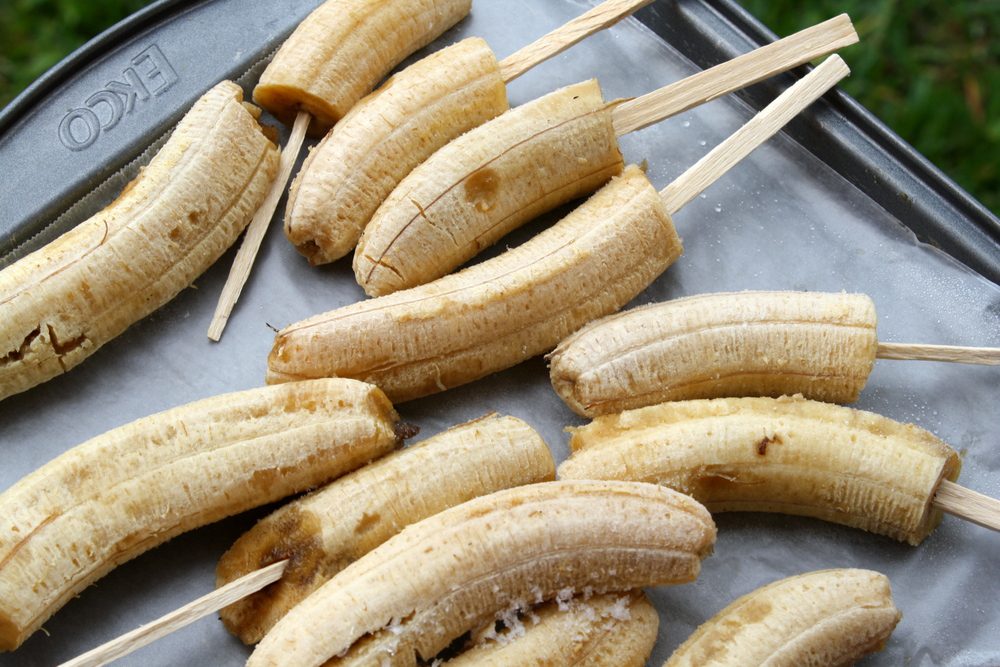 Somehow, miraculously, the resulting chocobananos didn’t resemble castor oil slicked frozen fruit. Yes, I could tell they were coated in a chocolate imposter but they were edible. And judging by the kids’ appetites, completely scarfable. 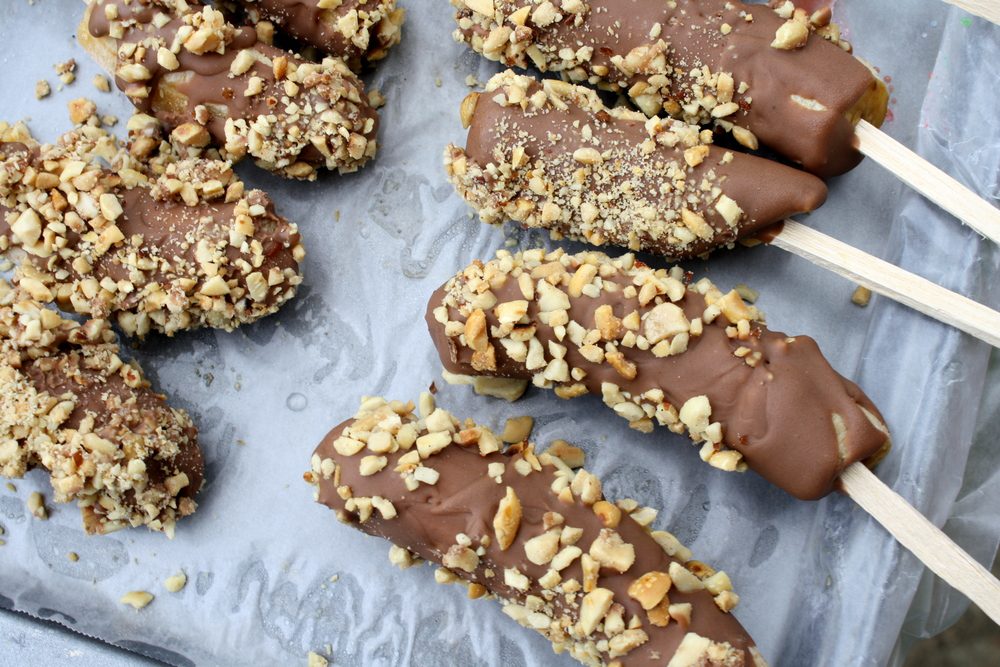 I rolled some of the bananas in chopped peanuts (yum) and others in granola (yum) and in sprinkles (not yum, but the kids loved on those so whatever). We had no trouble finishing off those bananas. 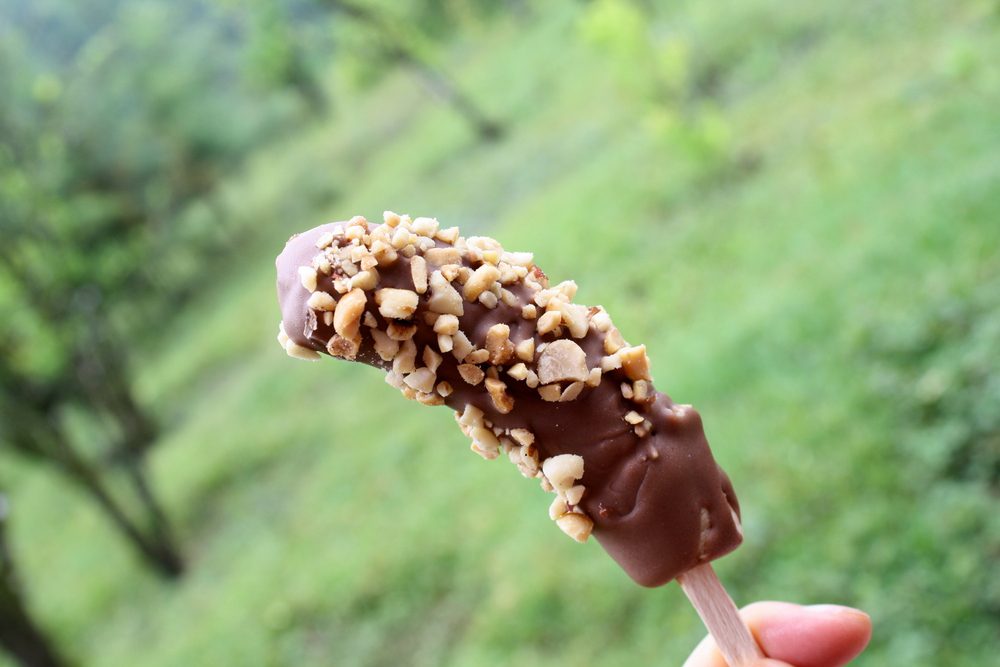 I have no idea how these would turn out with actual chocolate, so I’m linking up to a few recipes that use the real stuff: Martha Stewart, Epicurious, and Joy of Baking.

Peel the bananas and break in half. Pierce them through the heart via their cut side, lengthwise. Line a cookie sheet with wax paper and place impaled bananas on the paper. Freeze for 30 minutes. (With the kind of chocolate I was using, pre-freezing was optional.)

Any leftover chocobananos should be transferred to an airtight container or plastic bag and stored in the freezer.