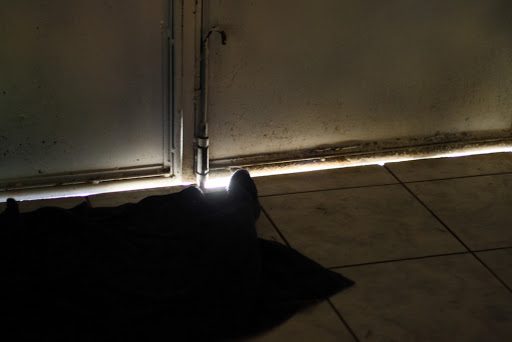 morning sun winking at us from under the door

The sun is shining, the sky is blueblueblue, and there’s a cheerful breeze. This morning, I washed my sheets, dried them on the line, and had them back on the bed by 9:15. 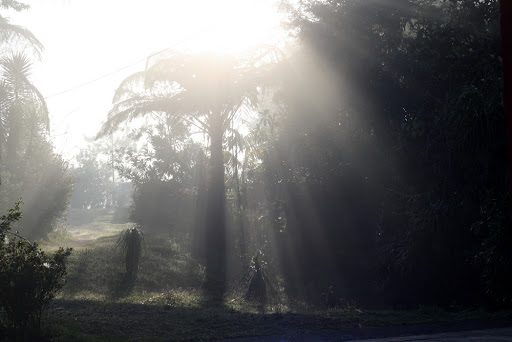 Yesterday, my husband traveled into Guatemala City and this morning he is picking up my brother at the airport, our first international guest, wheee! They will arrive home this evening, hopefully before the kids’ bedtime. Because, see, the children are so excited that there is no way I’ll be able to make them go to sleep if their adored uncle hasn’t shown up yet. (And it may be impossible to get to them to bed even if he has, though the fact that he will be dead on his feet might help speed things up.) I did warn the children that they would not be going through his bags tonight. (I did not add that I will be going through them after they are all asleep. Rumor has it that chocolate is in one of those bags, and where chocolate is involved, I can not be expected to wait!)

I woke up at five this morning. Laying in bed, listening to the wind terrorize the tin roof, I thought about the weather. And then I wrote a post in my head. It was very good and very profound. Too bad for all of us that now, a few hours later, I can’t remember exactly how it went.

Even though the weather is much more extreme in the states, it’s much more noticeable here because there is no buffer. In the states we have things like AC and central heat and cars with windows that work and insulated houses with rugs and no reason to be outside if we don’t want to. Funny thing is, we fuss about the weather all the time.

Life is rawer here. There is not a buffer to cushion us from the scrappiness of being alive. For most people, it’s hand to mouth every day. It’s taken me awhile to catch on, but this is why fruit and vegetables are sold ready to eat this very minute. Because that’s why people buy them—to eat NOW. There’s no storing up 50-pound sacks of oats (oh, how I miss my big sacks of oats!) or bushels of apples. There is no canning or freezing or preserving. There is no need to because fruits and veggies are in season year round, yes, but it’s also because the people don’t have the resources for such investments.

The other week, I stepped into a pharmacy in search of bandaids. The guy behind the counter placed a single band aid on the counter. “Twenty-five cents,” he said.

He looked at me like I was addled—who in their right mind needs an entire box of bandaids?—but then he got a calculator and figured out the price of the whole box.

Like band aids, everything is sold individually. One light bulb, one pen, one piece of candy, one banana, one ounce of coffee, etc. You buy what you need this day, right now, period.

Here are some other examples that illustrate this Lack of Buffer.

Things
In the States: it’s expected that things will work when you buy them. If they don’t, we are indignant. And returning them is such a stinking headache!

Here: it’s the norm for things not to work and there is NO return policy, not ever. (Why yes, the use of italics and all-caps do indeed indicate an elevated level of frustration, you astute reader, you!) The post-it notes don’t stick. The tape doesn’t stick. The envelopes don’t stick. (So NOW what, if there is no sticky tape with which to close the envelope?) Clothing falls apart. Extension cords don’t conduct electricity. Earphones don’t work. Therefore, it’s the norm for all electrical products to be tested in front of the customer (much like servers in fancy restaurants pouring a bit of wine into the glass for the patron to sample before making a final decision) to prove that they do indeed work, from hand saws to light bulbs. Also, always test pens before buying them.

Taxis
In the States (where I live, anyway): we all have our own cars, at least one per household and maybe three or four.

Here: not many people have cars and if you want to get around—and opt not to go by foot, bike, or bus—you take a taxi. This is a luxury, but the taxis are not.There are taxis that funnel exhaust directly into the back seat. Go above 25 mph, and many fishtail all over the road because the wheel is bent. (You know what’s worrisome? Sitting in a taxi and having a passerby point to the tire and yell some warning at the driver.) The windshields are cracked. The door handles don’t work (so you have to wait till the taxi driver gets out and opens the door for you—taxi drivers are the most chivalrous people in town!) The taxis have no shocks so they drive across the crazy-high speed bumps at an angle, and even then the cars sometimes get stranded, all four wheels spinning frantically like an upside down bug. (Okay, so I’m exaggerating. But only a little!) (And I’m not exaggerating when I say that we can sometimes feel the speed bumps with our feet as we pass over them!) Once, we rode in a taxi that had to back up and start over to make it up a little hill, and then, on the hill up to our house, it really didn’t make it up, so we all had to get out and walk.

Trash
In the States: trash is removed quickly and quietly disappears to Who Knows Where.

Here: trash is visible everywhere. We pass the dump on our way from Chamelco to Carcha. It’s a  whole side of a mountain, covered in smoking, steaming trash. The workers (and the people who live there) pick through the toilet paper and rotten food and leaky batteries in search of the recyclables, and at the entrance there are often big bales of plastic waiting for pick-up. (Recycling in reverse.)

Trash lines the roads, surrounds the houses, and coats the cornfields like mulch. People throw trash down, not out, even in their own houses. Then, once or twice a day, they sweep their living area, pushing the trash out into the yard or the street.

This post feels garbled, incoherent, repetitive, and clumsy. I am, however, leaving it as is because there are other things to say and I’m sick of polishing the same old thoughts over and over again. (You: That was polished? Me: SHUT UP.) Therefore, I’m making the executive decision that, for right now, anyway, it is better to write things down and get them them Out There than it is to hold on to them. Besides, my hunch is that the more I write, the more clarity there will be. I mean, if I talk about the dump today and then I post pictures of it in July and then you catch a glimpse of a loaded and low-hanging garbage truck (like a baby with a poopy) in a September post, it will hopefully all come together to present something that gives a good representation of Taking Out The Trash In Guatemala According to an MCCer. (Oh bother. Now this paragraph is one convoluted mess. I give up.) 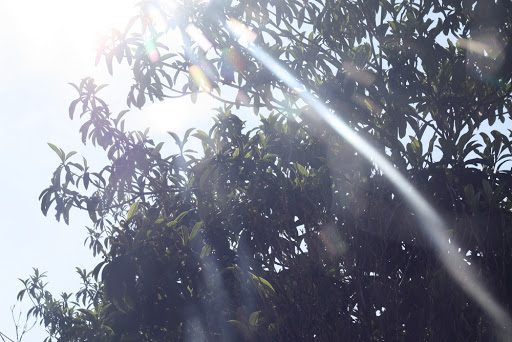 sun: through the cracked glass of my bedroom window

Written on Monday, March 18. My brother arrived and my chocolate basket is overflowing!