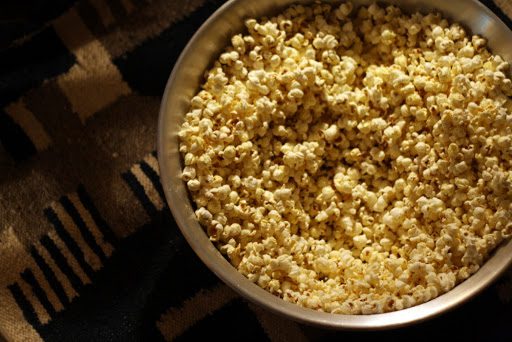 When we were stateside, one of our favored family traditions was Sunday popcorn and movie movie. We’d get a movie from Redbox or Netflix, and late Sunday afternoon, I’d commence with the popcorn making. Using my trusty whirley pop (bought in excellent condition for four dollars from a thrift store in Pennsylvania), I’d spend about half an hour cranking out batch after batch of popcorn—six in total, which is the equivalent of three cups of popcorn kernels. One batch was left salted and buttered, two batches were salted, buttered, and cheesed (with nutritional yeast), and three batches were salted, buttered, sugared, and spiced. Then we’d pile onto the sofa and my husband would tentatively bounce up and down and say, “This sofa is going to break one of these days,” and “we won’t be able to all fit on this much longer,” and then we’d start the movie and eat popcorn and apples till we bloated.

I contemplated bringing my whirley popper. I did, really. But then I thought, Nah, we’ll make do with kettles like they used to do in the olden days (like, back when I was a kid).

And that’s how it came to be that I’ve scorched batch after batch of popcorn here. I tried large, lightweight kettles and super-duper heavy-bottomed kettles and little teensy-tiny kettles. I tried stirring the popcorn until it started popping and then clapping the lid on and shaking wildly. I tried leaving the kernels to go about the business of exploding themselves undisturbed. I tried adding extra oil. I tried blue popcorn we brought from the States and regular yellow popcorn from here. Nothing worked. 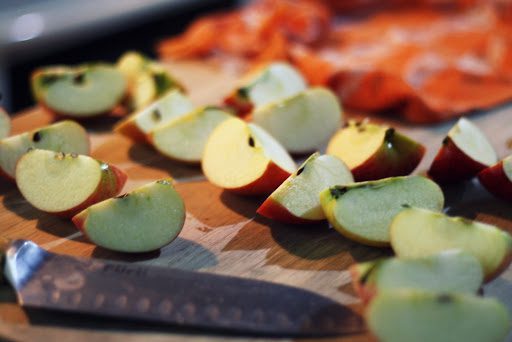 And then I experimented with my big, flat metal pan—success! True, it was so shallow that I could hardly pop any popcorn in it at a time, and true I had to shake it so hard my butt about fell off, but we were eating popcorn! 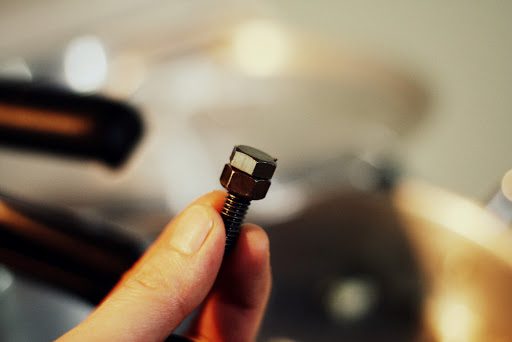 One night my husband, sick of watching my butt almost fall off, I guess, scrubbed a couple nails and added them to the pan of oily kernels. In the shaking process, the nails rolled all over the pan, stirring up the kernels just like my whirley popper. I didn’t have to wiggle my butt nearly so hard. The next time, he upgraded from the lightweight nails to some heavy bolts. 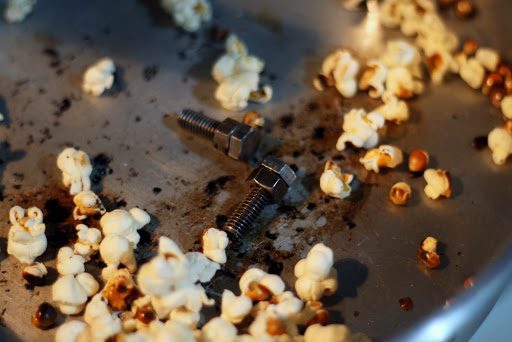 And so now, every movie night, I take the bolts out of the mug where they’re stored with our few precious twisties and rubberbands, plunk them into the pan of oil and kernels, and shake us up a bunch of movie night popcorn. 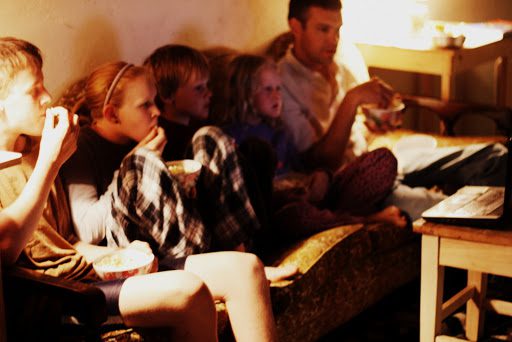 PS. I bet Amanda doesn’t have Bolt Popcorn included in her Year of Popcorn series!