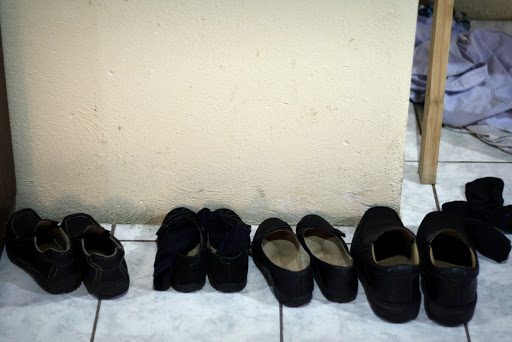 Big news, y’all! We, the forever homeschoolers, enrolled our children in school.

I kid you not.

This was not the original plan. We had intended to continue homeschooling, with me and my husband taking turns going to work. But other expats kept suggesting school. They’ll learn Spanish quickly, they said, and they’ll make more friends. As we settled into our home and began to get a feel for our surroundings and the work we’d be doing, the idea started to appeal to us.

We brought it up with the kids. At first, they baulked. “We don’t care about grades,” we said, “just that you learn Spanish and make friends.” Their eyes lit up.

All except for our younger daughter. She said, No way and I’m not going and You can’t make me so there.

And then I had a stroke of mother genius. The day I was to go visit the school, I told Resistant Daughter that she was the only one who could come with me, just her and me together, checking out the school. We took a tour and met with the directors. The staff oohed and aahed over her, hugged her, and told her not to be afraid. By the end of the visit she had decided that she wanted to go after all. 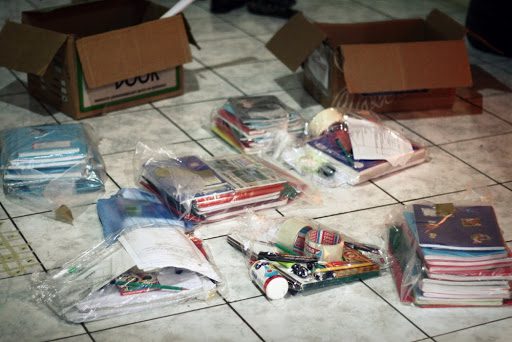 The students are given very specific requirements for materials, down to the ounce-amount of glue
and the color of notebook. The woman at the bookstore covered and labeled each notebook.
And then she delivered it to our door!

So last week, we set about filling out paperwork, buying uniforms and loncheras (lunch boxes), depositing money (oof!) and obtaining supplies, all under the generous tutelage and assistance of the former MCCers (who still have two children in the high school there).

All week long the girls kept dressing up in their uniforms. The excitement mounted. 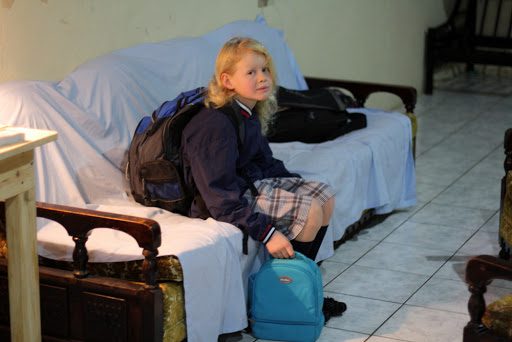 This morning we woke them at 5:30. Resistant Daughter was up before us, chomping at the bit to get going. 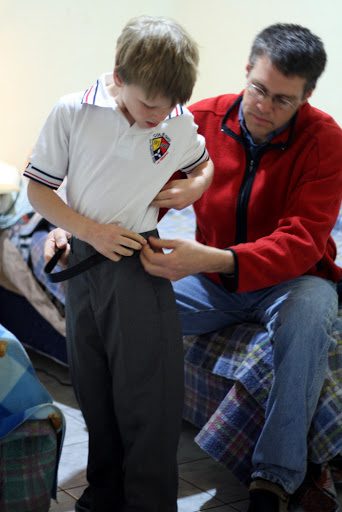 I packed their loncheras with bananas, brownies, and cheese-lettuce-and-tomato sandwiches. I gave them three pieces of candy each: one for you and two to share with your new friends. I stuffed rolls of toilet paper in their bags in case there wouldn’t be any in the bathrooms (which is normal here—it’s BYOTP everywhere you go). 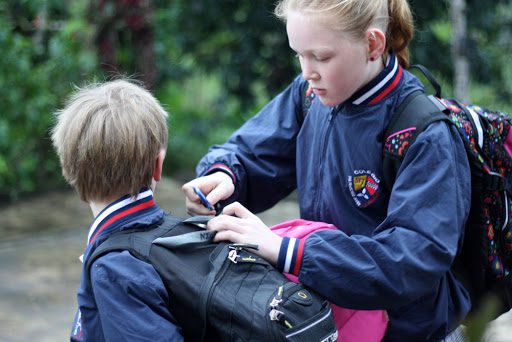 While we waited for the taxi to arrive, I took pictures. 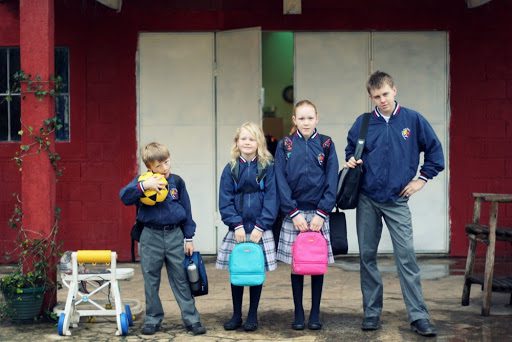 We still haven’t worked out the transportation piece, but between buses, taxis, walking, and neighbors who also attend, we’ll figure something out. 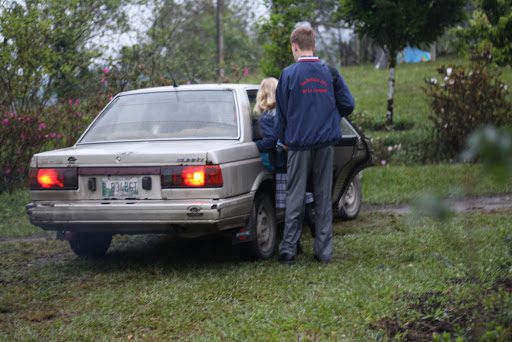 On the way there, we reviewed basic phrases: buenos dias, lo siento, compermiso, baño, por favor, etc. We did some deep breathing. We pumped them up with encouragements.

I went with each of the children to their rooms and introduced them to the students who were already milling around. I informed the group, my eyes big, that my daughter (or son) didn’t speak any Spanish and needed lots of help. In my older daughter’s 6th grade class, the students rushed to find her a desk. When I left the room, there was a small crowd around her chattering happily.

The same thing happened with my older son and younger daughter—they were greeted merrily (though my poor son was mortified because he had worn his standard uniform and all the other kids were wearing their gym uniforms since it was gym day).

But it was a different story with the youngest. Although the kids swarmed him there, too, the girls mothering him, fixing his chair and showing him where to put his lonchera, and the boys explaining to him in clear, slow Spanish that they were going to teach him how to talk, my boy just clung to me and hid his face in my sweater. And then he broke down and sobbed. After much work, I finally got him to sit at a desk and share a math book with the boy beside him. I explained the problems and gave him some paper to draw on. Then I slipped out.

My husband was waiting out by the gate, his eyes watery. “Are you sure we can go? Can we leave him? Will they be all right?”

“Yes,” I said, laughing at him. “They’re fine. They can do this. Come on.” I grabbed his hand and drug him down the drive to catch a bus back to town.

We spent our morning visiting Bezaleel, shopping, buying bus tickets, and doing laundry. And now it’s time to go pick up the children and then go get donuts (or maybe ice cream—it’s hot today!) to celebrate. I can’t wait to hear their stories!