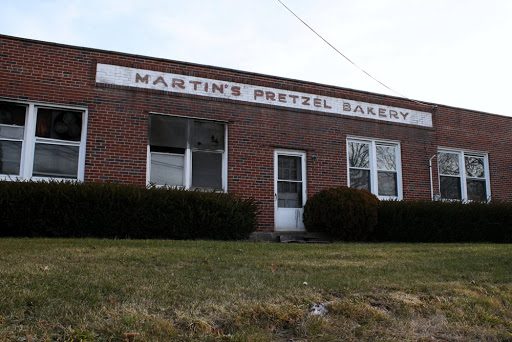 One morning last week during orientation, we got the kids up a little earlier than usual so we could head over to a local pretzel factory before the morning’s first session was due to start.

When we pulled up across the street from the beat-up looking factory, loud singing was pouring out through the vents and open windows. The workers, mostly old order Mennonite and Amish, often sing hymns while they work. 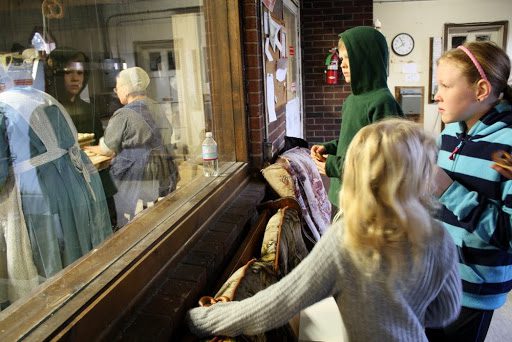 We made our way around to the back of the factory and entered a dingy room filled with ratty sofas and chairs. Along one side was a large plate-glass window through which we could see the whole operation. One of the workers came out to see if we were there to buy or watch. I said, Both, and is it okay to take pictures? She said yes. Another worker brought us pamphlets describing the pretzel-making process, and another brought us pretzels fresh from the oven and not yet hard. Then we were pretty much left alone to observe. 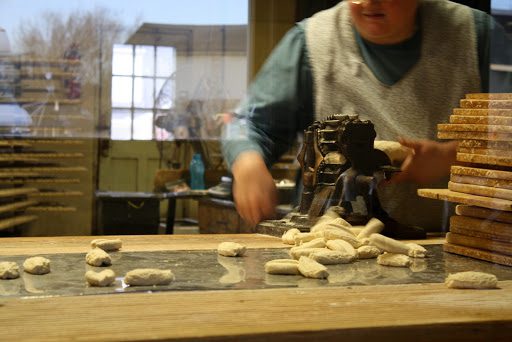 The hand-cranked cutting machine. It cuts twelve pretzel-sized lumps of dough per rotation. 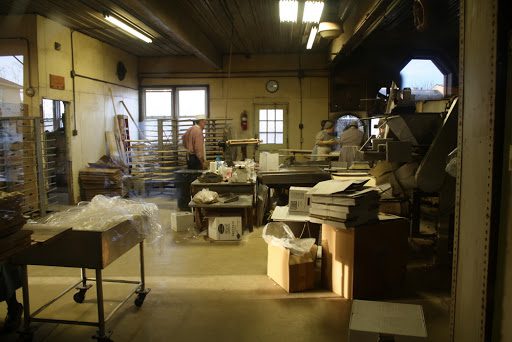 Soon the workers poured into our little room for their 8 am break.  While they ate giant slices of cheesecake (out of hand, like we eat pizza), they quizzed us on our names, whereabouts, Guatemala, etc. In turn, I found out that someone picks them up in the morning and drives them to the factory and that some of them have church connections in Mexico.

Their break over, I resumed my camera clicking. Soon, one of the workers stepped back in to see if I wanted to come into the room to get better pictures. The man running the oven came over to chat and I asked a few questions about the process. The pretzels get a bath in sodium chloride, bake in a 550 degree oven for 10 minutes and then move into a 200 degree oven for another hour. 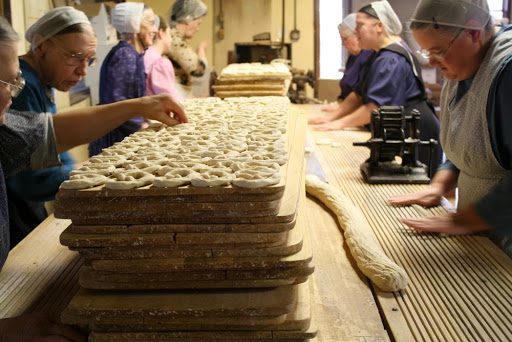 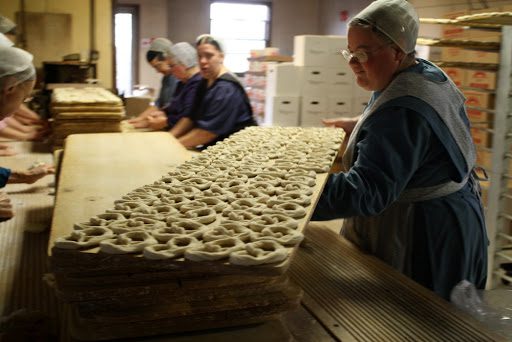 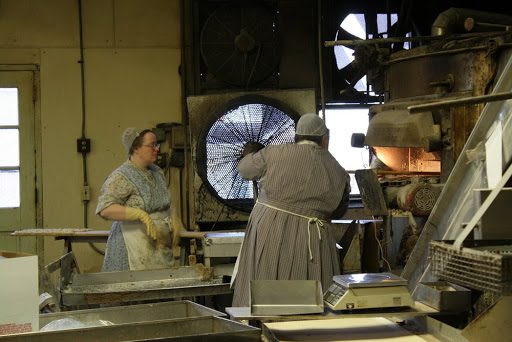 Dipping the pretzels in the caustic soda and then sliding a paddle-full into the oven. 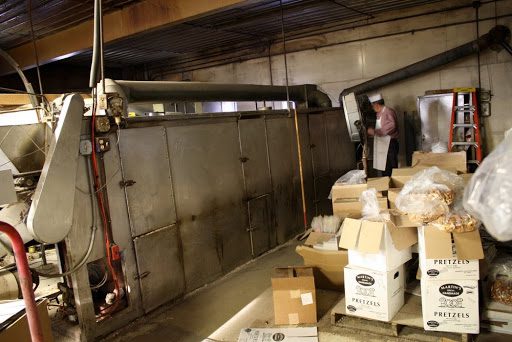 One of the women hand rolling the pretzels asked if I’d like to give it a go.

“There’s a sink over there,” she said, and just like that I found myself in the line of workers, struggling to master the art of pretzel twisting. 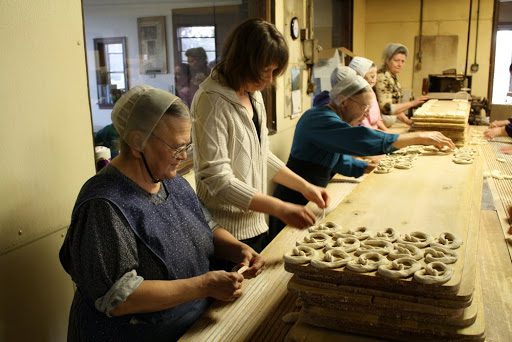 It’s a lot harder than it looks! Most of my pretzels had to be touched up by the professionals. 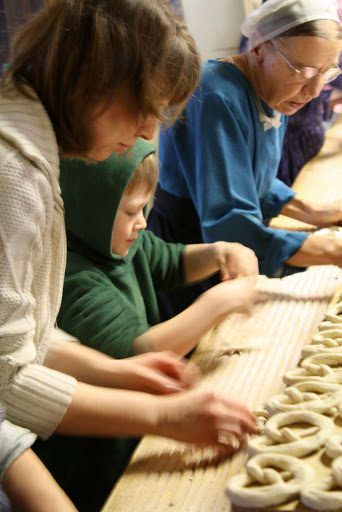 Before I knew it, the whole family was in the work room. My husband had taken over photography duties and two of the kids were attempting the roll and twist. 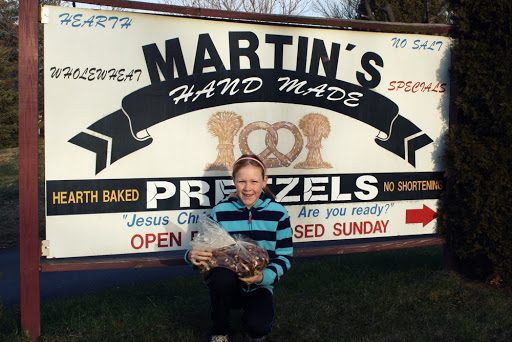 Before we left, we bought a four-pound bag of broken pieces for just six bucks—some of the best pretzels ever.