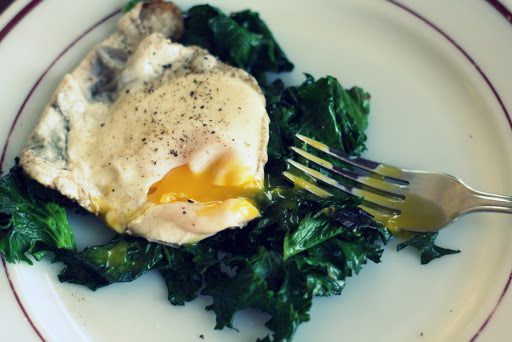 Kale.
It makes me feel like a whole person. 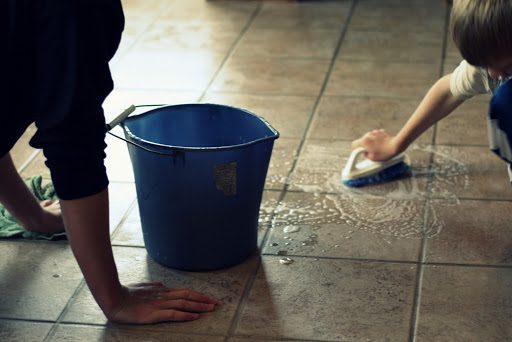 Floor scrubbing: one of the many household tasks that I no longer do. 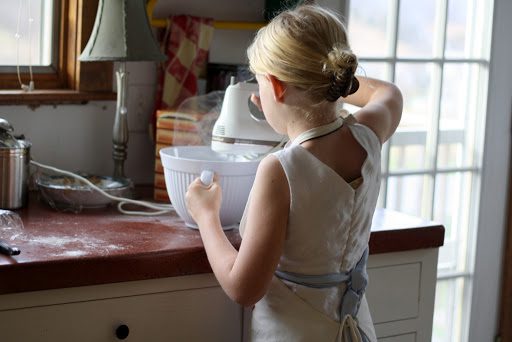 In our house, we dress up to cook.
Because I have really high standards. 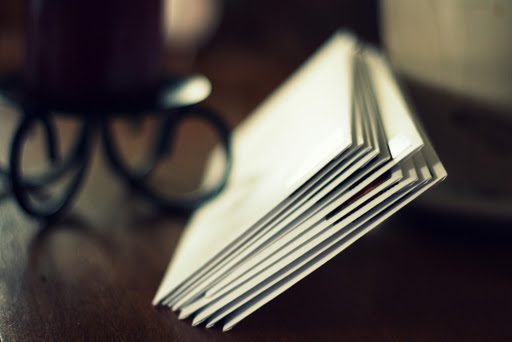 Yet another mailing, ready to go out to family and friends. 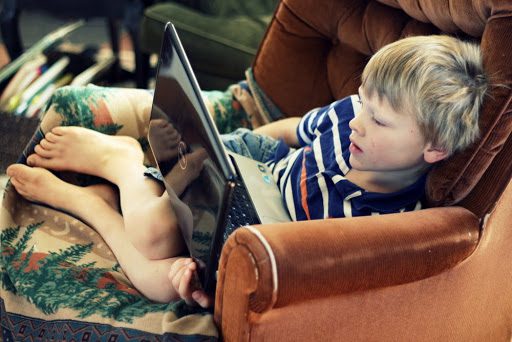 Holding the computer on his lap helps him to stay still. 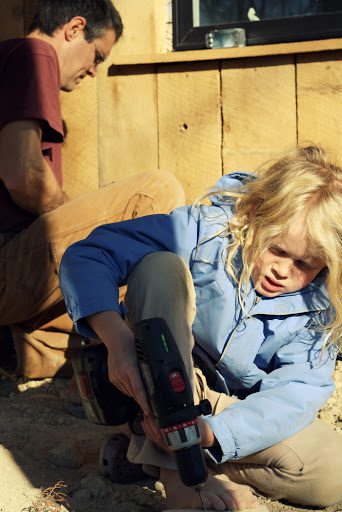 Working on my parents’ house.
It’s going to be stunning, if I do say so myself. 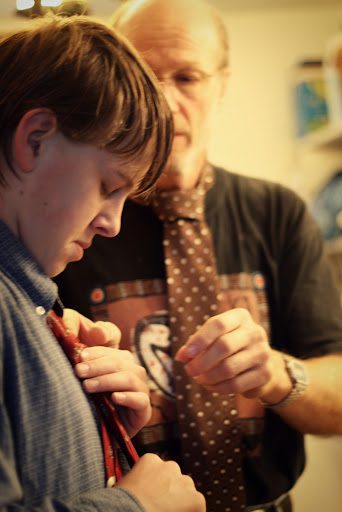 A Sunday morning lesson in tie wearing via Grandaddy. 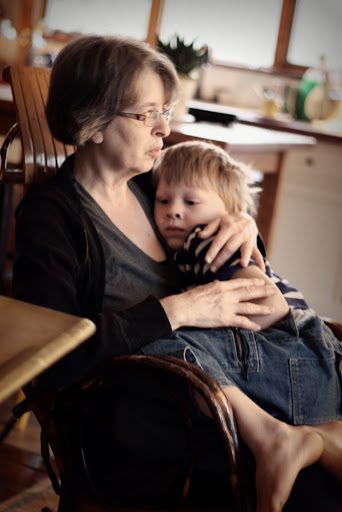 When I came down on Saturday morning, this was what I saw:
my mother, rocking my baby boy and telling him a story.
(We’re going to miss them so much.) 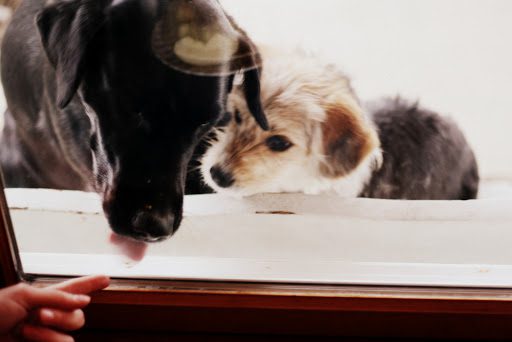 I did not take this photo.
Also, a little birdy told me that sometimes, when I’m not around,
the window gets opened and a puppy wiggles her way into the house, hmm. 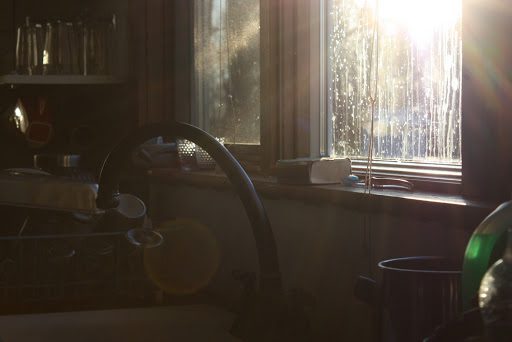 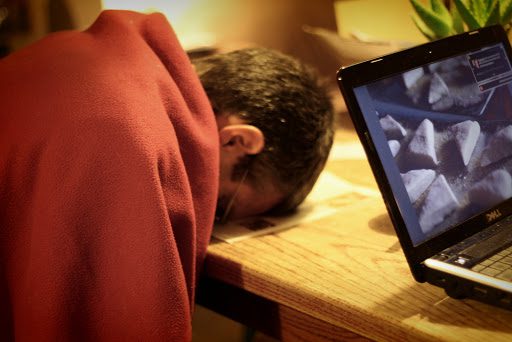 A two-for-one picture:
1. The poor guy has been working constantly.
Sometimes he pulls twelve-hour days, leaving as early as five in the morning,
working at my parents’ house for a couple hours, and then heading off to his regular job.
(And then I force him to stay up and watch Parenthood, shame on me.)
2. Supper biscuits: instead of making traditional circles,
I cut the dough into triangles. Easier, and quite pretty, too. 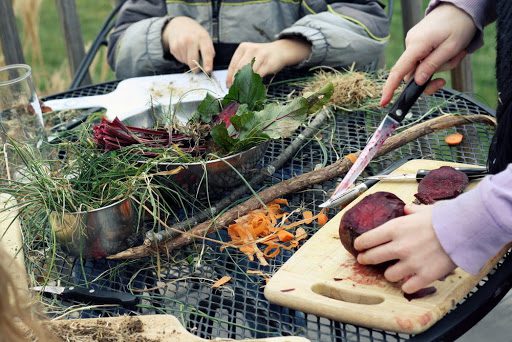 Soup making: the kids spent hours foraging for vegetables,
cutting them up, and cooking them.
Notice I did not say, “eating them”
(though they did take tastes). 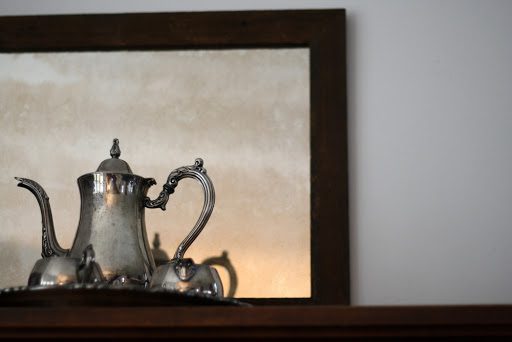 I was sitting on the sofa when I noticed the lighting in the mirror over the piano.
So I took a picture.
That’s all. 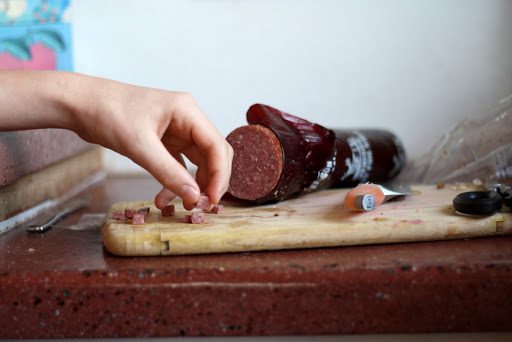 We turned my son’s first deer into bologna and now our freezer is stuffed with long sticks of the stuff. The kids love it, though they all think it could use more black pepper
and therefore smear black pepper all over their slices. 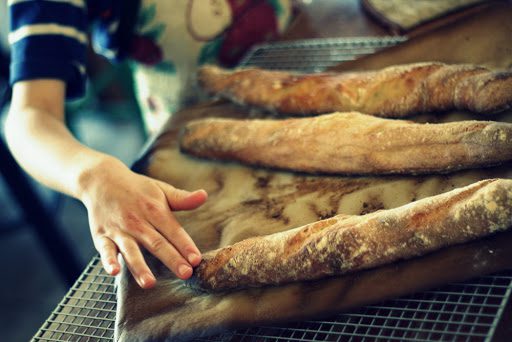 I made baguettes, which is code for “I made my family very happy.”
(Lunch that day was baguette butter-and-ham sandwiches.) 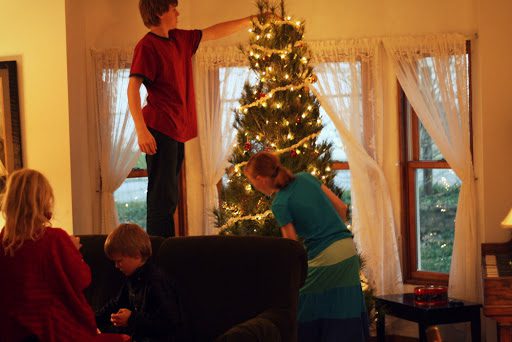 Oh, Christmas tree!
The kids put it up all by themselves while I mixed up a batch of peppernuts
and my husband worked on finances.
Not having to trim the tree is, in my opinion, one of
the perks of having growing-up kids.
A little confession: sometimes the photos in the quotidian post aren’t all from the same week. Sometimes I have leftover photos that I didn’t get around to posting and sometimes I have too many so I hold them for the next week. I just wanted you to know that. (Now I feel better.)
This same time, years previous: Friday variety, Mom’s new and improved cabbage salad, beef bourguignon, red lentil coconut curry, chocolate truffle cake, potatoes in cream with gruyere