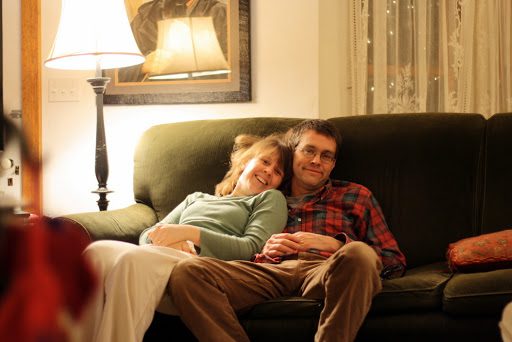 Lately, I’ve been playing with my camera.

It all started when I read Shannan’s post about photography. In her family, her husband is the camera guru. She takes pictures—good ones, too—but he’s the one obsessed. In the blog post, she and her husband talked technique and tips, but it was one little sentence that got me going. She said, “He [her husband] watches youtube videos in his free time of Asian men talking camera in British accents.”

Light bulbs flashed and bells rang. You mean I could learn some photography skeelz by simply watching some youtube videos? Well HELLO.

I got started right away. I bumbled around at first, watching a few incompetent dorks talk about nothing, but then I hit on the PhotoExtremist. This guy is most certainly not Asian, and he doesn’t have a British accent, but he knows his stuff. Or at least he knows a lot more than me and can explain it in simple terms and that’s exactly what I’m looking for.

Last night I read a quote on Facebook and then hollered up the stairs to my husband, “Hey, honey! Do you know who said this? ‘If you can’t explain it simply, you don’t understand it well enough.’”

His response was immediate. “Albert Einstein!”

How in the world does he know these things? I never would’ve gotten that right!

Anyway, my point is, the PhotoExtremist explains things very simply.
Therefore, I (and Albert) believe he probably understands that of which
he speaks.

Compared to the PhotoExtremist, I know nothing. For example, I’ve had my camera for nearly two years (or is it more than two years?) and just last night I learned how to set the self timer so I can take pictures of myself.

And then I said something about how it would be neat if I had a remote for the camera and my husband told me that I do.

It was in the drawer, lifeless for want of a battery, but all that is going to change in the immediate future.

Also, I learned what spot metering is. I’ve been doing it all along—I just didn’t know what it was called. And I learned (a good deal more) about white balance. And I learned I want photoshop and some flashes. And maybe a couple lens filters, stop me now.

This morning after getting the kids to do a bunch of clean-up and some Spanish, we all piled onto the couch to watch some PhotoExtremists videos. He succeeded in inspiring us all, so we spent the rest of the morning playing.

The kids helped me set up a work room: the toy closet under the stairs. They brought down a bed stand for our photography table and helped me tape my black skirt to the wall for a back drop. Then they took turns being shut up in the closet helping me make some smoking hot photos. 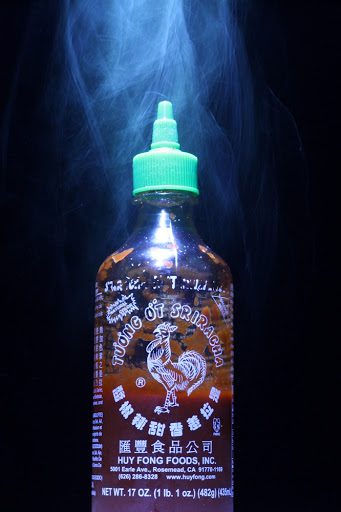 The hot sauce was an obvious first choice. 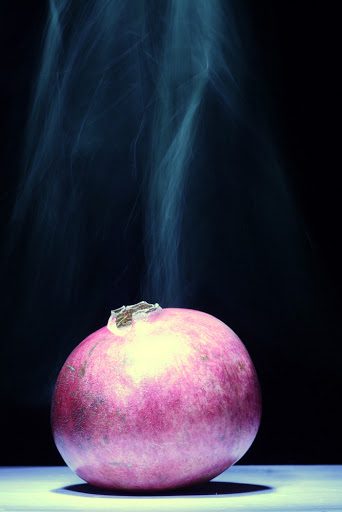 My older daughter wanted to try the pomegranate. 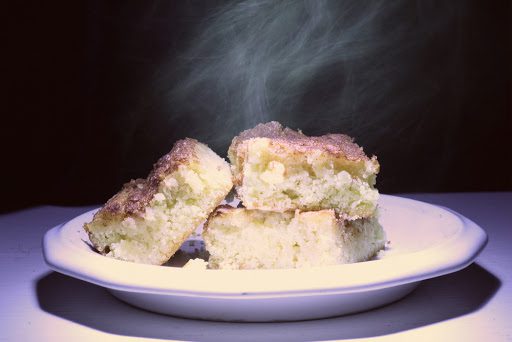 I tried some butter bars. 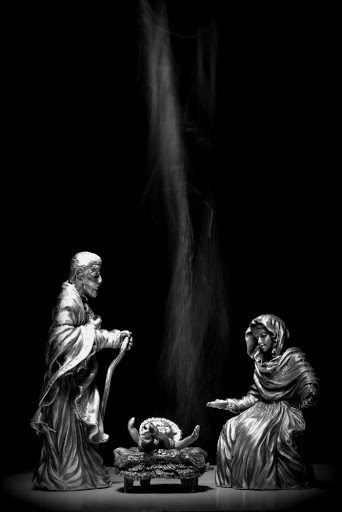 And then my younger son wanted to do the nativity scene.

Any guesses as to how we’re doing this? No cheating!