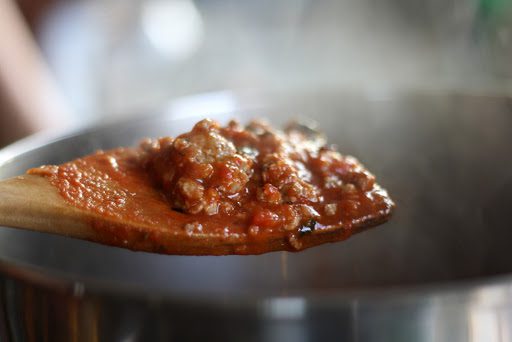 I made baked ziti last week. And then, because it was so good, I made it again.

When I told my girlfriend I had made some amazing baked ziti for supper, she asked, “So how is it different from regular baked ziti?”

I looked at her blankly. “I don’t know. I’ve never made baked ziti before.”

She sucked in her breath like I had slapped her. And then she simultaneously snorted and almost fell out of her chair. (Or maybe she was just bending over to reach her cup of tea on the coffee table?)

Up until then, I didn’t realize that my lack of baked ziti knowledge was that shocking. Now I know.

I got the recipe from Ree’s blog. The pictures of the meaty ragu sauce won me over. I had to have it STAT.

I did hesitate a little, though. What with two pounds of meat and two-and-a-half pounds of cheese for just one pound of pasta, the recipe felt a bit excessive. Just a wee little bit. 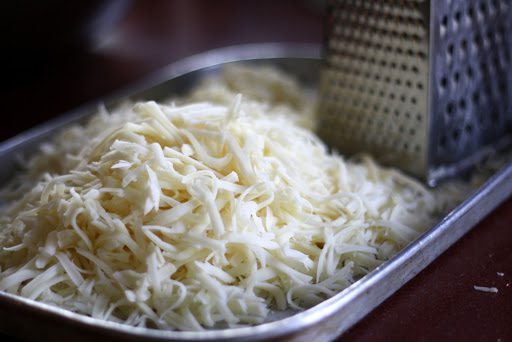 But I had a good excuse for making the recipe! Two excuses, to be exact. One, I had (still do, in fact) a lot of meat in the freezer that needed to be used up before we leave the country, and two, my husband had been (still is, in fact) working his buns off and could stand to have a meaty meal (or three or eight) to bolster him onward ho.

So I made it and my husband swooned. And then I made it again because my parents were staying over and I wanted to spread the baked ziti joy. That night we were lucky enough to have a couple leftover baguettes to sop up the juices. Carbs on carbs—so, so, so good. 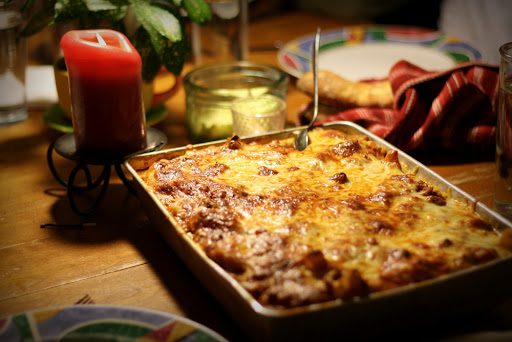 In a large saucepan, saute the onion and garlic in the olive oil for a few minutes. Add the meats and cook until browned. Drain any extra fat (I didn’t have any).  Add the tomatoes and tomato sauce and the herbs. Simmer for about thirty minutes. Add salt and pepper to taste.

Cook the ziti in salted, boiling water until not quite al dente. Drain and set aside.

In a large bowl, mix together the egg, ricotta, two cups of the mozzarella cheese, the Parmesan, and some salt and pepper. Add the cooked pasta and four cups of the meat sauce.

Bake, uncovered, at 350 degrees for about 20 minutes or until brown and bubbling. Let cool for about 10 minutes before serving.