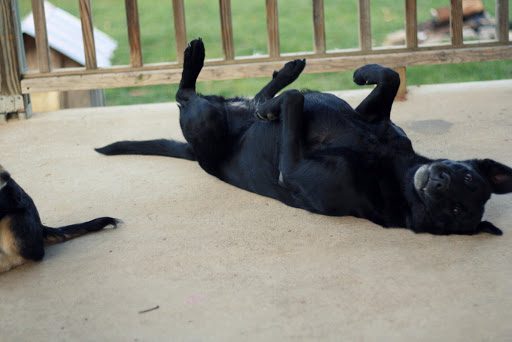 I was the last one up this morning. My husband had already left to go work at my parents’ place and the kids were putzing around the house. I thought my older daughter was still asleep—she was burning up with fever when my husband carried her up to bed last night—but then I went outside and discovered her sitting on the porch bench. She was watching the dogs.

They were in fine form, spinning in circles, nipping at each other, tails wagging. 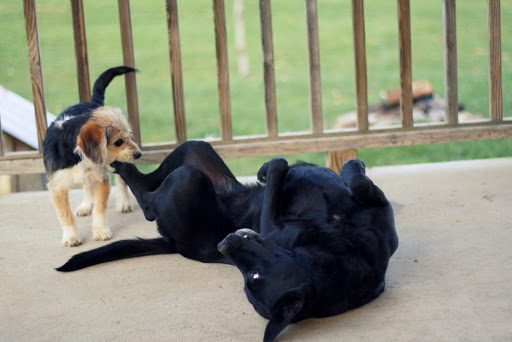 So I went back inside, got my camera, and joined her on the porch. 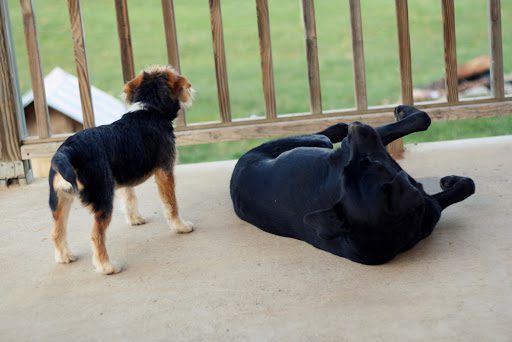 Francie and Charlotte have become pretty good friends. Sometimes I look out the window and see Francie lying in the sun, Charlotte curled up right underneath her chin. They still sleep apart, though. I think Francie is a little possessive of her dog house. Can’t say I blame her, really. 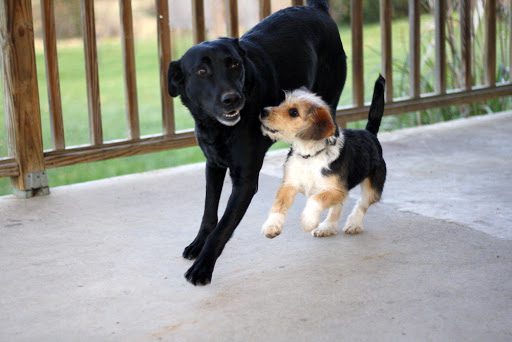 Over the last several months, Francie has lost seven pounds. Charlotte gets all the credit. She is a taskmaster. She’s constantly jumping up at Francie. For some reason, she always goes for the mouth. She chomps down on Francie’s lips and hangs on. Francie doesn’t seem to mind. 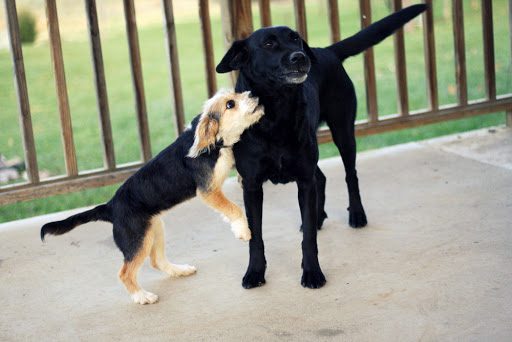 Until she does. Then Charlotte goes flying. 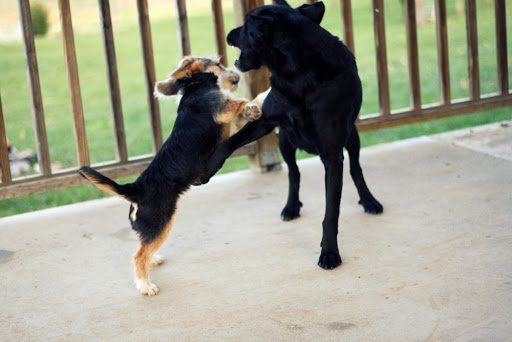 She comes right back for more. There is no stopping that puppy. It must be the collie in her. 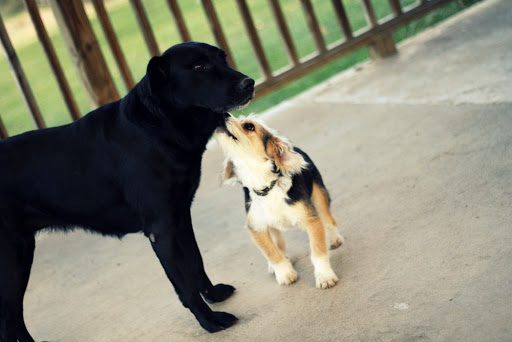 The other place Charlotte goes for is Francie’s under-the-chin skin. She practically swings from it. Makes me crazy. Not because I think it hurts, but because of all that stretching. When you get to a certain age, you don’t even touch the under-the-chin skin for fear of making it saggy waggy.

It appears Francie doesn’t share my hang-ups. She doesn’t even flinch. 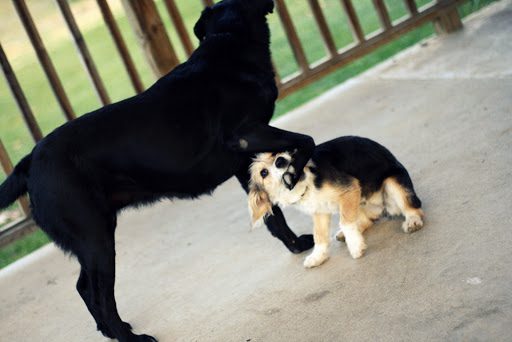 Francie’s toes are another Charlotte specialty. Francie tries to politely disengage by stepping over and away, but Charlotte just clamps down. It reminds me of when I had babies and I’d tried to get up off the floor and they’d lunge for my ankles and hang on. 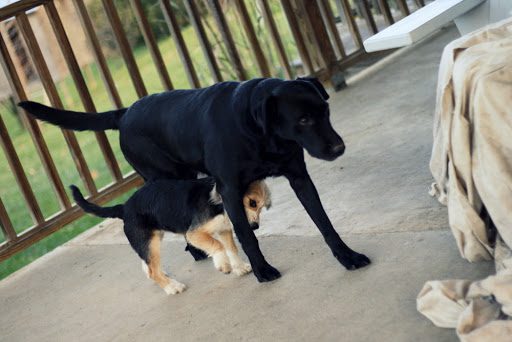 The dog elbows are another attack point. Charlotte will run right up under Francie and grab hold. Francie’s tried all different techniques to discourage this behavior—the side step, the speed walk, the trip-hop, the ear bite. None of it works. Charlotte still loves to gnaw on those joint bones. 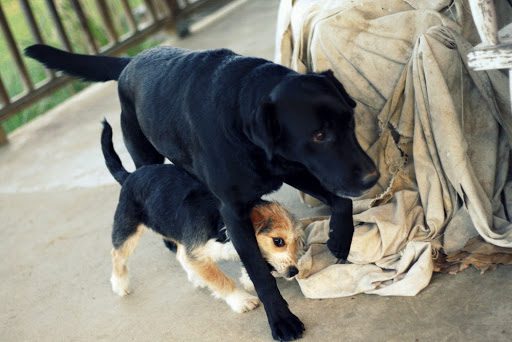 And you know what? In spite of all the chin-skin hanging and elbow-bones nipping, I think Francie secretly likes the obnoxious little twit.

P.S. Charlotte has been catching and eating moles. Sometimes she gets two a day. And when Francie gets one, Charlotte runs up, steals it, and gulps it down. I bet she’d be as good a mouser as a cat. Maybe even better.