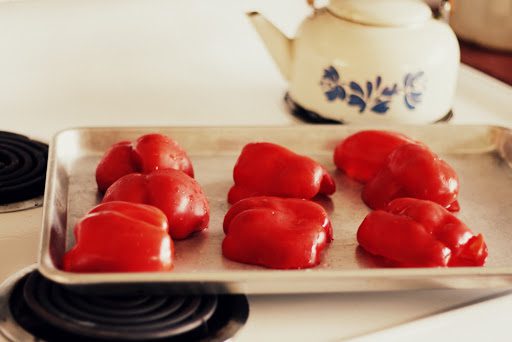 Have you noticed that I haven’t been writing about food much anymore?

I know that some people classify this as a food blog. I think I must be a terrible disappointment to them. Especially after the boxed cake and KFC dinner. I’m such a fraud.

(An aside: the other day I was on the phone with my mom and I told her—I don’t remember what we were talking about—that I felt like a fraud. “What?!” she said. “A fraud,” I said. “Excuse me?” she said. “A fraud!” I bellowed, “I feel like a FRAUD!” And then she busted up laughing. She thought I was saying “frog.”)

I still cook, of course, but it’s often out of necessity, not frivolous pleasure. Not that cooking out of necessity can’t be pleasurable, because it can. But I’m not cooking just for pleasure—I used to do that all the time. Back in the day.

(Though couple afternoons ago I got the urge to cook, to make something just for the sake of making something. It felt really weird, that little urge did, which just goes to show you how my cooking urges have shifted. Or faded. Or been drowned out. Something.)

I’m still cooking and writing for the newspaper, of course. I forgot to alert you to the article from a couple weeks ago, and the most recent column just came out on Wednesday. So let’s play catch up, shall we?

The former column was about bulk cooking (I told you I’ve been cooking with a purpose!) and the recipe was golden chicken curry. I’ve written about it here before. We like it a lot. 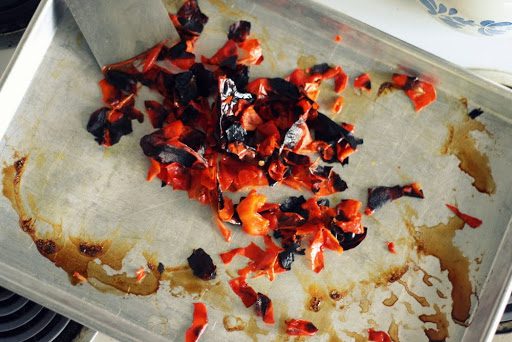 The latter column included a new recipe: roasted red pepper soup. My aunt served it at the soiree, and I made it when I came home. I’ve been drinking a mugful every day for my lunch.

Yesterday I finished off the last of the batch. So sad. 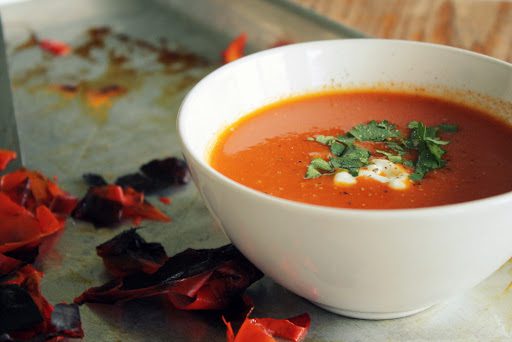 Roasted Red Pepper Soup
I’ve adapted my aunt’s recipe. She had adapted hers from one she found on My Recipes.

Cut the peppers in half, remove the seeds and white membrane, and place
on a baking sheet, cut-side down. Broil for 15-18 minutes until the
skins are blistered black. Put the roasted peppers in a bowl and cover
tightly with plastic. Allow them to steam-soften for about 10 minutes
before peeling off and discarding the skins.

Saute the onions and garlic in the oil over medium high heat until
translucent and soft. Add the roasted peppers, tomatoes, chipotle
pepper, and paprika. Simmer for several minutes. Blend until creamy
smooth.

Return the soup to the kettle, add the broth, lemon juice, salt, and
pepper to taste. Heat through and taste to correct seasonings. Ladle
soup into bowls and garnish with dollops of sour cream and cilantro.