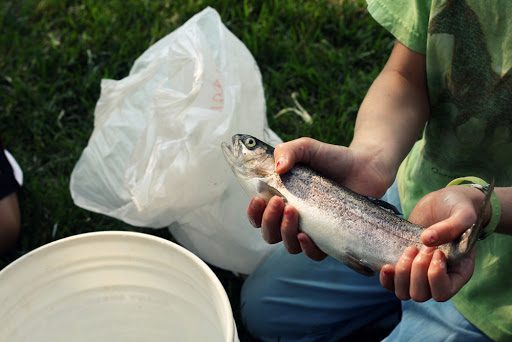 In our church, kids get to pick a mentor when they enter the sixth grade. The pair stays together until the kid graduates from high school. The goal is simple—to have another invested adult in their life—but profound. My son and his fun-loving, high-energy mentor have done all sorts of activities: swimming, hiking, biking, sledding, and they’ve attended sports events and movies. Most recently, they went to a trout farm to go fishing.

“We’ll come over to your house afterwards to cook them up,” the mentor told me. “But I can’t promise that we’ll actually catch any…”

But they did! Four whole pounds worth! 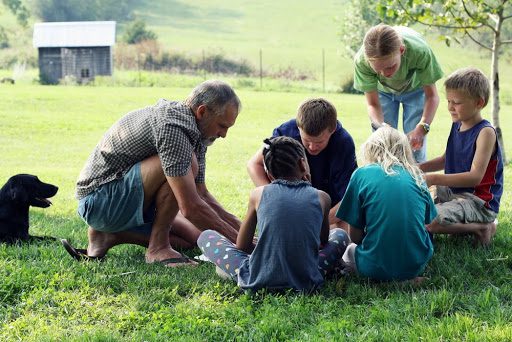 Back at our house, we had a full-family adventure on our hands: fish cleaning, fish grilling, and fish eating. 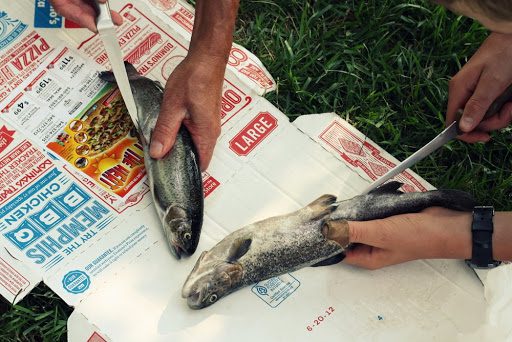 Our landlocked, fish-deprived kids were in fish heaven. 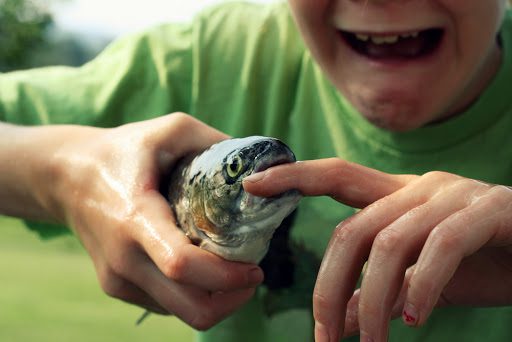 They thought it hilarious when the fish would slip out of their hands. They were intrigued by the eyeballs, the teeth, the guts. 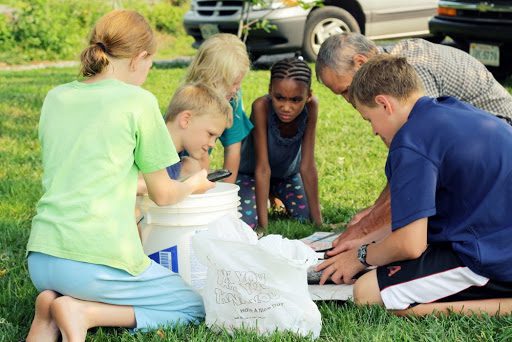 Our Fresh Air girl wasn’t so sure about all the fishy hoopla. She was grossed out by the guts and the slippery-slimy fish, but she did eventually touch one. 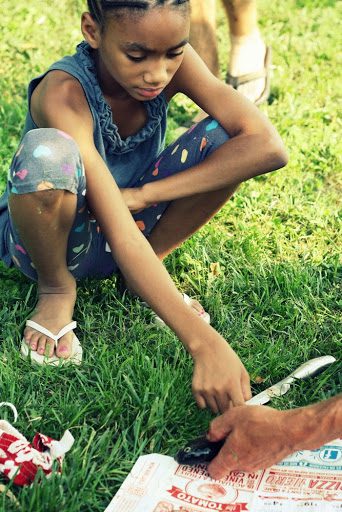 I left the grilling of the fish up to the mentor and the kids. 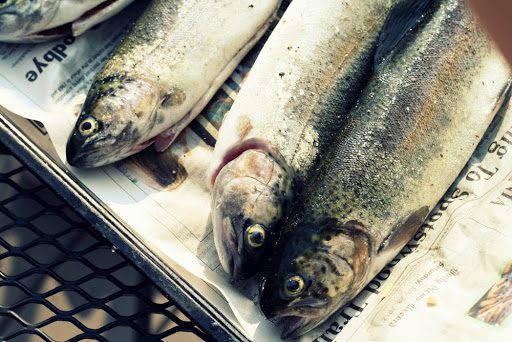 They seasoned the fish with salt and pepper and lemon before placing the whole fish on strips of bacon on the grill. 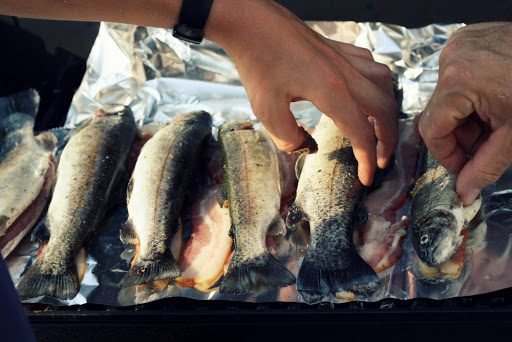 “It’s fun to leave the heads on, don’t you think?” Mr. Mentor asked, and we all agreed.

When the fish started flaking off the bones, it was done. 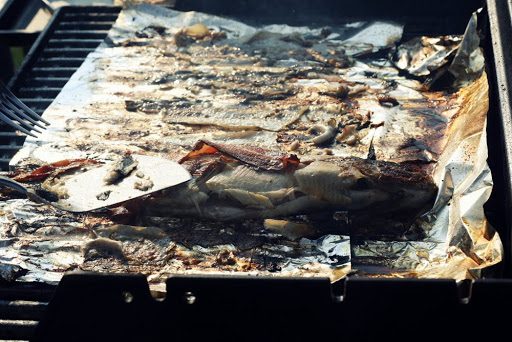 I have no good pictures of the finished fish. The kids, so excited to eat, kept picking at the fish, stealing bites.

Mr. Mentor showed us how to peel the meat off on one side and then, by gently lifting the tail, to remove the bones all in one piece. It was like a magic trick.

The kids tasted the crispy tails—“it’s like chips!”—and marveled at the falling-out eyeballs. We talked about how lots of people (mostly in other cultures?) will eat the fish heads, but no one was brave enough to do a taste test. 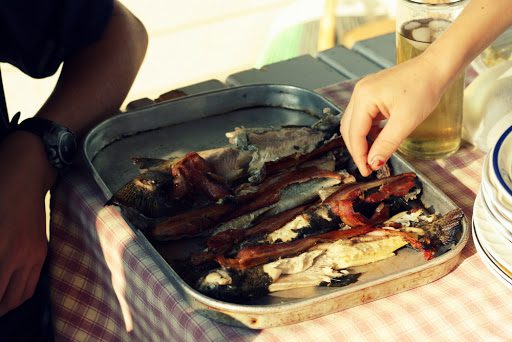 cleaned, fresh trout, however many you can catch
bacon slices (1 or 2 per trout)
fresh lemon
salt
black pepper

Season the trout with lots of salt and black pepper and dribble with lemon, both inside and out.

Put a piece of tinfoil on a medium-hot grill and lay the strips of bacon on the foil. Put the trout on the bacon. Close the lid and grill till crispy brown on one side. Flip, taking the bacon with the fish, and grill on the other side. When the fish flakes, it’s done. (At least I think that’s the process. I didn’t grill the fish, and I wasn’t even watching very closely.)

Serve with lots of fresh lemon, salt, and pepper.

This same time, years previous: getting my halo on, how to can peaches, story of a broken butt, a bout of snarky, sanitation and me, orange-mint tea, Friday snark, last year’s fresh air experience, kill a groundhog and put it in a quiche, fresh mozzarella, on drying food