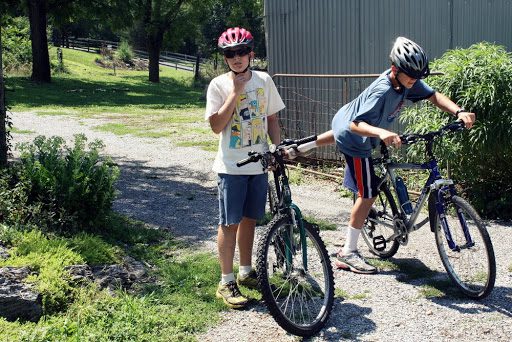 The boy wanted to ride his bike into town, but his mother and father were a little hesitant. It was a long ride—eleven miles—and much of it was on a four-lane road.

“You need to ride it with an adult a couple times first,” they said.

So over the course of a few months, the boy rode to (or from) town with a good friend from church who happens to love biking.

Gradually, the boy’s parents warmed to the idea of him riding the route by himself. The boy was a big kid, and he looked older than his age. He was certainly strong enough to do the ride. Also, he had a fairly level head, though as is the case with most boys, he was inclined to do stupid things on occasion.

“Shouldn’t he have a cell phone with him?” the boy’s father wondered.

“Nah,” the mother said. “If he gets a flat or crashes, he can flag down a car or knock on some door. It’s not like he’ll be in the middle of nowhere. And,” she added, “if he crashes and dies, well then, in that case he wouldn’t be able to call us anyway.”

“Did you really just say that?” the father gasped in (only semi) mock horror. “I can’t believe you just said that!”

The truth was, the mother was pretty nervous about the boy riding his bike while cars sailed past him at 60 miles per hour. One little mishap and the unthinkable could happen—

So she didn’t think about it.

Despite her cool-headed logic, when the first opportunity came for the boy to have a non-adult accompanied ride, the mother said no.

The boy had been spending the night at his friend’s house in town, and just before bed, the friend called the mother. “Is it okay if we ride bike out to your house tomorrow?” And then he launched into a carefully thought-out recitation of all the pros and cons.

But the mother politely explained she’d rather an adult accompany the friend on the first long ride,  not her son, a peer. And then they hung up.

“Why did you say no?” the father said.

“Huh?” the mother said, incredulously. “You think I ought to have said yes?”

“The boys are both good riders, and level-headed. I think they could do it.”

So the mother called back and said yes.

The mother was in town to see them off (she had to pick up her other children from their swimming lessons), and she lectured them heartily on road etiquette. “Ride in single file at all times. Keep your heads up. Don’t do anything stupid. No goofing around at all BECAUSE IF YOU DO YOU COULD DIE! And remember, drivers are stupid so assume they can’t see you.”

“Does that mean we can ride all over the road?” The boy’s eyes twinkled.

“NO!” the mother roared.

And then she finished her death-and-doom speech with a cheery, “Have fun!” and sped off in the van.

An hour later, the boys called home (on the friend’s mom’s cell phone). “We’re almost there but we’re stopping to take a break before the long uphill stretch and didn’t want you to worry.”

And then they were home, glowing from pride and sweat, exhausted and elated. 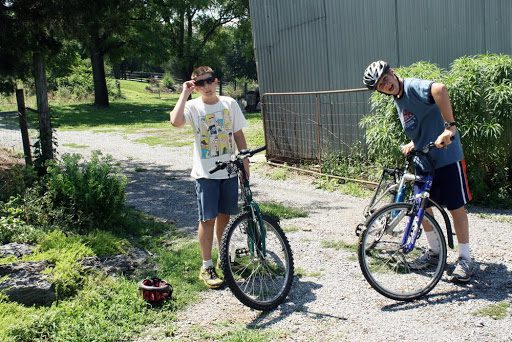 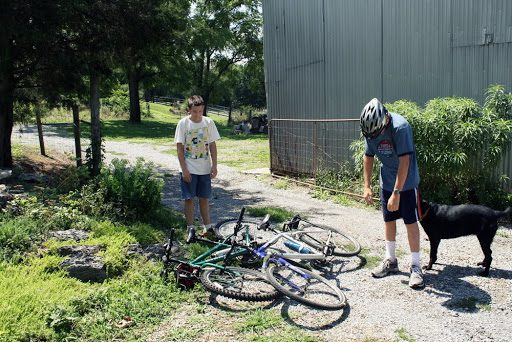 Afterword
The boys reported that when they had stopped for that breather, a kind man came out of his house and offered them cold drinks. They said no, they had water with them and had to be getting home soon. The man offered to transport them in his pick-up if they were too tired to make it. They said thanks, but no, they were almost home.

Some people might freak out over this exchange—stranger danger! eep! eep! eep!—but the mother found it quite reassuring. It reinforced her belief that the world was full of good people (at least one, anyway), and it showed her that the boys weren’t flighty little whippersnappers, eager to dash off with any random person who treated them nicely.