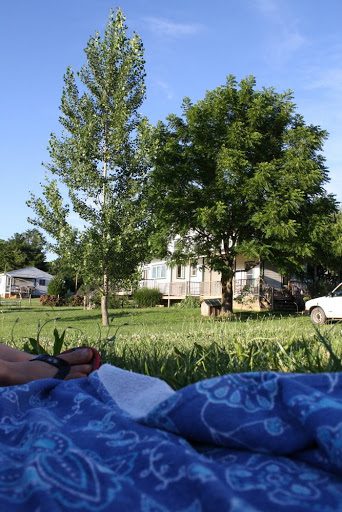 Three times this week, I got to have an evening at home. It’s a novelty, all this time on my hands. I have time to eat more than I need at supper and help with clean-up and work in the garden (begrudgingly) and read to the kids and watch Modern Family with my husband (the part where the kid was jumping on a pogo stick on the trampoline? we laughed so hard we had to stop the DVD) and go to bed in decent time. It’s nice, yes, but truth is, it’s also rather dull.

After being on such a steep learning curve for so long, pushing myself to do something so completely different from what I’m used to, The Humdrum Daily just doesn’t cut it. I feel anchor-less, indifferent, and—yes, the dread word that I use way too often—bored.

I’ll get beyond this—if there’s one thing I’ve learned in my 36 years, it’s that everything is a stage and nothing lasts (also known as Having Perspective)—but in the meantime, I’m vacillating between wanting to do something else New and Scary and trying, really trying, to nestle myself back down into the nest.

Last night I half-heartedly did some hoeing, planted the zucchini (yes, we’re late), and weeded the tomatoes before collapsing on a blanket in the yard.

This was my view—all green and blue and white. Pretty. 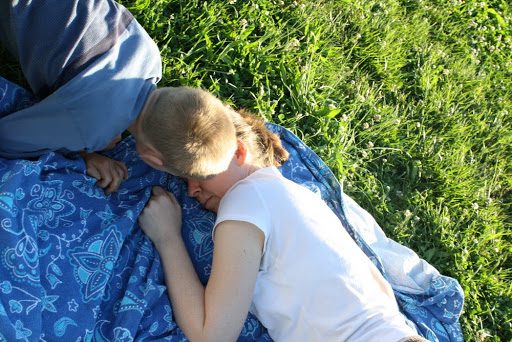 This was me being all sorts of vapid. My kid had to check to make sure I was still alive. 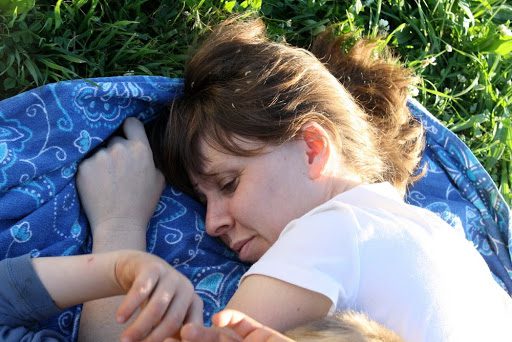 Then he used me as a pillow. 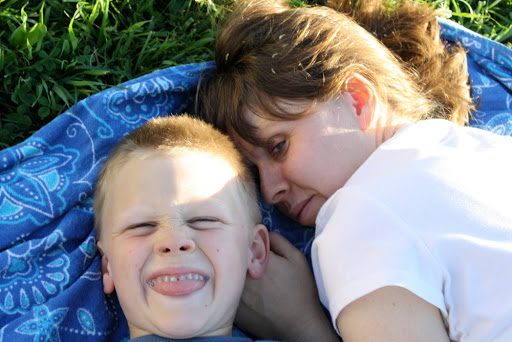 What is it with kids sticking out their tongues at the camera? Do all children do this? Or is it just my uncultured monkeys?

Eventually I realized that the sunlight was kind of pretty and so I started snapping pictures of my surroundings. 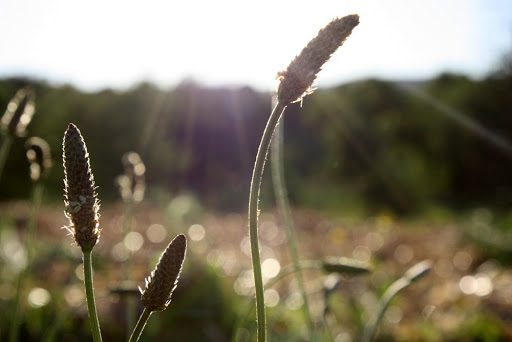 I took pictures of weeds. 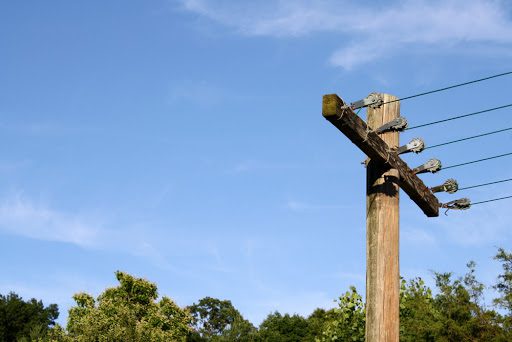 I took pictures of the clothesline. 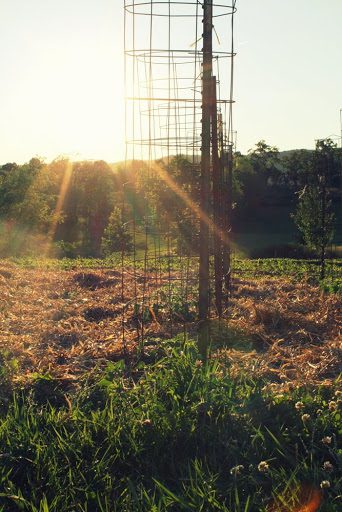 I took pictures of the tomato cages. 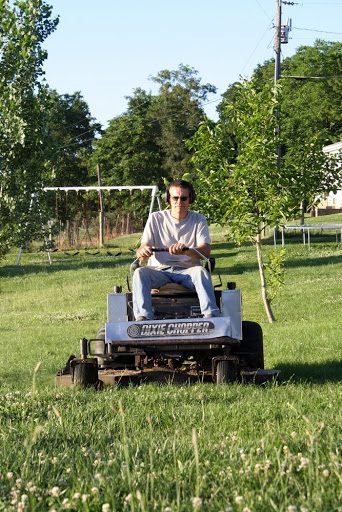 I took pictures of my husband charging me with the mower. 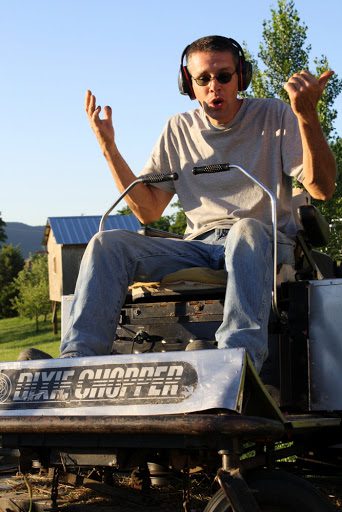 When I didn’t move, he gave me What For. 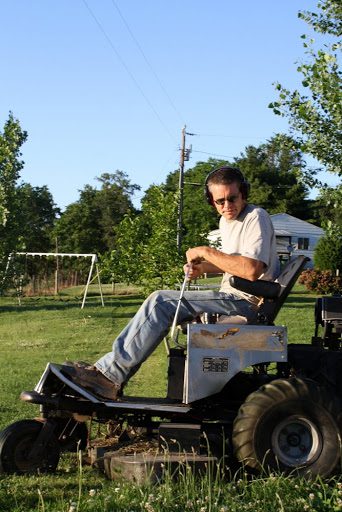 When I still didn’t move, he backed up and went the other way. 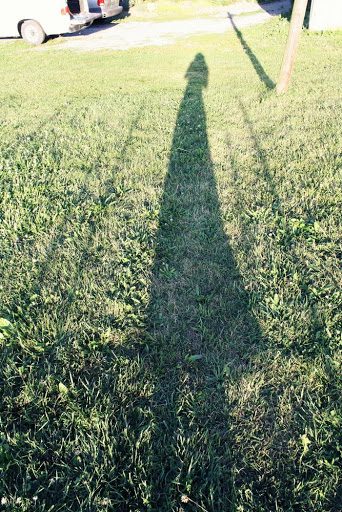 So then I moved.

This same time, years previous: when I sat down (oh look, another post on boredom!) (it’s better than today’s), how to freeze strawberries and make strawberry jam, buttered peas and brown buttered noodles with ham